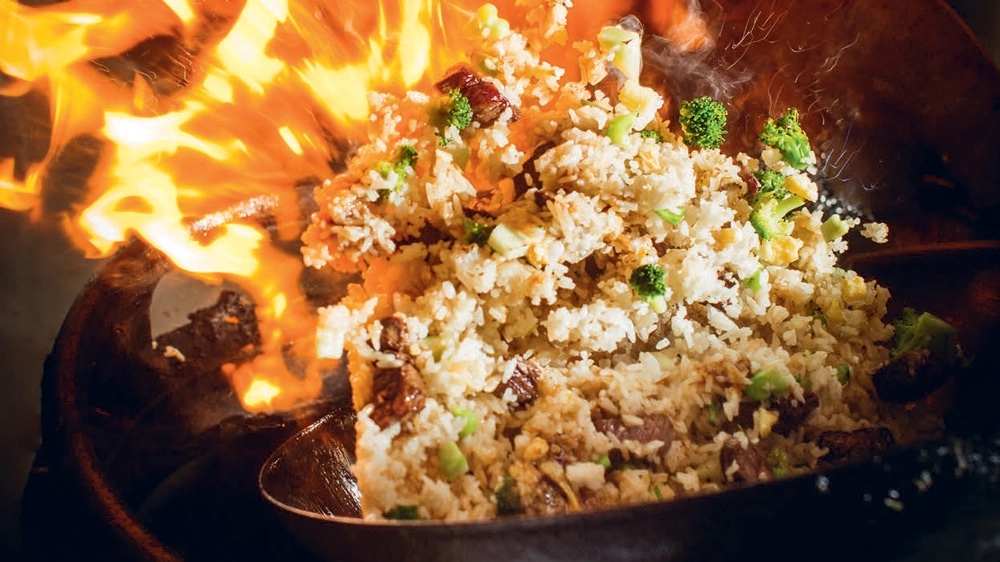 In 2016, chef Brandon Jew opened Mister Jiu’s in San Francisco’s Chinatown, occupying the space that had housed the restaurant Four Seas for nearly 50 years. It’s not like he was looking for a restaurant as ample as the 10,000 square feet he was taking over, but he wanted to preserve this building that he felt was an important piece of Chinatown history and culture. He searched for investors and used his upbringing as a chef, immersion in San Francisco’s Chinatown and travels in China to inform what he wanted with his restaurant.

“Where I arrived with Mister Jiu’s is exactly where I’ve always been: in between. A little of this and a little of that. American and Chinese. Modern and traditional,” Jew writes in his debut cookbook Mister Jiu’s in Chinatown. “It’s a place that celebrates all my influences, standing in the heart of Chinatown, the place where Chinese American food began.”

He’s thought deeply about the canon of Chinese American recipes that grew up in San Francisco and has applied his technique and California’s bounty of produce to create his restaurant that now boasts a Michelin star. And from his new cookbook, he shares his expertise to take a classic fried rice to the next level.

The whole point of fried rice is to showcase the ethereal charred, smoky flavour, aroma, and texture known as wok hei. A wok makes this a lot easier to achieve, but I’ve made it happen with a thin cast-iron pan too. Here are the secrets.

Cooking fried rice is all about immediacy, but you can begin with a mise of all kinds of leftovers. My mom, for instance, always packed doggy bags of the scraps of roast beef and rib-eye from Saturday nights at Sizzler to make the best fried-rice lunch the next day. This version uses tender marbled cuts of wagyu, chopped broccolini, egg, and a dusting of salty sīn beef heart that takes a few days to cure and may require a special order from the butcher.