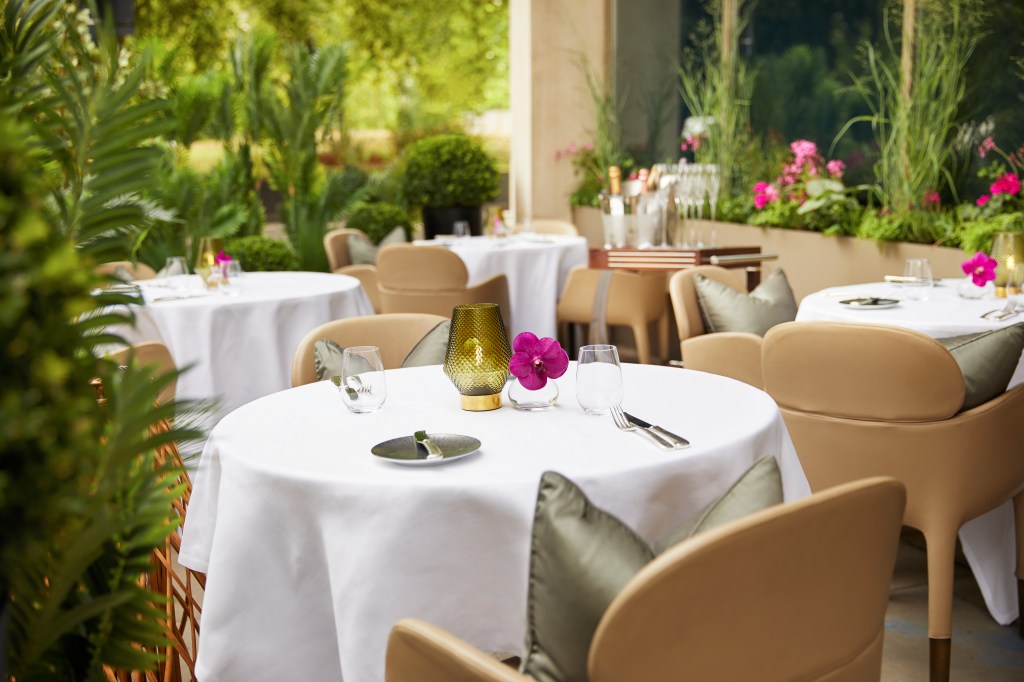 Utter the words “London steakhouse” in the 80s and 90s – a time of such gastronomic decrepitude in Britain, an establishment serving prawn cocktail was considered “a bit fancy” – and those in your company would think immediately of one of those corner restaurants dotted around Leicester Square and Piccadilly Circus with plate-glass windows, garish neon-red signs and, inside, velour banquettes and tufted leather upholstery. Even in the swankier London restaurants of the time, serving the best cow flesh the capital had to offer, the only marbling you’d find would be on the veneer panelling in the bathrooms.

But Britain’s culinary credentials have come a long, long way since former French President, Jacques Chirac, remarked that “one cannot trust people whose cuisine is so bad”. And one of many major milestones along the capital’s journey – the major milestone for steak lovers – came a decade ago, when Wolfgang Puck, by then having honed a global reputation as a tour de force in casual fine dining with Los Angeles as its centre of gravity, set up his CUT concept at a then new hotel, 45 Park Lane, owned by the Dorchester group.

A second milestone came in July 2014, when CUT became the first London establishment to serve Japanese Wagyu beef on its menu. And, a third came last year when Jamie Shears moved from his native Torquay to London to become Executive Chef, bringing with him an intention to use fish from his hometown, and to elevate the restaurant’s vegetarian and vegan dishes, as well as its steak repertoire: shortly after his arrival came a full-blood Wagyu, dry aged for 21 days, not from Japan but from the miniscule Earl Stonham Farms in Suffolk.

Robb Report’s experience, due to tempestuous weather, took place inside: but summer visitors are advised to request a table on the hotel’s much-lauded al fresco terrace ‘CUT Out’ – think greenery, elegantly appointed fairy lights, fur throws, fresh flowers and lanterns – which flanks a stretch of pavement on a quiet part of Curzon Street, and where the full menu is served along with cocktails from BAR 45. In fact, you may wish to be seated next to the heavily laden teak serving cart devoted entirely to a concoction which has become indelibly associated with this establishment: the negroni.

A suitably light starter, given what was to come, took the form of a stacked pillar of zingy pleasure made up of butter lettuce, avocado, stilton and champagne herb vinegarette; the yellowtail and rice salad that followed also knew its place on the satiety index, given the act headlining the bill.

The main course was an exercise in juxtaposition: two different hunks of steak, one a ribeye, one a filet. Popular wisdom amongst carnophiles dictates that the former should pack more nuance of flavour, the latter a more expressive texture: to an extent they did, but it’d take a curmudgeonly diner to complain of how either performed on both fronts – and they’d read our minds when it came to the seasoning and the black-to-red/charred-to-bloody gradient. The sides – a gorgeously fluffy dauphinois potatoes dish, mushroom shishito and broccoli-rapini – were mostly forced to watch proceedings from the bench.

Shears has introduced plenty more to the menu if steak is not your thing – including Cornish sole à la Meunière, Korean style lamb rack and bulgogi, Porthilly rock oysters with CUT hot sauce – but the steak options offer the starkest indication of how far London’s culinary prowess has become since rubbery slabs of rump in the West End were the default option for people craving a pre-theatre protein and iron hit.

Positive restaurant experiences right now are leaving diners torn between weeping with joy at London’s turbo-charged culinary scene having awoken from forced hibernation, or with regret over how long it was dormant. As for this one, is it time for Puck – caterer to the Oscars – to receive his third gong from Michelin?