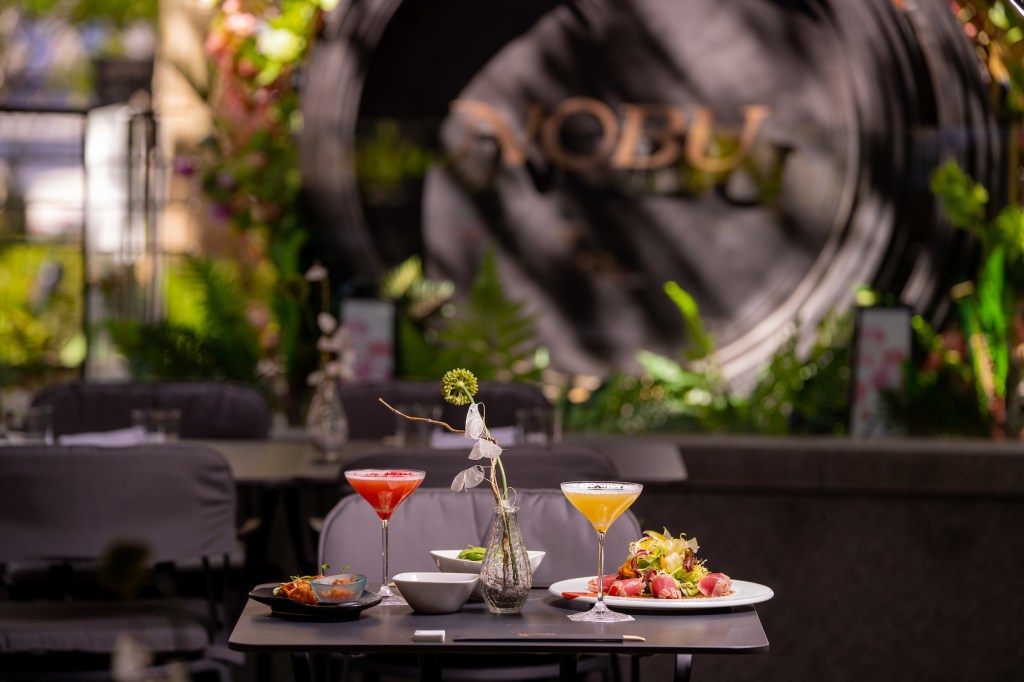 “I’m sure one of the frustrations of being a Western enthusiast of Japanese food and culture,” American epicurean titan Anthony Bourdain once said, “is you’re confronted every day with the absolute certainty that you will die ignorant.”

Bourdain was probably far more clued up than most about Japan and its culinary heritage. Those of us with the average layman’s knowledge, though, will find an evening in the Roku Japanese Gin Garden at Nobu Portman Square – a pop up devised by the eponymous hotel group (which was founded by Nobu Matsuhisa, Robert De Niro and Meir Teper) and House of Suntory’s Roku Gin, right in the heart of London’s Marylebone – an edifying experience indeed. 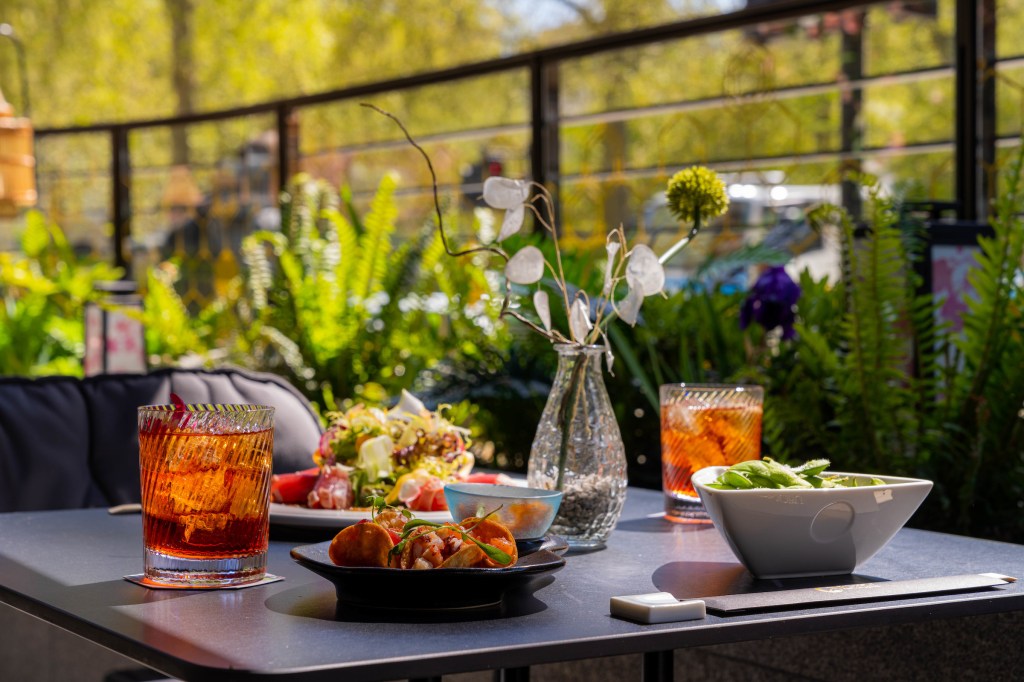 For a start, having settled down amongst Japanese flora and foliage mingling with soft pink lanterns that emulate the glow of Sakura flowers, visitors will learn that the Japanese gin can be as accomplished as its whisky (which seems to be growing more popular with each passing month). Japanese vocabulary you’ll pick up includes words such as “shun” (the concept of consuming natural food at its seasonal peak); “Haru” (Japanese spring, as evoked here by the floral, sweet cherry blossom aromas of the Roku Gin cocktails); and  indeed “roku” itself, Japanese for six, and a reference to the number of botanicals unique to this particular gin (sakura flower, sakura leaf, sencha tea, gyokuro tea, sanshō pepper and yuzu peel, which sit alongside traditional gin flavourings such as juniper, orange peel, lemon peel, coriander and cinnamon).

When it comes to the food, Nobu’s generously sized, tony Japanese-meets-Peruvian restaurant has fast become one of Marylebone’s destination eating venues since the hotel opened, in poignantly untimely fashion, in December 2020. Pioneered by celebrity Chef Nobu Matsuhisa, who spent years studying Japanese cuisine in Tokyo and was long a darling of Los Angeles’ restaurant scene (bizarrely, he’s also found time to play minor roles in Casino alongside De Niro, as well as Austin Powers in and Memoirs of a Geisha), the menu has been designed to pair with the fresh summery cocktail selection. 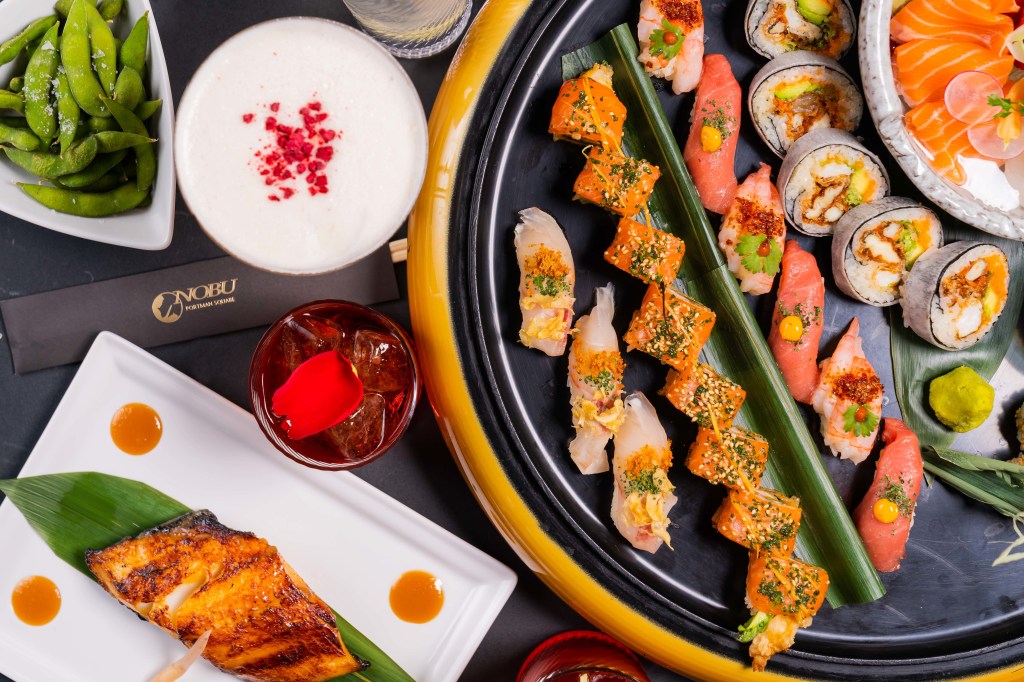 His speciality is black cod in miso, and here it comes caramel-tinged, just-flaky-enough and also in the Goldilocks zone in terms of subtlety of taste. Another signature, yellowtail jalapeño, also revealed its molecurlar perfection with a single prod of a chopstick, whilst the yuzu soy sauce, garlic purée and sliced jalapeno with which it came sang in perfect harmony. His just-rich-enough teppanyaki beef dish, meanwhile – which comes medium rare, but you can cook it further yourself against the by searing it against the edge of the black iron dish with your chopsticks – is as succulently decadent as any you’d expect to taste in any of the 230 restaurants in the Japanese capital out of its 150,000 total (New York has around 27,000) to boast a Michelin gong).

The frenetic team of chefs in the open kitchen behind the sushi counter also put out a wealth of nigiri and sashimi options as well as Japanese tacos, classic bento boxes, salads and starters, while hot mains include head-turning shrimp and lobster with spicy lemon dressing and lobster wasabi pepper.

Running to 31st July, it’s a drinking-and-dining experience that’ll turn a dabbler’s penchant for Japanese cuisine into full-on, literal hunger for more. The added bonus being, you get to indulge, knowing that you’ll now shrug off your mortal coil a tad more informed.