If you’ve marvelled at intricately hand-painted porcelain dials of timepieces from the likes of Blancpain and Hermes, you’ll be missing a trick if you don’t take in a new exhibition from New York and Tokyo based Ippodo Gallery – The Garden of Dreams: Porcelain Stories by Yuki Hayama, the artist’s second solo exhibition at the gallery.

Yuki Hayama grew up (and remains based in Arita), the world’s centre of gravity for artisanal porcelain work – left school at 15 to apprentice with a local porcelain workshop before opening his own atelier at 24. Blurring the lines between pottery and painting, each work is the result of several stages. Historical research for a background narrative comes first – often involving eclectic blends (one work combines the Chinese legend of Chang’e Benyue and Artemis from Greek mythology). 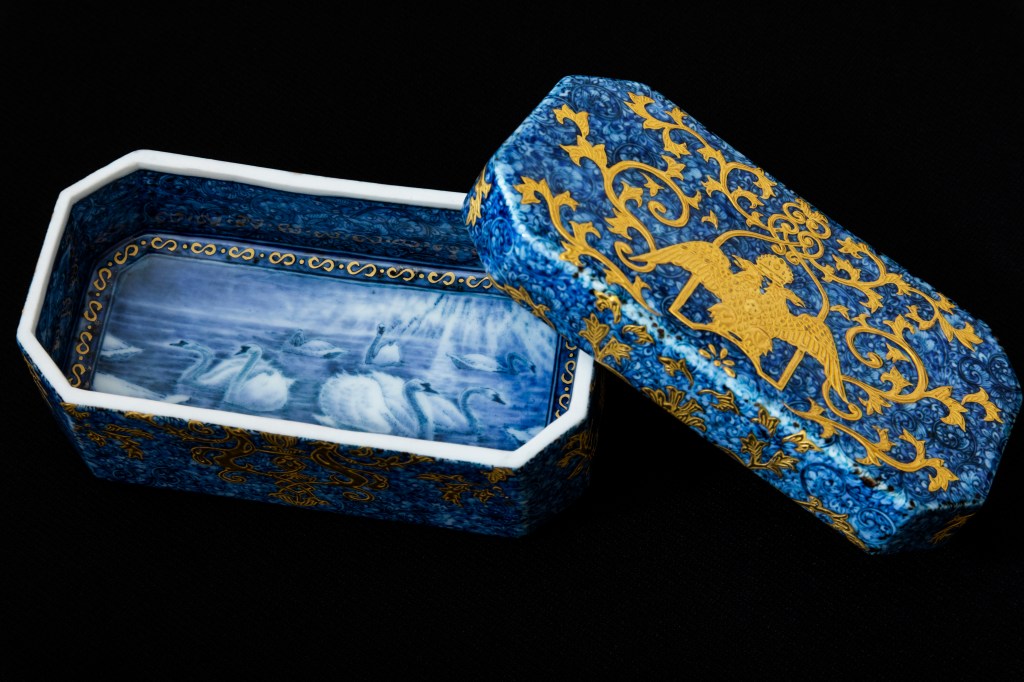 Once a specific style that will characterise the piece has been formulated, it’s time for hen the physical creation of the object, often using a traditional potter’s wheel. After an initial bisque firing in a kiln, Hayama undertakes the ‘etsuke’  (painting) process without any guiding sketches, instead relying on often over 100 memorised patterns. At this stage, the porcelain’s surface remains porous, so a further five traditional hand-ground glazes made from natural materials are applied, Hayama meticulously layering the pigments to create as many as 72 colours, re-firing his works up to 12 times to achieve the hues he requires.

The Garden of Dreams exhibition, according to the artist, explores ideas of creation, recreation and rebirth. “Even when broken, fragments of ceramics remain, never to be totally destroyed but serving as a bridge between the past and the people of the future,” he says.

The Garden of Dreams: Porcelain Stories by Yuki Hayama runs from April 30th to May 28th at the Ippodo Gallery, 32 E67th Street, New York. By appointment only.