By Robb Report staff in partnership with The Craft Irish Whiskey Co. on March 26, 2021 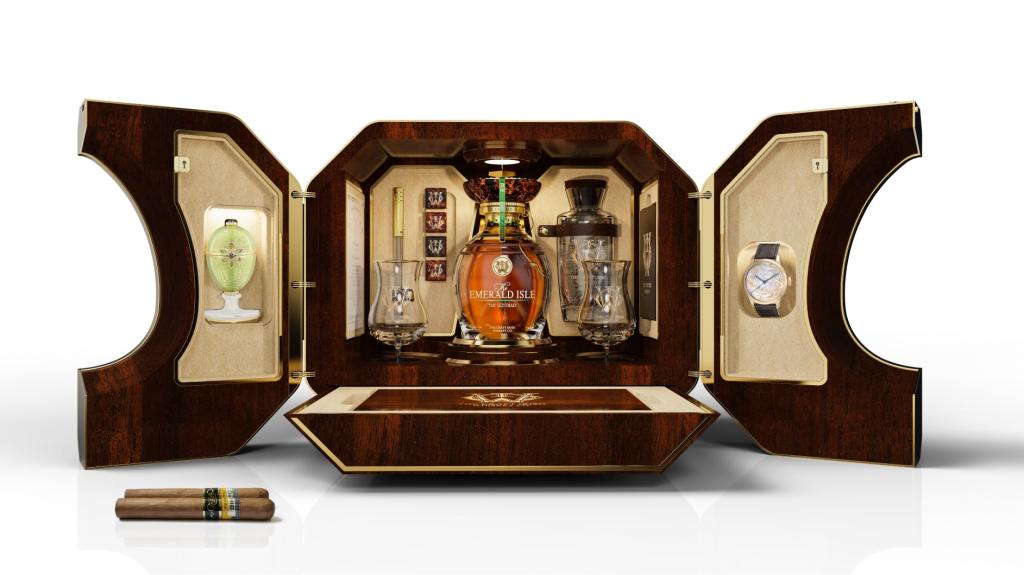 Here’s a little-known fact: whiskey was originally produced in Ireland in the 14th century, around 90 years before its cousin “whisky” was being made in Scotland. Geopolitical factors (two world wars and America’s prohibition among them) saw Irish whiskey suffer a decline, with Scotch whisky – which is usually double distilled, whilst Irish is invariably triple-distilled – dominating the scene since the 1950s.

Now Irish whiskey is enjoying a renaissance. Leading the resurgence is The Craft Irish Whiskey Co., which was born from a conversation the founder Jay Bradley had with his late father about a single mission: to create the finest whiskeys Ireland had ever made and redefine Global perceptions of luxury in the spirits world. 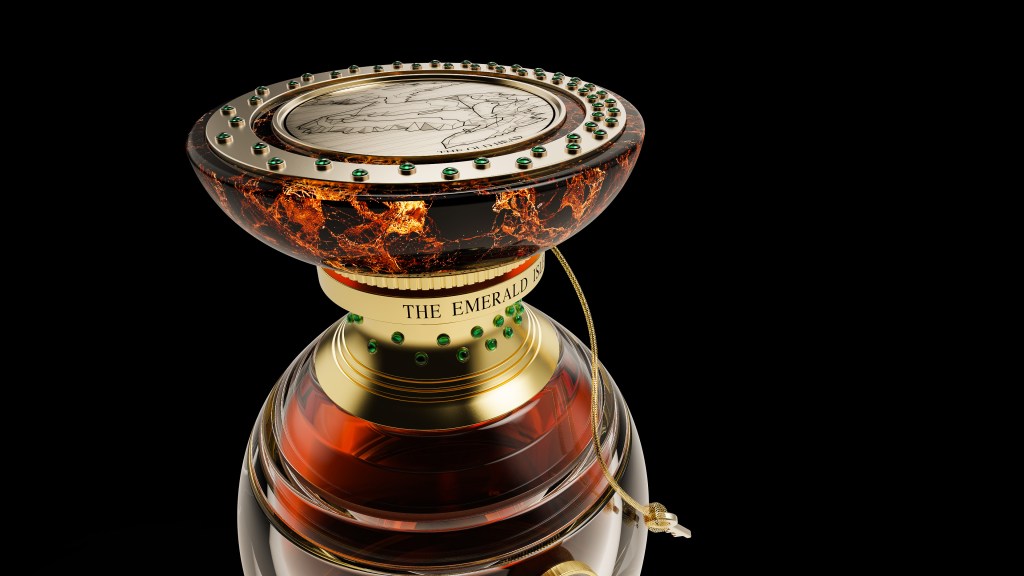 The Emerald Isle Collection, which is the set you see before you, is testimony to The Craft Irish Whiskey Co.’s unique approach to whiskey creation. Developed in partnership with Fabergé, and named Emerald Isle in homage to Ireland’s natural beauty, rich heritage and mythology, the stunning collection’s first edition became the world’s most expensive whiskey collectors’ set on St. Patrick’s Day (17th March) when it sold for $2 million (around £1.45 million) in a private sale, achieving a new world record. All proceeds were donated to the Correa Family Foundation, a charity supporting children affected by cancer.

The remaining six Emerald Isle experiences boxes will be available to purchase at auctions and events in key cities throughout 2021. And, as well as collectors and connoisseurs, investors may well find their interest piqued. Last year, The Craft Irish Whiskey Co.’s sister company, Whiskey & Wealth Club, noted a significant rise in interest from risk-hedgers seeking out alternative investment opportunities. Which, in these turbulent times, makes sense: property, stocks and shares and crypto currencies, after all, are all tied to financial markets, whereas whiskey is only tied to stable factors such as its age and scarcity. Even if the market is not at a peak, leaving your stock to mature further enhances its value. 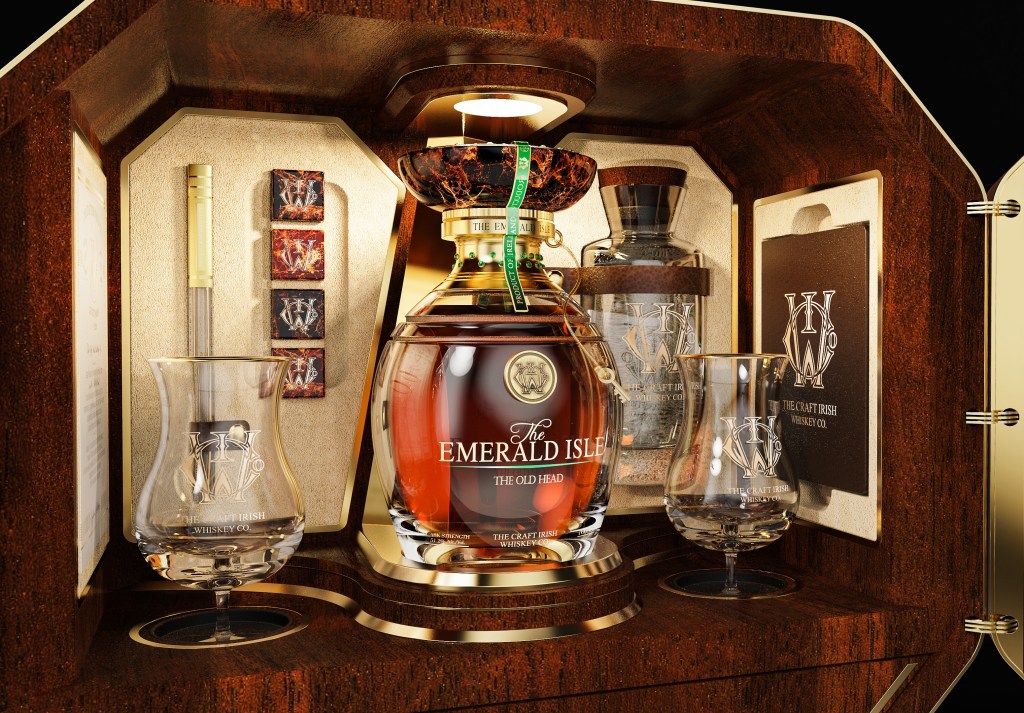 The experience box , close up

Little wonder The 2020 Knight Frank Wealth Report found that rare whiskey’s value had risen by 564 per cent over the last decade whilst the previous year the Knight Frank Luxury Investment Index identified rare whiskeys as the best performing collectable, their 40 per cent growth that year easily out-performing investment options including coins (at 12 per cent), as well as art and wine (both at 9 per cent).

The set will certainly offer emotional, as well as financial, returns in abundance. ‘The Emerald Isle Collection’ is the oldest triple-distilled single-malt Irish whiskey in the world, comprising a seven-piece custom-made whiskey set which celebrates the ‘Seven Wonders of Ireland’. The focal point of a stunning tableau set within a dark walnut box inspired by the shape of an emerald is a special-edition hand-crafted bottle containing an ultra-rare, single cask, 30-year-old, triple-distilled single malt Irish whiskey. 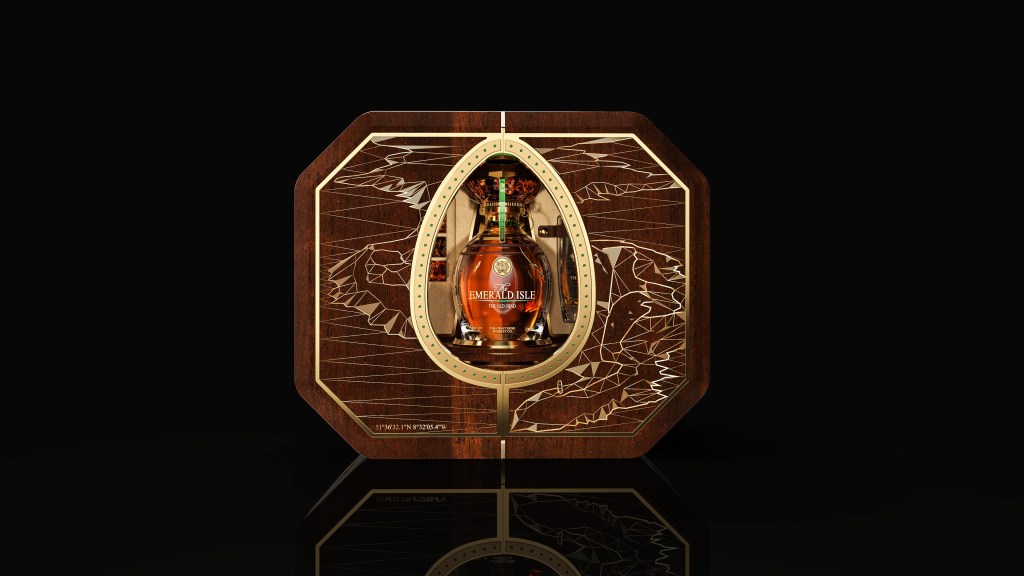 An elegant facade is revealed when the box is closed

This is flanked each side by two unique creations from Fabergé. To the left sits the first of its kind Celtic Egg, handcrafted from 18k yellow gold with Fabergé’s legendary guilloché enamel in a pastel green, inside of which owners will find a rough, uncut Gemfields Zambian emerald. It is the first time Fabergé has ever featured an uncut gemstone as the egg’s surprise. Emeralds, which are 20 times rarer than colourless diamonds, are symbols of hope, growth and fresh starts – and thus a timely acquisition here in 2021.

The Craft Irish Whiskey Co. has selected its own ‘Seven Wonders of Ireland’ – from The Blarney Stone to the Giant’s Causeway – each of which is represented by different gemstones on each egg’s exterior: emerald, blue sapphire, ruby, amethyst, rhodolite, spessartite or tourmaline. These wonders, and their geographical coordinates, are depicted on the front of the box, which has a frontal egg-shaped aperture and a frame of coloured gemstones visible when closed. To the right, meanwhile, is displayed an 18k one-of-a-kind rose gold ‘Altruist’ watch, with each of the seven available boasting a unique dial inspired by the landscape of one of the ‘Seven Wonders of Ireland’. 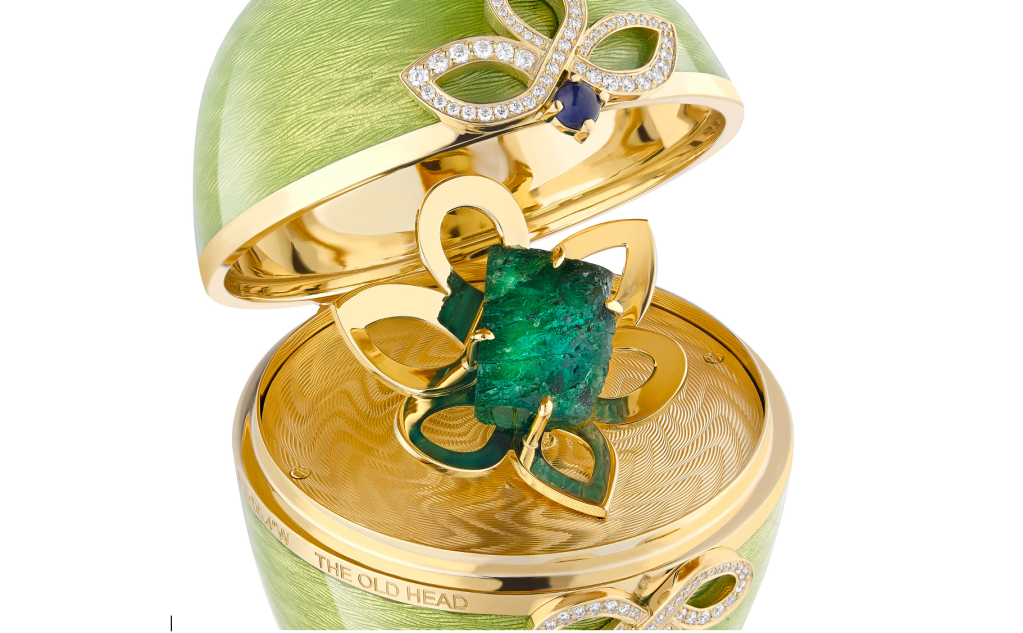 Each collection also has a humidor containing two Cohiba Siglo VI Grand Reserva (2009) cigars, which are the holy grail of cigar collectibles: they are top-rated, scoring 100/100, are not available elsewhere and have themselves increased in value by over 1,200 per cent in the last decade. Elsewhere, the set features a gold-plated cigar cutter, gold plated water pipette, pure obsidian whiskey stones, a hip flask with a sample of the Emerald Isle whiskey and a carafe filled with Irish spring water emanating from the same part of the Emerald Isle as the whiskey.

“At The Craft Irish Whiskey Co. we share the same brand vision as Fabergé – to strive to create timeless beauty and a lasting legacy, faithful to heritage, which also embraces new methods,” explains Jay Bradley, Founder of The Craft Irish Whiskey Co. “Collaborating with Fabergé has been a tremendous experience and together we have created an extraordinary bespoke set that truly celebrates Ireland, its craftsmanship and unique heritage.” 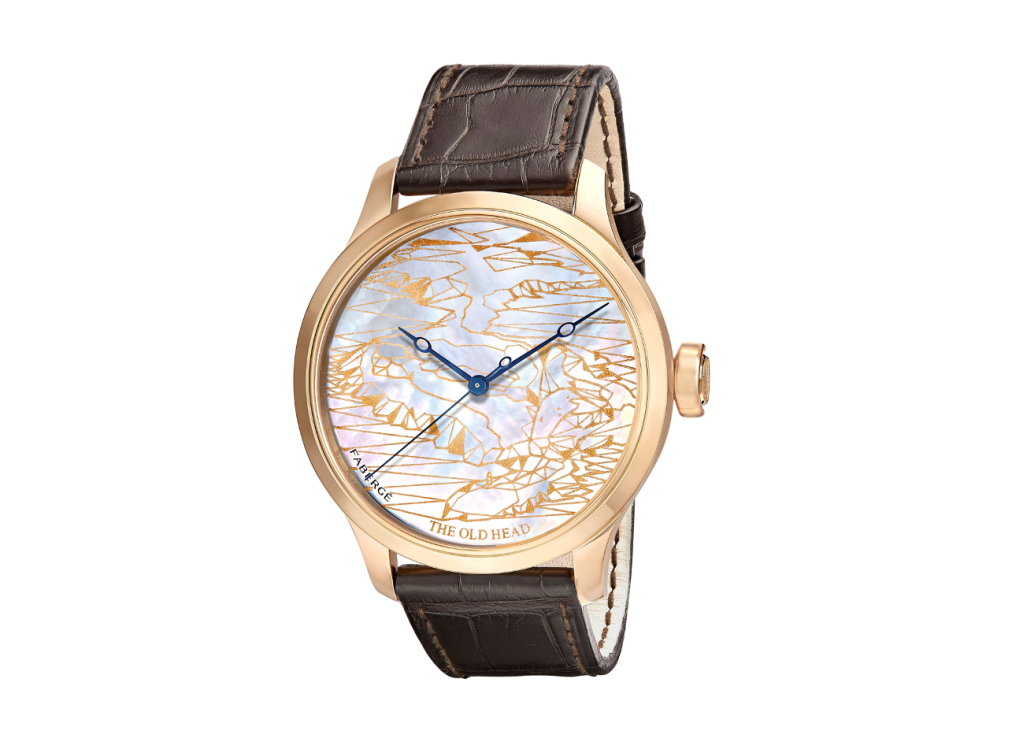 The ultimate collector’s item, it’s also an achievement that represents Irish whiskey’s return to centre stage, when it comes to appreciation of the finest ultra-rare spirits.

Click here to find out more about The Emerald Isle 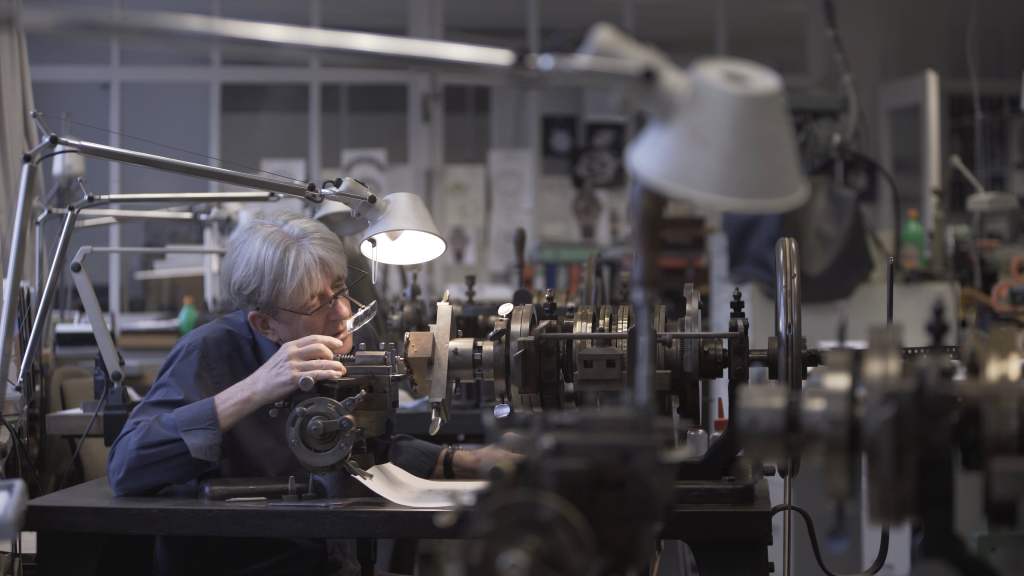 An artisan in Germany uses an engine turning machine to engrave intricate patterns. Courtesy of Fabergé 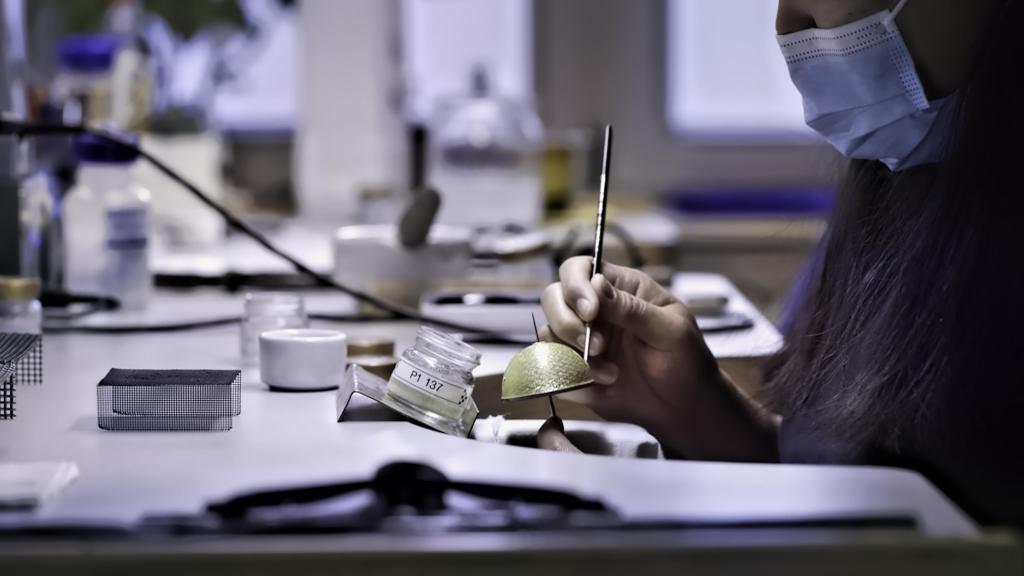 A layer of enamel is hand-painted onto the Celtic Egg. Courtesy of Fabergé 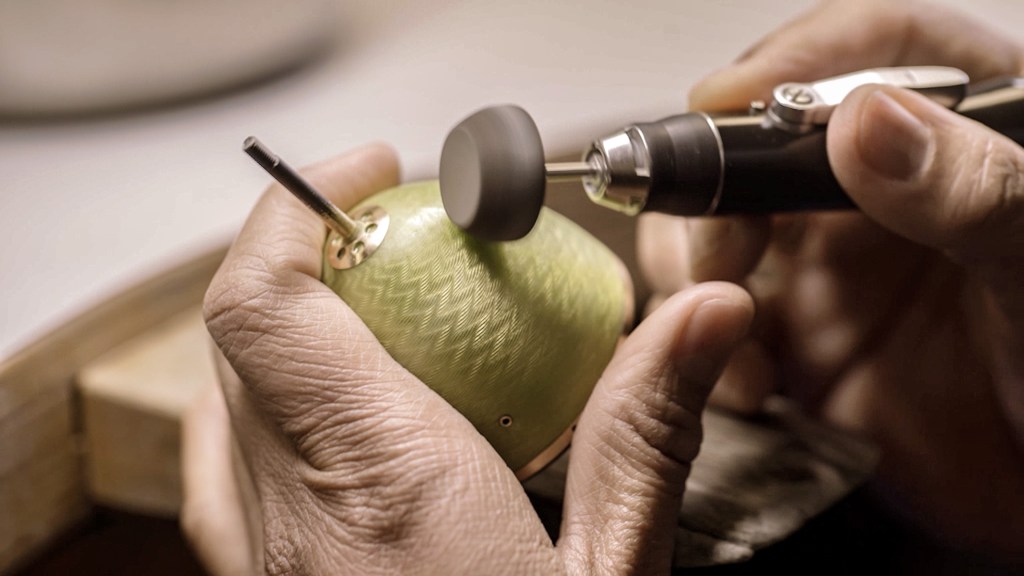 The egg’s enamel is hand-polished. Courtesy of Fabergé 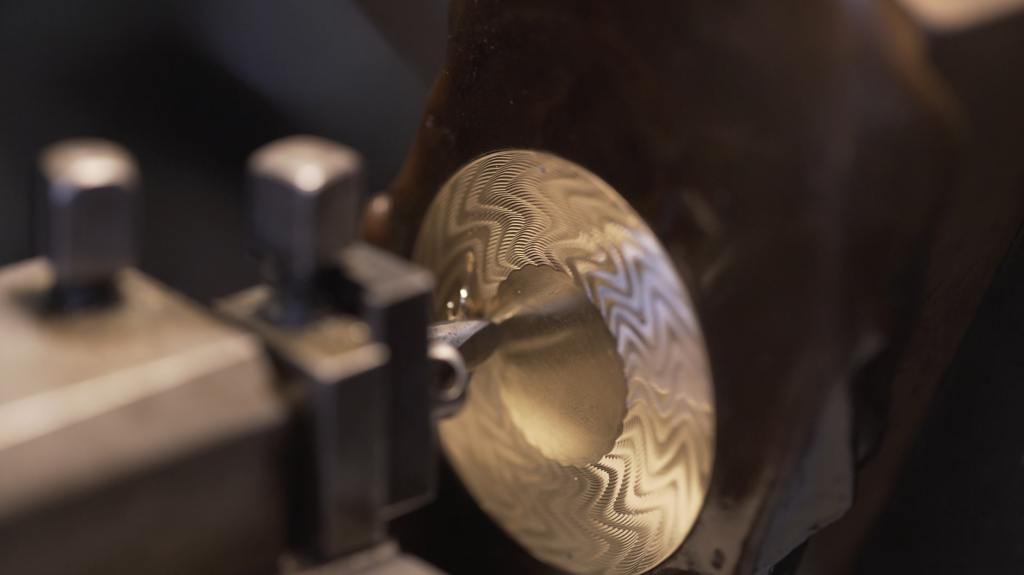 A guilloché patter on a gold disk is created. using the engine turning machine. Courtesy of Fabergé