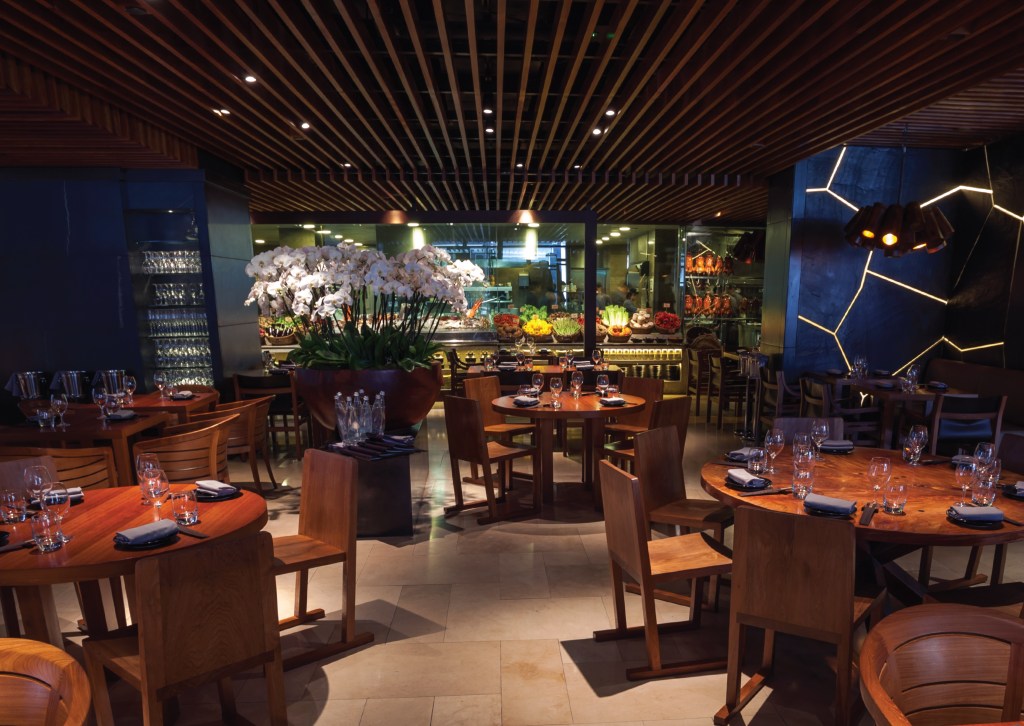 Establishing a new haute Asian eatery right opposite The Ritz, a carefully aimed slice of wagyu’s throw from Nobu – a restaurant Vogue once referred to as “the world’s hippest restaurant chain” – is quite an audacious stroke of hospitality-scene posturing. But that’s what Russian restaurant tsar (sorry) Arkady Novikov, owner of 50 or so dining establishments in his native Moscow, did back in 2012.

Eight years on, the throngs who bask in Novikov’s tony lighting and a moodily understated, wood-upon-marble décor dotted with indoor trees, enjoying a high-end approach to pan-Asian cuisine some have compared to Hakkasan, are just as trendier-than-thou on a weekend evening (the place has a distinct party vibe) as guests at the famous A-list haunt down the road.

But what of the spoils depicted on the A3, markedly busy menu? Next to a teeming open kitchen, a vast, vibrantly coloured, rockery-style display of fresh ingredients – a quadrant of meekly gesturing lobsters its Sgt. Pepper-cover-esque focal point – hints at a diligent approach to ingredients: and the cuisine being produced quickly gives credence to that supposition. Visiting on a Saturday lunchtime, and opting for a more eclectic range of fair than a non-reviewer might – spicy edamame to arrive at the same time as scallops with black truffle and prawn tempura and avocado for starters – doesn’t disappoint. 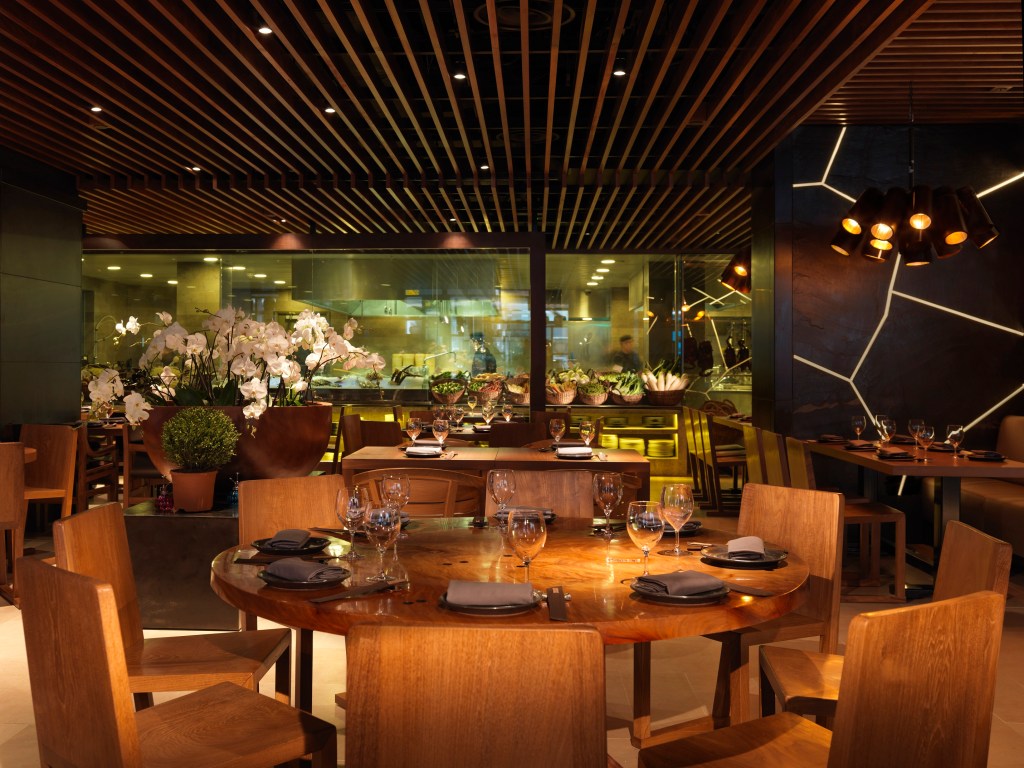 In a neat paradox to the Asian food market vibe presented by that aforementioned ingredients display, all the above are presented like works of art, which becomes unsurprising when you stroll closer to that open kitchen and those operating within it: what looks like acrobatic street theatre from a distance resembles surgical operating theatre when beheld from close by.

Moving on to round two, a simple (on paper) baby spinach with garlic sauce has a just-crunchy-enough texture and a just-garlic-y enough taste to hike the eyebrows; the egg fried rice is every bit as indulgent as egg fried rice should be but with nary a hint of greasiness; and the bovine part of the beef fillet spicy bean sauce Chilean dish could easily be cleaved in two by the wrong end of a dropped spoon, whilst nailing its leading role in a substantial dish that’s as wonderfully nuanced as it is filling.

Novikov – which, in contravention of unwritten rules on the high-brow culinary scene, has an Italian diner annexed to it too – isn’t just highly innovative in the culinary stakes: it recently partnered with Red Letter Days, a pioneer of experience day vouchers to be given as gifts and corporate rewards, and devised an “Advent Calendar” scheme, to award lunch guests experiences such as flying lessons, tank driving and overnight glamping. Prizes from Novikov itself, meanwhile, include a Caviar Pack, Louis Roederer Champagne, an Italian Cooking Masterclass, a Christmas Floral Arrangement, a Children’s Pizza Making Extravaganza, a Wine Survival Kit and a Cocktail Masterclass for up to six people. Now that the imposition of Tier 3 on London has prevented restaurants opening, Novikov is instead selecting winners from the list of guests who were booked for those dates and calling them to offer to collect the prize.

So, the pandemic’s grinch tendencies haven’t completely spoiled the festive fun here: and neither have they for those who wish to enjoy the spoils of Novikov’s novel-spin-on-traditional-fare culinary endeavours, given that its excellent fare – both Italian and Asian – will be available throughout the duration of Tier 3 restrictions.

Weighing up somewhere to book for to quality fare, served on the kind of premises at which you want to party away the calories once we’re all allowed to conduct ourselves in such a fashion? This place should be very high up on your list.