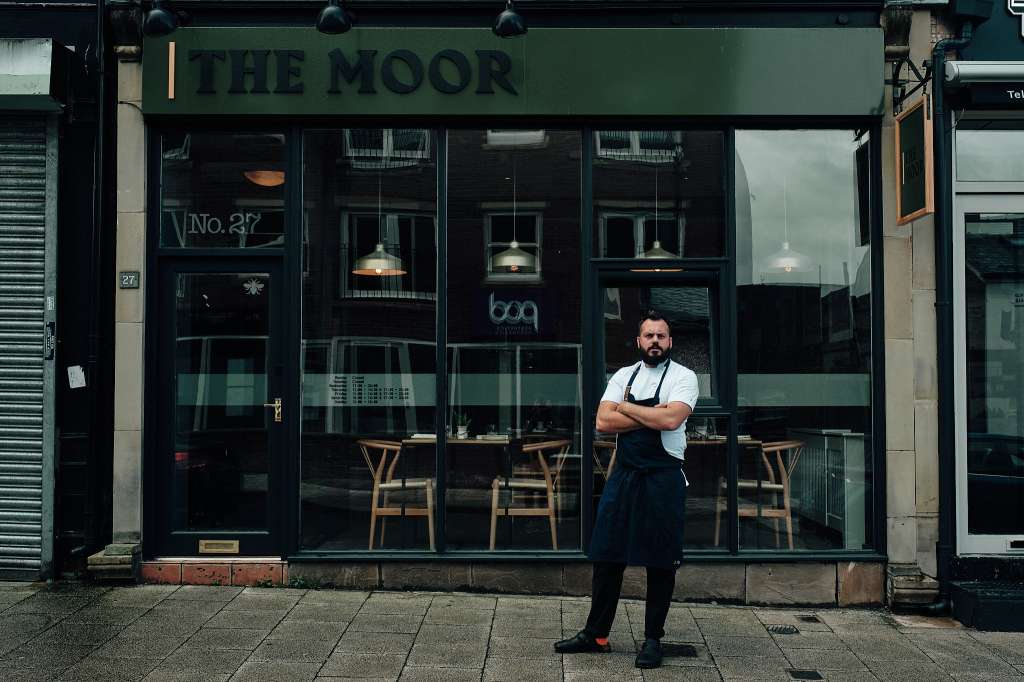 Oasis, Old Trafford, Coronation Street – there are any number of hackneyed references associated with Manchester. But travel-worthy gastronomy? As a city, Manchester is typically thought of as more Cool Britannia than haute cuisine: more Vimto than bon vin. But look beyond the stereotypes and any Southern snobbery you might harbour, and you’ll see that a culinary revolution has been brewing. Today, the Capital of the North and its surrounds has become essential treading for food pilgrims ­– even if they don’t know it yet.

Beyond the density of the city centre, the wider Greater Manchester sprawl is as diverse as metropolises come – a stretch of almost three million people, encompassing sleepy canal towns as well as unvarnished neighbourhoods yet to feel the stroke of gentrification and, by contrast, ultra-affluent leafy suburbs where old money Cheshire aristos rub along with twenty-something footballers. It all adds up to a place of huge cultural variety: something now reflected in the persuasive food scene.

Where the Light Gets In, Stockport

“Manchester is changing; it has changed,” says Sam Buckley, the chef and owner of Where the Light Gets In. The restaurant was just awarded a Green Star by Michelin (demonstrating a commitment to ethical and environmental standards), holds three AA Rosettes and is firmly in the destination dining category, occupying a tricky-to-find former warehouse on a Stockport backstreet. It only recently gained a sign, a lone bulb above the door previously the only hint of its presence. “I never meant to be here,” Buckley continues. “I’d originally looked at opening a restaurant in the Himalayas and, to a certain extent, we’ve had to wait for our demographic. But it’s here now.”

With its complex tasting menu of butchered, foraged and fermented fare, there’s something almost familiar in WTLGI’s brand of progressive cooking: a northern English take on the methods more typically pegged to the Nordics. Seasonality is central and, as a diner, you get whatever Mother Nature (or more accurately, Buckley) is giving you that month or week or day. It’s surely one of the most exciting restaurants in the country, the elaborate journey only adding to its road-less-travelled charisma. “You’re not going to come to Stockport unless you want to eat here,” says Buckley of the Lowry-esque industrial town, “but creativity comes with daring, danger and risk.”

The Moor’s James Hulme (see main pic) would concur. Formerly head chef at London’s Quaglino’s, and having previously worked under Marco Pierre White, Hulme opened his neighbourhood bistro after the UK summer lockdown, in the scenic suburb of Heaton Moor, a creaking ten-minute train ride from the city’s main station. Times are challenging for business owners like him but The Moor is testament to the quieter breed of inventive cooking Manchester is building its name on: the type so rooted in place that a three-course meal is an engrossing short story about the region.
“Before I even thought about what we’re going to serve, I thought about where we’re going to get it,” says Hulme, a local himself. Fruit and veg come from Growing @ Field 28, a pioneering urban farm near Warrington that deals in excellent pesticide-free produce. Meat is also local: the beef and lamb from the Peak District, the chicken from Preston. Nothing goes to waste. But if nose-to-tail, farm-to-table dining is fairly common these days, there’s some extra cleverness at play here. The Moor is the only restaurant in the North to use beef from retired dairy cows, something popularised in the Basque Country – its marbling and intense flavour both gifts of age. Served as a rib for two people, the fat is used to make the accompanying béarnaise and confit chips – great blocks of paper-thin potato, layered and fried like a kind of spud filo. Suburban? Yes. Pedestrian? Far from it.

While the fringe neighbourhoods are providing a home for elevated British cooking that eschews the ostentation of foams, soils and spherification – and doing their bit to put this region on the international culinary map – in the city centre, Mana, headed by ex-Noma chef Simon Martin, clinched the city’s first Michelin Star in more than 40 years in 2019 and, as a result, has obtained an almost sacred status amongst Manchester’s denizens. With its handsome, monastic interior, months-long waiting list and three-figure-priced tasting menu, it is a serious spot for serious eating – as much immersive art experience as supper out. It’s done wonders for the city’s reputation and, yet, there is more to Manchester than Mana.

“Manchester doesn’t need stars for people to know it has great food,” suggests Tom Kerridge, whose Bull & Bear restaurant occupies the majestic former stock exchange, all grand pillars and cloud-grazing ceilings. “The star at Mana is the icing on the cake, but it’s just another part of the jigsaw in a city becoming known for good, solid cooking, be it a street vendor, a casual bistro or somewhere in Chinatown.”

Kerridge, whose Marlow pubs collectively hold three Michelin stars, opened his Manchester joint in 2019 and, while the listed surroundings are pomp personified, the cuisine takes honest staples and cranks the fine dining knob up a notch or two. “We’re not trying to offer something brand new,” explains Kerridge, “but something recognisable at an elevated level. You could call it a cross between The Coach and Kerridge’s, where we want to do simple things well.” On the menu then, the likes of scotch egg, but made with salt cod and served with a red pepper purée and chorizo; fish and chips with pease pudding and Kerridge’s famed Matson spiced sauce; and a beef suet sticky toffee pudding served with suitably flecked vanilla ice cream. It is elegant pub grub shrunk to fit on neat sharing plates that huddle in the centre of the table, making their comfort food siren call.

“People here like to be looked after, not looked upon,” says Chef Simon Wood, who parlayed a Masterchef win into a highly regarded, two-strong restaurant group. His own eponymous Manchester eatery, opposite one of the city’s foremost contemporary arts centres, is a terrific example of the equilibrium between informality and assured, imaginative gastronomy that makes Manchester such an attractive and inviting food city: one which occupies that sweet spot between comfort and creativity.

Wood’s own series of tasting menus are full of ingenuity but also approachable, a marriage of qualities that isn’t always easy to nail. “Manchester isn’t about forced, clinical dining,” he says. “I want to give people what they like, understand and enjoy, but done in a different way. It’s not just me, that idea is something this city is executing extremely well: the dining scene right now is fantastic.”

Across town in Ancoats, a relatively new city centre neighbourhood that has become an incubator for bold dining concepts, Erst co-owner Will Sutton agrees: “There are so many places producing really exciting food and pushing the scene forward.” His own restaurant is among them and also received a mention in the just-released Michelin guide. Though Mana is just a few doors down, it is Erst that has become the local go-to for refined, affable, smile-inducing dining. With its smart sharing plates and natural wines, it’s fit for an ‘occasion’ but also the sort of place that puts a cheerful exclamation point on an average Wednesday – a pair of bright Carlingford oysters with lovage and cucumber or a portion of crispy potatoes with yeast sauce the perfect playful accompaniment to a frisky Slovakian Cab Sauv. The food is original, but the atmosphere buoyant and easy.

Pull up a pew at almost any contemporary dining destination in Manchester these days and you may be surprised, not just by what’s on the plate but by those around. The city’s best haunts are almost inevitably populated by the nonchalantly well-dressed and varied of accent: the beanied, bearded and bespectacled amongst those marvelling over the wine list or poking at a bowl of ferments. Many are locals, just as many aren’t ­– instead savvy visitors keen to soak up Manchester’s culinary highlights before the city’s restaurant scene hits peak mainstream. For many, it’s a food city still to be discovered: for those in the know, travel-worthy gastronomy has joined ranks with Oasis, Old Trafford and Coronation Street.

Can This Glass Keep Your Martini Cooler?