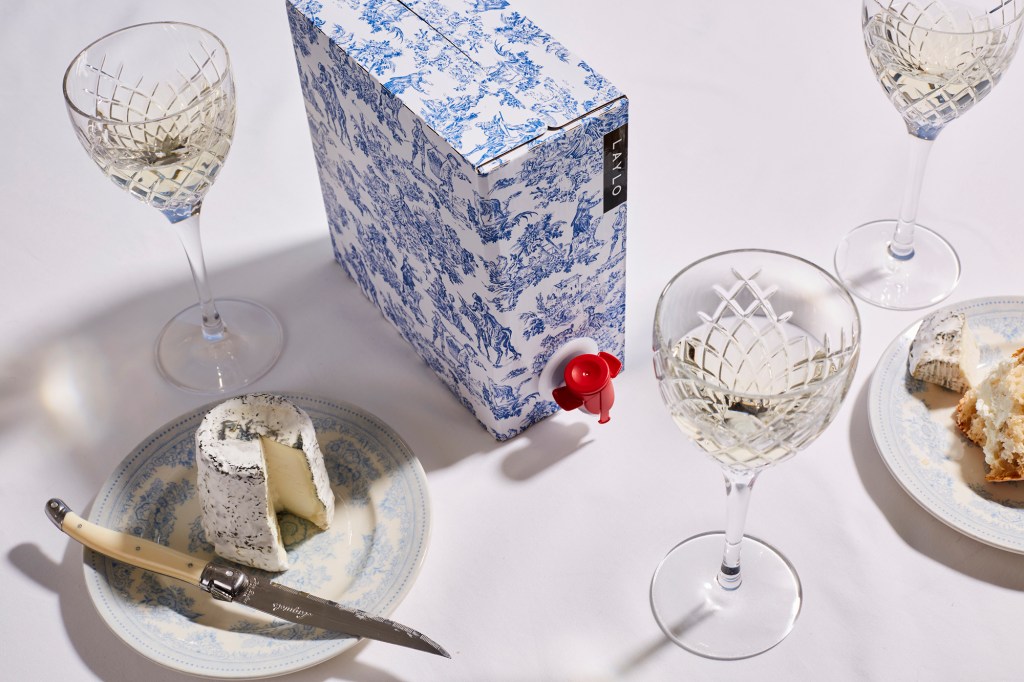 If asked for a perfect example of an oxymoron, “luxury boxed wine” would once have been a pretty definitive answer. Would you ever turn up at a dinner party and proudly hand your host a box and ask for it to be a centrepiece? Now you can, without fear of appearing a cheapskate or a philistine, thanks to British start-up Laylo.

A winebox, now, can be an ice-breaker, and confer more cachet than a bottle – as long as you’ve clued yourself up on the company philosophy. “Wine packaging hasn’t changed for over two hundred years,” the company’s website points out, “but the way we drink wine has. Thousands of kilograms of unnecessary carbon are generated to produce and transport heavy, cumbersome glass that’s no longer fit for purpose. And not only that, but over 600 million bottles of wine are poured away every year, because they aren’t consumed fast enough. The environment is carrying the burden.”

Hence, the mission of Laylo – which was founded by two Lauras, Riches and Laura Rosenberger, who met while working at Naked Wines, and forged their business plan whilst flat-sharing in Norwich and bonding over their favourite drops of an evening.

Created by two winemaking sisters, Ruth and Ana de Andres, Laylo’s Lot #1, a 2019 Tempranillo, sold out last November; 2.25-litre boxes (equivalent to three bottles) of Lot #2, a premium Loire Sauvignon Blanc made by fourth-generation winemaker Pierre–Jean Sauvion, are available to pre-order for delivery in mid-April, and come in a French ‘Toile de Jouy’ design to represent everything its makers are most looking forward to in 2021: music, laughter and socialising.

Cambridge graduate Riches, who was born in Reading and now lives in Hammersmith, says: “Wine may be subjective, but the Sauvignon is like popping on Whitney at a house party – uncompromised joy. From the sunshine-in-a-glass wine to the images of human interaction on the box pattern, this product has been created to bring people together.

“For most people, boxed wine is a relic of the ‘80s,” she continues. “They assume boxed wine equals cheap plonk and it conjures up memories of drinking from plastic cups at student house parties. We’re challenging this stereotype by putting premium wines into boxes that customers feel proud to have on their countertops.” 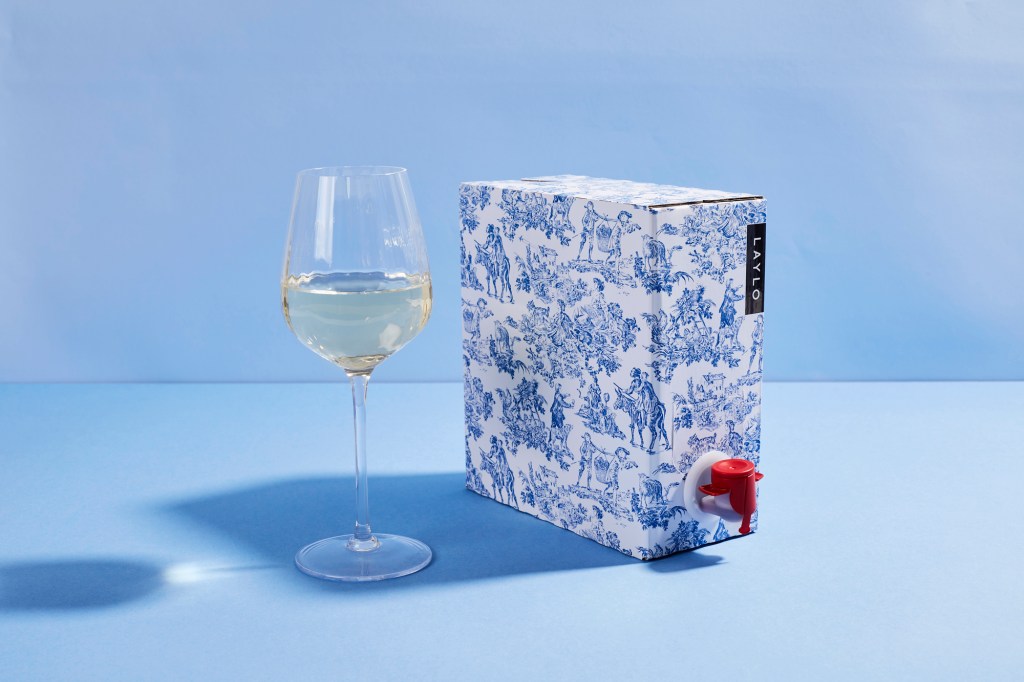 Rosenberger – an Oxford Physics graduate from Epping – adds, “We unapologetically love boxed wines – from the lifestyle benefits and eco-credentials, to the way we can use the packaging to tell the story of the wine inside. A wine box needn’t compromise on quality.”

The pair’s story, according to Riches, is one of serendipity. “We had been working independently on plans to make boxed wine sexy, having bought into the environmental and lifestyle benefits of the format.,” she says. “It was only through a chance WhatsApp conversation that we discovered we had both identified the same opportunity. It was a no-brainer to join forces.”

Working with Australian wine expert Clem Yates to source the best quality produce to fill their non-naff boxes, the two Lauras hope to launch a Sicilian red and Provence rose by summer. “It’s important that we’re not just creating beautiful boxes, but that we’re filling them with the best possible wines,” says Riches. “A friend in the industry recommended we work with Clem because of her huge network of winemakers and her technical expertise, which is invaluable for alternative packaging formats. She’s already helped us find an incredible Provence rose.

As with all Laylo’s output, the packaging tells a story. “It’s a quintessentially French design characterised by a white background and repeated pattern with pastoral scenes,” says Riches. “It’s as French as baguettes and Breton stripes. The box tells the story of its contents and is also aimed at ‘rule of six’ picnics. The jumbo jet is a nod to the fact that winemaker Pierre-Jean loves to travel. A boomerang refers to the time Pierre-Jean spent at harvests in Australia.”

Rosenberger says that her and Riches founded Laylo “because we loved the idea of being​ able to sink into the sofa after a busy day and enjoy ‘just one glass’ of delicious wine, without having to open a bottle. That’s never been more relevant than now, with so many of us resolved to drink a little less, while locked down in our homes. We wanted a name that would sit comfortably alongside the brands our customers are buying from elsewhere: Spoke, Paynter, Hiut. After trying on hundreds of words for size, Laylo just felt right!”

And, there’s more to their mission than revolutionising wine packaging: “We’re conscious,” says Riches, “that we’re not only seeking to replace glass bottles on tables but, as female founders, we’re seeking to break glass ceilings too.”