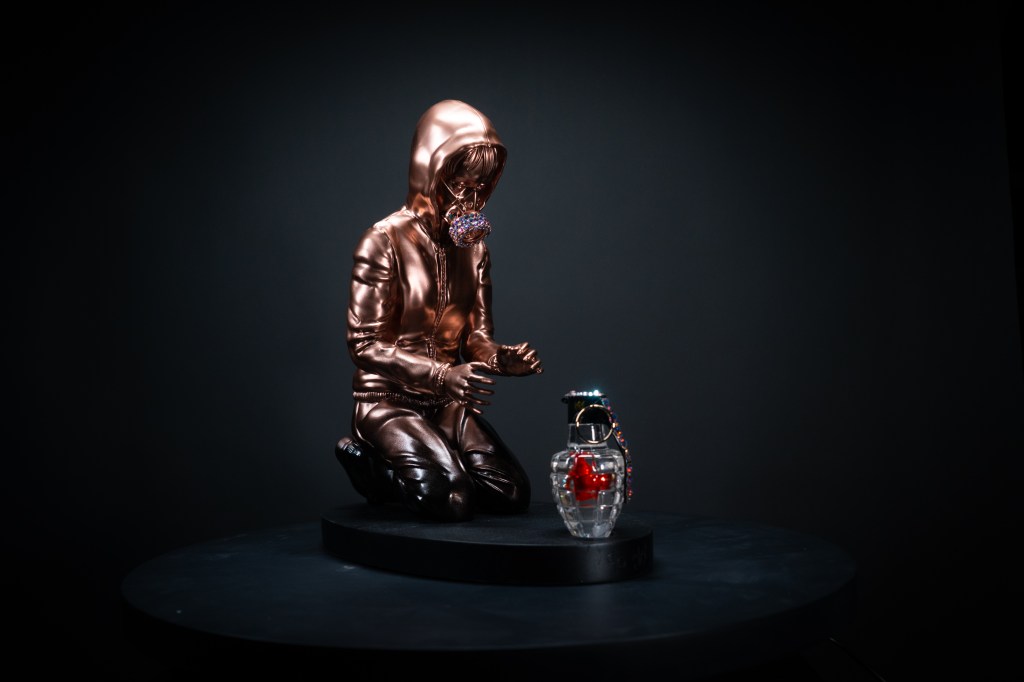 “All the great things.” As Winston Churchill once put it, “are simple, and many can be expressed in a single word: freedom, justice, honour, duty, mercy, hope.” Society’s sense of duty has shone brightly throughout the Covid saga – our collective reverence towards healthcare professionals is now at an all-time high, and long may it continue – but the first item on the list, freedom, has been seriously compromised, and the last – hope – has been often in short supply.

Hence, the name of, and concept behind, a multi-media endeavour, dealing with society’s emergence from Covid, by artist Dan Pearce and The Prodigy’s Maxim – long an active figure in the contemporary art sphere – which the pair have been working on during various lockdowns.

Launching on 20th May, the project features 50 limited edition sculptures (£2,800, or £5500 with crystals) depicting Pearce’s son – wearing a gas mask and preparing to pull the pin on a clear, resin grenade which contains a heart symbolising the vaccine. The project also features a four-track Maxim EP available to those who purchase the sculptures (listen to a sample track here) and a short film (marking the acting debuts of both Maxim and Dan’s son Jackson), the project reflects its creators’ concerns about the effects of the pandemic on society’s collective psyche.

One sculpture will be donated to NHS Charities Together, another to mental health charity YoungMinds, and one to homeless charity – causers which relate to themes explored in the film. 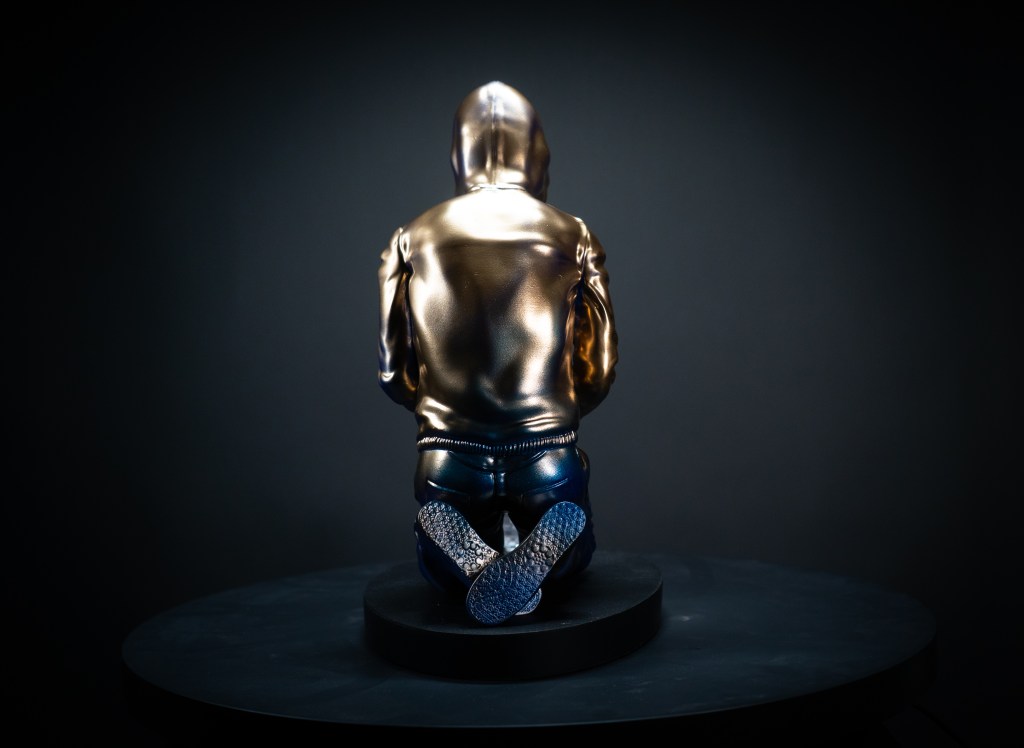 “I recognise the effect the pandemic has had on all people,” Maxim tells Robb Report UK, “and young people and their mental health, in particular, are often forgotten in these situations. ‘Hope’ represents our wishes for a future where all aspects must get better in the broader sense.”

The multi-media nature of the project, Maxim says, is crucial to the power of its message. “It would have been easy to do a sculpture and that’s all,” he says. “But to take it further with the film and the music made it more immersive for people to relate to the situation. In a time where life and politics is all about division and picking sides, this highlights the simple things we all have in common.”

One of the core elements of symbolism in the project is the grenade: long a common theme in Maxim’s visual artwork. “It was an idea I had a while ago,” he explains. “I like to take objects out of their context and bring them into another that has the opposite effect. The fact this ball of metal can bring so much destruction, by simply pulling a pin and throwing it in the direction of what you don’t like and want to destroy, is crazy.

“So placing a heart inside, which symbolises love – I thought, ‘How good would it be to throw this item, and instead of bringing destruction, bring love?’ And ‘love’ is a word that is so often looked upon as being soft and weak when people use it, when in fact it brings healing and peace. We just don’t realise its strength.

The musical component of the project, says Maxim, is his “interpretation on how I think society is feeling. I didn’t want to make it too sombre. Yes, I want it to tell a story, but also to be listened to and enjoyed – whilst still having a little edge of strength and freedom.”

Check out a trailer of the video here. 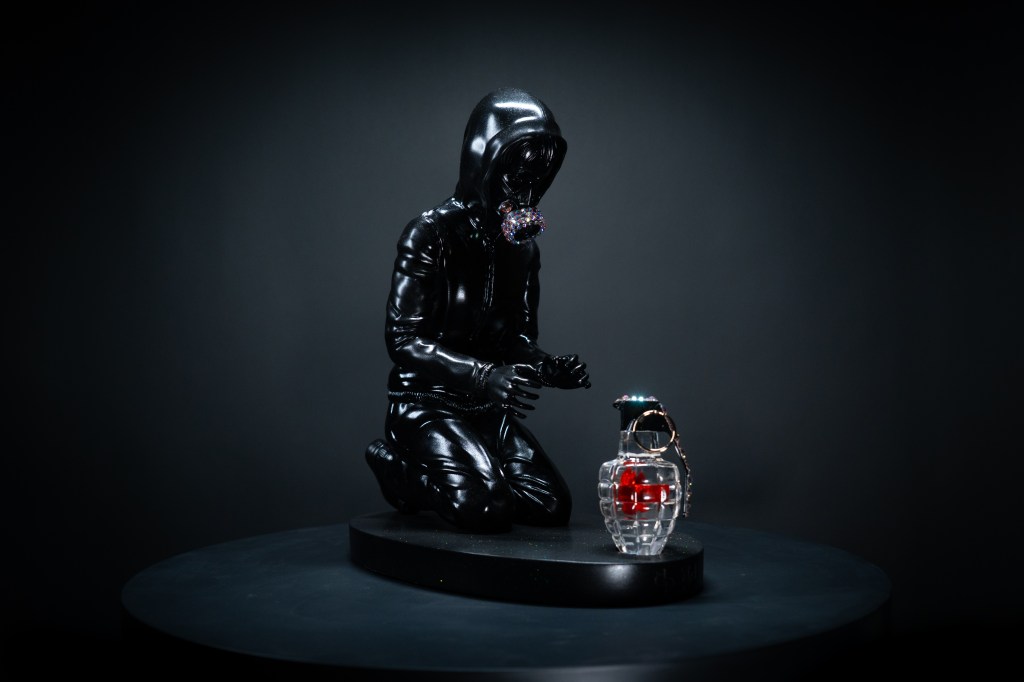