The closure of the Brora distillery has long been lamented by whisky enthusiasts.  Located in far Sutherland, on Scotland’s rugged east coast, the original distillery started work in 1819 when it was known as Clynelish.

For most of its life, most of the whisky it produced was required for blending, notably in Johnnie Walker. Increased demand for supplies led to the construction in 1968 of a new distillery which took the Clynelish name, immediately adjacent to the original which was renamed Brora. But times changed too: demand fell away and the old plant was eventually mothballed in 1983.

Production had been erratic, with a heavily peated style being distilled from May 1969 to July 1973 to make up for shortages from Islay, after which most production until the closure was in a gentler Highland style with the occasional run of peated spirit.

However, in recent years, interest grew amongst enthusiastic whisky fans as the reputation of the few available single malt bottlings increased and Brora began to attain legendary status. In October 2017, acknowledging this new interest, owners Diageo announced that the distillery was to be restored and reopened. 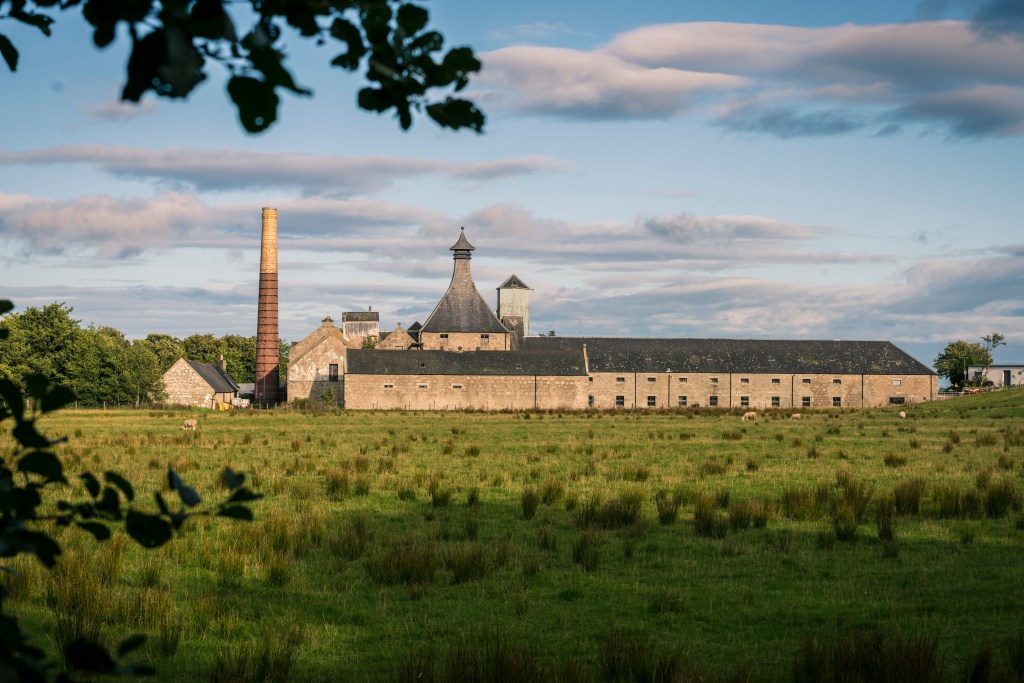 So today is an emotional moment. After a meticulous brick-by-brick restoration distilling will restart and, to mark the event, a very special collection of Brora single malt has been launched. The £30,000, three-bottle (50cl) Brora Triptych collection comes in a custom-made presentation case and includes some of the rarest whiskies ever released by the distillery.

The first is a 48-Year-Old dram styled Elusive Legacy and Brora’s oldest ever public release. A very rare style from casks of 1972, this whisky represents an earthy expression of Brora, much sought after as it was only created for short periods during the distillery’s history. Warm chestnut in colour, its delicate aroma blends wood spice with hints of peach tarte tatin, amidst a powerful rich maltiness.

The second, Age of Peat, is a 43-Year-Old heavily peated expression drawn from casks of 1977. This is a classic Brora style from the late 70s, and one of the only examples of a highly-peated Highland whisky from that era. The few casks that were left from this phase matured remarkably well and the whisky is multi-layered and complex. Intensely deep and golden, this expression is elegant on the nose with creamy vanilla invigorated by freshly cut green apples and hints of beeswax, before a long, sweet finish of peat-fired smokiness. 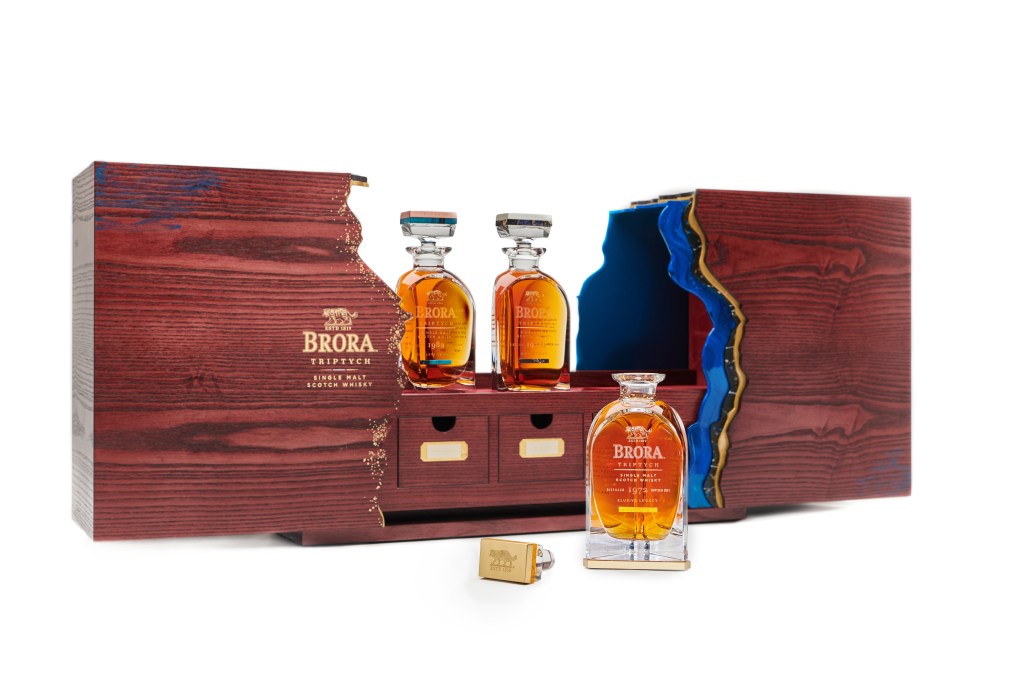 Finally, Timeless Original is a 38-Year-Old from limited stocks of 1982 and represents the distinct waxiness that made Brora famous. This more modern and refined style returns to lower peating levels, reflective of an earlier Brora. Glowing yellow gold in hue, its sherberty lemon peel and a touch of fresh green grass dance on the nose.

All three are presented in one beautiful presentation case, inspired by Brora’s surrounding coastlines. Each crystal bottle is completed with Glencairn crystal stoppers, and the cabinet, built from ash wood all sourced in the UK, was crafted by Master Cabinetmaker and Royal Warrant Holder N. E. J. Stevenson.

Never before have three styles of Brora been released in one collector’s set and the Brora Triptych is an unparalleled capsule of the original and historic Brora stocks. Released at the same time as the distillery reopens, this once-in-a-generation collector’s set is available globally for purchase directly from the distillery, Brora’s website and specialty retailers.