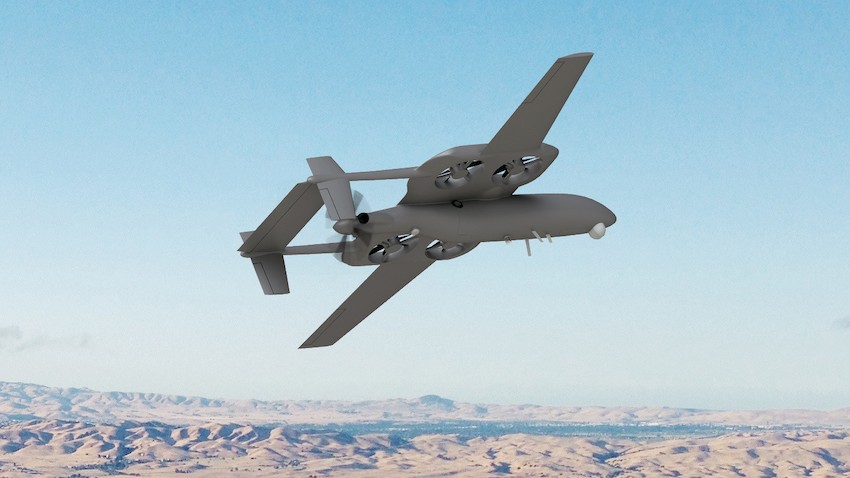 Vox has been planning its vertical takeoff and landing aircraft for more than 30 years, with the initial sketches starting in 1989. What was then a sci-fi concept blossomed into several patents, scaled prototypes and now, the final assembly of its airframe has started and testing is expected to start next year.

“Our aircraft can travel at turboprop speeds and land on nearly any helipad in the world,” Brian Morgan – the COO and EVP of engineering at Vox, who co-founded Vox Aircraft along with President & CEO Sam Lubbat – told Robb Report.

“Like any helicopter, it provides the flexibility and ease of point-to-point travel, but at two to three times the speed, with more comfort and the ability to fly above weather, all while burning about half the fuel of the same-sized rotorcraft performing the same mission.”

The Vox achieves that performance through four turbofans embedded in the “strake” wings to provide lift for takeoffs and landings while offering aerodynamic and safety advantages. A separate rear rotor system produces forward thrust. “We preferred a fixed-wing design,” says Morgan. “It provides dedicated lift and thrust so you’re never unsupported.”

The design has multiple configurations, including a smaller business jet.

The power train will be hybrid in the sense of having electric lift rotor assemblies, while still employing turboshaft thrusters for the most efficient and longer-range flight. The battery bank provides about eight minutes of power, with about the same amount of time in reserve. The aircraft recharges in forward flight.

“A mix of multiple systems will work together to optimise power needs and flexibility for the different modes of flight,” Morgan says. “The precise combination and scaling of each are dependent on the mission profile.”

Vox is exploring SAF and hydrogen options, but starting with conventional fuel, the VTOL will go about 400 miles at 300 knots with an 800-pound load. A 250kW all-electric version will have a range of about 180 to 200 miles. The large fixed wing also creates a 17-1 glide ratio, providing extra safety in the event of engine failure.

Lux foresees this aircraft being used as a regional commuter.

The dual-power system and enclosed rotors can be employed in several different air frames, so Vox is developing everything from drone-sized versions to a mid-size business jet. The company hopes to get airborne in 2022 and reach certification by 2026.

“We’re a fixed-wing VTOL with long range and high speed,” says Morgan. “We looking to fit into the regional travel portion of the market.”