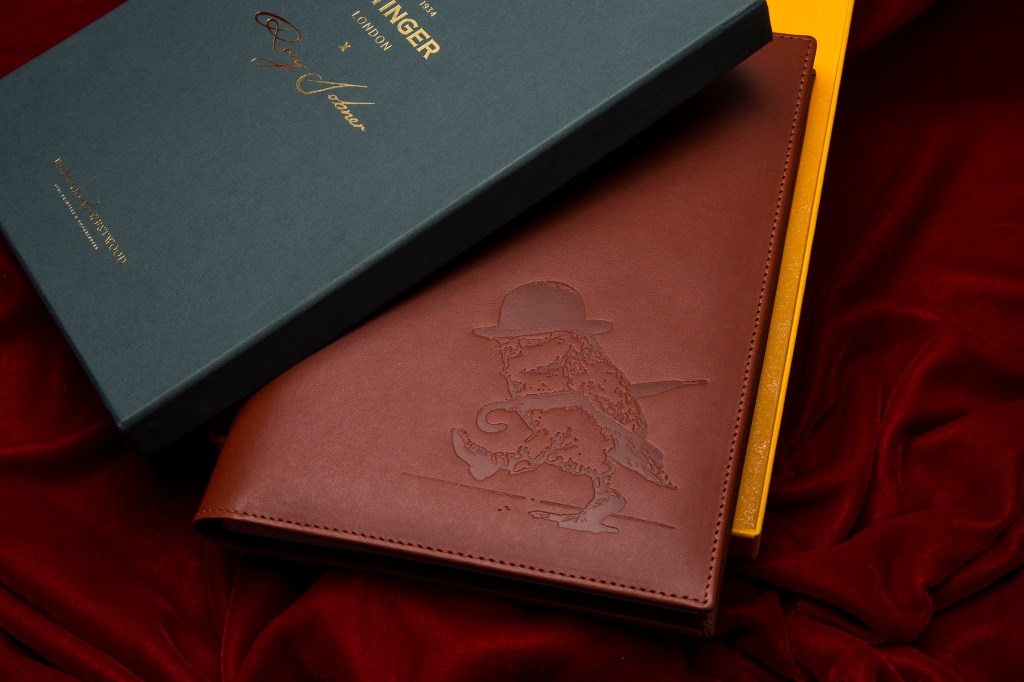 A few millennia after Sumerian cuneiform and Egyptian hieroglyphs heralded the first form of written symbology, the digital revolution has all but killed off hand-writing in just a couple of decades (anyone else getting writer’s cramp just from signing a hotel bill these days?). But reports suggest that handwriting is coming back into vogue: and, if you know someone who wants to re-engage with the dying art, then one of the 85 limited-edition notebooks you see before you is pretty much the perfect gift.

The notebooks are the result of a collaboration led by luxury leather goods manufacturers Ettinger to celebrate its 85th anniversary. Illustrated throughout by renowned British artist Rory Dobner (whose Nigel the Owl character, bowler hatted with an umbrella clamped under the arm – a look that epitomises that of Ettinger founder Gerry Ettinger – is embossed on the front cover), the notebooks have been crafted by London printer and bookbinder Barnard & Westwood (which, like Ettinger, holds a Royal Warrant).

On the inside cover, illustrated pocket watches hang from fob chains over the Ettinger and HRH The Prince of Wales Royal Warrant logos. Each of the 85 notebooks is numbered.

Fifteen per cent of the £265 for every notebook sold will go to the Queen Elizabeth Scholarship Trust (QEST), the charitable arm of the Royal Warrant Holders Association.