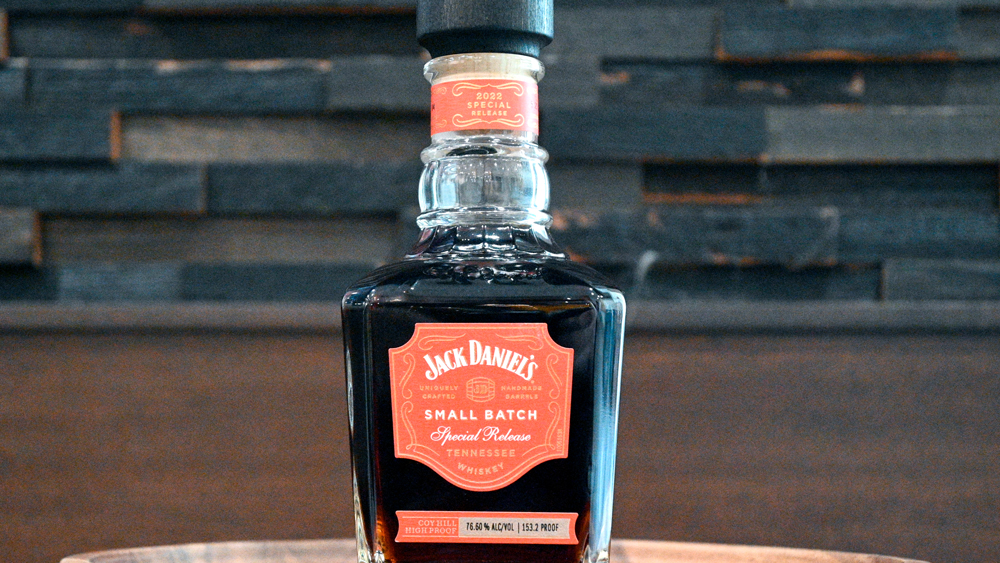 Jack Daniel’s Small Batch Special Release Coy Hill High Proof was originally released last fall as a single barrel expression. But this summer approximately 55 barrels that had an extraordinary level of angel’s share (evaporation of the whiskey as it ages) and were deemed unsuitable for single barrel release have been batched together for this rocket fuel of a whiskey. These barrels were all matured in the upper levels of the Coy Hill warehouses, located at the highest elevation on the grounds of the distillery.

While the original single barrel release varied between about 137 and 148 proof, this new limited-edition Tennessee whiskey was batched together at five different proof points: 143.6, 147.3, 149.8, 153.2 and 155.1. The mashbill is the same Jack Daniel’s recipe as Old No. 7: 80 percent corn, 12 percent malted barley and 8 percent rye. The whiskey comes in smaller 375ml bottles that will be available throughout Tennessee and at the distillery’s shop for $55.

Robb Report got to sample the second highest proof (153.2/76.6 percent ABV), and it’s a powerful whiskey. The colour is a deep reddish brown with a flash of copper. The nose is ripe with alcohol, although notes of brown sugar and caramel come through as well. Your entire palate is immediately warmed up when you take a sip, but the signature Jack Daniel’s banana note still shines through, along with baked apple, cinnamon and spiced pear. A splash of water is very welcome here, bringing vanilla, butterscotch and some charred oak into play as well.

“When we found these barrels in our Coy Hill barrelhouses, we immediately knew we had something special. But due to the very low yield and incredibly high proofs, we had to be creative in how we bottled these last drops,” said Jack Daniel’s master distiller Chris Fletcher in a statement. “We batched the barrels to craft unique profiles at five proof points highlighting the characteristics of this special liquid and developed a new higher compression cork specifically designed for this expression.”

About that last point – a rep for Jack Daniel’s said the original Coy Hill release proof was so high that the vapours could literally push the cork out. This newly designed cork should solve that problem, but it’s suggested that you keep the bottle upright at all times, aside from pouring, just to be safe.