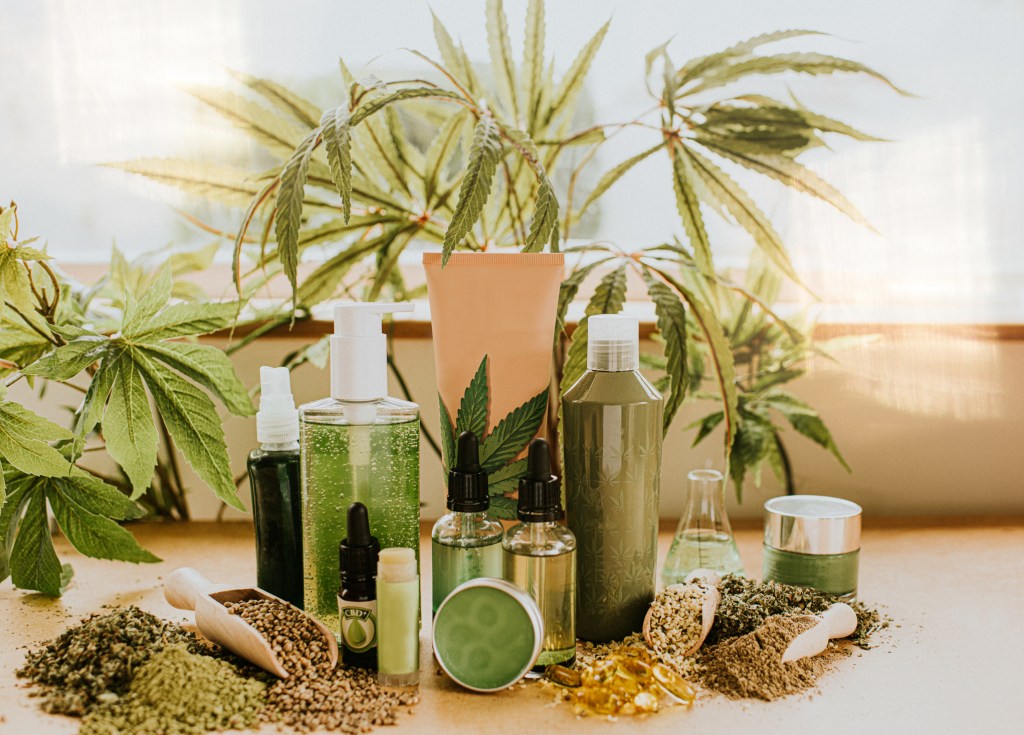 Marijuana was first used by homo sapiens, both recreationally and medicinally, several thousand years before the hippie movement, Cheech and Chong, Neil Young’s Roll Another Number (for the Road) and the mounting of a gazillion posters depicting a reefer-puffing Bob Marley on the walls of student digs.

And there’s more – a lot more – to the cannabis plant than the psychoactive ingredient, tetrahydrocannabinol (THC): and we’re not just talking, here, about mankind’s prolific use of hemp through the ages for clothing, textiles and ropes (it is thought that the four-tonne heads on Easter Island were transported from the quarry using pulleys made from it).

One of marijuana’s 120 or so active (but non-psychoactive ingredients), or cannabinoids, is CBD oil – which, having been discovered by University of Illinois professor Roger Adams in 1940, tested on lab animals later that decade and finally released by the British Pharmacopoeia in the 1960s, is now enjoying a surge in popularity. The CBD sector here in the UK is now worth £690million a year, doubling in size over the last 12 months (according to a Centre for Medicinal Cannabis 2020 study), with 65 per cent of Brits who have tried CBD continuing to use regularly afterwards. There’s even now an annual  National CBD Day, which falls this coming Sunday in 2021, which offers “a huge shout-out to everything around this glorious cannabinoid”, according to organisers.

Which is not surprising, given the increasing weight of evidence for its anxiolytic, analgesic, anti-inflammatory and sleep-promoting properties. According to Omar Fayed, Co-founder and CEO of BotaniQual – whose CBD oil is, the brand says, all the more effective thanks to its secret unique extraction technology – you don’t need to have any underlying condition to benefit from CBD oil. “I occasionally use varying strengths of it for relaxation and unwinding after a long day,” he says. “Meditate, exercise, listen to music, eat as healthily as possible – it’s important to have a balanced lifestyle but CBD, in its various strengths and used correctly, can help to complement that. It is not psychoactive, so it does not include the consciousness-altering effects of THC like smoking cannabis would – instead it interacts with the central nervous system to produce calming effects. Equally, CBD can be used to treat pains from physical overexertion such as a rigorous work out. Applied topically, CBD can act as a gentle massage oil.”

The most popular mode of ingestion is oil extract, dropped under the tongue using a pipette, then held there for at least 60 seconds before swallowing. And when it comes to these oils, Piers Dunhill of Lady A – a brand of CBD oil marketed at women, and founded by Piers’s mother Alexandra Dunhill, the great granddaughter of Sir Alfred – insists that it doesn’t pay to underpay. “The quality of a decent oil is more like that of a fine wine as opposed to a basic supermarket one,” he says, “and people should pay for the quality of oil they wish to ingest into their bodies. As with anything else in life, you pay for what you get.”

Lady A: Marketed At Women, Suitable For All

This writer’s experiences of CBD oil would concur that paying more ensures a better experience, in terms of both taste and efficacy. Thus, other brands to consider include Unique’s Night Drops, a blend of CBD oil and natural terpenes with a peppermint tinge to improve palatability; Blessed CBD, which has impressed more scientifically minded punters by publishing all its lab reports on the company website; and Vibes CBD, which has a patented CO2 extraction process that gets rid of chemicals, pesticides, herbicides and other solvents that could hamper the quality of the final product.

Many who are interested in embracing CBD in their lives would prefer do so in a more sociable, ritualistic context than a spot of pipette action before cleaning their teeth: enter, stage left, Edi’s Spirited Euphoria, an alcohol-free ultra-premium spirit from a brand (whose name stands for ‘Endorphin Dealer Institute’) co-founded by French racing driver Jean-Éric Vergne and Formula E executive Alexander Jakobi. Made from high-quality, naturally uplifting ingredients, including those extracted from the hemp plant cannabis sativa, it has other USPs: the packaging is as stunning as that of any premium vodka brand, and there are only two calories per serving.

London-based start-up Trip, meanwhile, as well as its range of CBD oils, has also developed a range of tasty canned CBD-infused drinks, with flavours including peach ginger, lemon basil, elderflower mint and cold brew coffee. Trip has some quite a back story: it was founded by husband-and-wife partnership Daniel Khoury and Olivia Ferdi, who met at the University of Cambridge and left careers in law and finance to launch the product, having discovered it when Khoury suffered a knee injury shortly before their wedding and was told he’d never be able to walk down the aisle (just weeks after knee surgery Daniel was back on his feet).

It’s not just the zesty, highly appetising drinks that Khoury and Ferdi are getting right – they’re clearly no dopes on the business front too. The drinks are already available in over 2,000 locations including Selfridges, Harvey Nichols, Equinox and Liberty and, earlier this year, the team secured firstly a deal to supply Soho House Group’s hotels, cowshed spas and restaurants globally, then £3.5m in investment to expand into the US. Expect its existing impressive list of UK superfans to grow rapidly.

“Now more than ever, the world is recognising that mental health is intrinsic to good health,” co-founder Olivia Ferdi comments. ”Our mission has always been to share calm in the everyday chaos. Changing perceptions of wellbeing and building new lifestyles with our Trip range and CBD expertise, we’re excited to take this next step for Trip together with these amazing partners.”

The CBD world is clearly in another galaxy to that filled with glazed expressions, piled-up pizza boxes and torn Rizla packets.