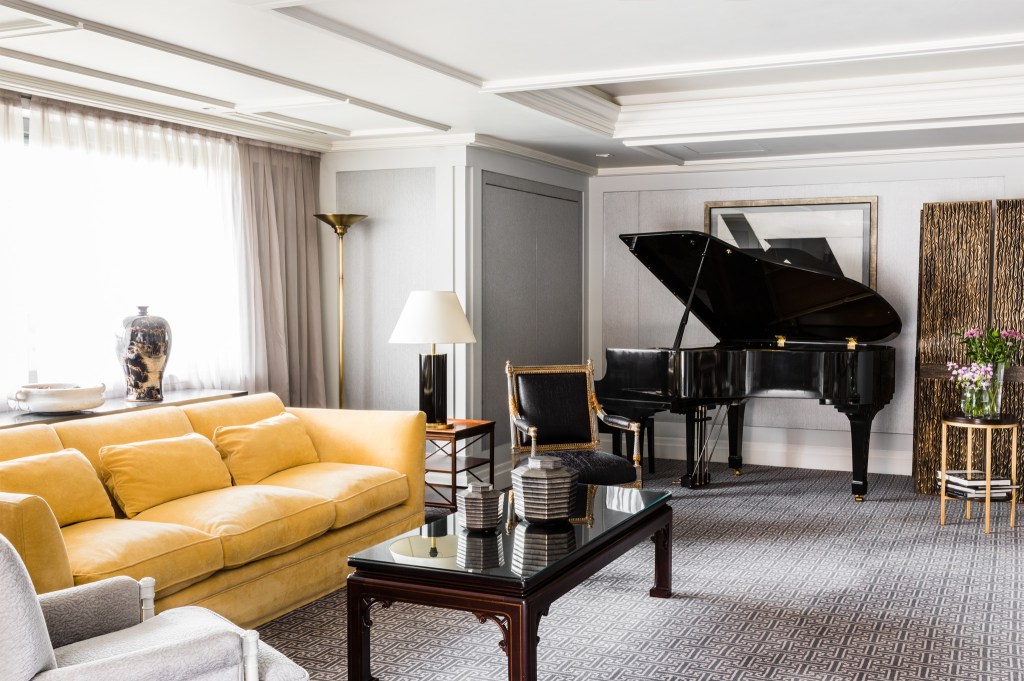 There can be no disputing Madrid’s cultural credentials. In the Prado-Recoletos area, commonly known as the ‘Golden Triangle of Art’, sit three celebrated galleries and museums: the Prado, the Reina Sofia Museum of Modern Art and the Thyssen-Bornemisza Museum. The latter’s extensive collection of masterpieces, spanning the 13th-20th Century, is viewed as one of the region’s most important private collections. And, next year, the Prado, home to Old Masters, including El Greco, Goya and Velázquez, celebrates its bi-centenary.

Then there is the El Madrid de los Austrias. Steeped in 16th-Century history, a time when Spain enjoyed its ‘Golden Age’, this unique locale which sits to the south of the Calle Mayor also boasts the remains of ancient Arabic walls. All across the capital, leafy boulevards and squares are peppered with imperial landmarks and monuments of an imposing scale. Some of the finest examples include the Neo-Classical gateway Puerta de Alcalá and the Plaza de Cibeles which these days often plays host to jubilant Real Madrid supporters celebrating a win. Meanwhile, visiting Brits might raise an eyebrow when they discover the Plaza named after Margaret Thatcher. Whether strolling along its tree-lined boulevards or picnicking in the Buen Retiro Park, there is so much to be said for this culturally rich and verdant metropolis.

Away from the tourist trappings of the Plaza Del Sol, you’ll find the Barreo de Salamanca. This pristine luxury district is home to the Hotel Villa Magna. Ideally located on the busy Paseo de la Castellana, many of the aforementioned galleries and squares can be reached in around 20 minutes by foot. Heavyweight designer brands including Madrid’s very own Loewe line the Calle de Serrano, which sits to the rear of the hotel in the upscale shopping district known as The Golden Mile.

According to Charles Morris, Villa Magna’s British General Manager, its location is definitely one of its strongest points. “Over the past few years, you only have to walk out of the hotel to see the constant openings of the most fashionable and contemporary boutiques and exquisitely-designed restaurants, headed by supremely-skilled chefs,” he notes.

Such is the case at Salamanca’s ever-popular Amazónico. The sizzling hotspot with its rainforested interior will open another branch in London’s Mayfair next year, and forms part of the gastronomic group El Paraguas, which also owns other hip Salamanca eateries including Quintín, Ten con Ten, El Paraguas and Numa. Securing a table at any of these establishments carries a waiting time of weeks, if not months.

The hotel’s original staircase, which is lined with stained-glass windows

Opened in 1972 and revamped in 2017, the Villa Magna has 150 rooms in total, 38 of which are suites. The Royal Suite (€8,500 per night) and The Real Suite (€16,500 per night) are tastefully designed on the top floor, with panoramic views of the city skyline. The latter is fitted with its own gym, grand piano (see main picture) and private kitchen with a private butler is on hand for culinary duties.

The Orchid Lounge, on the ground floor

The décor throughout the hotel encompasses milky shades of lilac, cream, coffee and plum. The only bolt of primary colour can be seen in the hotel’s original staircase, which is lined with stunning stained-glass windows. By day, the ground floor Orchid lounge bar and signature Chinese restaurant, Tse Yang, run by head chef Kam Hoy Chiu, is buzzing with slick-looking Madrileños from the nearby financial district.

This is a place where rock stars and royalty come to stay. At the time of writing, social media was all of a flutter with news that a famous Colombian rapper had taken up residence. As a result, a gaggle of giddy teenagers were huddled together under a large tree out on the hotel’s driveway, camera phones at the ready.

A design hub as well as a wellness centre

Morris, meanwhile, is keen to show off his new pride and joy: the Villa Magna’s just completed Mytha Spa. Billed as a fusion of Eastern and Western wellness traditions, it was 10 months in the making. Indeed, the sleek 800sft space, with its cocoon-shaped plunge pool and austere hammam featuring authentic marble slabs imported from Istanbul, does justice to his pride.

Topping the treatment list is The Leg School. Devised by Professor Francesco Canonaco for the Villa Magna’s sister hotel the Capri Palace in Anacapri, Italy, it is said to eliminate fluid retention, increase the elasticity of veins and improve blood circulation. Highly regarded in beauty circles, this patented treatment has already gained a cult following amongst the international jetsetters and celebrities who make the annual pilgrimage to Capri. As part of a more intensive course of treatments, those determined to banish cellulite forever walk in Kneipp pools, where ‘medicated’ water varies in temperature from 18C to 40C degrees.

Mytha Spa’s more streamlined version kicks off with a leg massage followed by an application of a medicated mud wrap consisting of vegetal substances such as ginkgo biloba, caffeine and tonka bean, along with mineral salts including magnesium and potassium.

Twenty minutes in and, shivering slightly, I’m told by my no-nonsense Latvian therapist that the ‘cooling effect’ is perfectly normal – the potent herbs and minerals are working wonders. The mud is then rinsed off with alternating hot and cold water in the shower, while back on the treatment table, medicated bandages are applied to each leg. Finally, the ‘mineral-rich’ gel is applied, followed by a massage with ice-cold stones.

Despite the sometimes unsettling sensation of cold mud and gelid dressings, the results were worth it – pins as light as feathers for hours afterwards. As for the Mytha’s relaxing spa ambience, that can’t be faulted. The spa music was surprisingly good – more Brian Eno than frolicking whales. So good in fact, I came close to asking for the name of it in order to add it to my iPhone playlist.