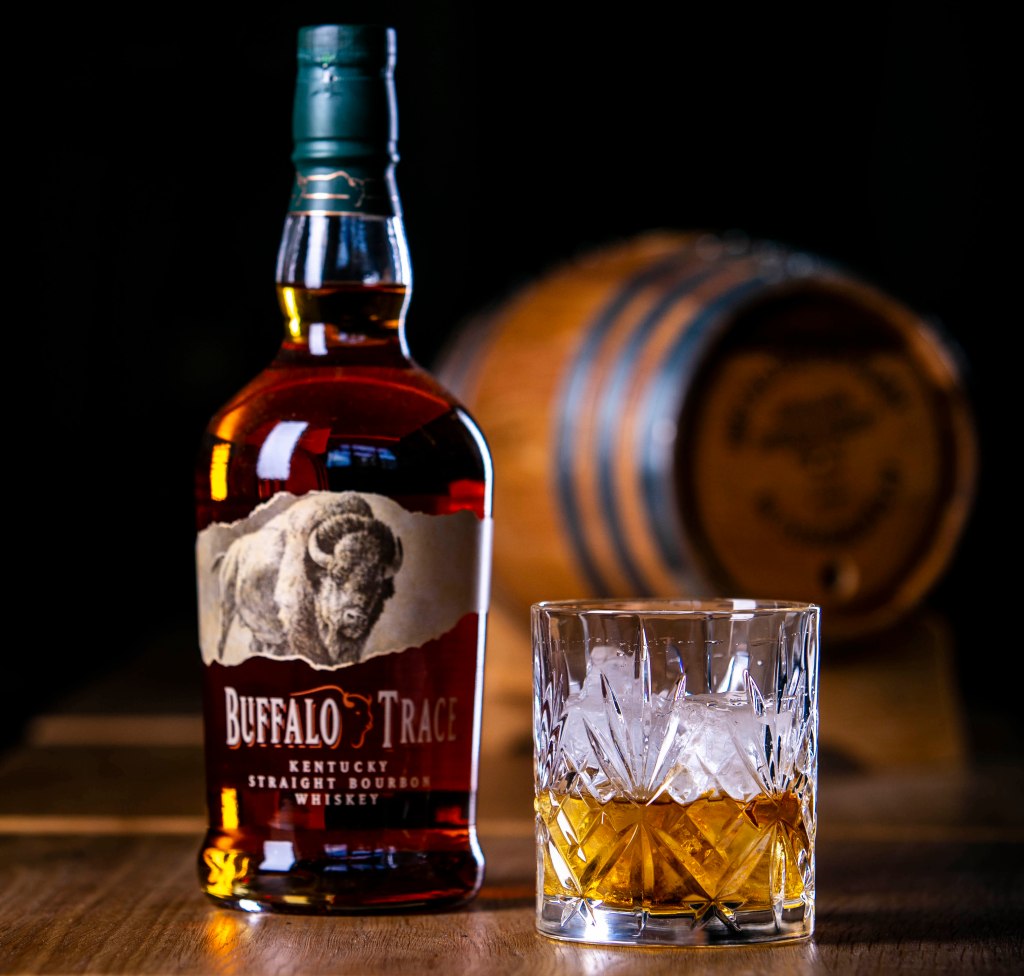 No doubt you’re gearing up for spending this winter a little more sedately than in previous years. There will be a certain lack of client meetings, a real paucity of get-togethers and no office-based shenanigans and prawn rings to avoid. Instead, as we have found out, there is even more time to be slightly more selective about what libations we choose to unwind or celebrate with in the evenings. And with those evenings beginning a little earlier, there’s even more time to really get involved with the thought, care, preparation and attention that goes with creating your perfect seasonal serve.

For those who are looking for something a little different to sup over winter, or who have found themselves in a cocktail rut, Buffalo Trace is here to shake away those cocktail blues. Suffice to say that the award cabinets at its distillery in Frankfort, Kentucky probably require a storage space the size of a small Hebridean island. Perhaps that’s because of its Kentucky Straight Bourbon (£23.25, masterofmalt.com) and its smooth, rounded taste, achieved because the company believes in ageing each barrel of whiskey twice as long as other brands on the market. It chooses new oak barrels to maturate the whiskey in too, resulting in a fresh vanilla taste, awash with lingering notes of candied fruit.

So let’s crack on with that most accessible of whiskey cocktails using Buffalo Trace for this year: the Festive Old Fashioned. The added dashes of cranberry syrup, topped off with a little example of the fruit itself, make this an old fashioned with a real seasonal twist. One can imagine pouring one of these before you contemplate wrapping those presents which you’ve promised yourself you’ll get round to. 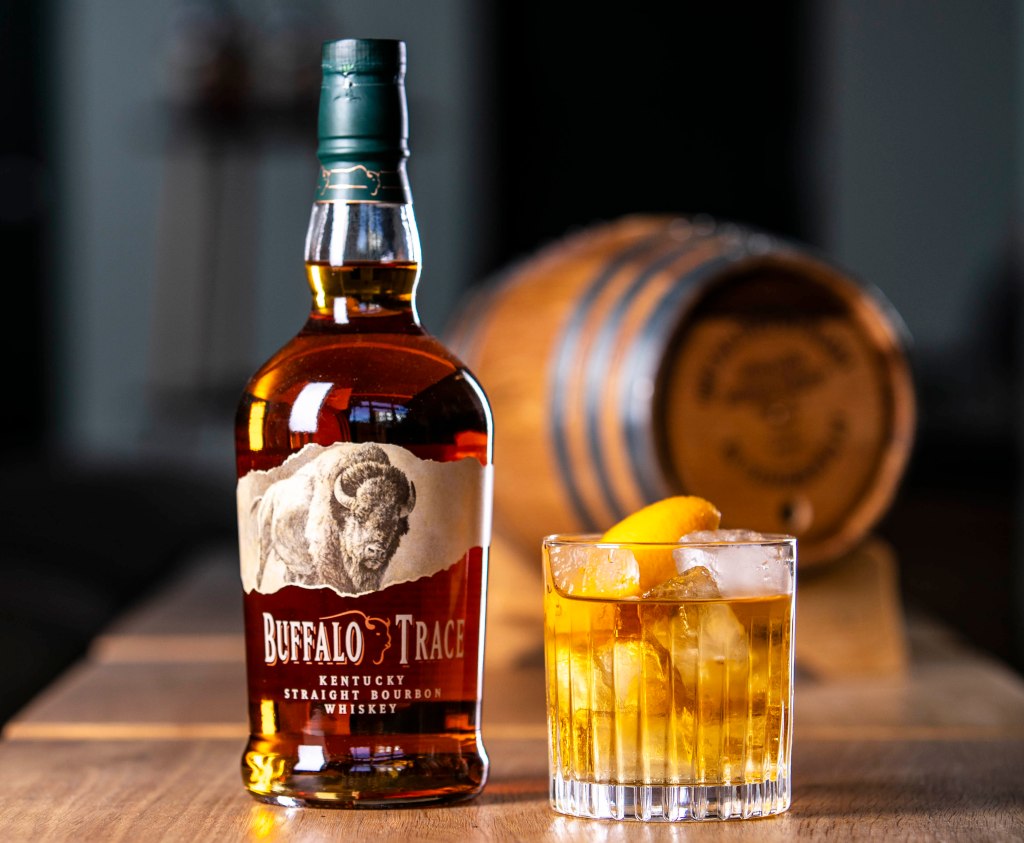 Method
Add all ingredients and cubed ice to glass and stir

Garnish
Add sugar around the rim of the glass, Orange Wedge, Cranberries pierced on a cocktail stick and placed neatly on the top of the glass

But it’s not just the whiskey that we’re here for: Buffalo Trace also has three other standout drinks to shout about which you might otherwise have missed among the more traditional, big ticket spirits around at this time of year. Bourbon Cream, Eagle Rare, and Sazerac Rye, but let’s get to the cocktail-making tout de suite.

The Bourbon Cream (£28, masterofmalt.com) is very on message for this period – all super silky, with a rich mouthfeel, which is enhanced by the cream, juxtaposed with the Buffalo Trace Kentucky Straight Bourbon. Of course, we needn’t mention other brands that mix whiskey and cream, and are usually more synonymous with this time of year. If anything though, the sweet, vanilla kick of the Kentucky Straight bourbon provides a unique spin to any cocktails you might be inclined to make with it. One such example is a Buffalo Float. Grab a can of root beer and mix with the Bourbon Cream to ensure your celebrations have some effervescence about them. For some extra richness, trying scooping over some vanilla ice cream to top off the Float. 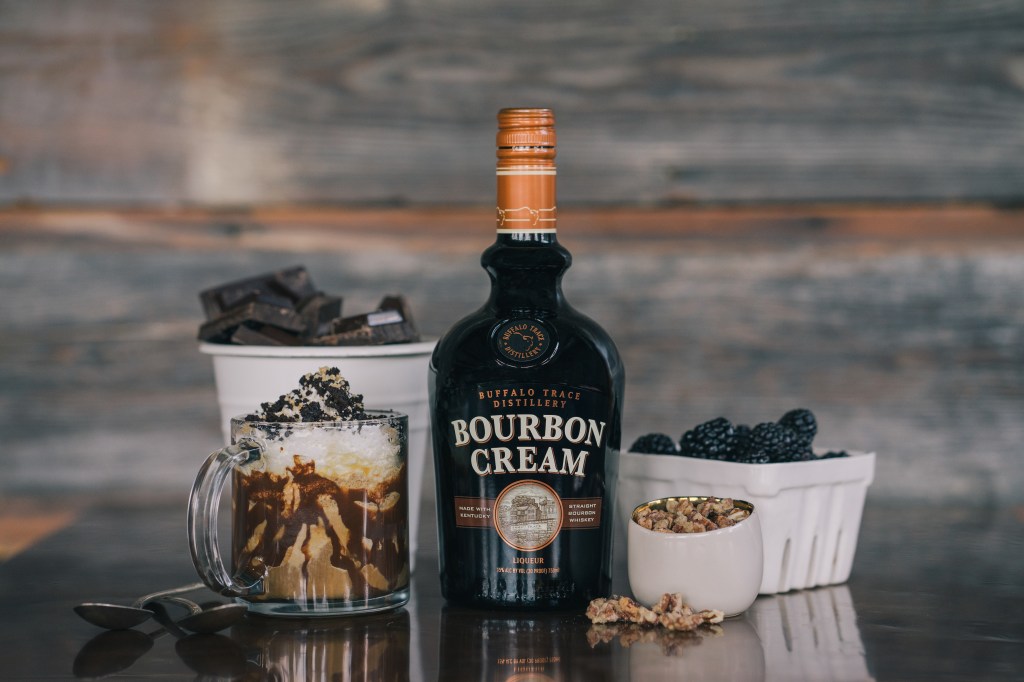 Method
Combine in glass and serve.

Another candidate for a festive mix is Buffalo Trace’s Eagle Rare whiskey (£32.45, masterofmalt.com). Bottled for ten years before making its way into bottling at 45 per cent, it’s a more complex, but no less palatable spirit that the Kentucky Straight bourbon. It’s got the same sweet nose of its bourbon relative, but the mouthfeel and aftertaste on this are a pleasing mixture of cinder, walnuts and warm, buttered bread. No surprises then that the perfect cocktail to fashion out of this is a Revolver – a real, moneys-worth of an after-dinner sup. If the Borghetti Coffee Liqueur isn’t available at your local Waitrose, then Kahlua would work just as well. Just don’t be tempted by the lighter and much sweeter Tia Maria. 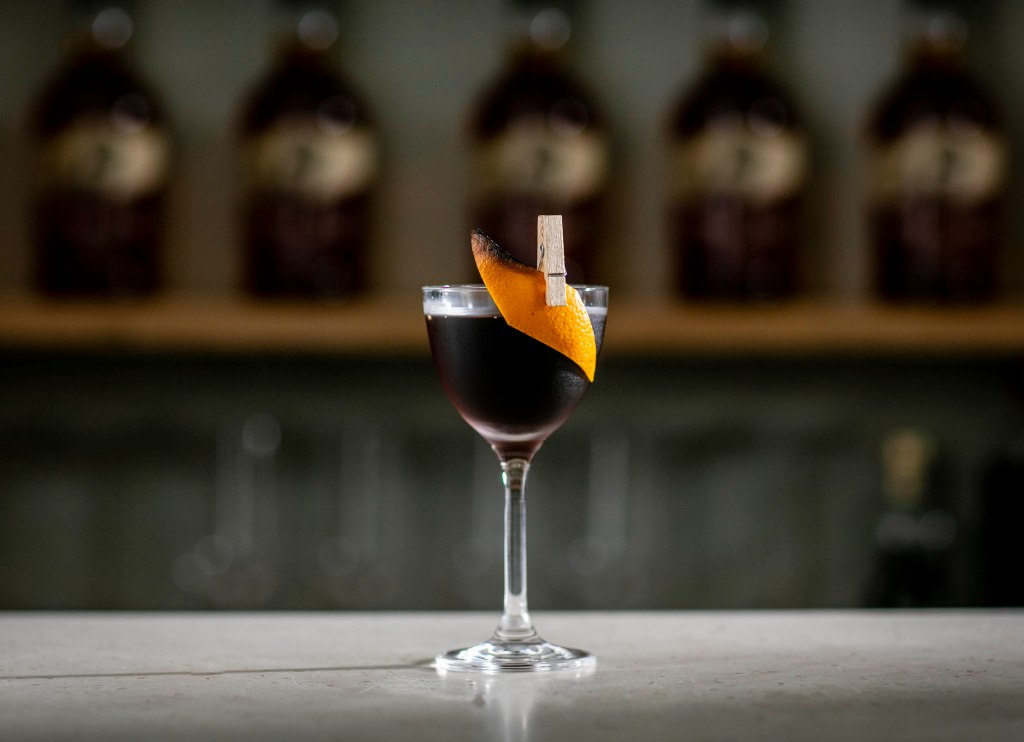 Finally, the Sazerac Rye (£39.75, masterofmalt.com) is both the ingredient for and a perfect cocktail in itself. Founded at the Sazerac Coffee House in New Orleans, toddies were made with Rye Whiskey and Peychaud’s bitters, and it’s been the choice of tipple for many musicians, artists and writers throughout the 20th century. Hunter S Thompson was particularly fond of the tipple. So tip this bottle up, assemble the ingredients below, follow your muse and let your creativity flow, as you languidly sip this inspiring concoction by a roaring fire. 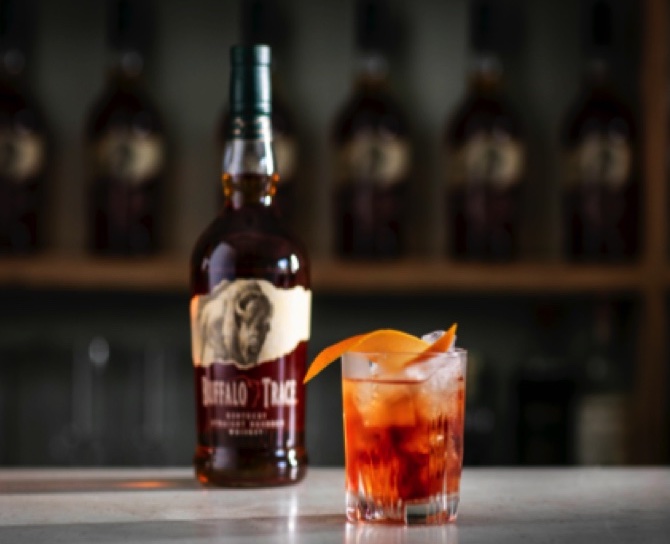 Method
Combine in glass and serve.