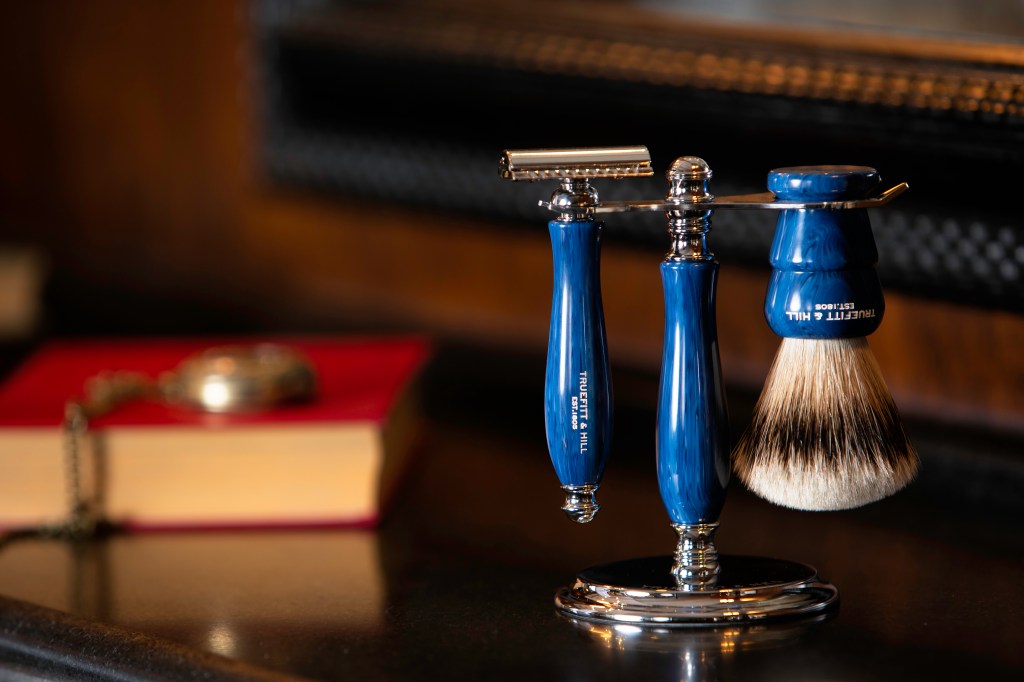 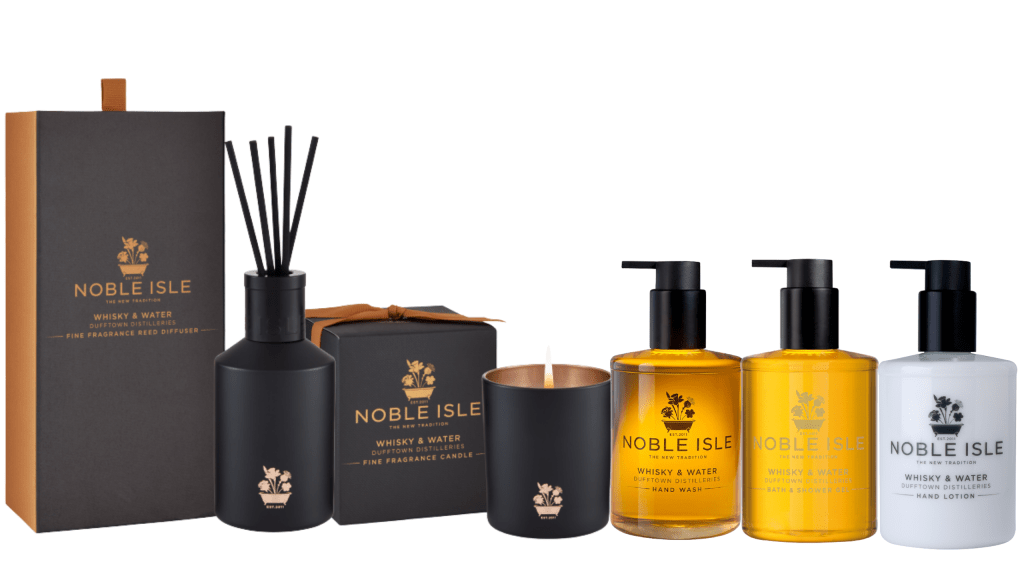 A brand whose tagline is “Britain In A Bottle”, Noble Isle’s bath washes, body lotions, haircare and scented candles are inspired by the natural and cultural riches found on Blighty’s damp shores: which makes the notion of a woody and spicy range made using malted barley from the famous Balvenie distillery in Scotland altogether less surprising.

Barley, packed as it is with proteins and B-group vitamins, is a natural skin calmer – and the products are also devoid of parabens, cruelty-free and environmentally friendly. The range includes bath and shower gel (£21), hand wash (£19), hand lotion (£21), reed diffuser (£49) and a single wick candle (£40). Stockists including Liberty London, Fortnum & Mason, Selfridges and Harrods are among those who agree with us that this brand is a rare find for the genuinely discerning preener.
BUY NOW 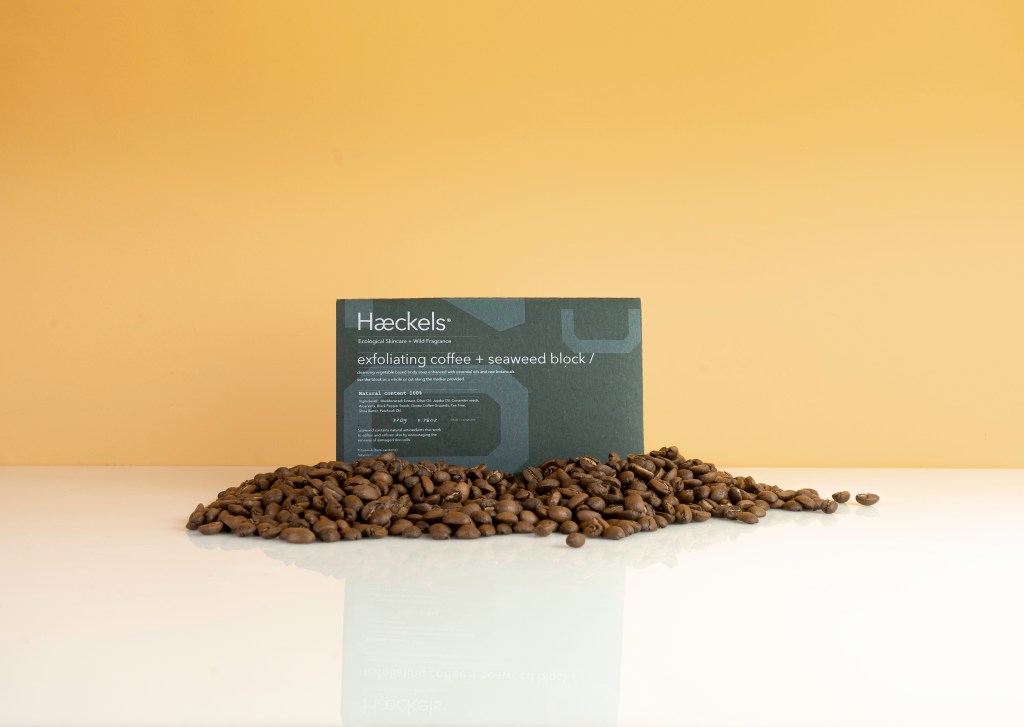 There’s nothing new about waste materials becoming raw materials for luxury goods – one would hope the Great Pacific Garbage Patch is depleting faster than the rainforest thousands of miles to its South-East, given the amount of watch straps seemingly being made from recycled ocean plastic these days.

But just because a concept packs marketing potency doesn’t mean it’s not also doing serious good, not least in making us think about the devastating impact of waste. In the case of Haeckels x Ozone Coffee & Seaweed Block (£18) from the Margate-based natural skin care and wild fragrance company, the waste product in question is coffee: two billion cups of which are drunk globally each day, each requiring about 76 beans to be ground down with the remains usually being composted.

As users of the soap, which is lightly scented with Tea Tree and Patchouli, will quickly concur, these grinds have an amazing exfoliating effect on the skin. Aptly enough, the packaging is made from discarded coffee cups.
BUY NOW 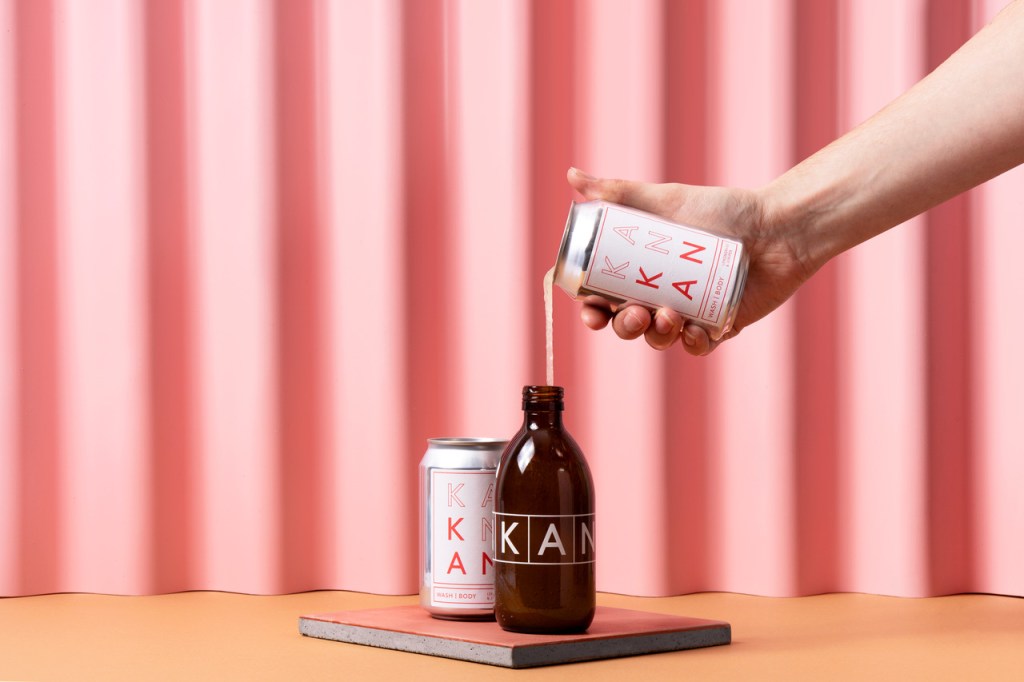 That curious brand name has nothing to do with mid-19th Century French cabaret: rather, it’s a reference to this London company’s policy of providing cans to refill existing soap bottles. “That’s still wasteful, no?” the sceptic might reasonably ask? Well, KanKan have done their homework. The reality is, their website points out, fourfold: the cost of recycling plastic is greater than the cost of using virgin plastics; plastics can only be recycled twice while metals are infinitely recyclable; it takes 95 per cent less energy to make a can from recycled materials; aluminium is alone as a material that more than covers its recycling cost.

As for what lies within, the body washes in Lemongrass and Juniper Mandarin & Clary Sage and Chamomile and Lavender (all £15) smell as fresh and as clean as the brand that made them’s modus operandi. “Closer to nature than this, and we’d be showering in the wilds,” says their site, with some jauntiness, of the botanical suds their products create.
BUY NOW Forty years after a certain popular lager brand launched the ad slogan “Reassuringly Expensive”, this British grooming brand – whose eponymous founder Olie spent two decades hair-styling celebrities including Daniel Craig – describes its wares as “expensive but worth it”: and their bold, candid claim carries more than a little heft.

Their Abyssinian Clay, made with Abyssinica seed and hazelnut oils (£28), and Blackseed Wax (also £28) offer a hold that’s easy on the eye and a gentle waft that’s easy on the nose; their Perilla Oil (£33) is fantastic for keeping abundant beards tame; but our favourite product from the diligently cruelty-free range is Formentera Salt Spray (£18), which emulates the effect swimming in the sea gives the hair (the salt content absorbs any oiliness, while natural seaweed extract gives body).
BUY NOW 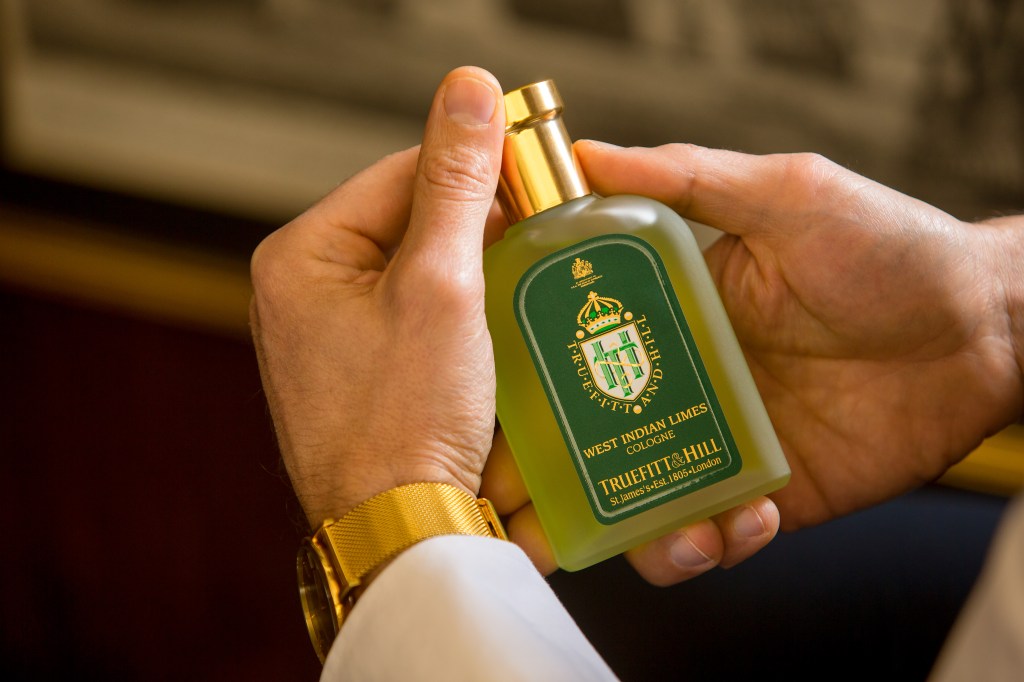 Traditional wet shaves went out of fashion with the invention of safe home-use razors in the 50s: try telling that, though, to the oldest barber in the world, London-based Truefitt & Hill, an establishment which has welcomed Lord Byron, King George III, Winston Churchill and The Duke of Edinburgh through its doors over the years, and whose Ultimate Grooming Experience includes a haircut and shampoo, manicure and facial treatment as well as that particular gentlemanly indulgence.

In lieu of being able to get to their St James’s premises for a pampering though, the next best thing is to experience their product range: from the West Indian Limes Cologne (£65) to the Moisturising Vitamin E Shampoo containing radish root (£19) via the Euchrisma Clay (£22) which gives an elegant matte hold to gents with shorter haircuts.
BUY NOW 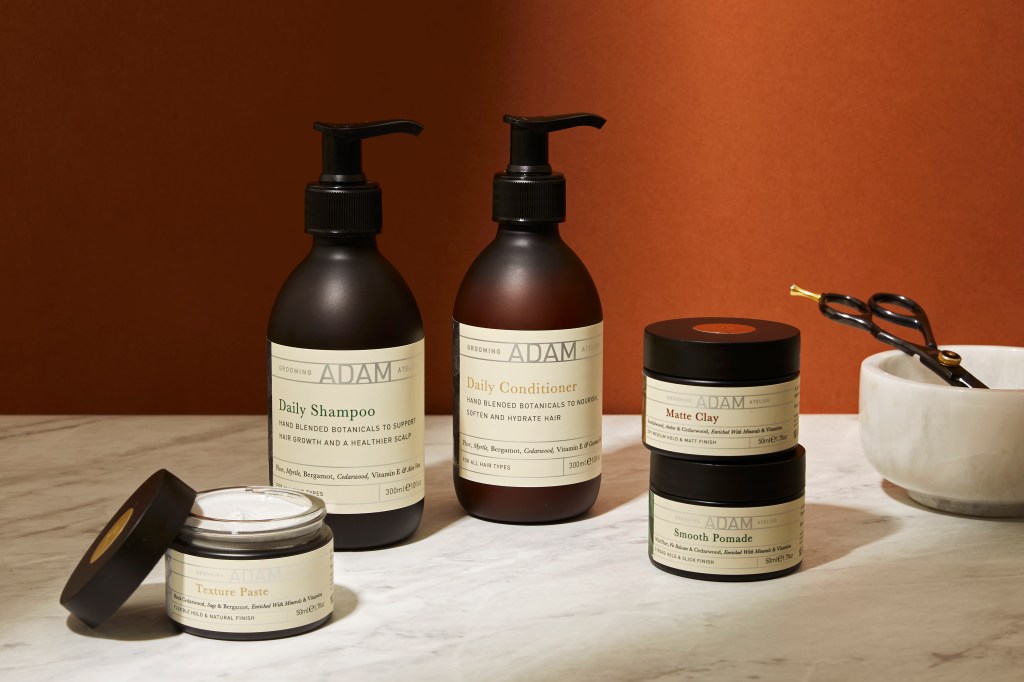 The phrase “don’t try this at home” is a sage one when it comes to the Traditional Turkish Ear Flame: but it’s an effective measure for those a little hirsute around the auditory region, and we thoroughly recommend it once it’s permitted to saunter the streets of The City of London, Victoria, Fitzrovia and the Docklands again, ‎and visit one of the ateliers of Adam: a London barber whose stock-in-trade is Turkish-inspired grooming tradition.

Raw botanicals, essential oils and spices from Anatolia and the Ottoman spice routes are the defining ingredients of their product range, and all are redolent of the leather tanneries found on Western Asia’s coastlines. They include shampoo and conditioner (£20), matte clay (£16), smooth pomade (£16), texture paste (£16), charcoal face wash (£25), sea salt spray (£20) and a full shaving set/haircare set (£155 and £45 respectively).
BUY NOW 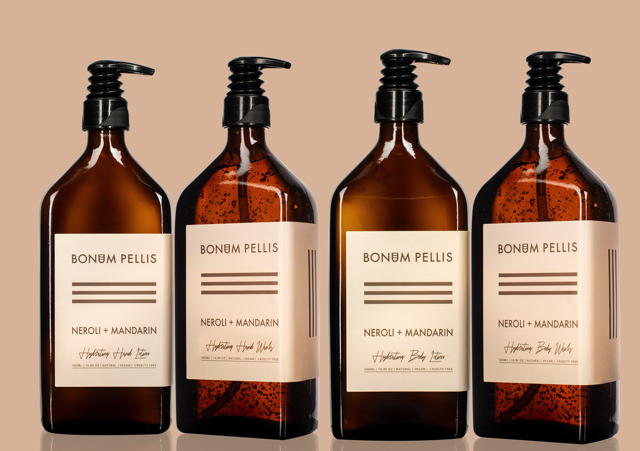 The brand name, as Latin scholars will have clocked, refers to good skin: and this Harrogate-based outfit would like to think its recyclable, vegan, cruelty free products are as kind ecologically as they are dermatologically.

Highlights of their offerings include the EveryDay Moisturer (£35), a plant-based product made with argan oil and passionfruit oil to moisturise and soften, plus jojoba oil for protection and nourishment; and their Clay Mask (£30), a botanical four-in-one offering whose ingredients (charcoal, kaolin, witch hazel and hyaluronic acid) will exfoliate, firm and restore the skin.

Meanwhile, check out Bonum Pellis’s #IamGoodSkin campaign Aimed at spreading positivity and inclusion within the beauty industry and beyond, the initiative will encourage users to set share images on social media, in return for which for the brand will donate £1 to the British charity Changing Faces for every picture and video shared using the hashtag.
BUY NOW 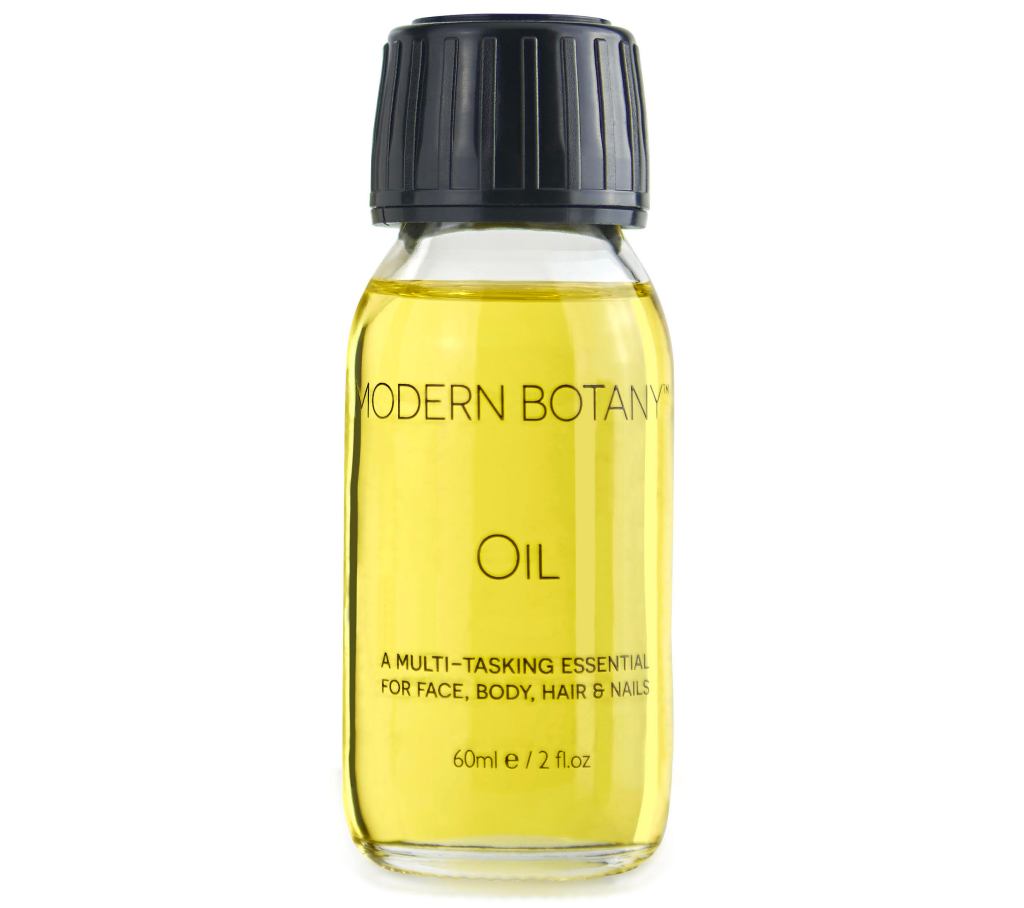 It’s usually hard to ascribe serious medical credentials to grooming products without pole-vaulting over the line between science and pseudoscience: not so in the case of Modern Botany, whose co-founder Dr Simon Jackson holds a PhD in pharmacognosy – the study of natural ingredients and their medicinal application.

The brand – which has welcomed beauty and wellness expert Tracey Woodward on board as its Director of Strategy and Innovation ahead of a brand expansion and re-launch – produces an anti-microbial, astringent deodorant (€25 for 100ml) which is a hit amongst au courant men, whilst the multi-purpose oil (for face, body and hair) it launched last month, which features five natural active ingredients and aromatic essential oils including flaxseed, performed well in clinical trials (yep, clinical trials) – the oil increased the hydration of the skin by 16 per cent over 28 days – and is set to be another crowd favourite.
BUY NOW

How London’s A. Wong Pushed Chinese Fine Dining Into the Future – By Embracing The Past

Is This Set To Become The World’s Most Expensive Whisky?