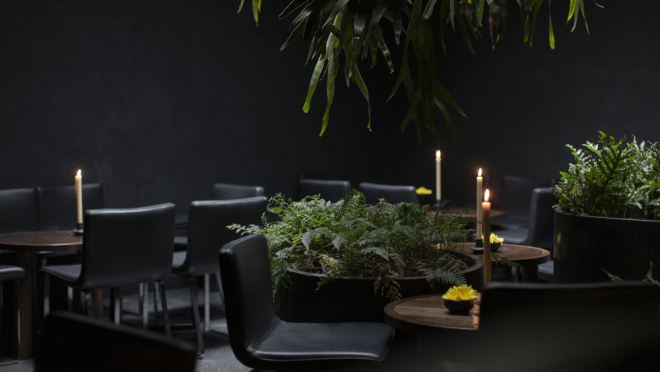 Two of our globetrotting food correspondents—Mary Holland and Chris Dwyer—reported back with the most superlative new establishments they dined at during their past year of travels. While most people are curtailing their international adventures at the moment, once flying resumes, these are the restaurants abroad that you’ll need to seek out.

Contemporary Turkish cuisine has never been more exciting or confident, and chef Fatih Tutak is leading the charge at his elegant Istanbul restaurant, Turk. Ancient techniques and local ingredients meet Tutak’s global experience in stellar creations such as bulgur wheat with veal, miso and radish, or memorable duck with chestnut and sour cherries.

Swiss maestro Daniel Humm named Davies and Brook after the address of the storied Claridge’s hotel that houses it, and his cuisine more than matches the chic Art Deco surroundings. The menu features a sublime take on his classic duck glazed with honey and lavender, while new creations such as citrus-marinated yellowtail with crispy rice are set to become classics in their own right.

Few Sydney dining rooms can match the relaxed but see-and-be-seen vibe of Mimi’s, overlooking Coogee Beach. From his open kitchen, chef Jordan Toft showcases his country’s brilliant produce in dishes such as scallop with murri sauce or pork collar with wild honey and peach mustard. And the desserts, including brioche toast with Sauternes ice cream, will make you glad you saved room.

Chef Kamilla Seidler’s socially responsible Lola in Christianshavn is unlike any other restaurant in Copenhagen. Inside the yolky-yellow building that was once a mill, dishes inspired by travels beyond Denmark—such as an Indian-style roasted flatbread and a Salvadoran “pita” filled with refried beans and kimchi—are thoughtfully created by her global team.

Chef Enrique Olvera, who helms Cosme and Alta in New York, has transformed his Pujol space in the Mexican capital into a swank agave-focussed spot. The inky bar, lined with slick black seating below a gargantuan staghorn fern hanging from a circular skylight, shakes sublime cocktails and serves a small but outstanding menu that takes liberties with traditional Oaxacan plates, such as tamales that taste of an Italian influence and guacamole
with wasabi.