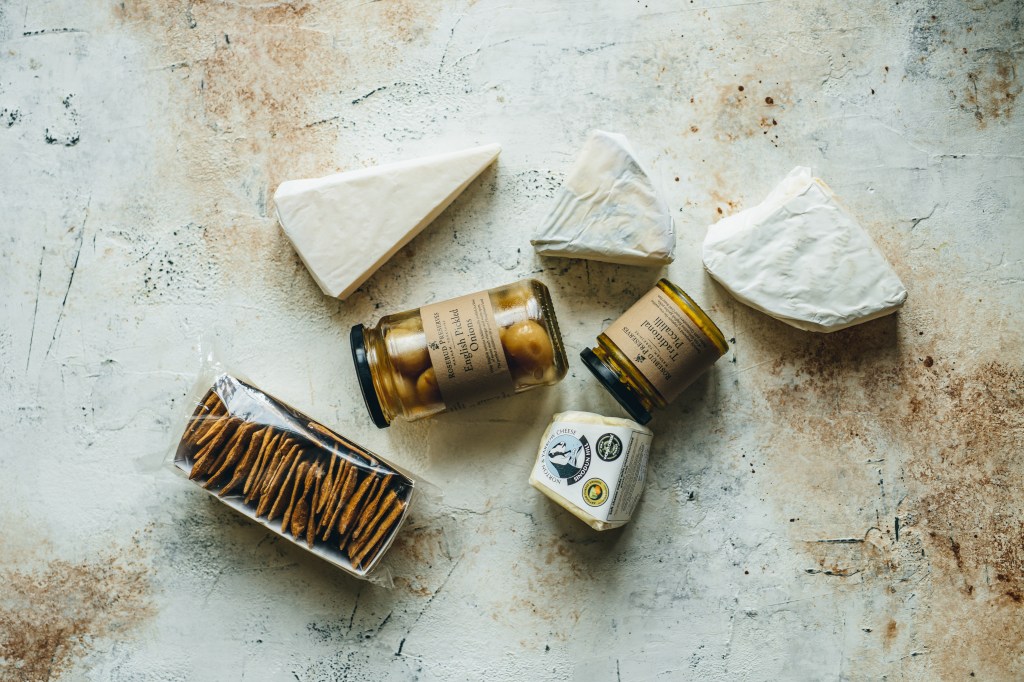 The Cheese Bar’s ‘Santa Baby’ cheese selection
Their nationwide cheese delivery service launched during lockdown; now, building on its success, The Cheese Bar is launching its Christmas cheese box (below, and main picture) that pulls together a selection (aimed at around 10-12 people) including Westcombe Cheddar, Cropwell Bishop Stilton, Baron Bigod Brie, Sinodun Hill Goats Cheese, a jar of Rosebud Preserves traditional piccalilli, pickled onions from the same company and a packet of Millers Damsel Crackers
£55, thecheesebar.com 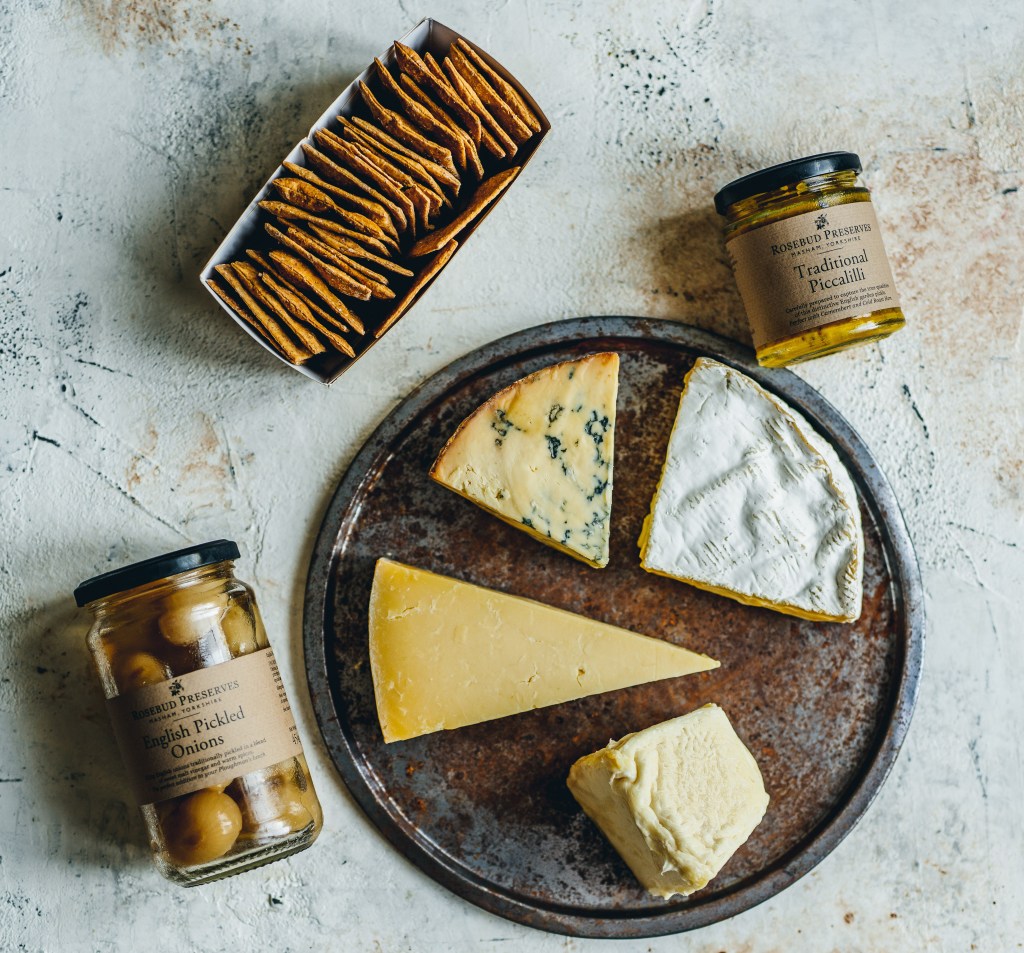 Sharpham’s Essential Devon Cheese Board
Thanks to its rich dairy farming heritage, rural Devon is arguably the UK’s cheese capital: and this collaboration between the counties finest cheesemakers won’t do anything to convince you otherwise. Made entirely with milk from cows and goats that graze Devon’s bucolic pastures, the selection (delivered straight to your door with no contact necessary) includes Devon classics such as Sharpham Ticklemore Goat, Quickes Mature Cheddar and Devon Blue, plus a ‘Grader’s Choice’ from both Sharpham and Quickes.
£20, sharpham.com 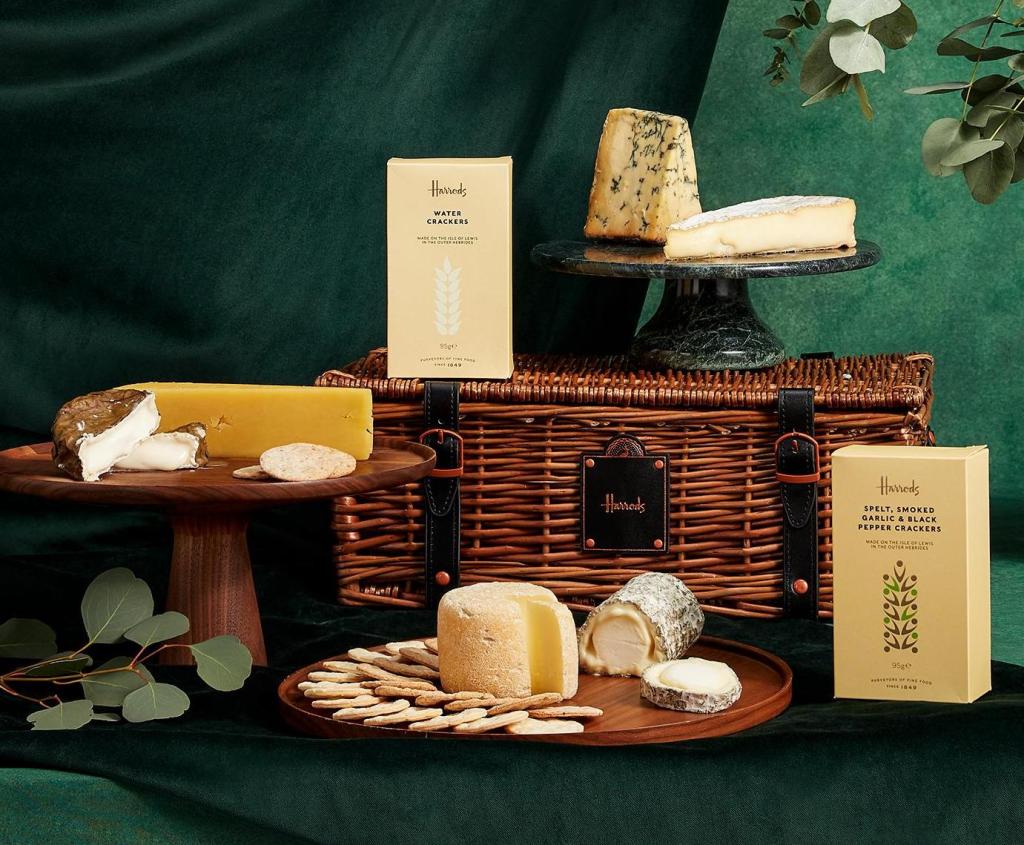 Fortnum & Mason’s Ultimate French Cheese Selection
“How,” Charles de Gaulle once quipped, “can you govern a country that has 246 varieties of cheese?” And indeed, the culinary curators at the iconic Piccadilly food Mecca had a tricky task whittling those down to four: a truffled soft cheese, one blue cheese, one hard cheese and a soft rind cow’s milk cheese. If calling in, pick up some of their blackberry and apple chutney and a bottle of vintage port.
£60, fortnumandmason.com 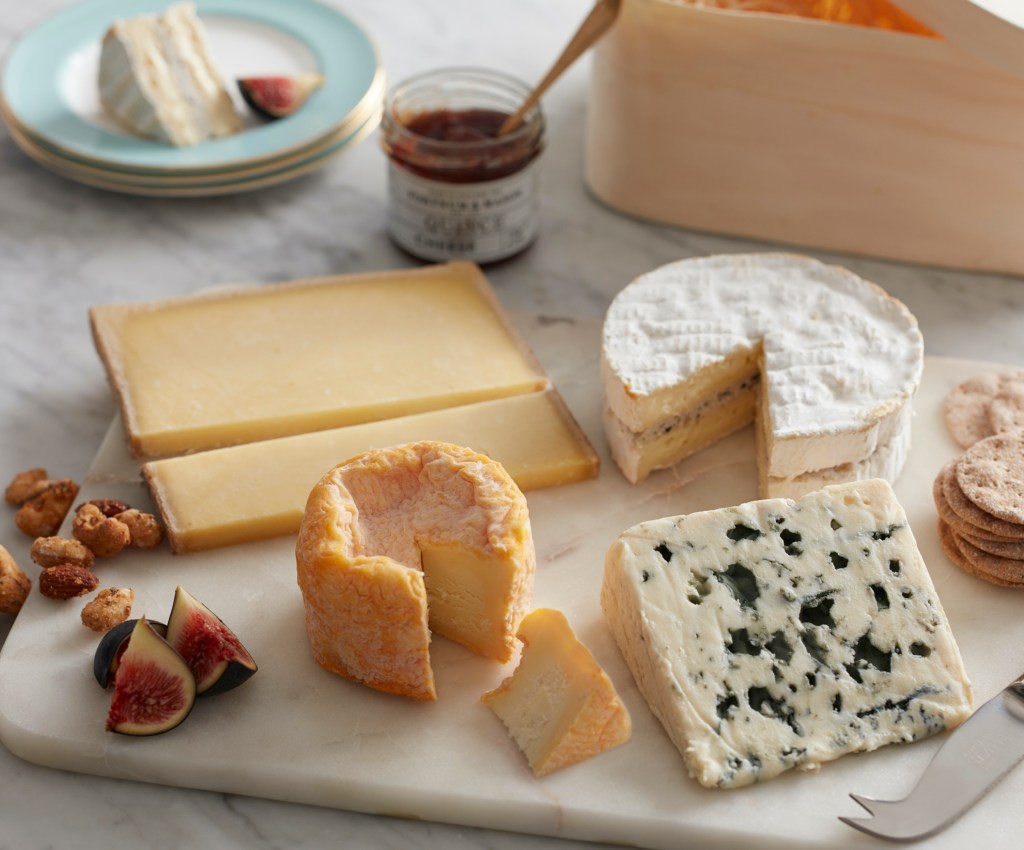 Yumbles’ Italian Artisan Cheese Hamper
Over to Lo Stivale this time, via the UK’s all natural food marketplace, and a genuine connoisseurs’ collection from Vorrei Italian Hampers: think Pecorino Sardo, one of Italy’s oldest cheeses, from the miniscule town of Dolianove in the Province of Cagliari;  Aged Parmigiano Reggiano, produced from raw cow’s milk in the Appenine Mountains; and biodynamic Prosecco Colfondo from Veneto, all complemented with carefully curated accruements such as sun-dried tomatoes, grilled peppers and shredded aubergines.
£89, yumbles.com 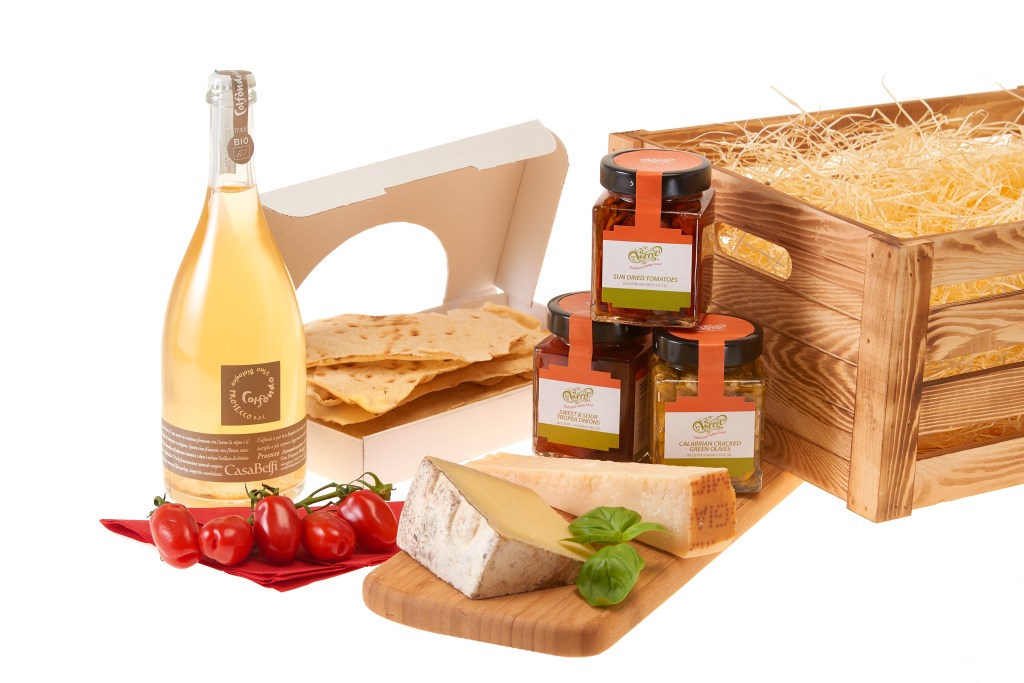