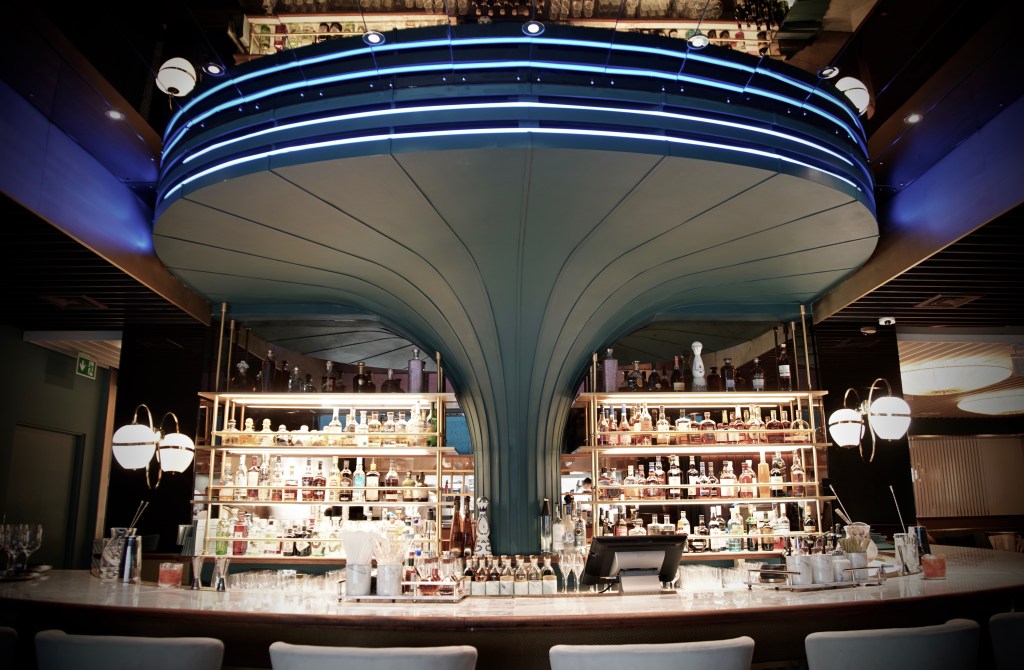 If you’re one of those curmudgeons who will see Ibiza’s clubbing scene as the worst possible reason to visit the island until the day a cholera epidemic breaks out, you might still have found yourself boarding a plane there, enticed by the Balearics’ fantastic culinary scene: one that encompasses such delectable fare as Sofrit Pagés – a traditional stew in which chicken, lamb and the Ibizan sausages like sobrassada and botifarra do battle for palate domination – as well as local paellas and seafood grills.

Now, with its Ibiza branch having become established in 2015 and a second outlet in Milan having clinched its first Michelin star shortly after opening last year, an approach to food described by founder Alessio Matrone as “fine Mediterranean cuisine meets the Balearic beat of Ibiza” has come to London. Mayfair to be exact, on the illustrious strip that is Dover Street. 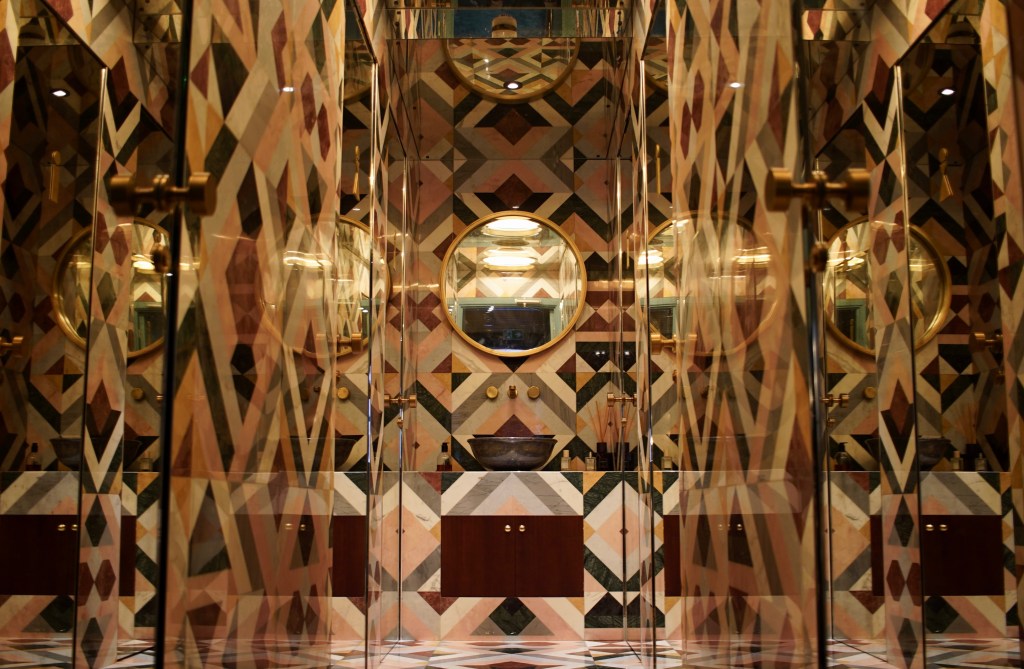 The fare here at the aptly named IT also has an Italian tinge, what with the two men behind the southern European fusion being Gennaro Esposito and Adriano Rausa: a partnership forged when the pair worked in double Michelin-starred Torre del Saracino in the former’s hometown of Vico Equense on the coast of Sorrento, roughly on the shin of ‘Lo Stivale’. Rausa has been seconded from IT in Milan to take up the Head Chef position at the new Mayfair space, which seats 100 across its bar and restaurant and also offers a semi-private dining room.

The Italian influence is immediately evident in the first course – an ultra-thin pizza with yeast-free crust, sweetened by yellow tomatoes: a dish which calls to mind a delectable street-food experience in Naples. Signature dishes on the menu also include a Spaghetto al Pomodoro and our second course this evening: a flavoursome scabbardfish (think cod, but with finer brushstrokes across the palate) with homemade Vesuvio tomato sauce, nocellara olive soup, fennel purée and almonds. 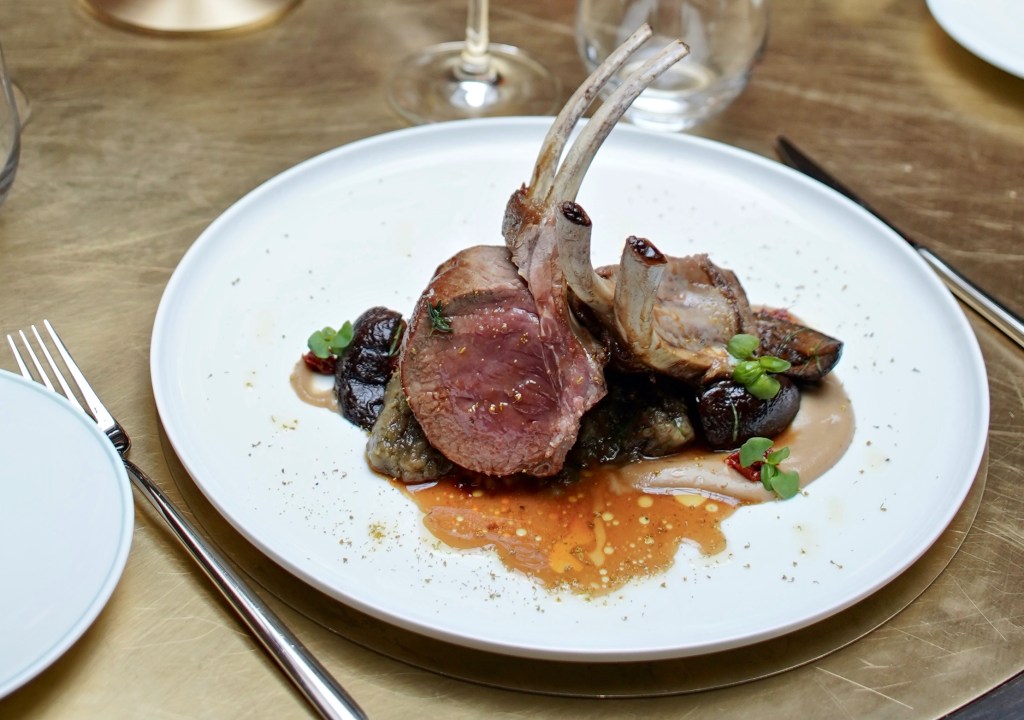 Next up was a spaghetti al pomodoro del Vesuvio leant a rich flavour by the organic, elongated Piennolo tomatoes plucked from the mineral-rich lava soil found on the slopes of a volcano that continues to make the residents of Naples as superstitious as they are gastronomically blessed. And then came the finale: a sumptuous, tender-pink rack of lamb with twice-cooked aubergine and tarallo purée with ‘nduja, a gorgeously nuanced sauce (above), complemented admirably by a 2016 Perbacco Vietti (the wine-pairing recommendations here are, based on our experience, flawless).

The restaurant’s décor – gently neon lit and tastefully club like, with suede seats, marble tables and an overall gentle avant-gardism afforded a focal point by the sci-fi-ish mushroom-shaped floor-to-ceiling fixture dividing the bar’s spirit shelves in two (see main pic) – is a breath of fresh air in a region of London that has more than enough old-school opulence, and contributes to an atmosphere akin to a gentlemen’s club aimed at the type of HNWIs who know how to spell ‘Deadmau5’. 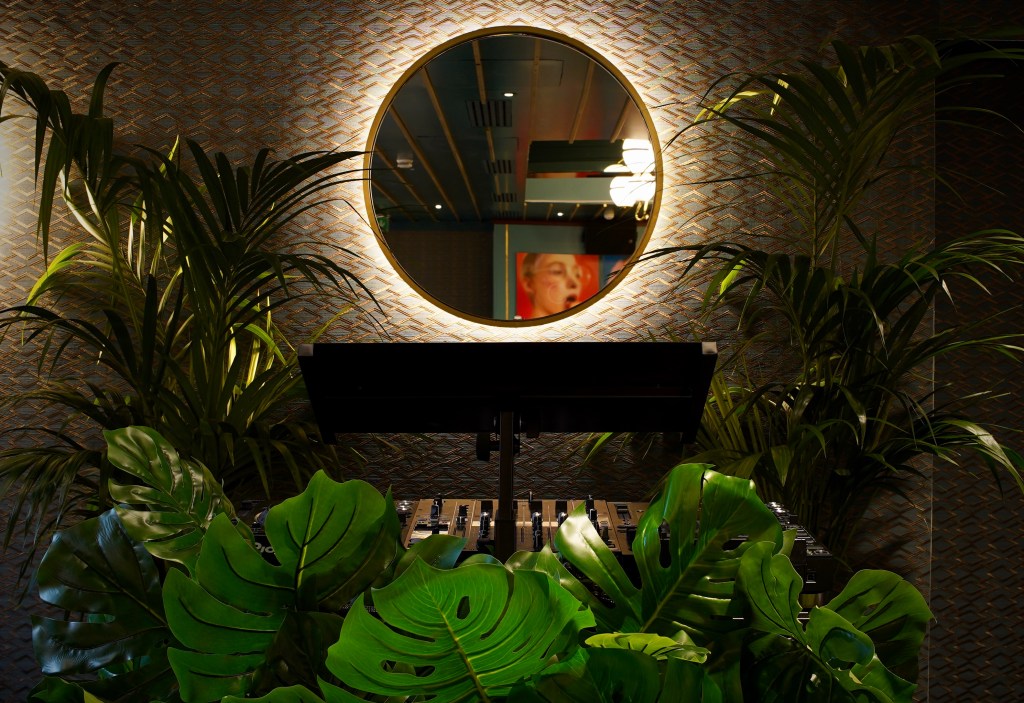 Mixology, at IT, is not confined to the bar

Which brings us neatly to the million-dollar question: what’s the music like, in a swankier-than-thou establishment, proud of its roots in the clubbing capital of the world? Those aforementioned rave-a-phobes may baulk at the presence of a pair of decks behind a verdant pot plant display in one corner, but the soundtrack the restaurant refers to as “hypnotic evening grooves” is, on the Friday night of our visit, unobtrusive – gently uplifting, even, in a nod metronomically-at-your-champagne-glass kind of way. Those who do favour a few more beats per minute, at a louder volume, are also well catered for thanks to regular events featuring world-renowned DJs.

Which is appropriate, as this excellent new addition to London’s bulging culinary repertoire is – whatever your music tastes and social life proclivities – well worth raving about.