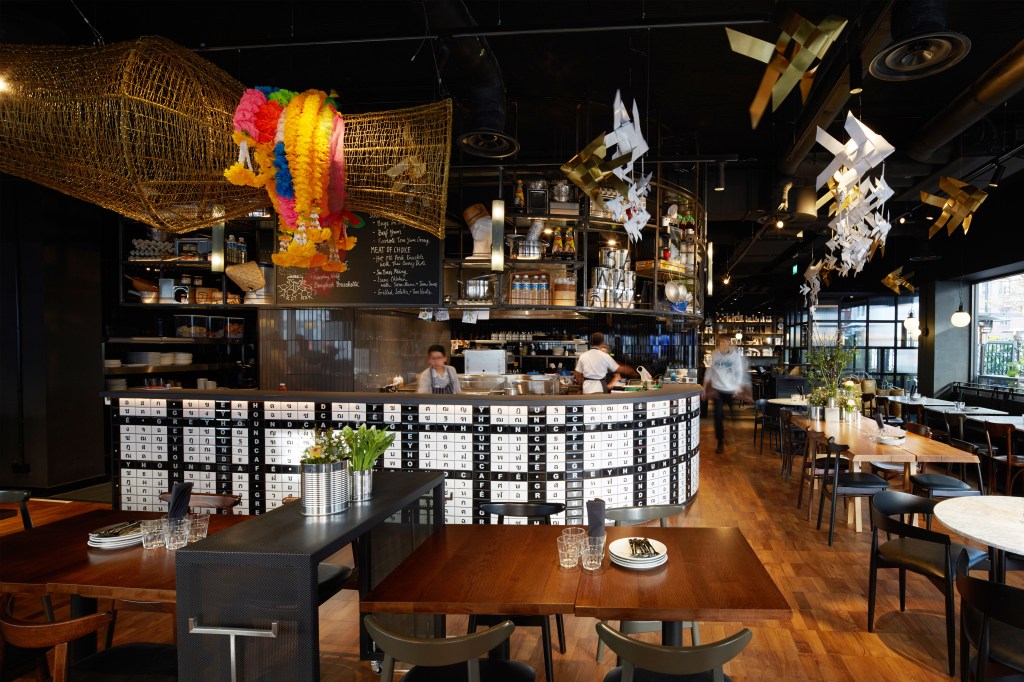 Let’s be honest: London’s Thai food scene took a nosedive when pub-goers started regularly ordering pad Thai, instead of pie, with their pints. What started off as a well-executed ruse at The Churchill Arms near Kensington Palace soon degenerated into an insult to a distant nation’s fine culinary tradition, once any hipster who’d spent a couple of months on Koh Samui was deemed fit to knock up tom yum goong for punters all over the capital.

So when the Greyhound Cafe, an authentic Thai eatery that made its name in Bangkok’s Sukhumvit district, opened a branch a stone’s throw north of Oxford Street,  it felt like the latest act of culinary re-appropriation from people who know what they’re doing when it comes to blending salty, sweet, sour and spicy to perfection. 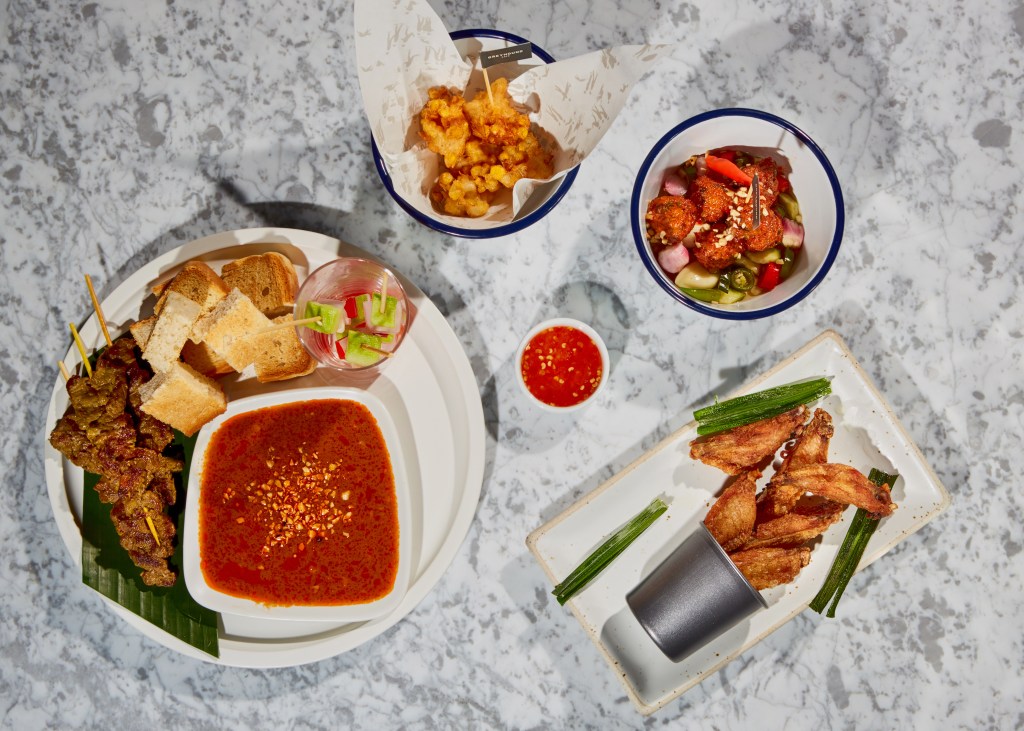 Of course, London’s not short of beyond-decent Thai eateries – Champor-Champor and Som Saa, to name just two – but the Greyhound Café’s thoughtful approach really ups the ante: and is achingly hip to boot (the décor includes moody black-and-white flourishes, chalked etchings, Buddhist garlands and, along with some elegant metal sculptures, a huge, ceiling-mounted sai fish trap festooned with colourful garlands hanging from the ceiling).

Despite the much-vaunted authenticity of the food, all that’s created in the central open kitchen comes with a twist: “Our inspirations come from far and wide – some recipes were handed down from our grandmothers, some are dishes from our travel memories and others were inspired by our midnight fridge raids,” as the restaurant’s founder, Thai fashion maven Bhanu Inkawat, puts it. “Just like in Bangkok, we mix traditional and international, street and couture, all fused together in a beautiful, chaotic way.”

Head Chef Jiratti Ruengwiriyachai, meanwhile, is a big believer in doing things differently in such a crowded space as London’s Thai food scene. “Greyhound Cafe has a very unique approach to food in comparison to most Thai restaurants in today’s market,” he says. “All our dishes are cooked from scratch and the attention to detail when it comes to ingredients selection is paramount. Pad Thai sauce, for example, is made fresh by squeezing tamarind juice from its pulps and slowly stirring in Thai palm sugar to create the mouth-watering balance of sweet and sour in the traditional way.” 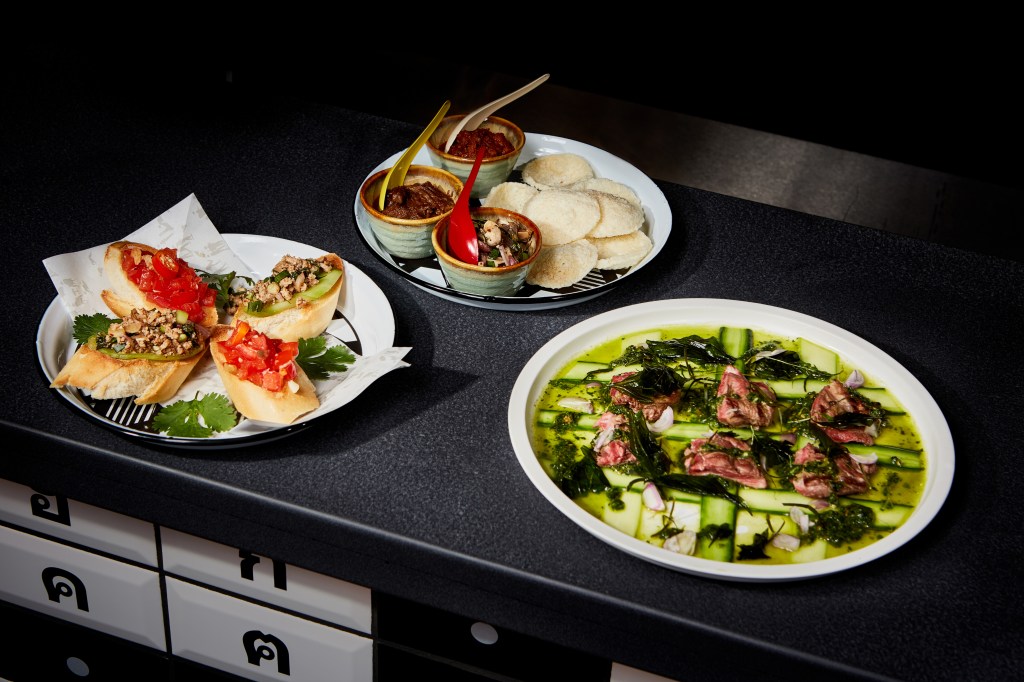 And the results? Dishes like Salmon in Hot Pursuit (a small platter of thinly sliced sashimi-grade fish in chilli-spiked green sauce) and Complicated Noodle (a DIY taco-like wrap of iceberg lettuce and rice noodle sheets with soy-braised pork herb salsa) both provide an explosion of piquant flavours, while the rib-eye satay starter and the duck soup noodles are also highly recommended.

Adding to a general atmosphere of haute-hip chaos, meanwhile, is the fact that the food is not served in any order but as soon as it’s ready: this makes the journey all the more random (in a good way), given how surprisingly well a mixed-mushrooms basil chilli bomb juxtaposes with crispy sweetcorn crab pops.

If you’re used to ordering Thai food from a man stood behind beer pumps, Greyhound Café could serve as a timely reminder of the gloriously eclectic spectrum of flavours offered up by this rich, ancient cuisine.