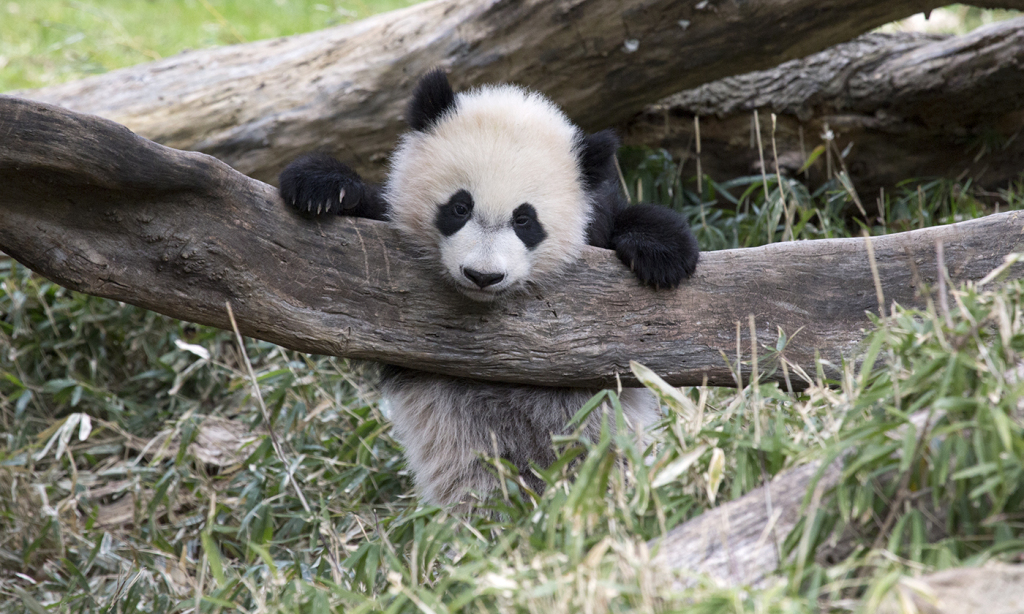 Right now, along with a bunch of other self-isolators, I’m watching two giant pandas, Tian Tian and Mei Xiang, as they munch on bamboo and leisurely roll around in the dust. While I haven’t left my living room, my quarantine blues have momentarily dissipated and I actually feel…happy.

That’s no fluffy coincidence. Studies have found that our pleasure centres light up when we see something cute, as the act of doing so delivers a big dose of dopamine to the brain. By that logic, we should all be upping our daily animal viewing to counter any Covid-19-induced anxiety.

Thankfully, a spate of zoos, aquariums and sanctuaries are running live streams that bring the beauty of nature right to your living room. From Africa to Australia, here are seven channels showcasing all manner of creatures as they go about their business on the land or in the sea.

From melt-your-heart otters to mesmerising moon jellies, the Monterey Bay Aquarium is running ten different live streams all set to soothing music that helps you unwind. The staff of the California aquarium is also running Facebook Live sessions to teach viewers about the different animals and answer any questions, which makes this a great resource for children, as well. To top it off, the aquarium posts guided “MeditOceans” featuring underwater critters every week day at 8am.

When it comes to Houston Zoo’s cams, it’s all about variety. You can wake up with the King of the Jungle by watching the live gorilla stream, eat lunch with a couple of playful rhinos and wind down a herd of slow-moving Asian elephants. If that’s not enough, head to the zoo’s Facebook for more animal antics, like “goat social hour”–which is as amusing as it sounds.

Feeling isolated? You can spend 24/7 with your new furry friends Tian Tian and Mei Xiang, thanks to the Smithsonian’s National Zoo. As you watch the giant pandas chomp on bamboo, play in the trees and frolic in the grass, specially trained volunteers are using the same live stream to collect pertinent behavioral data on the species–just in case you were wondering if there was a higher purpose to all of this. In addition to your monochrome mates, you also can catch live lion, elephant and naked mole-rat streams from the zoo.

PHOTO : THE ELEPHANT SANCTUARY IN TENNESSEE

The Elephant Sanctuary in Tennessee

For 25 years, The Elephant Sanctuary in Tennessee has served as a peaceful haven for elephants rescued from dangerous conditions around the country, giving them free reign of 2,700 lush acres dotted with different types of habitats. This is not a visitor-facing facility—guests can’t stop by to view the pachyderms—but the Sanctuary does offer a live “elecam” that taps into a system of solar-powered cameras the staff uses to locate and monitor the gentle giants. There are currently three elephants in residence—Flora, Sukari and Tange—so keep an eye out for one of the girls.

Get ready, folks: You can now immerse yourself in one of Australia’s most vibrant underwater reefs without leaving your couch. The Nature Conservancy Australia’s live stream showcases Port Phillip Bay’s local marine life and it’s hypnotising, to say the least. If fish and coral aren’t your vibe, check out the above-water stream, which showcases a flock of local birds. Since the cams are solar-powered, they only operate during local daylight hours and may be temporarily turned off when scientists are conducting research. But don’t stress, as pre-recorded highlight clips will be shown when the live stream is unavailable–and trust us, they’re just as therapeutic.

Explore’s site will take you down a rabbit hole of animal cuteness, thanks to live cams featuring everything from birds and puppies to rescue cats. One of the top channels, though, is African Wildlife, which features 12 live streams from reserves and safari lodges around the southern part of the continent. As many of the cams are focused on watering holes, it’s not unusual to spot elephants, rhino, lions and more coming by for a drink. The streams sometimes switch from live to highlight videos showcasing some of the more spectacular sightings.