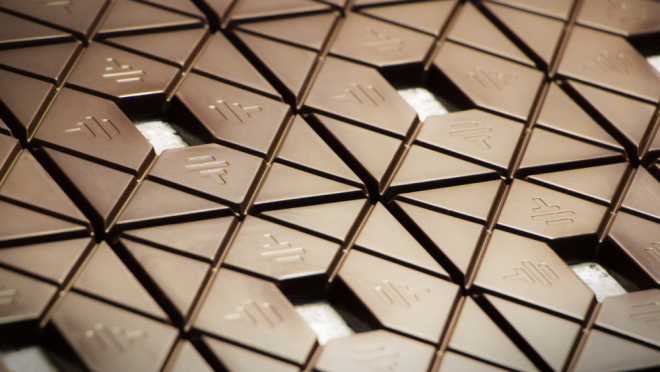 More than a century ago, Ecuador was the world’s largest exporter of cacao, with one native varietal in particular—Nacional— serving as its calling card. European chocolatiers prized Nacional for its floral aroma and complex flavour. It was in such demand that Ecuador nearly built its economy on what was dubbed the “golden bean.” Unfortunately, in 1916 an arboreal disease called witches’ broom swept the country, decimating the cacao trees. Pure, heirloom Nacionals appeared to be almost entirely lost, with only about six known to remain as the new millennium dawned.

In 2013, To’ak’s cofounder Jerry Toth and two friends located the varietal again, stumbling across a whole valley of it. After confirming through genetic testing of some old-growth examples that Nacional was still around, the three started using the tree’s fruit to craft what Toth feels is the world’s finest chocolate—also the world’s most expensive—with a focus on expressing the terroir of the region through distinct “vintages” of single-origin bars. “To’ak is trying to elevate dark chocolate to the same level as the finest wines or whiskeys,” says CEO James Le Compte. Here’s how they do it, from golden bean to premium bar.

Working in Ecuador as a rain-forest conservationist, Jerry Toth fell in love with drinking chocolates. They inspired him to seek out the country’s oldest cacao trees, leading him to a family who was preserving ones planted generations ago. It turned out 9 of the family’s 47 trees were heirloom Nacionals that had survived the witches’ broom. Since then, To’ak has taken seedlings and cuttings to grow new trees to give to cacao farmers throughout Ecuador.

Farmers harvest pods by hand with machetes, and then crack them open to scoop out the white, gooey flesh of the cacao. Within the pulp lie the beans, which have more than 700 flavor compounds, all influenced by the weather and terroir in much the same way a grape can be.

A Place in the Sun

The collected fruit is transferred to bins covered with banana leaves and fermented to reduce bitterness and stabilize its acids. After four to five days, the beans are placed in the sun to dry for about two weeks.

The Roast of the Town

When drying is complete, beans go into storage for 6 to 12 months to further stabilize the cacao. Then the chocolate-making process begins with roasting, which is when the beans start to take on the flavors we recognize in finished chocolate.

Outer shells are removed from the beans so the cacao can be ground down. Because beans are about 50 percent cacao-butter fats, grinding them into small bits releases all of those fats, and heat will cause the cacao to liquefy.

Most of us think of chocolate in bar form, but it was first a drink. That changed with the advent of tempering. Raising and lowering the temperature of the cacao changes the crystal structure of the fat, allowing it to become shiny and solidify.

Coin of the Realm

At this point, To’ak’s single-origin chocolate is made into bars, but some melted cacao is turned into coins. Working with oenologists (a.k.a. wine scientists) at Washington State University, To’ak pioneered the process of barrel-aging chocolate and found that the coins absorbed more flavours over time than the beans would.

The company ages chocolate in barrels that once held Don Julio tequila, Pedro Ximenez sherry and Woodford Reserve bourbon, among others. Currently it offers chocolate aged up to three years, but that could change with To’ak’s latest experiment: chocolate that’s spent six years aging in a 50-year-old Cognac cask. The rare treat should be released later this year.

If the chocolate is barrel-aged, the coins are melted down again and molded into bars, meticulously shaped and cleaned. Those in the origin line are cradled in wooden boxes handcrafted by artisans in Quito, Ecuador, and then individually numbered. Only 100 to 200 bars of each edition are made, selling for up to £375 per single, handsomely packaged bar.