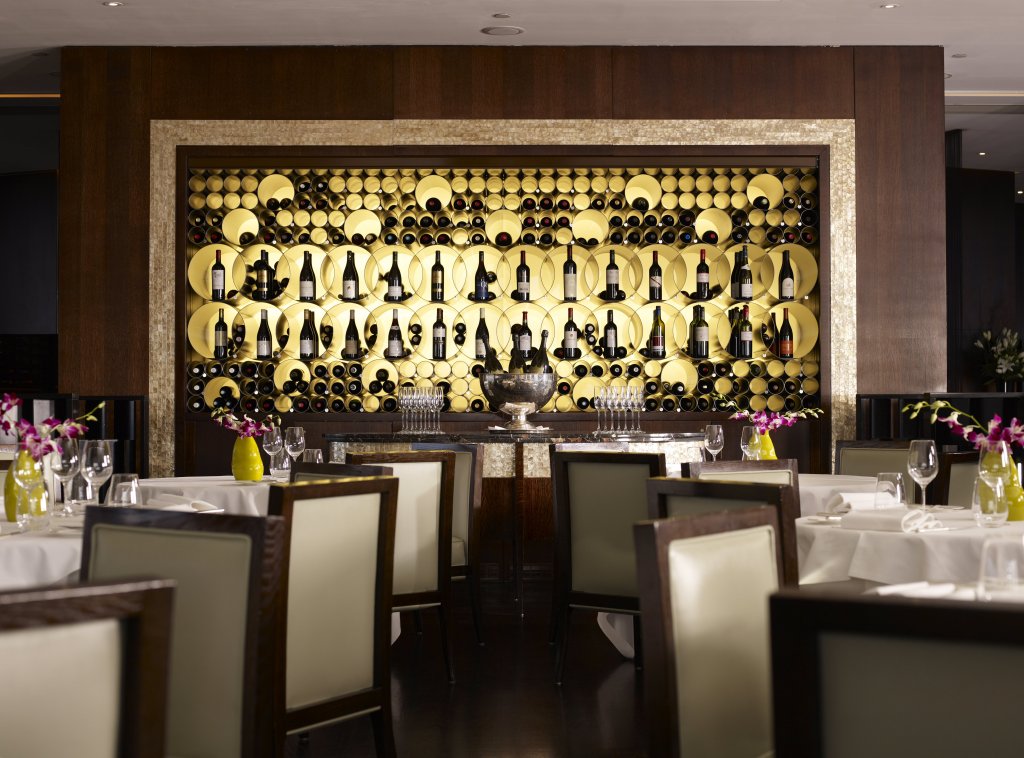 There’s plenty to love about The Hilton Park Lane. There’s the sense of being in the kernel of Mayfair’s sumptuous hospitality scene the second you walk into its elegantly imposing lobby; the wonderfully imposing 1960s architecture (especially at night when the neon-dagger effect comes into play); the muted but bustling efficiency with which the whole operation runs; and, if you’re a popular music buff, there’s even a slice of music history – it was here, in 1967, that the Beatles met Maharishi Mahesh Yogi, which profoundly changed the creative direction of the most successful pop act in history.

Arguably the hotel’s greatest draw, though, entails striding across the foyer, into the lift, then up to the restaurant, Galvin at Windows, which has occupied the 28th floor since 2006. If pre-prandial drinks (the wine-list here is as exhaustive and thoughtfully curated as any other in Mayfair), head straight a bar area, 10º (a name which refers to the hour after sunrise or the hour before sunset), whose sweeping view takes in the Post Office Tower to the north-east, the London Eye to the south-east and Walkie-Talkie and The Shard between the two. The West End, Hyde Park and Buckingham Palace are all visible from some point in the entire space.

Heading back to the restaurant – past a DJ set which, during our visit, is segueing the mood from Friday afternoon into weekend territory by wafting gentle ambient dance music over revellers’ chatter – you’ll find the decor morph from quirkily opulent (think peacock-feather upholstery) to a witty and whimsical mash-up which sees light-ordaining gold drapes and simple leather and wood furniture tables interspersed with paraphernalia such as monkey statues, art-deco lamps, coral sculptures, bronze watering cans and starfish sculptures, scattered on gold-sprayed shelves. 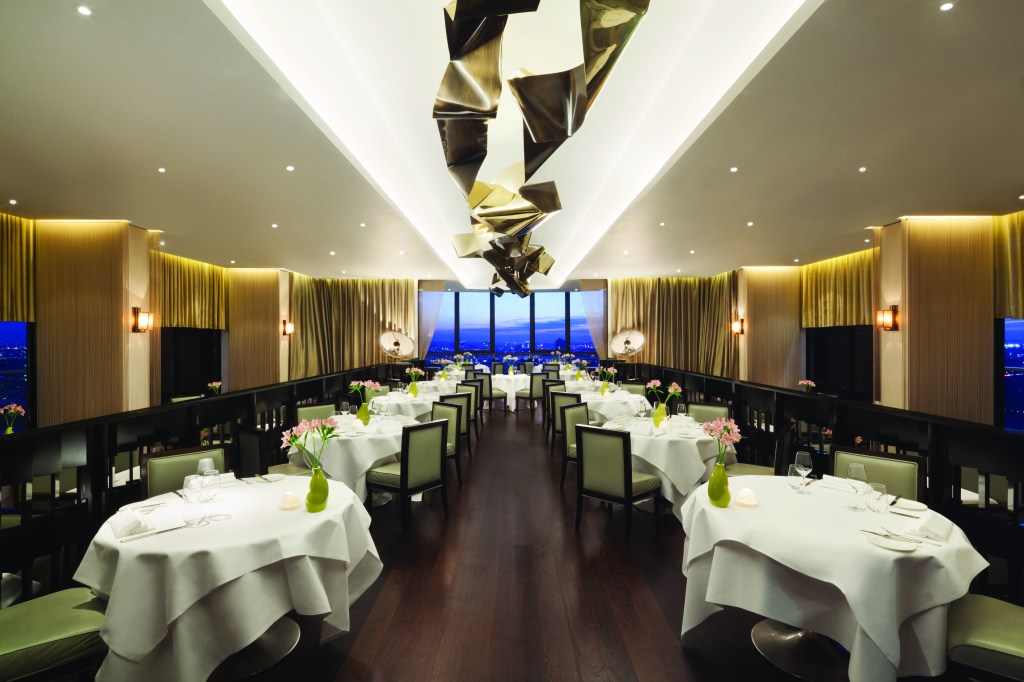 So what’s the story with behind Galvin at Windows’ star-spangled reputation? Joo Won – the restaurant’s Korean Head Chef, whose background includes London’s Wolseley and the Ritz, but who has been on the staff here since the opening in 2006 – describes the culinary experienced here as “unique in flavour yet rooted in traditional cooking.”

He continues, “Expect fusion cooking integrated with Korean influences with the very best of French haute cuisine – a taste only found at Galvin at Windows.” And so uniqueness, at the very least, is expected: and, from the moment the bread and butter arrives – the former a delectable soft-crunchy dichotomy, the latter lavishly salted and lingering on the palate – you know that these guys aren’t letting the view and location do all the grunt work in keeping discerning patrons coming here.

The Kombu Cured Salmon with Nori mayonnaise and pickled ginger that followed was delectably nuanced, as was the mackerel on crunchy sour dough toast; the fried korean chicken thighs main curse completely vindicated eponymous owner Chris Galvin’s decision to endorse Joo Won’s introduction of flavours and methods from his native land to the restaurant, while the sautéed beef, polenta and jus main – succulently, unashamedly rich – showed that “fusion” needn’t mean compromising on what’s endlessly appealing about lavish European cuisine. The signature caramelised apple pie desert was also unabashedly European, and deliciously so – as was the organic wine pairing.

We didn’t get to try the baked hake, Beaufort crust, pork belly and spicy cabbage, or the vegetable dumpling ‘Mandu’, truffle, tofu, shiitake and kombu broth – but feel pretty confident that they’d all give a clear message: there’s nothing faddish about fusion. Expect those annual stars to keep on coming.