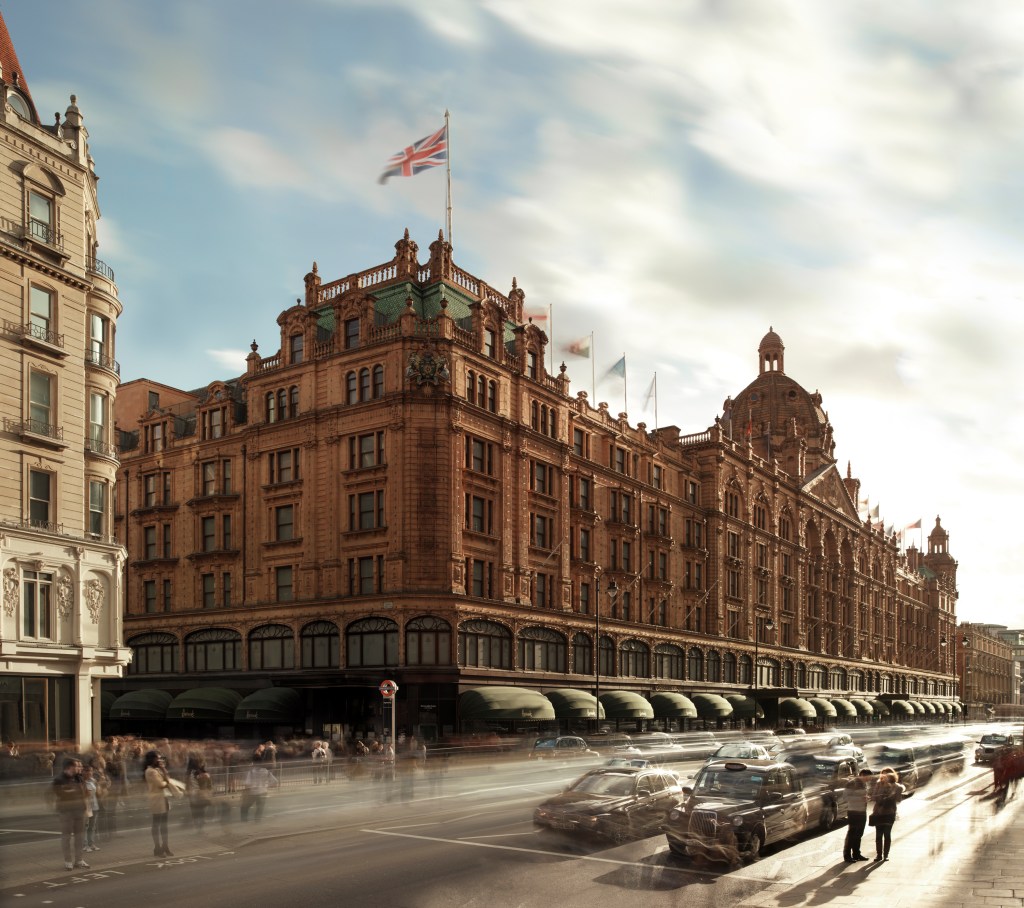 What with endless stream of dazzling display installations, in-store experiences and collaborations with major watch brands – notably Breitling, Vacheron Constantin, Hublot and Panerai – no one can accuse Harrods of sitting back on its status as the most famous department store on the planet.

Now, with the home section of the store undergoing a huge makeover courtesy of Virgile+Partners – the hospitality design specialists behind the new Harvey Nichols premises in Dubai – it has been confirmed that having Breakfast At Tiffany’s is set to be a possibility for Londoners: The Tiffany Blue Box Cafe is set to open its doors, for an as-yet unconfirmed period, in February.

Situated on the store’s lower ground floor, the café’s striking interior – think amazonite stone features,  hand painted Tiffany’s Flora and Fauna motif and Tiffany Blue®  throughout the cafe, creating the illusion of dining inside one of Tiffany’s famed Blue Boxes – will mirror that in the brand’s flagship store on Fifth Avenue, with unique flourishes added to reflect the Harrods location. 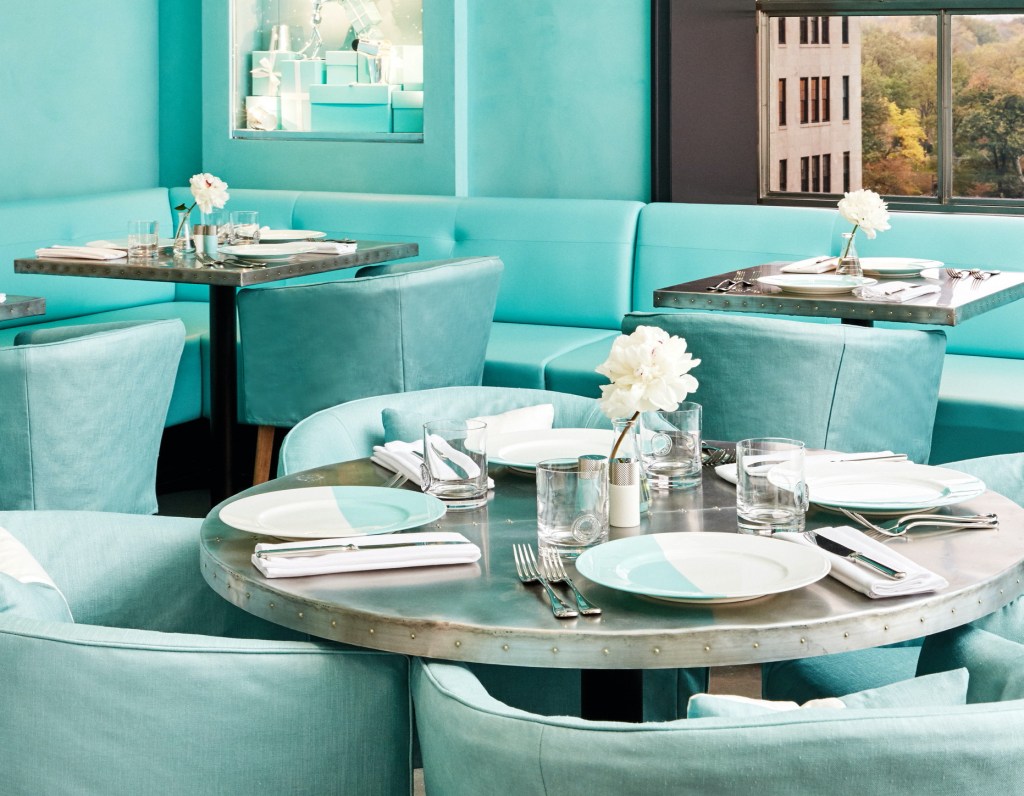 Those who have visited the equivalent in New York City will recognise the colour scheme at The Tiffany Blue Box Cafe, Harrods. Image courtesy of NY Café

The menu will put a quirky spin on contemporary cuisine – including The Central Park Salad, The Big Apple, The Tiffany Bird’s Nest and The Blue Box Celebration Cake – with a set breakfast, afternoon tea and dinner menus available.

“It seems only fitting to introduce The Tiffany Blue Box Cafe at Harrods, one of the world’s most iconic department stores,” says Richard Moore, divisional vice president, Global Store Design and Creative Visual Merchandising, Tiffany & Co. ”We have a long-standing presence in London and by introducing The Tiffany Blue Box Cafe here, we offer our customers in this city yet another way to immerse themselves in the world of Tiffany.”

Meanwhile, one of Britain’s own most illustrious luxury houses is also going to take up residence behind London’s most famous retail façade next month: George Cleverley – the bespoke shoemaker famous for handcrafted excellence, the iconic chiselled toe created by its lasts and a client list that includes royalty, heads of state and those at the summit Hollywood’s A-list – is to now setting up the largest display of English-made shoes Harrods has on offer. 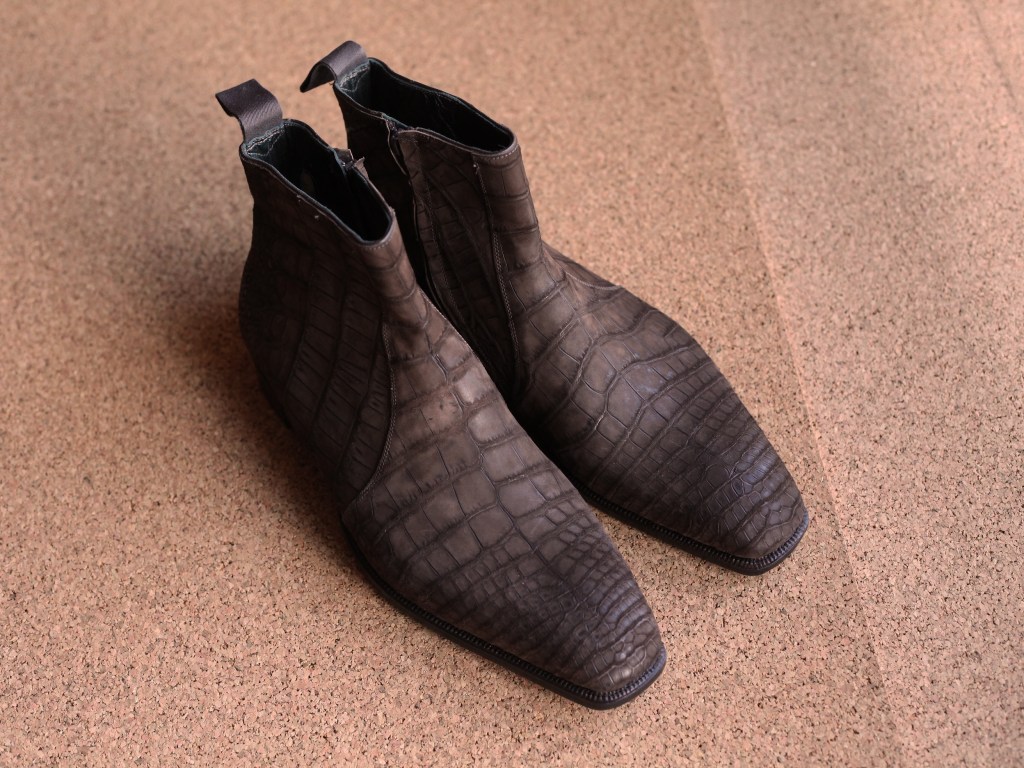 The full range of wares from an artisanal house widely recognised as purveyors of the finest handmade shoes on the planet will be on offer, including the brown nubuck alligator boots above.