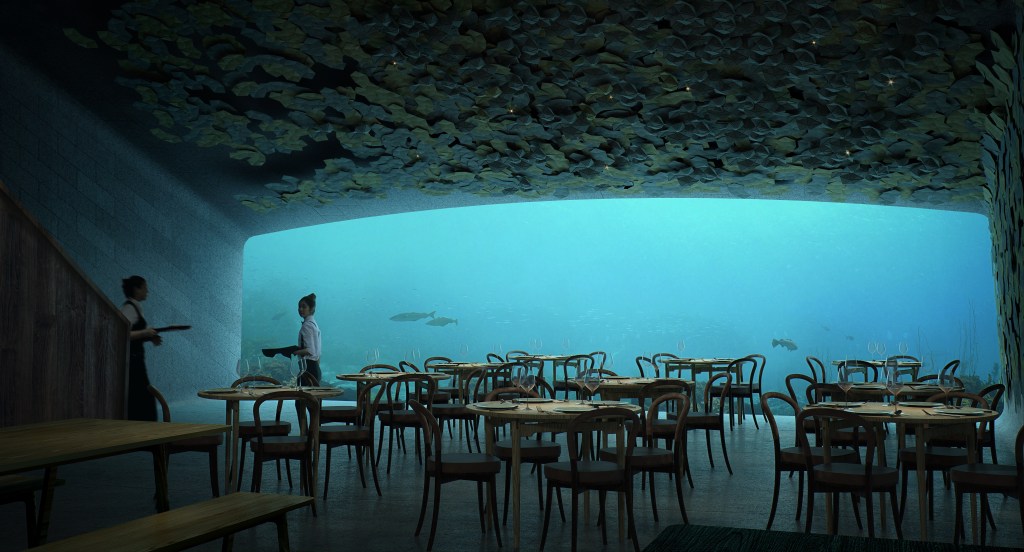 There’s a famous scene in The Spy Who Loved Me where baddie Karl Stromberg sits feasting in his sub-aqua dining room, sharks hustling impatiently at the windows. It’s an ominous, dark, dramatic tableau and one purely confined to celluloid – until now.

Under is a 110-foot long underwater restaurant-cum-aquarium showcasing the wonders of the deep, while also functioning as a research HQ for marine biologists. It describes itself as a “sunken periscope”, offering an immersive experience for gastronomic thrill-seekers, five-and-a-half metres below sea level; a magical space where guests can sip champagne and feast on gourmet seafood dishes, as all manner of creatures and fauna drift past the vast panoramic viewing window or bob along the seabed of the icy North Atlantic.

Other underwater restaurants include the floor-to-ceiling aquarium inside Dubai’s Burj Al Arab Al Mahara, and the Ithaa, which is 16 feet below sea level at the Conrad Maldives Rangali Island hotel. But this is the world’s largest and Europe’s first, and is located in an angry, unpredictable ocean and encapsulated in a brutalist concrete tunnel. 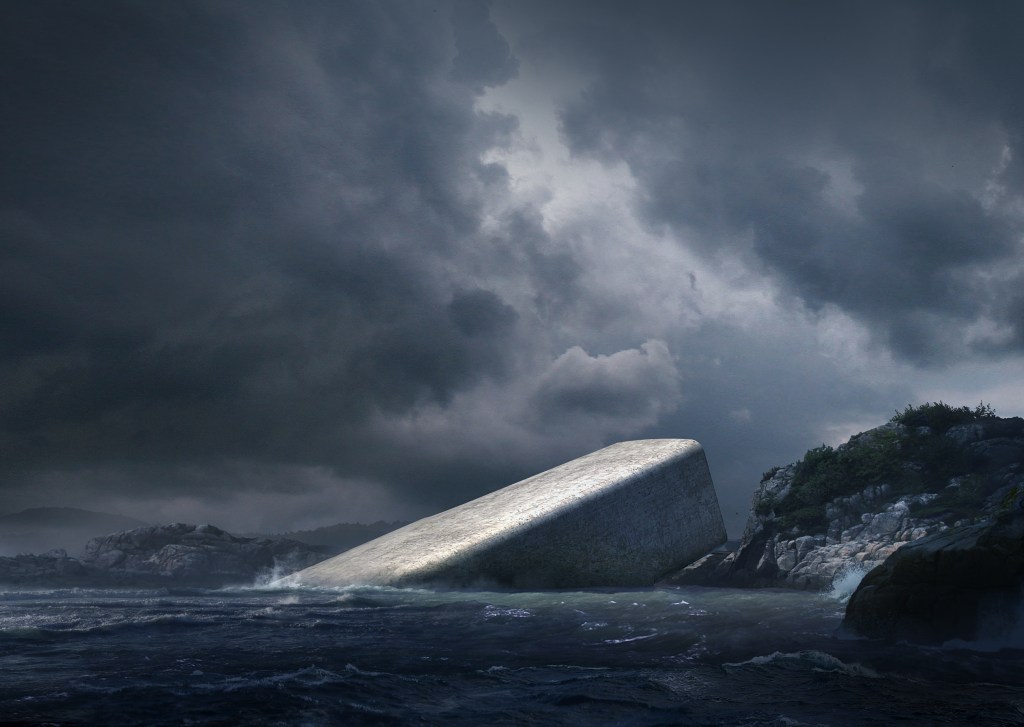 The half-sunken marvel (“A nice mixture of madness and reason,” says Under’s co-owner Gaute Ubostad) is located by the village of Båly, in Spangereid, Lindesnes, on the southernmost tip of Norway’s coastline. “Even the car ride out here is a rare, breathtaking experience,” says Ubostad of the rugged, storm-battered landscape.

Having snapped up the Lindesnes Havhotel in 2014, Gaute and his brother Stig quickly realised the potential for something extra special, right on the hotel’s doorstep. Under, which cost over £4.5 million and resembles an oceanic rock formation, has been designed by the award-winning Norwegian architectural and design firm Snøhetta, whose previous commissions included the Norwegian National Opera & Ballet and the National September 11 Memorial Museum & Pavilion at the World Trade Center site. “One of the benefits of the building is how it links nature and land,” says Snøhetta’s Rune Gras-dal.

This place is a tribute to Lindesnes’ coastal ecosystem – wild, uncultivated and in-your-face. “I think the most exciting experience will be visiting the restaurant during rough weather,” says Grasdal. “It will be fantastic to see the sea surface broken up by the big waves and the rain, making for a very dramatic view – although you will still feel safe and relaxed inside the restaurant.” 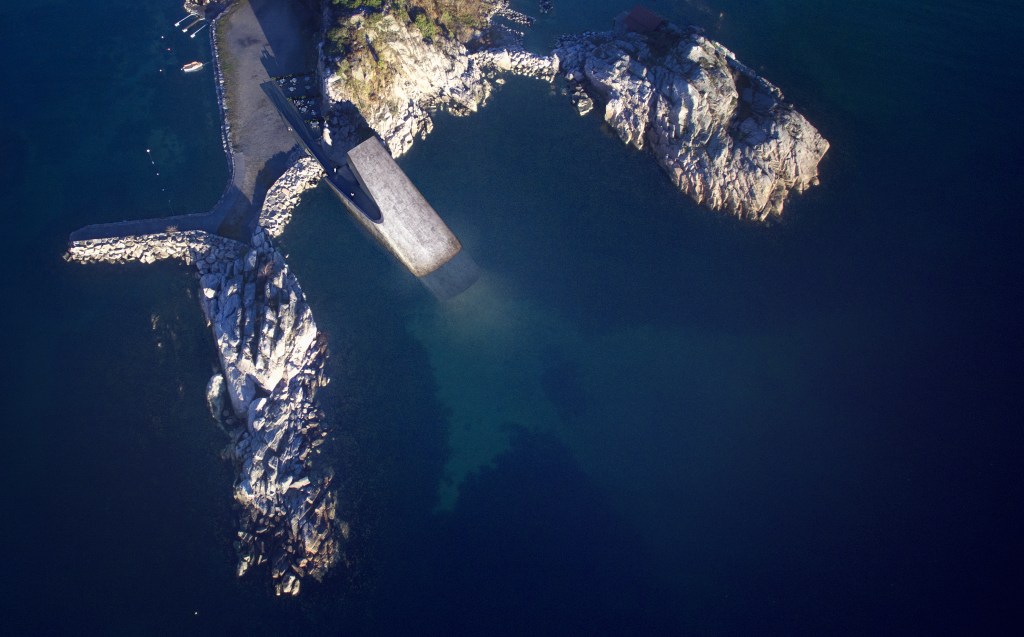 Constructed from sustainable materials and metre-thick, reinforced concrete walls, Under’s 500 m² floor space can accommodate up to 100 diners who descend through three levels to a champagne bar and dining area. The colours ease visitors to the bottom of the sea – the champagne bar is decorated in light coastal hues whereas the dining room at the bottom envelops guests in deep seaweed greens and inky blues. Here, a 13-foot tall window offers views of myriad species from cod to lobsters and seals, further enticed to the zone by strategic lighting, smells and sounds – even the structure’s shell-like walls have been designed to act as a friendly magnet for molluscs.

The restaurant itself takes bookings six months in advance. Danish head chef Nicolai Ellitsgaard Pedersen offers a set menu of some 15 dishes that echo the changing seasons, including wild sheep and seabirds and, naturally, plenty of seafood. “My team and I work in close co-operation with local farmers, fishermen, hunters and harvesters to provide the freshest ingredients,” he says. “In this way, we create flavourful, innovative dishes that reflect our landscape.”

Gaute Ubostad says he hopes this will be the start of a new age for the travel industry, and that Under becomes one of the world’s most important attractions. “It’s a tough goal – but then again, it’s pretty exotic to enjoy top quality food six metres underneath the sea level and learn more about the world in which we live.”