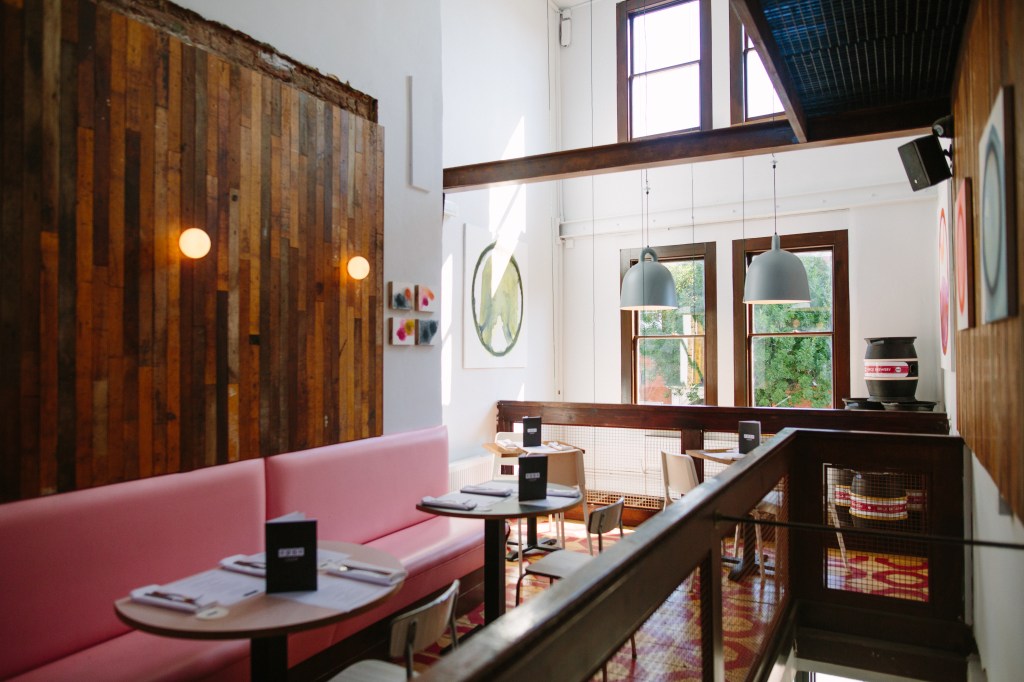 The former home of Upper Street’s Chinese Laundry, which closed down following a major fire in 2017, 1251 is a curious space. Set over two elongated spaces, one atop the other, with vast windows and works by local community artists dotted between the original Victorian features, it feels like the canteen in the kind of trendier-than-thou Silicon Valley start-up which has beanbags and foosball tables in the boardroom. Few clues are on offer as to what kind of food is served to those occupying its forty-eight tables (plus, in the summer an additional eight seats on an outdoor terrace).

As it turns out, the cuisine can be attributed to the background of 1251’s proprietor: Kent-born and raised, Caribbean-Scottish chef James Cochran, the winner of the London & South East category in the BBC’s Great British Menu, who cut his teeth at the Ledbury and the Harwood Arms. Words like ‘fusion’ and ‘experimental’ alone don’t do Cochran’s approach justice – we’re talking ingredients sourcing here too (thanks to his personal relationships with small suppliers, the lamb here hails from Whitstable, the pork from nearby Faversham and the seafood from the south-west coast). 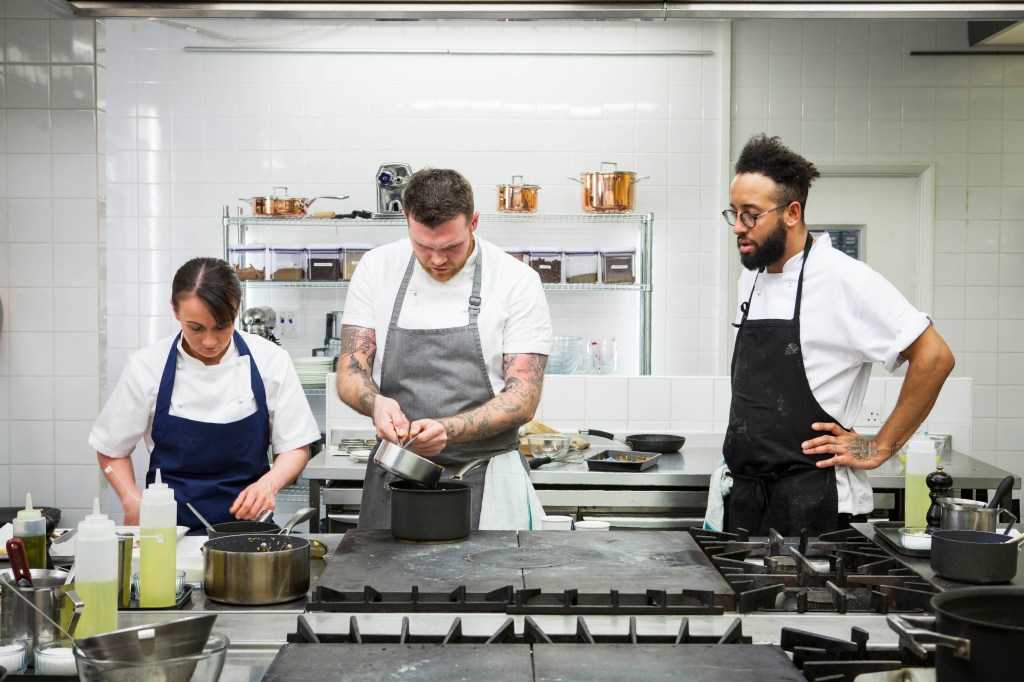 James Cochran oversees the haute-fusion efforts of his team

The meat and potatoes at 1251 – in a strictly figurative sense – is the à la carte menu of shareable snacks (tapioca seaweed crisp with smoked cod’s roe; Whitstable oysters with beer, molasses and pickles; feuille de brick – a Tunisian pastry dish – with chicken liver parfait and beetroot) and small plates (try the salmon tartar with puffed rice, sorrel and turnip kimchil, or any of the poultry dishes with their beguiling array of glazes, foams and quince jams).

Larger groups can get a delectable taste of the restaurant’s Caribbean credentials by ordering Cochran’s signature Goat Sharing Board: a selection of goat cuts served alongside black eyed pea dahl, roti, scotch bonnet jam, and pineapple and much more. It’s recommended with the 1251 Negroni cocktail, a house-made vermouth infused with sweet cicely foraged from Kent, and a tipple which substantiates Cochran’s determination that the kitchen philosophy should extend into the bar.

Arguably 1251’s pièce de résistance, though, is its Sunday roast: a generously portioned stack, served to a minimum of two people, of 50-day-aged cote de boeuf, slow braised short rib of beef, truffle cauliflower cheese, honey glazed parsnips, beef dripping roast potatoes, coal roasted cabbage, Yorkshire pudding and, the real Midas touch, smoked bone marrow. The flavours sing in glorious harmony: this is the kind of meal you’d expect in a beautifully appointed tavern in a prosperous rural English town, but served in the kind of psytrance-soundtracked, Hoxton-esqe surrounds in which you wouldn’t be surprised to be served up raw quails’ eggs with hyacinth vodka in a sawn-off light-bulb. 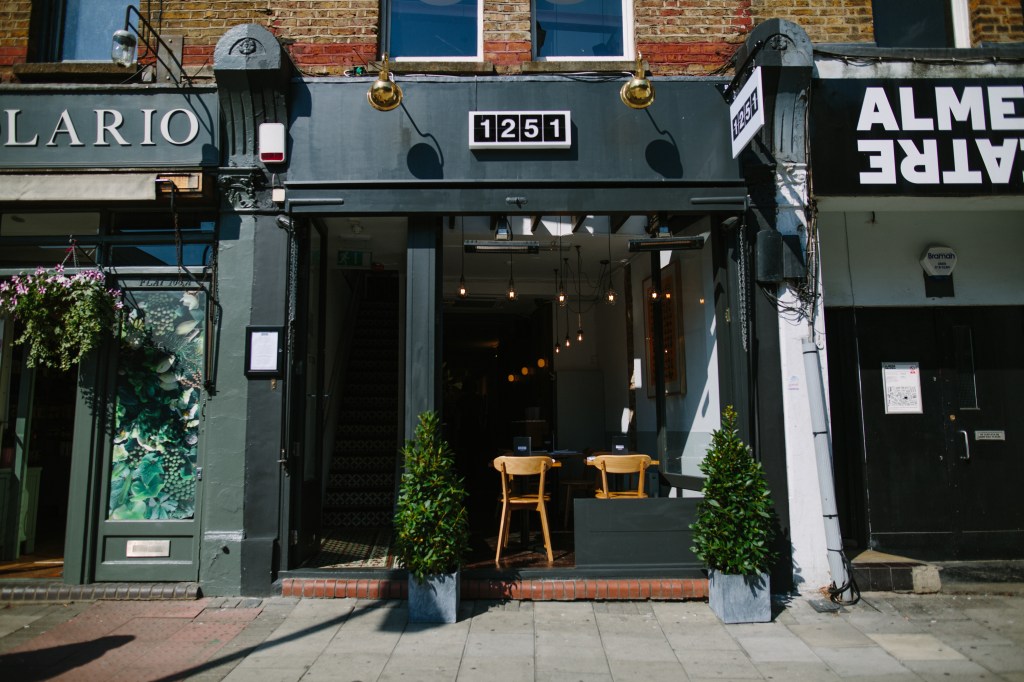 And as for that curious name, depicted on a digital clock style font above the door? Well, the eponymous Liverpool Street restaurant Cochran formerly cooked for, curiously enough, has trademarked his moniker, hence his being forced to literally make a new name for himself. He’s taken it (kind of) from the Strokes song 12: 51. “Nine To One” would have been distinctly less catchy, but probably sums up the odds of this place not becoming a major hit amongst London’s gastro-intelligentsia.