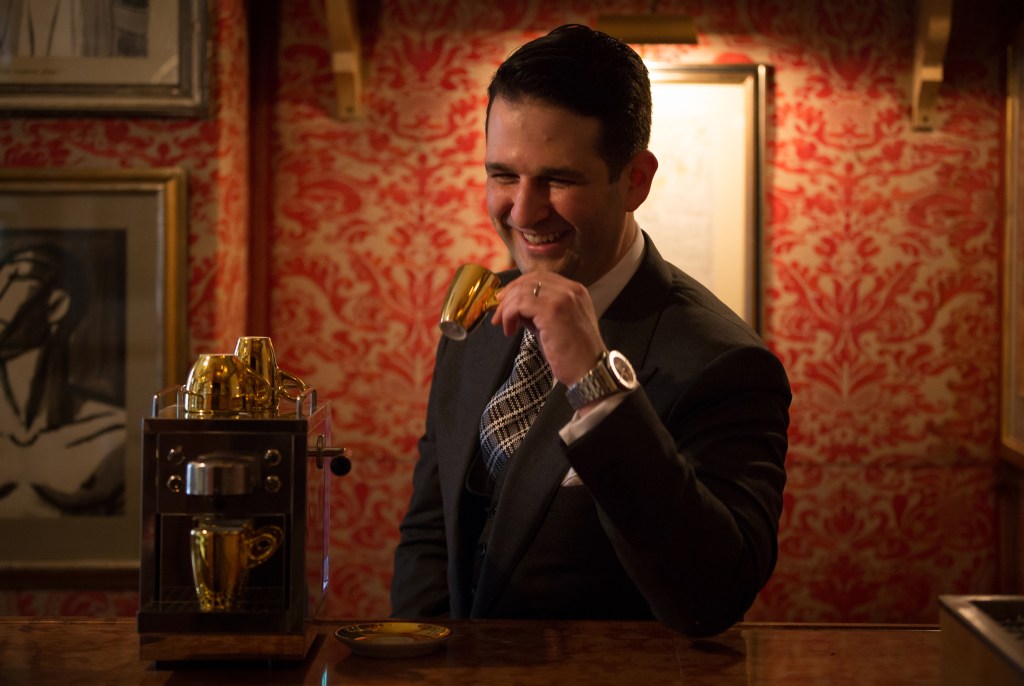 It’s 5pm on the last Friday of August when I reach the new Four Seasons hotel at Trinity Square, to meet with Amir Gehl: a charming gentleman of Russo-German origin who is known to be Theguru of the coffee world – in London and beyond. Gehl wishes, today, to introduce me to the fascinating, rarefied world of the coffee bean.

Tall, dark and with a discreet smile, Mr Gehl invites me to join him for an exclusive Cuban cigar, which is rather appropriate since he was born into a tobacco manufacturing family overseas before moving to the UK as a teenager to be privately educated. While ordering our first cup of coffee from the attendant, his first confession to me is that up to a few years ago, coffee was not really his cup of tea, so to speak, as he did not enjoy the bitterness of it. 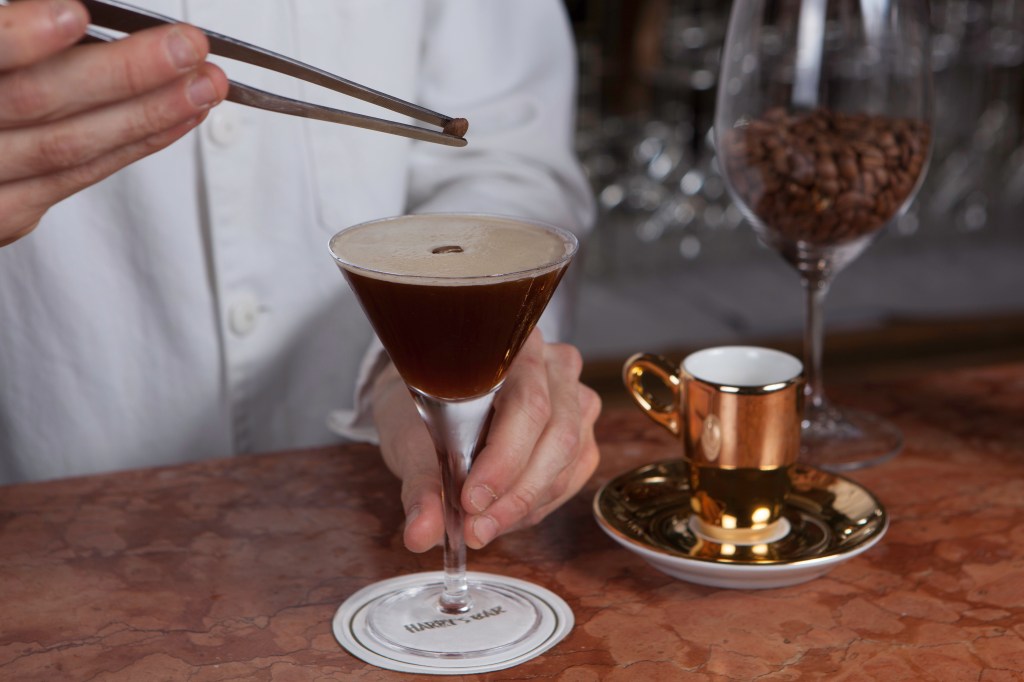 He still feels that nowadays: that a great cup of coffee is difficult to come by, as most coffee drinkers don’t have the space for a professional espresso coffee machine nor the skills of a barista, and have adopted capsules sold in stores and supermarkets for the sake of convenience.

After we have enjoyed our first cup of Panamanian Geisha – which is sheer heaven compared to my daily morning cup at my local – he explains that many coffee drinkers are used to a blend of commercial-graded Arabica mixed with cheaper Robusta beans. The result is something bitter, bland, and by no means as delicious as coffee should be.

In-the-know professionals often compare coffee to wine, as a properly brewed cup reveals an array of complex flavours and aromas – the difference being, unlike a Shiraz or Pinot Noir that gains in texture and taste with time, coffee should be consumed as soon as possible after it has been roasted. As such, Amir has, over those last five years, positioned his company Difference Coffee as the buyer of the highest rated coffee beans worldwide, and after roasting his beans to perfection, he seals them in a Nespresso compatible capsule so that it retains its freshness: quite a bold move, as he is offering the quality of the best brewed coffee with the convenience of having it in a disposable airtight capsule which ensures maximum freshness with no loss of flavour. This guarantees the aromatic, thick foam that only fresh coffee can produce. 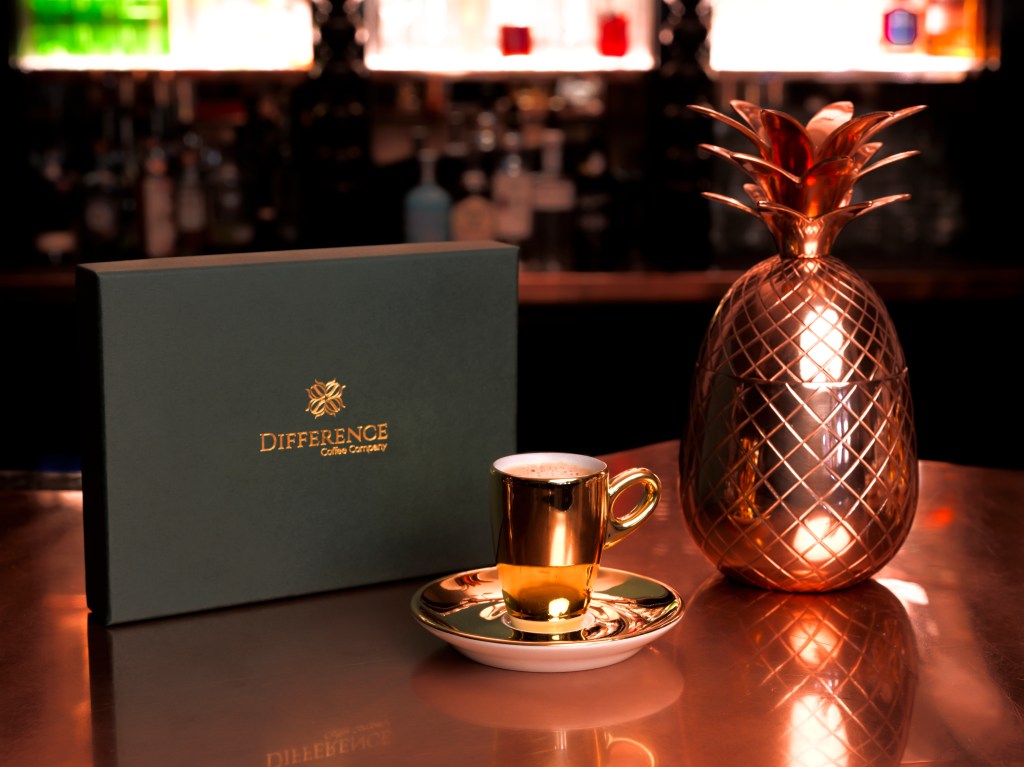 Hawaiian Kona coffee, sourced it from the estate that has won the Kona Coffee Cupping Competition every year  Max Lacome

Following our second cup, I’m still intrigued about Amir’s confidence in Difference Coffee’s guaranteeing ‘la crème de la crème’, with so many producers scattered around the globe. After all, the big brands must have a controlling hand on the market. As it turns out, coffee is graded using a 100-point system created by The Specialty Coffee Association, and only those beans reaching a minimum grade of 80 in the scoring – a mere one per cent of global production – are graded ‘Specialty’. Difference Coffee only sources its beans from the highest rated in this category, buying directly from those producers worldwide who have achieved top scores in the most prestigious competitions such as The Cup of Excellence, Best of Panama and the Kona Cup.

Competitions of this calibre see a minimum of 300 entries every year, which are submitted to six rounds of evaluation by both national and international juries: in all, 9,020 cups of coffee are analysed rigorously before the ten top winners are announced. This means that every winner is ‘cupped’ 280 times, and rated by the industry’s leading experts.

There’s more to perfect coffee than raw materials though. As we shift to a fine bottle of wine – it’s Friday after all – Amir stresses the importance of the ideal roast being applied to any specific coffee bean, which depends on the good judgement of the roaster. Too often, dark roasting is used by big companies to cover up imperfections or inconsistencies, while beans that are too lightly roasted make an overly fruity beverage with a sour taste. An A-lister roaster is thus critical, and Difference Coffee has one of those rare birds in the form of Jonny England. Originally from the Midlands, England is a head judge for both the World Barista Championship and the World Brewers Cup. The company’s golden cup, alongside a packet of their wild kopi Luwak blend  Max Lacome

As well as a list of private clients – which includes royals, celebrities and prominent business tycoons – Difference Coffee is now becoming the brew of choice for many private clubs and world-leading hotels and restaurants including the three-Michelin star L’Arpege in Paris, The Palace in Gstaad and the Renku Lounge at MarIna Bay Sands in Singapore. Even the legendary Anne-Sophie Pic, the female chef with the most Michelin stars accreditation on the planet, swears by it.

In an effort to distinguish further its capsules from all others on the market, Difference Coffee has recently submitted its Panamian Geisha for an independent evaluation by the leading coffee guide Coffee Review, and the result was 94 out of a 100 (the next highest score for any Nespresso is 89 – and that same coffee, submitted to Coffee Review but as whole beans, also scored 94, which proves the point that storing the coffee in a capsule retains, rather than adversely affects, the quality.

I left Trinity Square with a box full of intriguing coffee capsules offered by this remarkable company, and can confirm that the “No Difference Coffee, No Thanks” will apply from here.