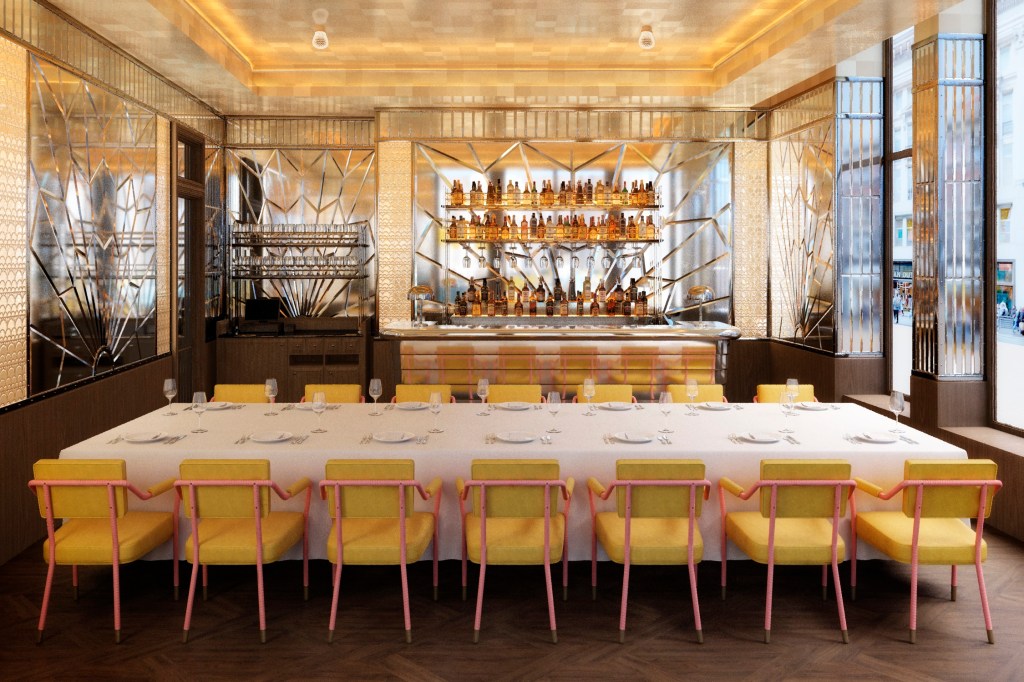 It’s not all dark clouds on the British retail horizon, with Selfridges – now, in its 111thyear of commercial activity, the second largest shop in the UK after Harrods – announcing its twelfth consecutive year of record sales earlier this month. The news comes as the store announces the final chapter of its £300 million overhaul: Brasserie of Light, a new restaurant and bar collaboration between Selfridges and Caprice Holdings, due to open in late November and set to delight aesthetes as much as foodies thanks to an Art-Deco makeover, overseen by Martin Brudnizki, featuring London’s largest-scale artwork by Damien Hirst – a large crystal Pegasus. 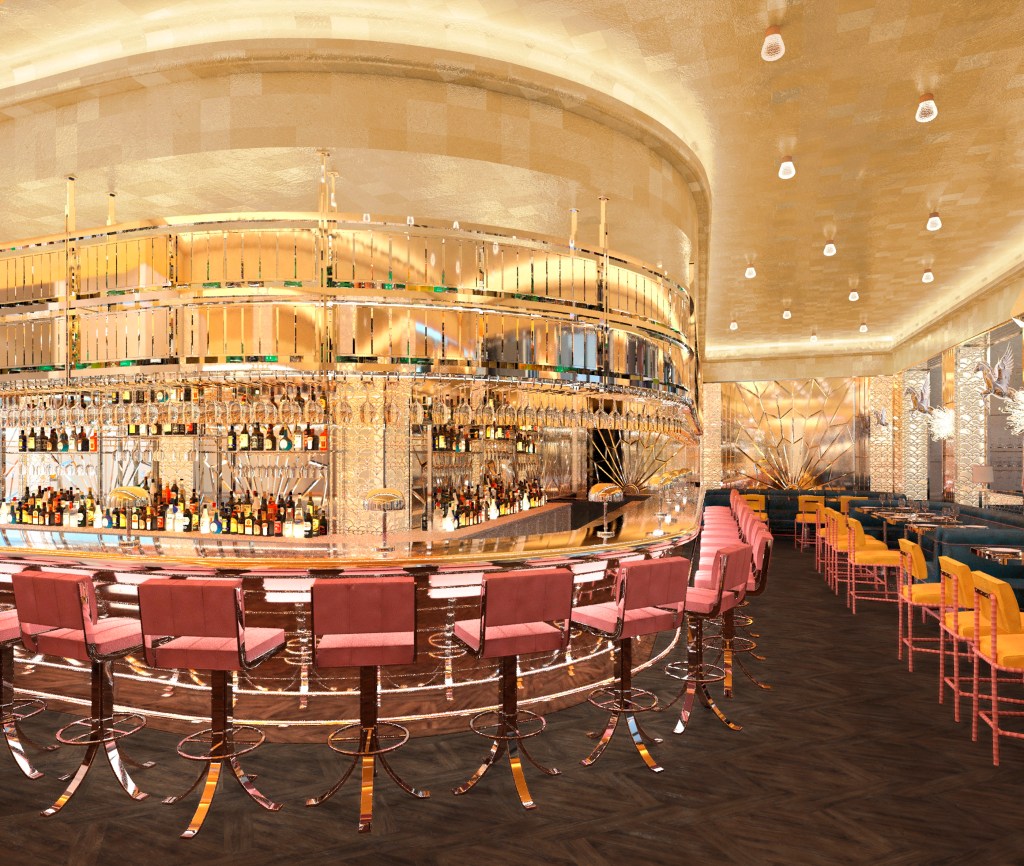 An east-facing and thus light-filled double-height space above Duke Street, Brasserie of Light, which sits adjacent to the recently refurbished menswear department on floor one, features a menudreamed up Portuguese chef Emanuel Machado (of Balthazar, Convent Garden fame). Both British and internationally-inspired dishes will be served throughout the day, with the A La Carte section featuring starters such as scallops with red peppers, roasted fennel and capers, mains including spaghetti with lobster and a dessert aptly named ‘Pegasus Pie’, which is served with ‘a yuzu coconut cloud’.

The Champagne afternoon tea is another major draw, while the highlight of the cocktail menu is ‘The Queen of Time’ – an English interpretation of a classic Kir Royale, named after the sculpture sat above Selfridges’ main entrance, which contains Ridgeview Bloomsbury Brut NV English sparkling wine, white heron cassis and Plymouth sloe gin. 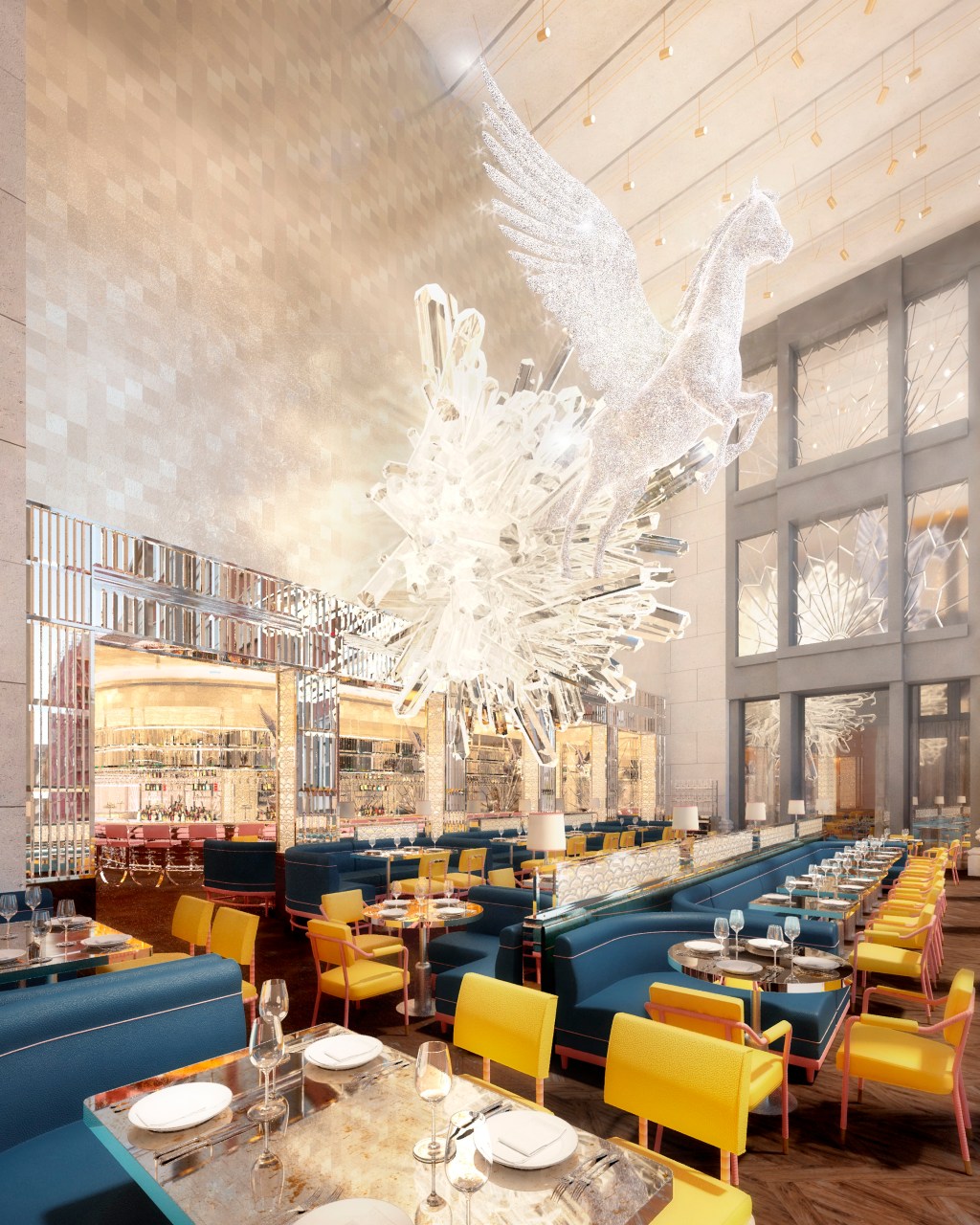 The 24ft, crystal-encrusted Damien Hurst Pegasus statue, meanwhile, has a 30 ft wingspan:“ I hope it’s going to look like something beautiful from another world,” comments the artist.