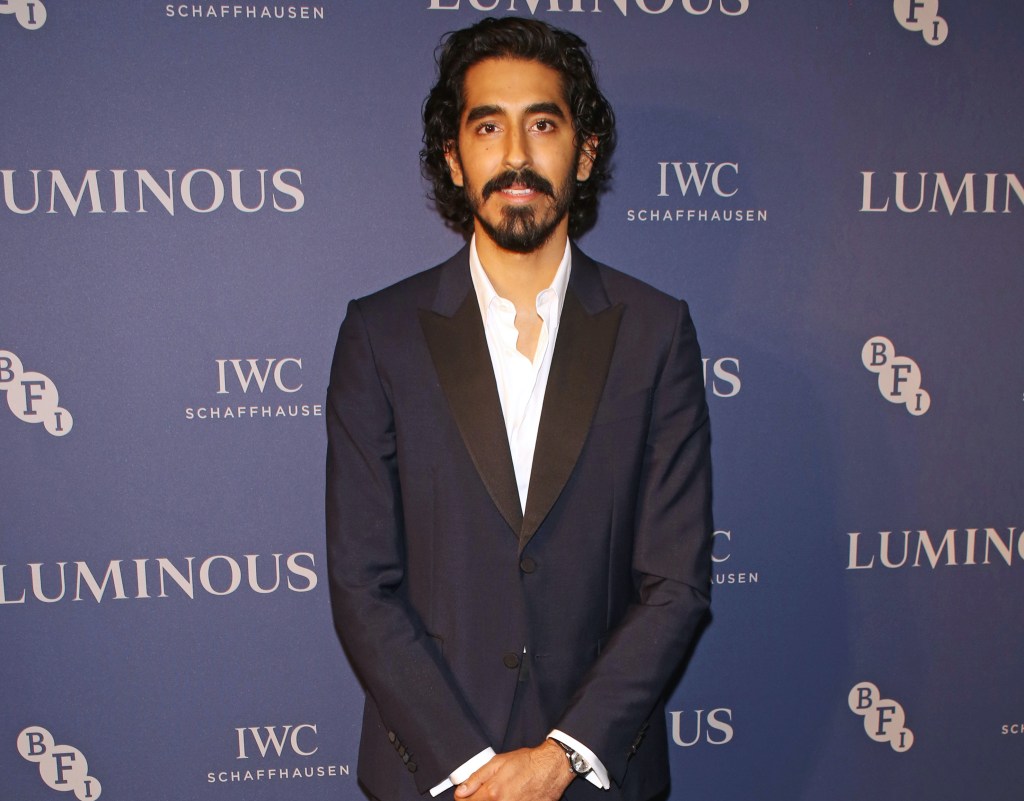 You must be overwhelmed by the reception to The Personal History of David Copperfield
Armando Iannucci is one of the country’s finest exports. He really is a genius and has helped launch the careers of some of our best comedy actors – and he is a Dickens aficionado. When I think of Dickens as I saw him at school, it’s all grey and grim and dry – you’d end up kind of gazing outside the window hoping to escape this world of poverty – but actually David Copperfield is a literary masterpiece full of larger-than-life characters. Armando has found the buoyancy and humour within it, and it’s made it so much more accessible.

Tell us about your directorial debut, Monkey Man?
It’s kind of been a long journey with Monkey Man. I came up with the idea, hired Paul to write it then it kind of needed more attention from me so we ended up co-writing it and brought john on board to help with some structure and things like that.

Where did the idea come from?
From the space between these two big ears [laughs]. I don’t want to give too much away because we haven’t shot it yet, but essentially, it’s taking a story, a piece of mythology, that I grew up with. My granddad used to tell it to me every night, and we’ve kind of distilled it into a very modern, grounded tale. It’s essentially a revenge film about faith. We’ve got some great people attached – including Basil Iwanyk of Thunder Road, who did all the John Wick movies and Sicario; we’ve been working with the stunt teams… It’s been a really interesting process so far.

How did your involvement with IWC Schaffhausen come about?
Four or five years ago I went to a dinner in Los Angeles with a whole bunch of different creatives – there were some great representatives from the modelling world, acting, musicians. The CEO at the time, George Kern, and I had a really great conversation about watches. He was very, very knowledgeable about filmmaking and it ended up being just a great experience. A friendship with the brand, and all the people there, bloomed after that organically.

When it comes to The IWC Schaffhausen Filmmaker Bursary Award, what kind of traits and strengths do you look for in the nominees?
IWC has shown an incredible eye with this. They always pick people with amazing potential – hungry, hungry creatives. The whole idea behind this is award is, someone who shows incredible promise and potential gets an opportunity to go and create more art – which is very difficult to do. Around the world, not just In the UK, there’s less and less funding available for young filmmakers to get their foot on the ladder. Obviously people invest once you’ve got movie stars attached, but to have that initial support is amazing.

How can recipients use such a bursary?
It depends who and what you are. If you’re not a writer, you hire a writer. If it’s animation, or you’re doing a maybe a horror movie, you might want to shoot a little previz or a reel. Look at John Wick – they shot an entire stunt performance with Keanu Reeves with that, and that’s what got them a majority of the financing for that movie. So you can imagine how far a bursary goes when it comes to a young filmmaker being able to show the proof of concept of what they’re making. There’s a million ways to use it.

Could the UK film industry do with more help of this kind?
Well, we do have great institutions like the British Film Institute who have supported a lot of the work that I’ve done, along with that of many young filmmakers in the UK, but there’s still not enough. There are so many ideas out there, so many young filmmakers and people out there with different ideas.

Is it particularly gratifying to see the project boost the domestic UK film industry? It feels like a very sort of worthy recipient…
There have been so many iconic British films in our time. I started off in a TV show called Skins, and some of the co-stars on that and how far they’ve gone! Daniel Kaluuya, Kaya Scodelario, Nick Hoult, Joe Dempsie… You go to a cinema in Los Angeles now and at least 50 per cent of the time, there’s going to be someone from the UK up on that screen that you’re watching. It’s a real testament to the fact that this island may be small but it’s dense with passionate filmmakers and artists.

Is it true your mother dragged you along to the audition for Skins, having seen an ad in Metro?
Yeah. I was 16 and my mother saw an advert for an open casting in a newspaper on a train and tore it out, and that’s how I got my first gig.

Does film-making or acting talent in ethnic minority groups face different challenges to others?
Different ones – but everyone faces challenges, whether Caucasian, British Asian or whatever. It’s the same as saying you want to be a football player – you’re trying to crack a difficult industry. It’s tough. I live in Los Angeles, and you just walk down the street and go into any Starbucks and there’ll be a dozen people with their laptops out of trying to write or make something. It’s very humbling to know that we are, in a sense, living a dream. What ethnic minority actors do face is [issues with] access to interesting, deeper roles those in which you get to show of a variety of emotions – more human characters.

Now, not just actors but writers, producers, directors are becoming more diverse, and that in turn allows stories to be more diverse which allows us to step into better roles, thus representing ourselves better. So it’s kind of a cycle. I feel that, for me in a lot of the early part of my career, it was slim pickings: every actor with the same pigment in their skin as me was turning up for one role. It’s tough for anyone to sustain a career or livelihood from that. Now that we have these great streaming giants – Netflix, Amazon, whatever – there’s no real excuse but to create more material and the box office is showing that there’s a there’s a demand – look at Slumdog or Crazy Rich Asians – and it can be popular. These stories are universal. It doesn’t matter what colour your skin is – people respond to the story.

What’s next?
Everything and anything. I’m hungry! It’s like being at an all-you-can-eat buffet. You never know what’s going to come into your orbit.

And what’s your favourite IWC piece?
I find the Pilot’s Automatics to be minimal, clean and elegantly low-profile. I’ve got them in pretty much every colour available. I do have more extravagant models for certain occasions, or when I want to make a point though…