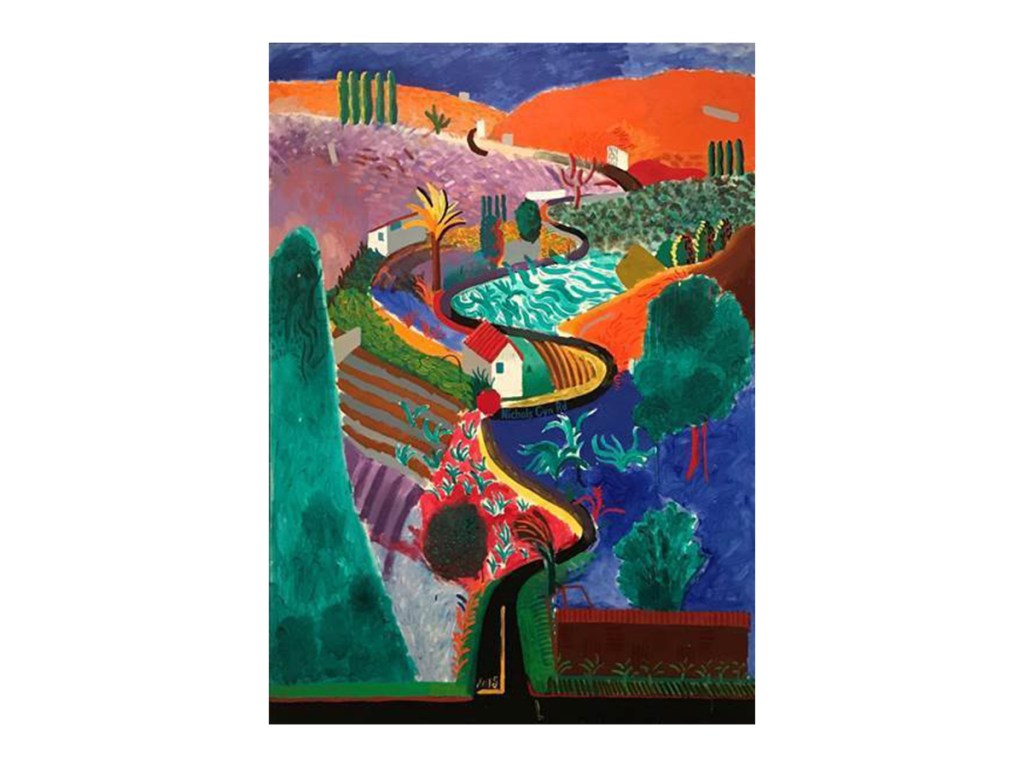 The painting, which is thought to be Hockney’s first mature landscape, is one of the artist’s most important as one of only two works Hockney executed following his return to painting after a hiatus saw him explore photography in the 1970s.

Featuring a modern depiction of Los Angeles, something Hockney championed throughout his portfolio it marked the beginning of his renowned, decades-long panoramas of the city.

Hockney is said to have adored the painting and was intent on not selling it before striking a deal with a Parisian gallery in order to purchase a Picasso work.

The collector who acquired the work has owned it since 1982, and saw it fit to pare down his collection, offering it to the market.

Pre-auction estimates predict the painting will fetch as much as £26 million.