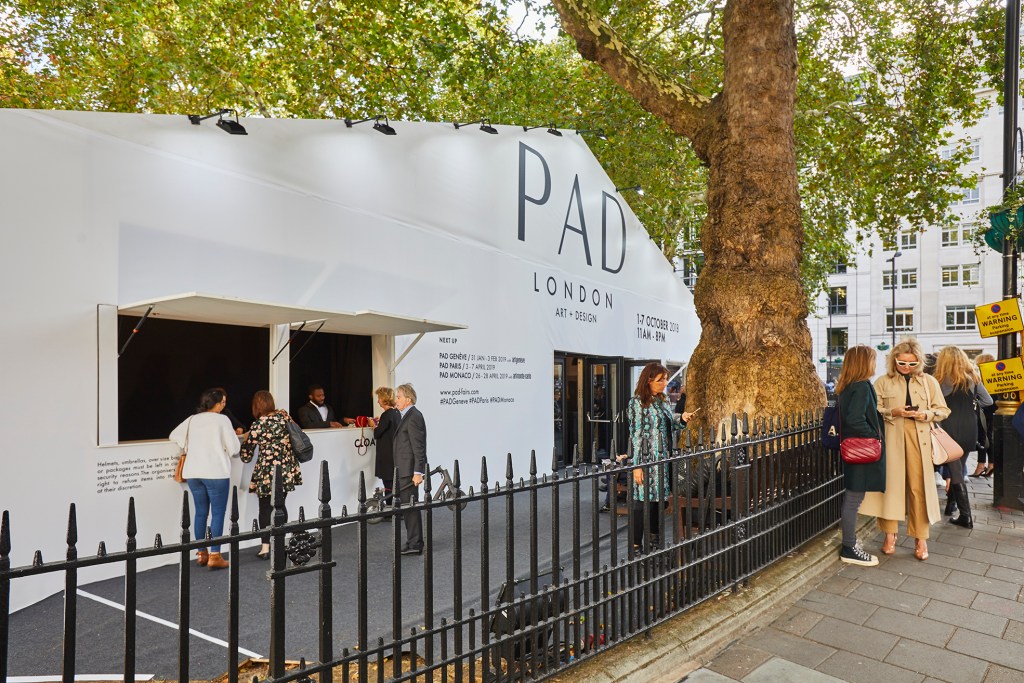 Bomb Love, by Amarist Studio (Priveekollektie)
The duo behind creative studio Amarist Studio –functional art creators Clara Campo and Aran Lozano – acquired an actual mortar shell from last century, and replicated its finer details, for this, one of a series of sculptural lamps in alabaster stone. 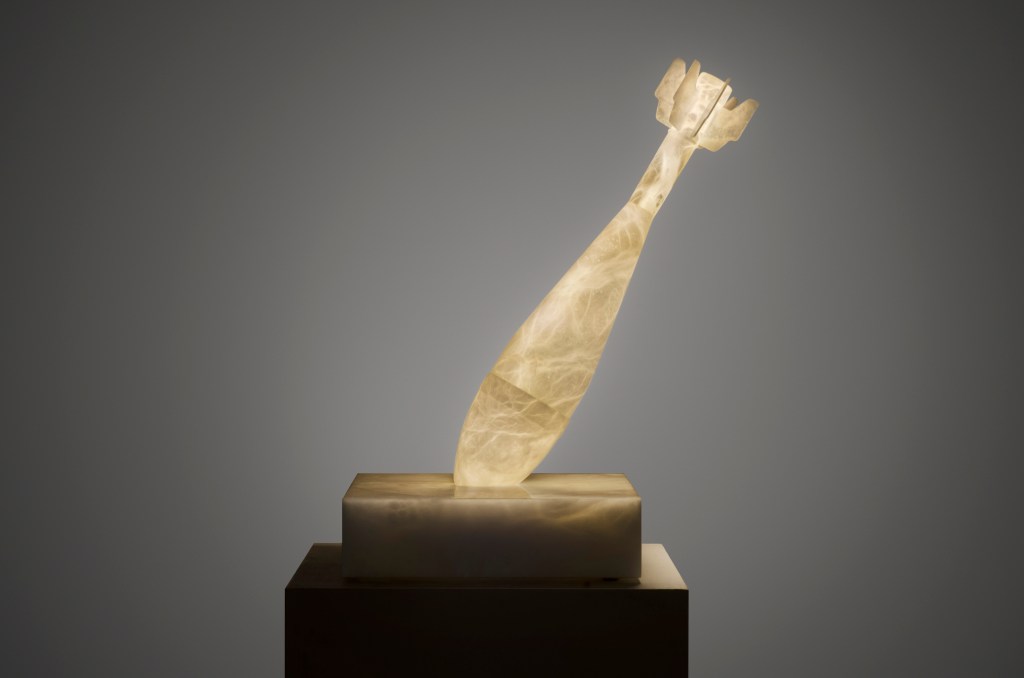 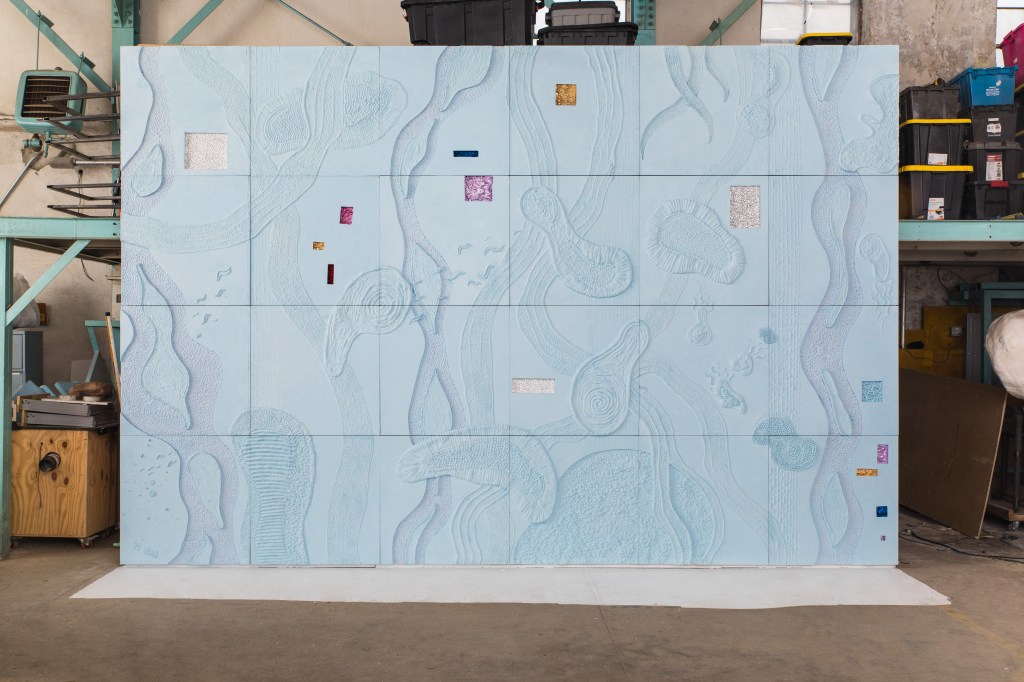 Scagliola Coffee Table, by Odd Matter (Nilufar Gallery)
‘Scagliola’, if you’ve not encountered the term, is a 17th-century spray-painting technique, borrowed from the custom car industry, for producing faux marble. Amsterdam-based duo Odd Matter have literally made the process an art form, as evidenced by the piece below. 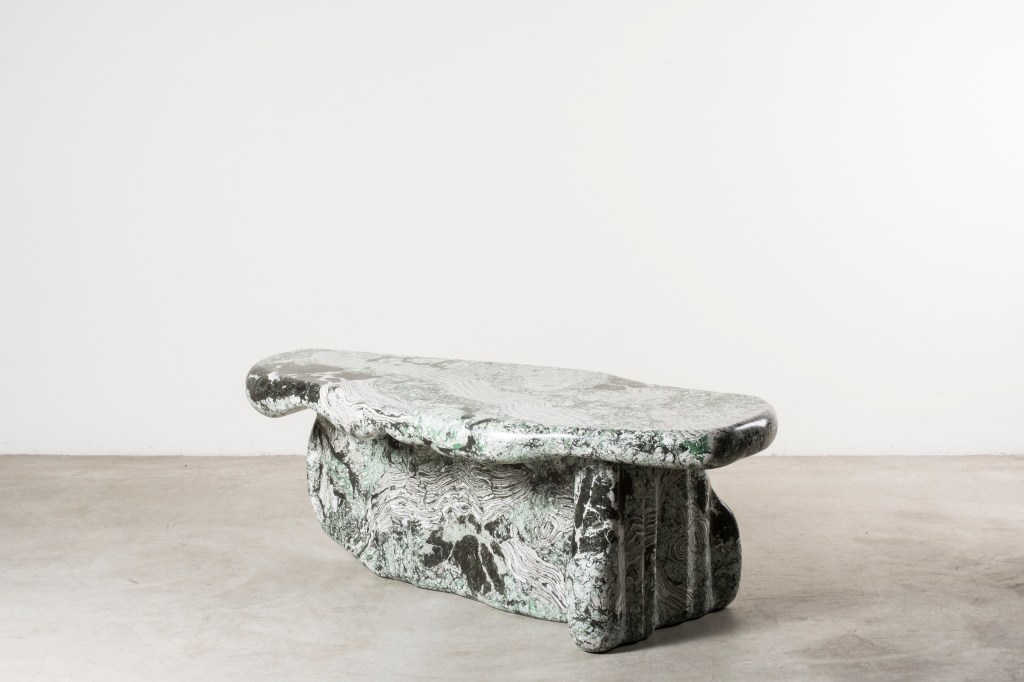 ‘Nwa-Mulamula’ Sofa, by Rich Mnisi (Southern Guild Gallery)
Pop-culture obsessed South African designer Mnisi named his first leather and steel furniture pieces after his great-grandmother. “For me, the chaise, which takes the shape of Nwa-Mulamula’s (The [Guardian] body in the form of a Navy leather couch, presents her presence and long-lasting teachings,” he explains of the piece below. 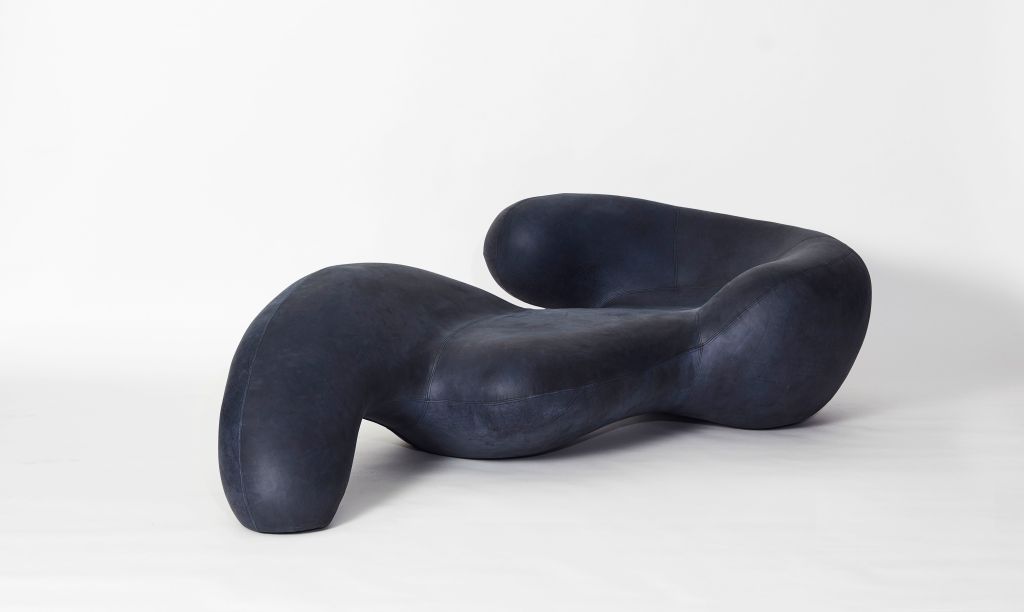 Big Round Chandelier, by Nacho Carbonell (Carpenters Workshop Gallery)
Similar to the hanging chandeliers that have recently got art-buffs’ tongues wagging as part of the gallery’s blockbuster exhibition Dysfunctional in Venice, this piece promises to be PAD London 2019’s major scene-stealer. 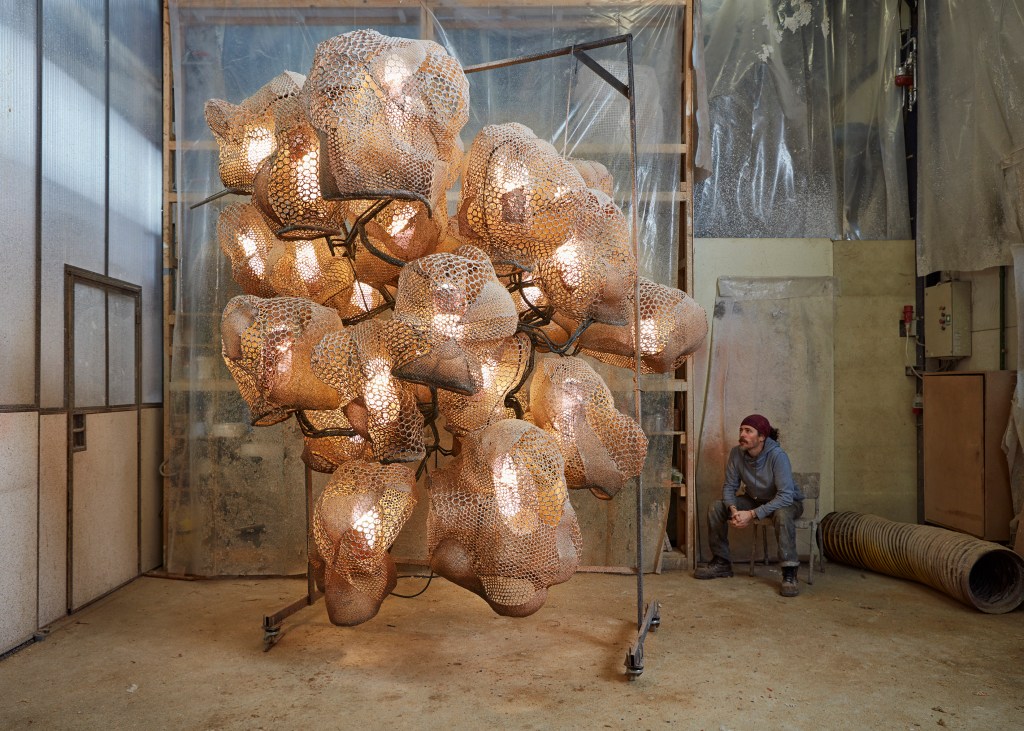 Too Thinky: Philosophy And Art Collide In The Conner Brothers’ Pulp Fiction, Now At Box Galleries