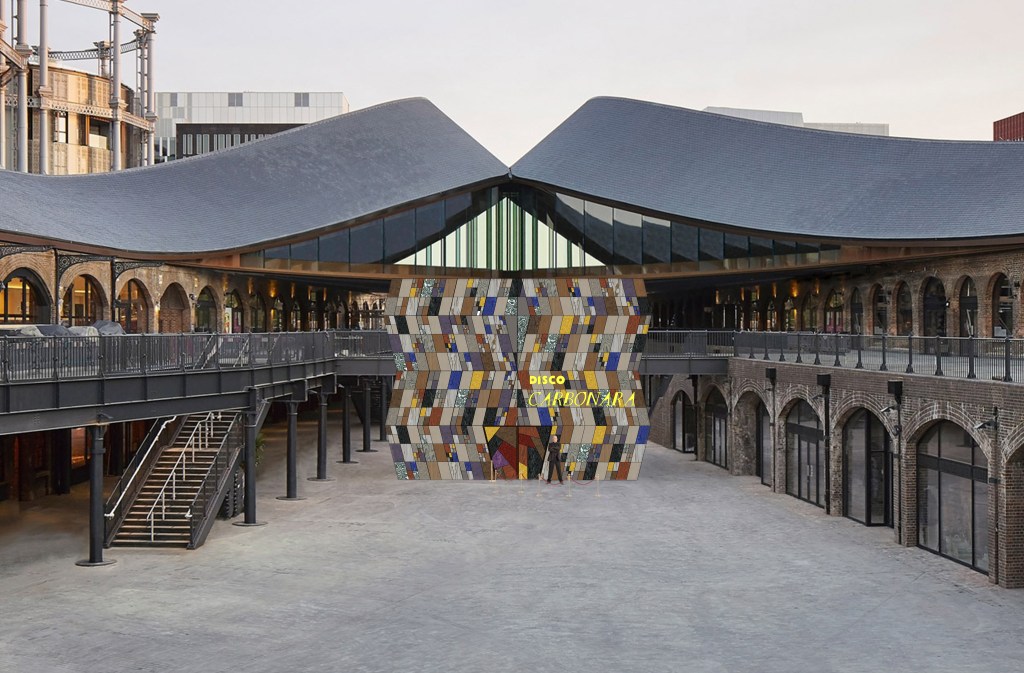 London Design Festival – which runs from the 14-22 September – will explore themes as diverse as biodesign and artificial intelligence, while gracing the capital with spectacles such as Adam Nathaniel Furman’s vertical-stepped tower in the middle of Paddington, the 11 sculptural benches French-born London-based designer Camille Walala has erected on South Molton Street and the work of around 400 exhibitors including David Rockwell and Marcel Wander at 100% Design, West Kensington.

If you’re pushed for time, though, and want to take a one-stop-shop approach to the festival, we advise making a beeline for Coal Drops Yard in King’s Cross. The focal point will be a one-off, site-specific installation by London-based Italian designer Martino Gamper. Made entirely from materials that are either waste products, recycled or set to be repurposed at a later date, the piece will take the form of a false facade with traditional cladding from the Italian Alps (see main pic). ‘Disco Carbonara’ being made a Martini Gamper’s studio in East London.  Mark Cocksedge

Throughout the festival, meanwhile, jewellery-makers Maya Magal will be taking to the workbenches of their Coal Drops Yard premises for live demonstrations, interactive workshops and an opportunity to go behind-the-scenes to explore traditional jewellery making techniques. You can also book 1:2:1 bespoke design consultations (020 7354 2945/info@mayamagal.co.uk). 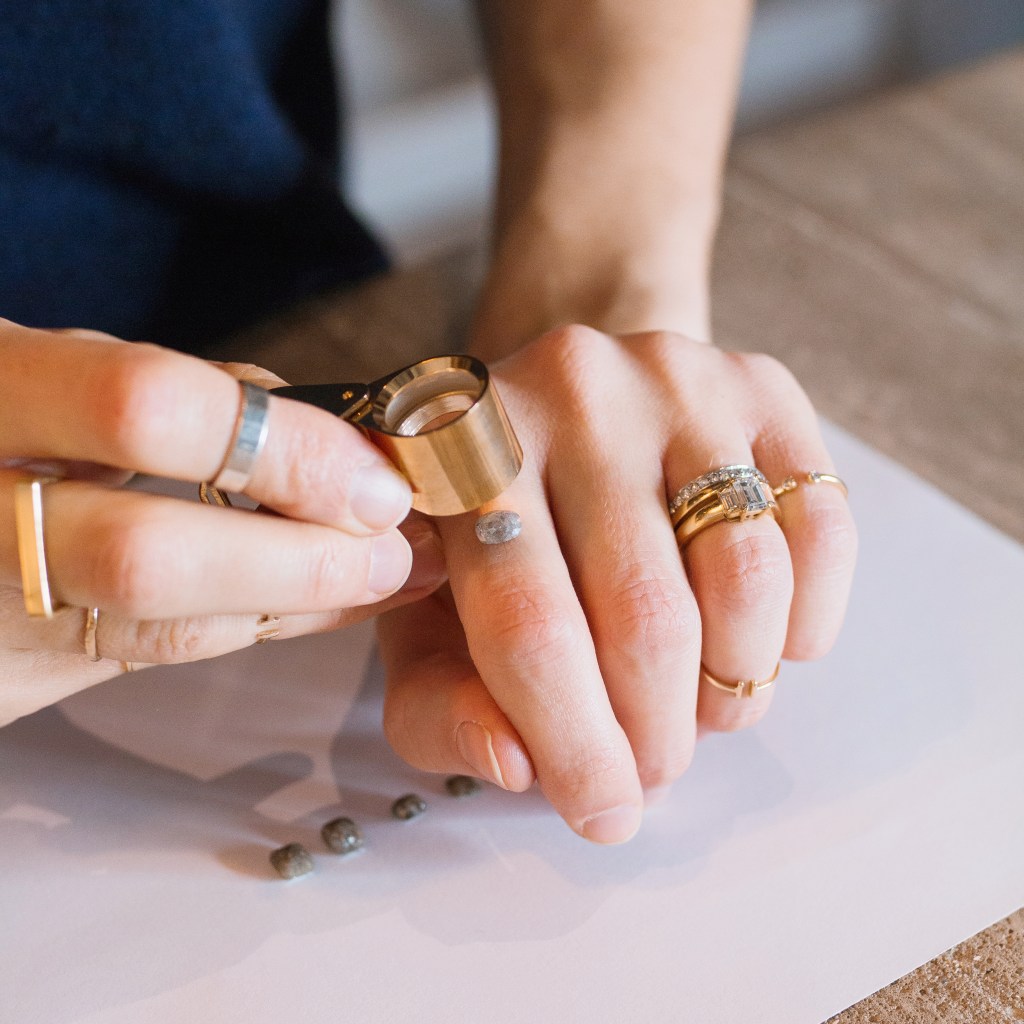 Interactive workshops and events, throughout the festival, are also order of the day over at the Wolf & Badger London flagship. A hand-picked selection of the 240-plus homeware brands currently stocked at the hyper-trendy online marketplace, which has physical spaces in New York as well as London, will offer workshops from candle-making to pottery via illustration. Expect talks from top industry experts too. 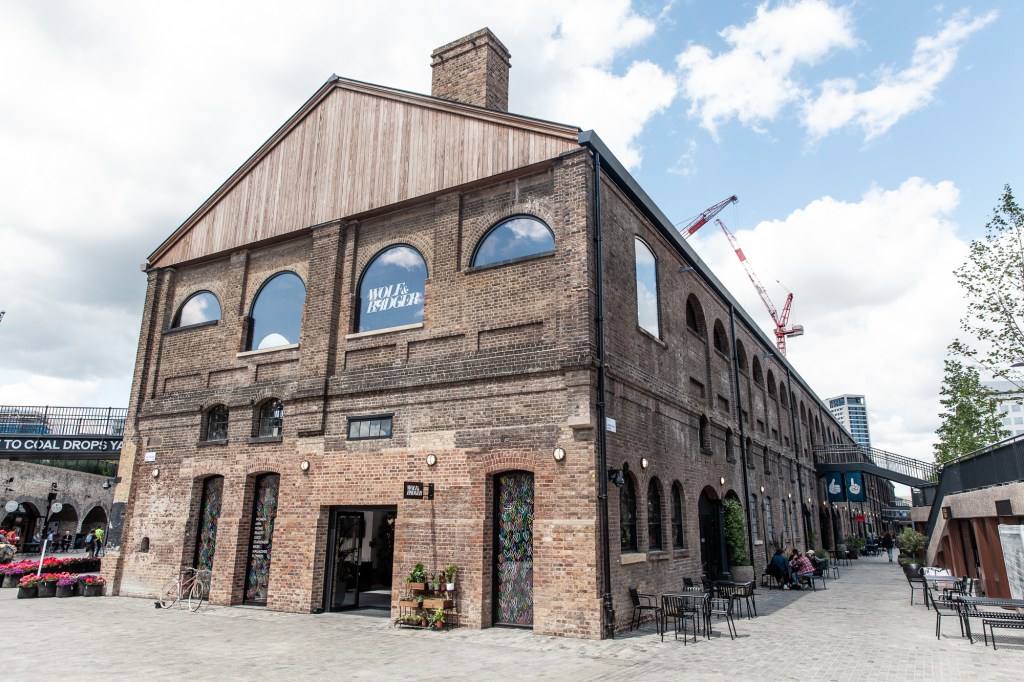 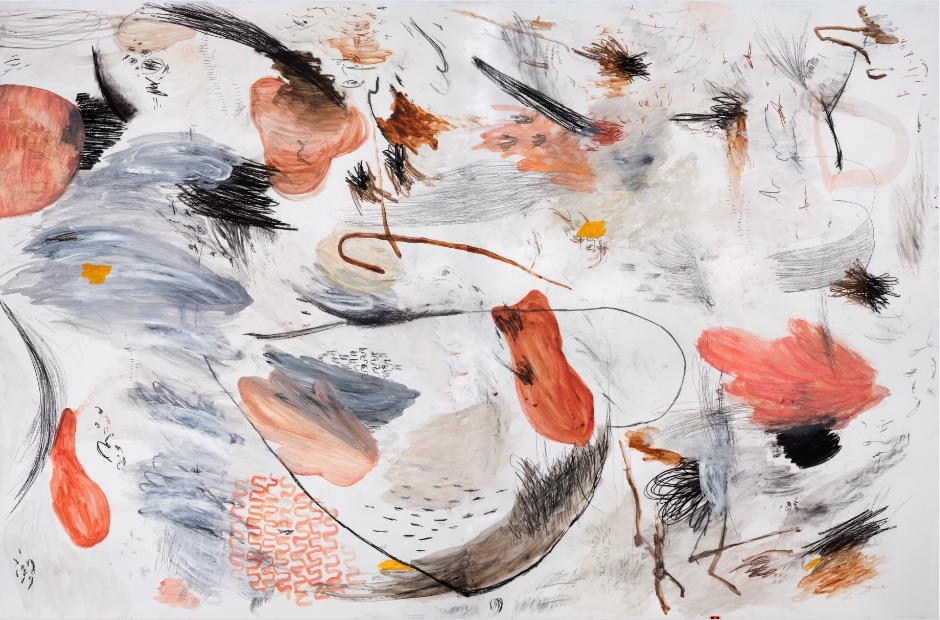 House of Cans – unless we’re mistaken, the only aluminium-can-only bar and off-licence on the planet – has brought together 15 designers and 15 drinks producers to organise CanCon, a one-day beer festival with sustainable design message (21st September, 12pm-10pm). 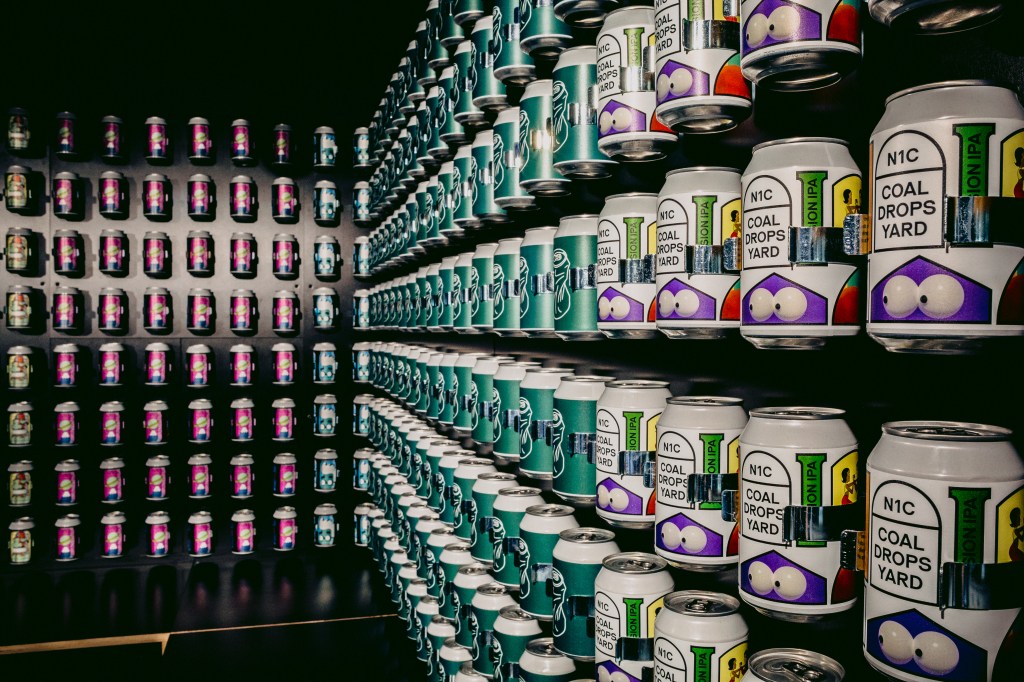 Look out, too, for a late-night event at Coal Drops Yard on Thursday 19th September, during which guests can browse exhibitions while enjoying in-store offers and drinks as well as live music and other surprise attractions.