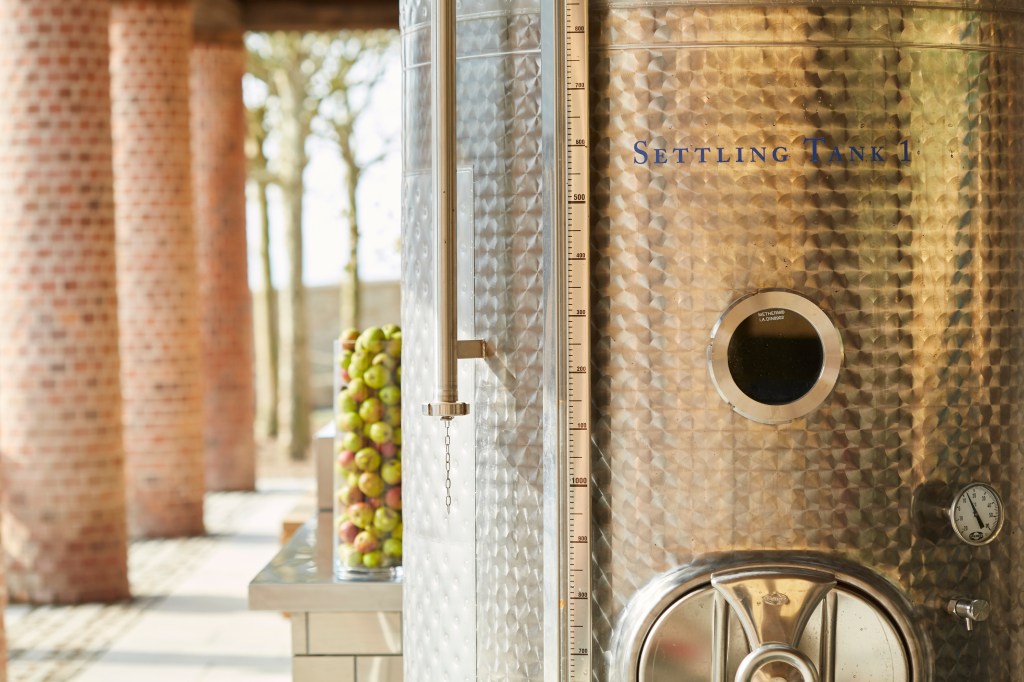 “May I propose a Butford Aurora Premier Crus Hendre Huffcap followed perhaps by a more robust Ross-On-Wye Flakey Bark made from the fruit of just six apple trees? Or maybe a rather exceptional Do It Puritan made from Dabinett and Harry Masters Jersey apples, Vranja and Meeches Prolific quince and blended with perry made from Roche and Butt. And, to round off your meal, some of Brock Bergius’s gluten-free, vegan, subtly brioche and elderflower-led Gospel Green made from apples collected from the Blackmoor Estate near Liss in Hampshire?”

Cider has gone chic. In top restaurants, gourmands are raising their flutes to admire the colour of their Foxwhelp and the nose of their Kington Redstreak, eulogising the beads of Yarlington Mill and lauding the mouthfeel and mousse of Pretty Norman. And, the UK hospitality scene has got in on the act too: as any will attest who have sipped at some “Cyder”, whilst witnessing it being created on site at The Newt, Somerset.

Sommeliers are increasingly doubling up as pommeliers, recommending gourmet fine cider food pairings – be it Wildings Stoke Red 2018 with meat or Barley Wood’s Ashwood Kernel with your butternut squash risotto. They have plenty of suggestions for cheese and spicey food. Louder and more publicly, they are singing the praises of British artisan orchardists and popping the corks of elegantly branded bottles of England’s native wine (or what Cider With Rosie author Laurie Lee called “wine of wild orchards”) and pear wine perry, which Napoleon called “English Champagne”. 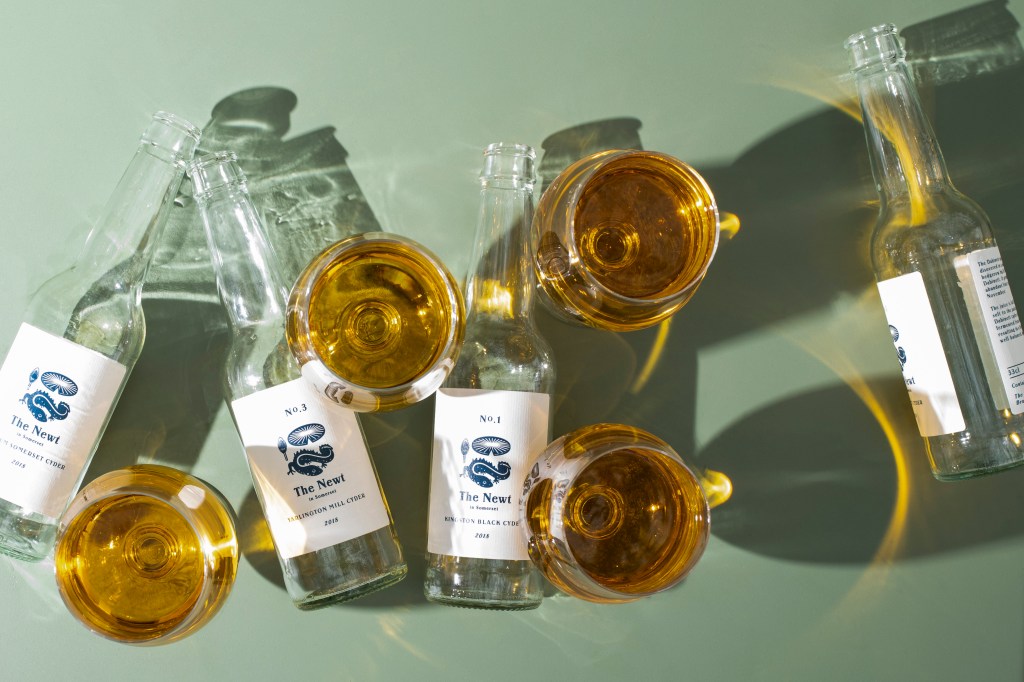 “Cyder”, made with 100 per cent apple juice, at The Newt, Somerset. Photograph by Adel Ferreira

Simon Day, of cider maker Once Upon A Tree near Ledbury, Herefordshire, which utilises orchards planted in 1702, makes high quality Chapel Pleck Sparkling Cider as well as a first-rate British pudding wine in the form of Blenheim Superb ice cider. Along with other artisanal makers, he is challenging conventional perceptions of pome-fruit drinks, which are mainly coloured by memories of Tanglefoot scrumpy and Babycham.

There is, cideristas maintain, a cider for everyone and everything. Find And Foster is reviving Devon’s lost orchards and producing premium ciders like Snicket 2019, while merchants like Felix Nash’s Fine Cider Company and on-line specialists such as Scrattings Cider Shop and Crafty Nectar are busy promoting the merits of various cooking and dessert apple varieties in the form of products from Halfpenny Green, Oliver’s of Ocle Pychard (Herefordshire), Ben Walgate and Steve Reeve’s Starecrow (whose “Quevri” cider is fermented in Georgia-style clay amphoras) as well as  Susanne and James Forbes and Canadian Blair Cote’s Little Pomona table ciders which include Cognac barrel-fermented Egremont Russet and a complement  to rib eye beef called Art of Darkness.

Small batch cider is now being seen as an alternative to mass produced Prosecco and other sparkling wines. More of us will be toasting Christmas with some Gospel Green rose – the only UK cider to be analysed by the IOC in Epernay – and seeing in the New Year with some classy £35.95 Sandyford Orchards YDB ( Yarlington, Dabinett and Brown’s) made in Crediton at the country’s oldest operating cider mill. 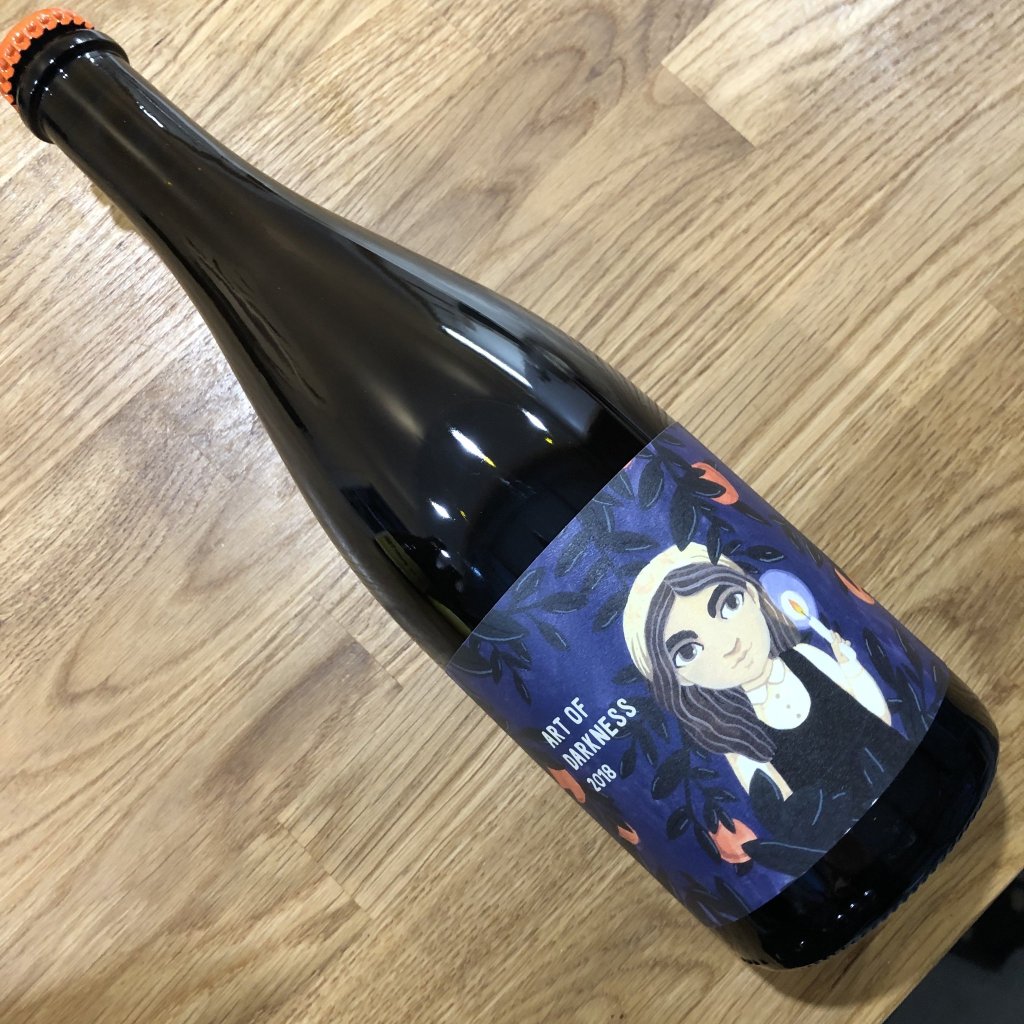 Stourbridge’s Halfpenny Green produce Florin Cidre Cuvee, Sovereign Cidre and Gold Guinee Cidre Mousseux, made using the champenoise method, the same as that used to make the finest champagne. The fully matured cider is bottled with sugar and yeast and allowed to ferment in the bottle. The cider is allowed to mature for a minimum of 12 months, just as bubbly is, to allow the complex flavours develop. The bottles are then inverted and rotated to allow the yeast to collect on the crown cap. The neck is then frozen and the cap removed allowing the pressure to blow out all the spent yeast. The taste is adjusted to Brut, Demi Sec or Sec and capped.

The talk is now all about “keeving” (partial fermenting or arrested fermentation), “pét-nat” (bottling before primary fermentation is completed), “riddling” (twisting the bottles), wild yeasts, hand disgorging, battonage, zero added sulphites and the Methode Traditionelle. Top restaurants are now even beginning to produce cider lists. Bartenders are championing the premium British cider cause. And if that means a broader repertoire of premium tipples to choose between, we’re all for it. 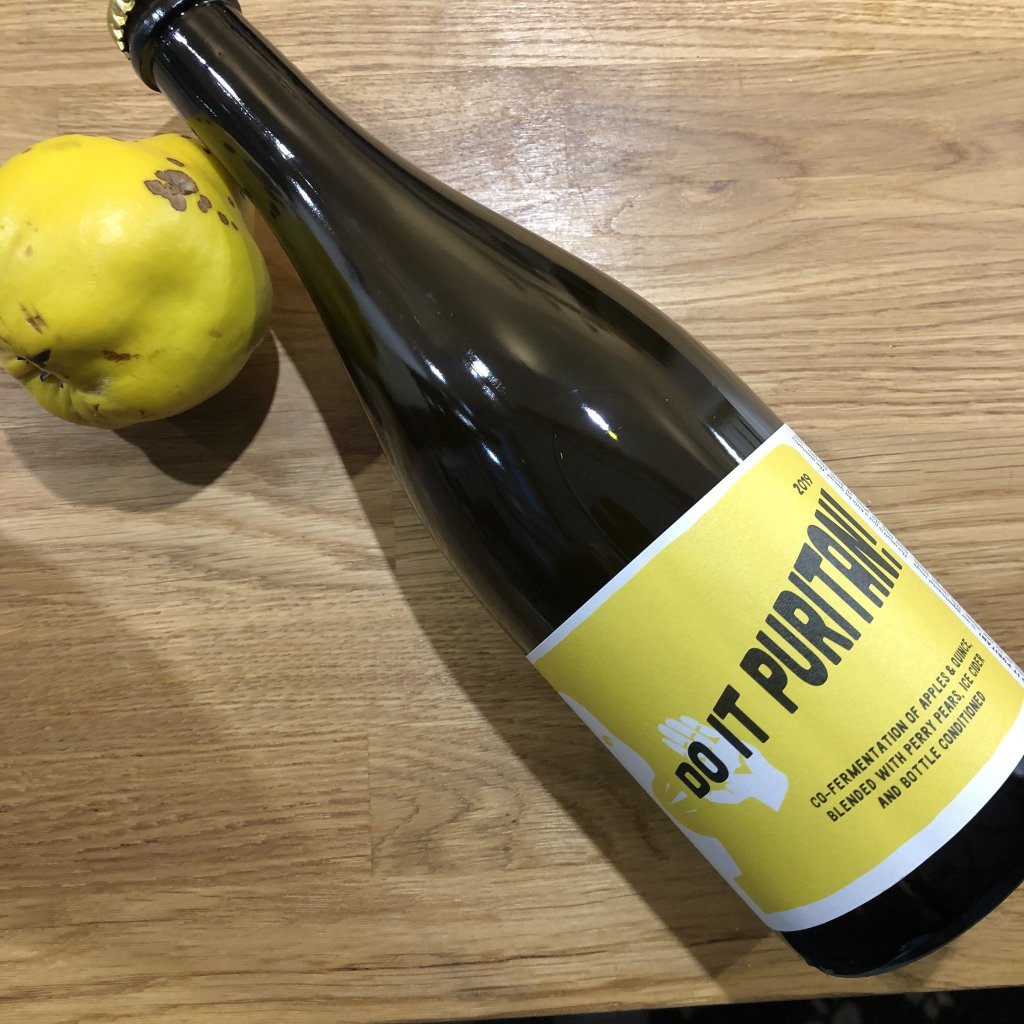 Do It Puritan made from Dabinett and Harry Masters Jersey apples, Vranja and Meeches Prolific quince and blended with perry made from Roche and Butt.