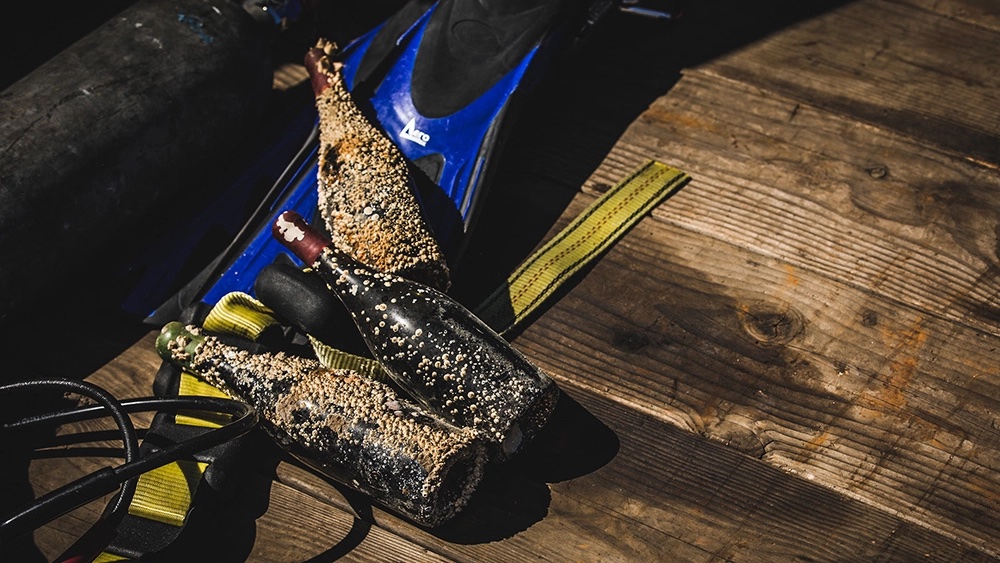 On a recent Saturday morning, two very different boats set out from Santa Barbara Harbour, California, both headed for the same destination over a mile offshore. On board an 85-foot custom catamaran with etched crystal windows and a polished, double-wide wood bar, the guests were a mixture of preppy-chic locals and well-heeled LA types dressed in limited-edition athleisure collaborations. The other boat, a working commercial fishing vessel, was loaded with gear and a team of divers in thick wet suits.

Leading the dive team was Emanuele Azzaretto, founder, along with Jordane Andrieu and Todd Hahn, of Ocean Fathoms, a California company that for the last year had been ageing a cache of 1,800 bottles of 2016 Santa Ynez Sangiovese on the ocean floor, about 70 feet down. Once retrieved, guests on the catamaran were invited for an unusual tasting, comparing bottles from the same vintage—some aged conventionally, the others laid down in the dark, cold waters that Ocean Fathoms calls “nature’s perfect cellar.” 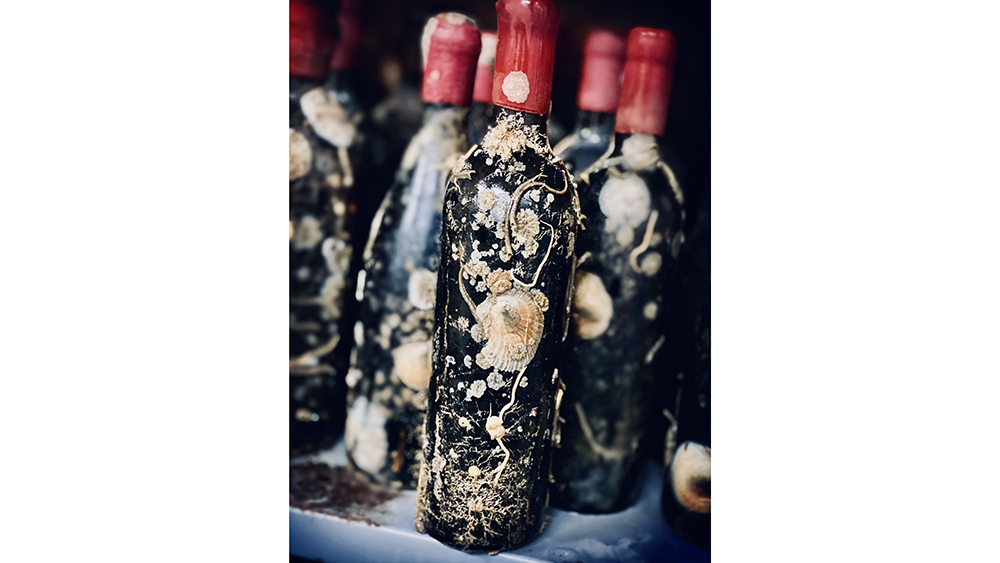 The phenomenon has essentially been around since the first shipwrecks, but it most recently grabbed the attention of the wine world in 2010 with the discovery of a nearly 200-year-old wreck in the Baltic Sea that contained hundreds of bottles of Champagne. Many were sold at auction and snapped up at record prices; a single bottle of Veuve Clicquot sold by Acker Merrall & Condit went for around £31,500. And while ageing wine in the ocean remains a novel calling card, it’s not without precedent. In 2014, Veuve Clicquot, inspired by a tasting of its shipwreck wine, created its Cellar in the Sea program, storing various Champagnes some 130 feet down in the Baltic inside a specialised container called the Aland Vault. More recently, coastal Patagonian winery Wapisa, in Argentina, brought up 1,500 magnums of a Malbec blend.

The obvious question is, of course, “But how do they taste?” Wapisa owner Patricia Ortiz describes her submerged wine as “rounder, more elegant and with fresher fruit.” Azzaretto, who sunk his first bottles in 2015, is equally convinced, as is his Ocean Fathoms partner Rajat Parr, a sommelier and winemaker whose first experience with ocean-aged wine was selling a bottle of 1907 Heidsieck Monopole Gout Americain, recovered from a different shipwreck, for around £3,400 when he worked at the restaurant Michael Mina, in San Francisco. Of that wine, he recalls, “The acidity was well-preserved, and overall, the wine was surprisingly lively.”

Wine expert and author Mark Oldman admits to being skeptical when he was invited to try an ocean-aged cuvée at Leclerc Briant, in Épernay, France. “I wasn’t sure it would have a different personality from their other Champagnes, but it did,” he says, adding that the zesty “life force” of the wines convinced him to carry several bottles back home. 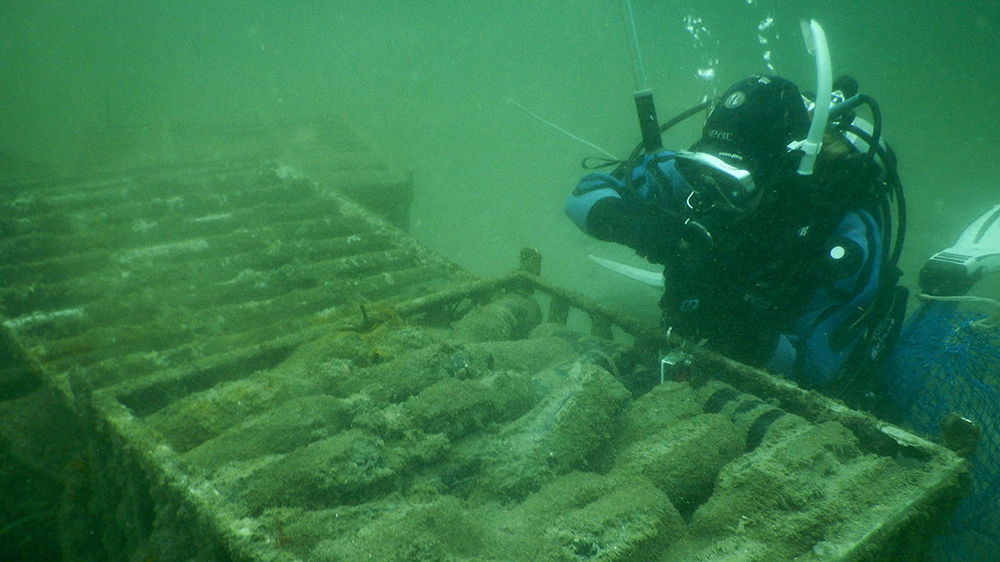 And the consensus among guests at Ocean Fathoms’ Santa Barbara event was that there was a difference: The ocean-aged wine seemed brighter, fruitier. This is likely due to the lack of oxidation—there’s no oxygen to seep into bottles stored on the ocean floor—which over time can give fresh fruit aromas more of a baked characteristic. Azzaretto also believes the hydrostatic current generated by constantly moving water has a beneficial effect on the wine.

But ageing underwater is expensive and difficult. While Ocean Fathoms ultimately retrieved its wine for the Santa Barbara gathering, the “big reveal” moment of the cages being raised from the sea was thwarted by large swells. And yet the processes used by Wapisa, Ocean Fathoms, Veuve Clicquot and others are, of course, far preferable to one alternative: Consider them a way to experience so-called “shipwreck” wines, minus the shipwreck.