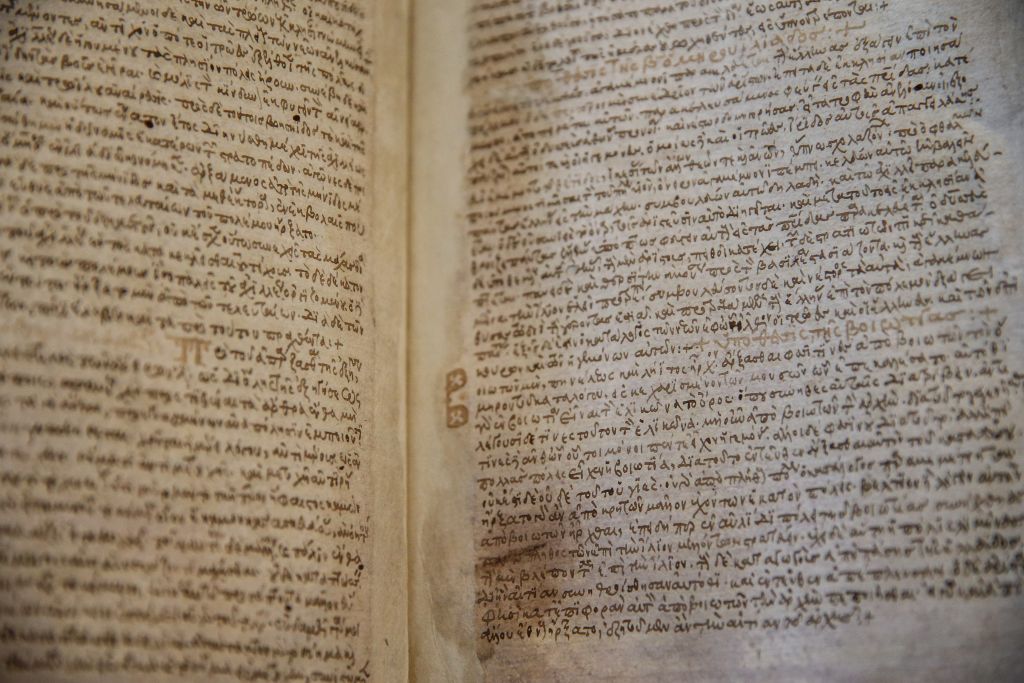 Cosmic keys, untethered souls, sleeping inner-giants, energy-bolstering crystals – the section of any large book shop supposedly devoted to personal development is, let’s face it, awash with pseudo-spirituality and philosophical anti-matter. Even the stuff that doesn’t offer to hoist the reader through a secret portal and into loftier spiritual realms leans heavily towards psychological snake oil.

Which is a shame, because reading books should be as edifying as it is enjoyable. Happily, there is plenty of non-fiction out there which – crucially, in the thick of a global challenge – will sate the more inquisitive, critical reader’s hunger to make sense of it all. An invaluable new addition to the canon is Kindness (A User’s Guide) by Kitty Collins and Ali Catterall (the latter of whom, tellingly, insisted to the publisher that the final book would have “not a whiff of patchouli about it” before starting work on the manuscript).

Interspersed by dip-in gems – evocative kindness tips and quotes about compassion by notables from Rosa Parks to Emily Dickinson via Lady Gaga, Christopher Hitchens and Joe Strummer – the book’s chapters each detail stories of extraordinary humanity. Marcus Rashford and Dolly Parton’s life-changing acts of altruism are brought to life by Collins and Catterall’s deft prose, as are Steve Buscemi’s 9-11 heroics, but expect to find out more about lesser known individuals too: those such as “The Skipping Sikh”, a 73-year-old retired bus driver who helped inspire his fellow elderly denizens to keep active during lockdown, and the Mississippi community bank which, in the wake of Hurricane Katrina, collected dollar bills from waterlogged banks, casinos and ATMs, cleaned it, dried it and gave it away to those who needed it most.

The stories here may offer the warm glow of kindness in a vicarious sense, but it’d be a stony-hearted reader that wasn’t inspired to tread a kinder path, and the growing number of psychologists linking compassionate sentiments and thoughtful acts with reduced isolation, refreshed perspective and enhanced self-esteem will certainly approve. “Kindness is free, readily available, instantly drawn at source,” Catterall – who is currently co-directing a BFI-produced feature documentary about London’s storied cinema-turned-nightclub Scala, and working on a memoir about his childhood – tells Robb Report UK. “And although the authors claim zero bragging rights to the concept, we nevertheless want to highlight that genuinely altruistic spirit, amid fears that humanity is currently a bit lost. This book hopefully shows it’s anything but.”

Moving on from good Earthly deeds to life lessons learned whilst observing the celestial orb we call home from afar: specifically, those of Canadian astronaut Colonel Chris Hadfield, who has spent over 4,000 hours in space (you may have come across him via his zero-gravity version of Bowie’s Space Oddity, which has been viewed over twenty million times on YouTube). Hadfield’s experiences include being forced to break into a space station using a Swiss Army knife, being briefly blinded while clinging to an orbiting spacecraft and having to dispose of a live snake on an aeroplane – yet one of the core teachings of his book An Astronaut’s Guide to Life on Earth is that things are never as bad as they seem at the time they’re happening. Hadfield’s exploration of the interplay between fear and control, meanwhile, is convincing, fluff-free and eminently readable.

Another book hinting strongly at mindfulness is Flow: The Psychology of Happiness, Hungarian-American psychologist Mihaly Csikszentmihalyi’s seminal look at how unadulterated absorption in a task can achieve not only greatness but contentment too. “The best moments in our lives are not the passive, receptive, relaxing times,” as  Csikszentmihalyi – who became interested in the concept of contentment having spent time as a child in an Italian prison camp – puts it. “The best moments usually occur if a person’s body or mind is stretched to its limits in a voluntary effort to accomplish something difficult and worthwhile.”

In Quiet: The Power of Introverts in a World that Can’t Stop Talking, Susan Cane – with thoughtful deference to research in biology, psychology, neuroscience and evolution throughout – laments the “colossal waste of talent, energy, and happiness” caused by society’s tendency to give shyness, sensitivity and seriousness a bad press. Rallying against our erstwhile tendency to lionise social exhibitionists – and providing an antidote to that extravert’s bible, How to Win Friends and Influence People – Cain’s work cites shyer people’s tendency to be “especially empathic” and to think in an “unusually complex fashion”.

Moving from the mind to the body: there’s something very illuminating, life-affirming, about understanding the corporeal hulks of flesh and bone which carry us through life, and Bill Bryson, who proved a master at distilling vast amounts of scientific information into a palatable read for the time-poor but inquisitive layman with A Short History of Nearly Everything, has now performed the same magic trick with the human body as he did before with the universe.

As well as a wealth of arresting anecdotes from the history of medicine, Bryson’s painstakingly researched The Body: A Guide For Occupants is packed with factual gems which range from the terrifying (our immune systems eliminate between one and five cancer cells every day) to the humbling (from a purchasable chemical element perspective, the average person would cost £96,546.79 to build) to the politically timely (our ethnicity-based skin colour comes down to a single millimetre-thick sliver of epidermis).

Meanwhile, no examination of self-improving non-fiction reads would be complete without a nod to Sapiens: A Brief History of Humankind, Yuval Noah Harari’s nugget of existential dynamite, which has sold more than twelve million copies. For the uninitiated, imagine the virtual reality premises posed by Aldous Huxley’s Brave New World and the Matrix franchise; now tone those right down to something that is vastly less fanciful but all the more profound for actually being real, here, today: namely, that countries, economies, capitalism, money, laws, brands – all such constants which make up “reality” – exist only because we all concur they exist in our collective imaginations.

All of which brings us back to undeniably real, innate human instincts. Such as kindness…