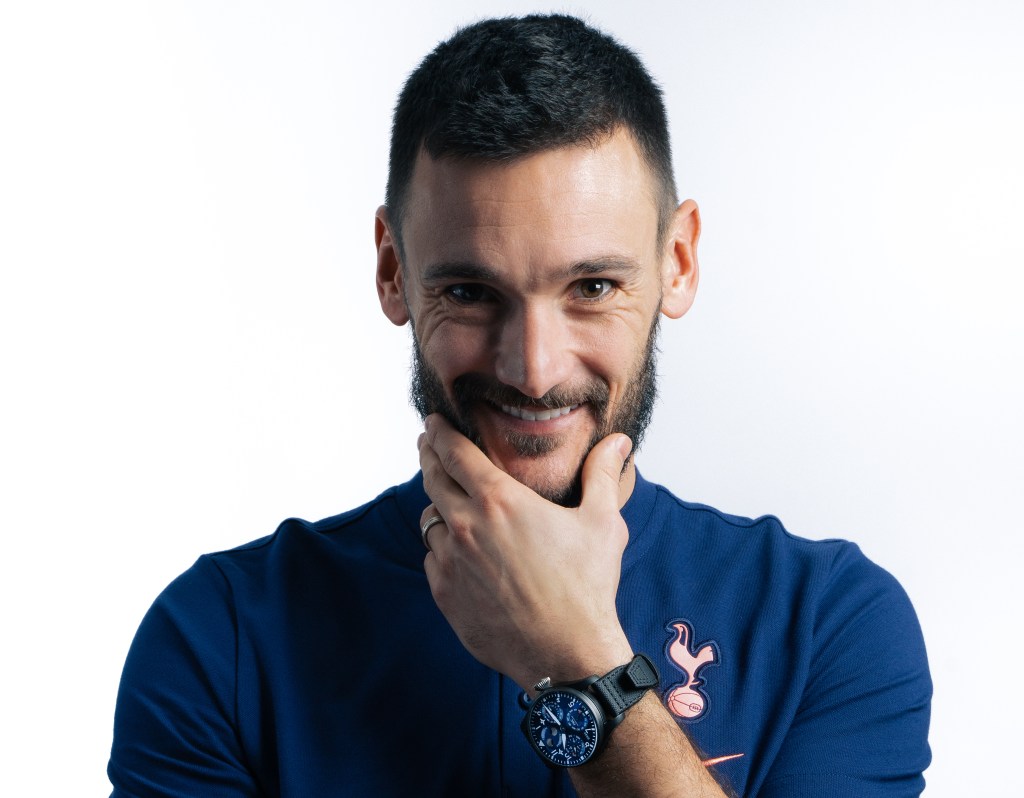 He’s experienced moments of extasy (hoisting the World Cup as French captain in Moscow in 2018 for one) and of agony (being on the losing  side, the following year, in the Champions League final).

What’s certain is, the man between the sticks at Tottenham Hotspur since 2012 will be remembered as one of the most accomplished goalkeepers of the modern era: indeed, one who has saved his team more goals than any other since 2013, according to Opta’s statistical models.

Given that being a shot-stopper is all about grasping the interplay between time and space, it’s appropriate that Lloris is one of four players fronting “Every Second Counts”: an initiative by IWC Schaffhausen, Spurs’ official timing partner, which explores the relationship between time and football, childhood dreams and adult reality.

We caught up with Lloris at the Hotspur Way Training Ground.

How is lockdown treating the squad?
Being footballers mean we escape the reality a little bit, and close our eyes a little on what’s going on in the world.

How has the team recovered from losing the three goal lead in ten minutes (against West Ham, two days before our interview)?
It showed that in the Premier League in particular it’s never done. You have to close the door.

What do you look for in a watch?
It depends on my mood, depends on the occasion. It has to be very different for every day to special occasions. I look for interesting colours and shapes?

Is there a competitive watch culture at the club – I gather there sometimes is with cars?
It’s one of the first things you do as a footballer when you get your first salary – go and get a watch. It’s something very special for men.

The elbow injury last year was bad enough for you to need oxygen on the pitch – is it completely back to normal now?
I recovered very quickly, because all the right decisions were taken at the right time with the surgery. Plus protocol was followed properly, in terms of me being broken in step by step – back into training, then back into the pitch, back into competition. There was still a lot of work to do between games, and the lockdown from March gave me a good chance to keep working on my elbow.

How did that period affect players psychologically?
I used it to recover mentally. In football you never stop. It’s like a marathon.

How has Gareth Bale’s arrival affected the team dynamic over the last few months?
I think he came here with a lot of motivation. You can see and you can sense a man who’s very happy, smiley, open to talk, open to share. He also came here with a real determination to show who he is. He needs time to work out his relationship with the team, but he’s already feeling very confident.

How are the empty stadiums effecting the players?
Well football without fans is just not the same sport. And of course, you can feel the difference the moment you walk onto the pitch – while there’s still the pressure of the competition, but you miss the adrenalin – the atmosphere pushes you to your limits. But it’s the same for all players around the world and we have to do the job and stay professional. We know that all the fans around the world are watching us via cameras, and we can feel their support through social media. The club are doing great work in trying to create proximity between fans and us even though we’re not seeing or hearing them in the stadium.

They say the French are as not as passionate about football as other Europeans – so why does France produce so much top talent?
It’s difficult to explain why there are so many talented young players from there. The academies in France do amazing work – I still remember my time in Lyon, which had the best academy in France, and when I left the club between six and ten players still there were from the academy and are still playing there or elsewhere in Europe. It’s definitely part of the French DNA at the moment.

Are goalkeepers a different breed to the rest of the team?
I’ve always said we are a group inside another group. We train apart, work with different coaches; we use our hands; we wear a different shirt. But we can see through the evolution of the function of the goalkeeper, today he has to be more like an outfield player – you have more responsibility with the ball at your feet; the game’s more demanding than before when it comes to playing out from the back. It depends on the philosophy of the manager, but keepers today are more complete players than before.

Is there anything you’d like to achieve you haven’t already?
I’m closer to the end of my career than the beginning – I’m 34 now –and when I leave Ill share a lot of emotions with the jersey, with my team-mates, the fans, the coaching staff. I’m still missing a trophy with Tottenham and that’s why I’m fighting and working so hard every day. We were close with the Champions League Final, with the Premier League race in in 2015/2016. The final of the League Cup as well in 2015. But I’m really proud of how things have turned around in the club in the last five or so years. It’s going in the right direction but we need this taste of victory because between winning and being a runner up, the difference is so small but the taste is so different.

What, for you, is the ultimate luxury?
My children. I’m a family man.  Like everyone, I love luxury things but my biggest focus is my family and then my job with the club and the national team

Will we still have VAR in three years?
I don’t know. I think there will be a lot of evolution in football in the next five or ten years. I expect there will be more clarity – there’s a lot of discussion and debate at the moment, and it’s not easy for the referees, or the players, or the journalists. There are a lot of opinions and a lot of contradictions. But as a player you just have to stay focussed.