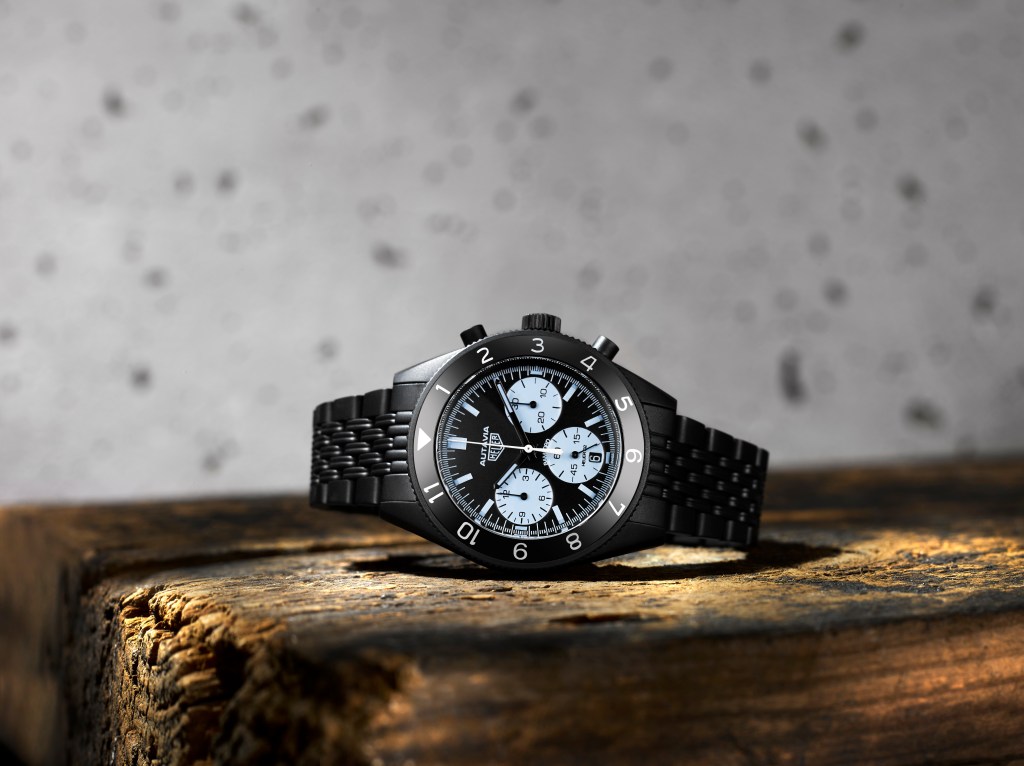 Reclined on a sofa in his five-storey Mayfair town house, known as The Hive – its shelves filled with curios such as a model of an AC Cobra, a crash helmet given to him by TAG Heuer and several sizeable photography books – George Bamford, a scion of the JCB empire, candidly reveals that dyslexia makes it very difficult for him to read. The condition has made him sate his innate burning curiosity in other ways – including indulging what he calls his “magpie” tendencies when it comes to collecting. Bamford’s catalyst moment is woven into horological folklore: wearing a new Rolex Daytona to a dinner party and finding that many other guests had the same one, he went off and used an engineering process to turn his watch a deep battleship grey. The cries of “do mine too” heralded the birth of an enterprise, The Bamford Watch Company, in 2004. Back then, customisation was considered a heresy, but with personalisation and luxury having become so inextricably intertwined, Bamford has now become an official customiser of the three LVMH brands: TAG Heuer, Zenith and Bulgari.

I love black because it brings out shades of beauty. If you look at a car in a bright colour, you see that bright colour. If you look at a car in black, you see the nuances of how a designer has done pin lines. [Gestures to a metre-long model of a Concorde on a stand in the corner.] That was given to me by a guy who has a gallery in Pimlico – you’ll always have people who feed your addictions – and I got some people to spray it in black and aqua blue. Look at the sheen. Look at the flex, the sweep of the wing. With black watches, you can see stuff like a subtle chamfer edge. Also, a black watch is not as shouty, and I never wear a watch for someone else – I wear it for me.

When I customised that first watch, I wanted something the opposite to bling, which is black. So I went to see the engineers at the family business and said: “Is there any way of changing steel into another colour?” And they said: “Well, there is something used in the mining industry to make a non-friction drill bit. It’s a bluey-black internal coating.” It was a back-and-forth process, involving visiting this facility full of steampunk-style machines. Nowadays we’d use a military-grade titanium coating. 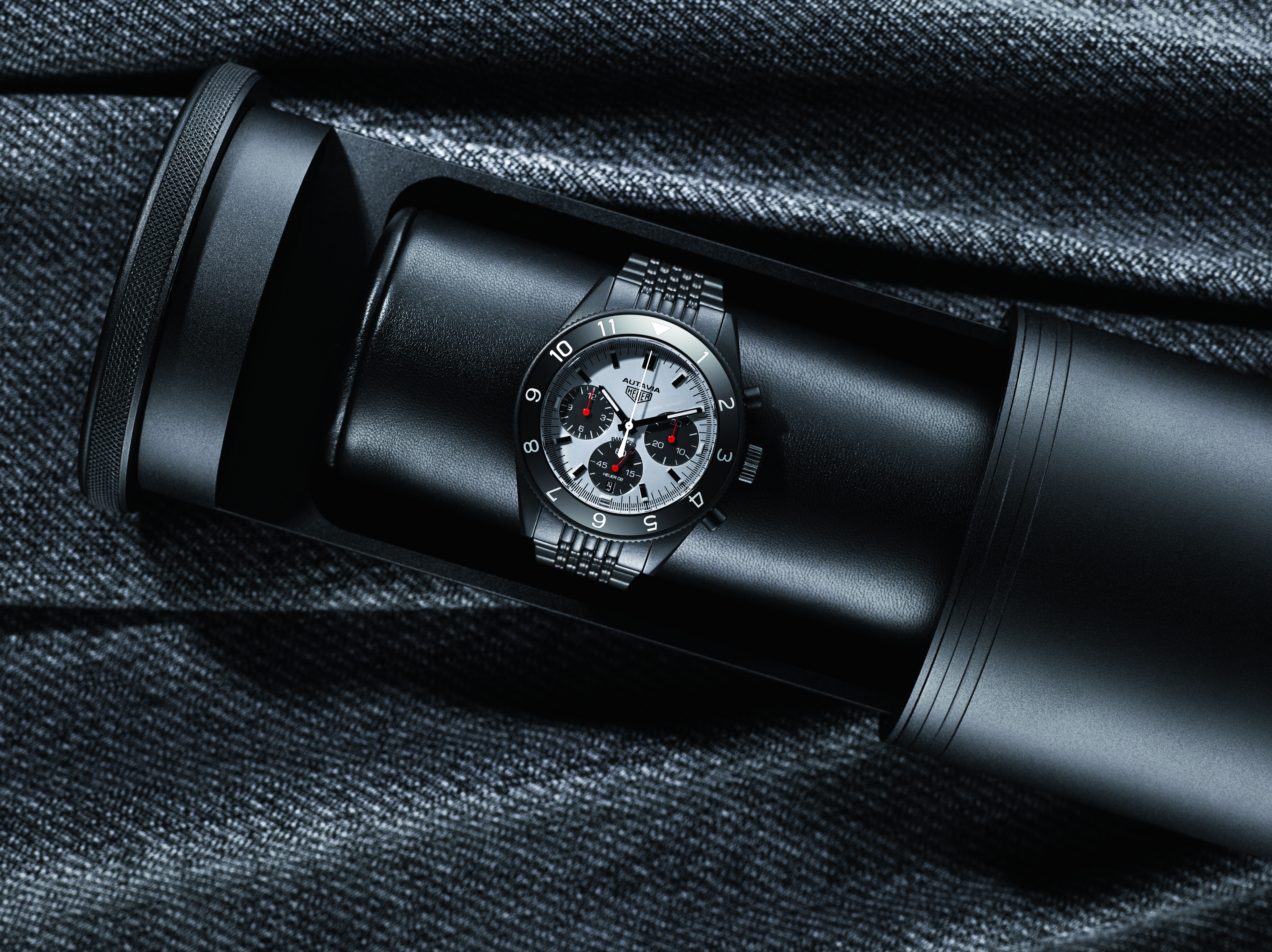 The joy of discovery

I love going down a rabbit warren and finding collectibles, whether it’s watches or cars or crash helmets or the small collection of stopwatches I have upstairs. I have a BMW Z1 with the ‘disappearing’ doors that slide down – one of the pin-ups from when I was a kid. That’s nostalgia, but I also live by a “Got to want to steal it” philosophy. If you go into a shop and you think, “I can’t live without that” you’re onto a good thing … I constantly flick through books thinking, “Oh I love that dial, I don’t have anything like that, no one does that bracelet now, how do I find it…?” I love going through them and going on this magical mystery tour of weirdness.

The price is secondary

I was given a TAG Heuer Formula 1 – ’80s style with luminous dial, black rubber strap, their take on the Swatch. Not expensive, even at the time. But I thought it was the coolest thing ever. Sadly I gave it to an ex-girlfriend and can’t seem to get it back from her. That’s how I caught the bug. I love ’60s, ’70s and ’80s watches from Breitling, Heuer, Omega, Zenith – that’s my wheelhouse. I love the Heuer Kentucky, and the whole digital revolution when they were trying to play against quartz. And something arrived on my desk yesterday that I bought on eBay – a 1980s recorder that printed out, digitally, how fast you were running.

I used to be a photographer and collect cyanotypes, daguerreotypes and various other types. I have an amazing original I bought when I was about 19 or 20 and got my first pay cheque – a 1907 photograph by Alfred Stieglitz called The Steerage. Depicting rejected immigrants heading back to Europe on a steamship in New York, it changed the path of America’s rich and poor, black and white divides. That’s what I look for in photographs – those decisive moments that change history. For me Don McCullin’s ‘Shell-shocked Soldier’ is one of the most powerful images ever taken – you see into his eyes and see that he’s seen death. I’m also fascinated by the “magic mirror” work done by Louis Daguerre, etched into glass using a dangerous mercury fume system. He’d give them out for people to use as calling cards.

I like juxtapositions, like suits with trainers. If I’m in a hoodie wearing a prototype TAG Heuer Monaco, does that really work? Well it does for me because it is me. I’m a complete sneaker-head who collects Nikes and Converse. I have a Nike/Hiroshi Fujiwara collaboration I bought in Japan, and I’ve worn them to death – I wish I’d bought five. I’ve also got an amazing pair of Air Force Ones Nike made for me in all-black ballistic nylon with a cashmere interior. I never keep trainers box-fresh – I wear them and beat them up. I don’t care if something’s “worth a lot if they were mint” – they’re not, and they’re mine.

The flaws of perfection

I love it when an old battered belt becomes an old friend. I was driving my old Series II Landy Lightweight recently and the gasket and radiator blew, leaving me stuck in a field. For me that’s one of the joys of a vintage car – my hands were full of oil, and I had my little tool kit and was taking stuff out, and I just loved it. Why do you wave to someone you see driving another old car? Well, it’s because I know you’re as nutty as me to have something you know is going to break down constantly.

I have about 30 or 40 vintage vodkas in my deep freeze. I’ve got old Smirnoff and Stolichnaya with vintage labels. With the vodkas, the difference lies in whether they’re from before or after the wall got knocked down, and you can really taste the nuances. Listening to a James Bond audiobook, I learned that a peppercorn attaches itself to any petrol in the vodka – if it seems a bit murky at the top, put one in and it pushes all the murkiness to the bottom.
Get the Robb Report newsletter. Click here to sign up.