By Terry Christodoulou on August 7, 2020 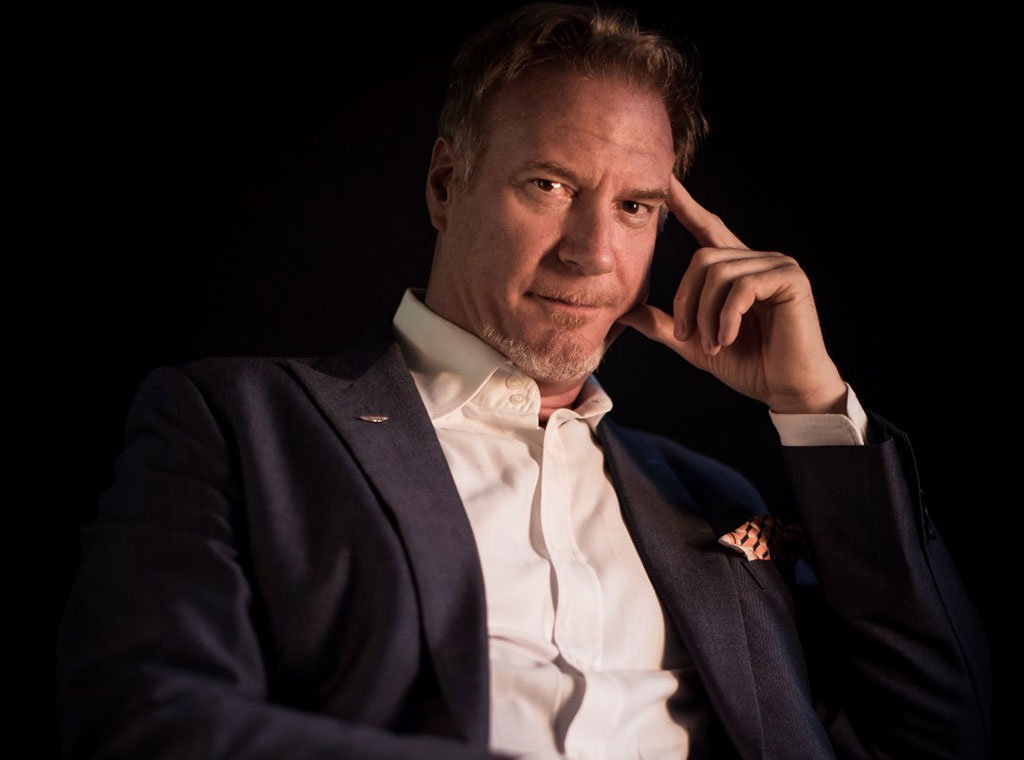 Elegance has long been a central allure of Aston Martin – beautiful pieces of automotive ‘art’ dotting its heady timeline, with genuinely captivating performance models that stir motion unlike any other marque.

But things are changing – and with a new SUV in the stable (we’ve not yet driven the DBX here so remain unsure) alongside a new CEO, new Chairman and a return to F1, we thought it time for a chat.

And so to a man with his own 15-year Aston history – Chief Creative Officer Marek Reichman – to discuss such happening and how we can score a drive in the Valkyrie hypercar.

Robb Report: Were you always interested in car design?

Marek Reichman: I was probably about 13 or 14 when I figured out that I wanted to be a designer. I was fascinated by the fact that someone could have an idea, sketch the idea and someone would make the idea. Then my family, my father, his closest friend, my brother, they are, we are, car nuts. And so, I just put the love of automotive and my interest in design together and studied to be an industrial designer.

RR: What do you say to the concept of the car informing ‘cultural currency’?

MR: It’s the love aspect, I think. A car’s an inanimate object, but you hear people naming their cars, talking about their cars – it’s part of their family. It’s an object which becomes important. That’s the allure for me, because it’s something that society needs.

RR: But that role is rapidly changing?

MR: Of course, there are millennials that don’t think about car in the same way, but they’ve still got to get from A to B. As a designer, that’s where it becomes really interesting.

RR: You refer to yourself as an applied artist, a combination of ‘art and industry’. Is the melding of both essential to modern car design?

MR: Personally, yes, I think it has to be. I think applying what we do as creatives is so important. It’s art, isn’t it. What is art? Art is an expression of your thought in a medium that someone else can see. Whether you’re a sculptor, a painter, a graphic artist, a fine artist, a photographer. Someone else can see what you think in your head and can assess it, can look at it.

RR: So how does that apply to what you do at Aston Martin?

MR: What I do every single day is I work with other artists, other designers who sketch in slightly different styles, and sculptors who sculpt and shape objects. What I’m doing is I’m applying the art and the nature of what I think is a beautiful form into an industry. Particularly in the space of luxury, which is very much where Aston Martin sits.

Then that has a value in itself because if we think about the things that we consider as luxury, they are authentic, beautiful materials. They are typically rare. Luxury is not ‘throw away’, it’s for life. We’ve made around 100,000 cars in 107 years and 96% of them still exist.

RR: How important is it to find a balance between respecting the design codes of the past while still delivering modernity?

MR: The 5 per cent from the past is important to say who we are, but everything we do has to be about the next generation – and as designers we have to be progressive. I think if you look at a DB11 today, there is 5 per cent of the past because the grille form, the grille veins are there, but then if you look at a DB2/4’s grille veins, they’re completely different. If you look at the shape of a DB2/4 or even a DB5 grille, it’s completely different. The language of the grille is similar. That’s the heritage part. Is that a ball and chain or is it freedom?

RR: How would you explain that heritage?

MR: I want the heritage to be something that gives you confidence because you can see there’s a 107-year link for this brand. I believe we are and will be the most luxurious car company in the world because our products will have that longevity in the marketplace.

RR: You speak of progression, the DBX is a particularly interesting move – and what’s said to be an important one for the marque. How much pressure comes with designing the first Aston SUV and breaking into this new segment?

MR: Yes, but there’s always pressure – that’s why I get out of bed. I like the opportunity to, within Aston Martin, do something different. And yes, there is added pressure because it’s a new segment, one with amazing competitors. But we created the DBX in the way we create sports cars. You can’t take that out of what we do.

RR: And its importance to the company?

MR: It’s so important because it becomes the volume within our range. That goes into markets that a sports car actually isn’t particularly practical in, whether you’re in certain areas of Australia, certain areas of the US, China where it’s a heavily dominated market to SUV, new markets as Africa, North Africa and South Africa start to grow, as at some point India redevelops itself. My fascination with DBX is that everyone has been absolutely shocked by how good it is in an off-road situation as well as on the track. 25 years ago, you didn’t have a product that could go on-road comfortably and be off-road capable.

RR: You once were quoted saying “Aston Martin’s design language is dynamic enough to be applied to anything, from a sports car to a submarine.” For you, is that a marker of good design?

MR: I think the dynamic language of something is its interest value. I look at something and I go, ‘Wow, thats interesting – I want to find out more.’ There are other design ethos as well, which again I appreciate, but I think you need to have the element of excitement to attract you to something.

RR: How then does this Aston Martin design language influence projects such as the ‘Galleries and Lairs’? Which are truly stunning – might we add. I guess we’re asking, how do you make sure something still ‘Aston’ even when not a vehicle?

RR: How did the idea to create these ‘lairs’ come about?

MR: The more we talked about car and collector, the more times I’ve visited people’s collections to see how they display cars. The idea there came to say, ‘how do I display my Aston Martins?’ Well, it should be in an Aston Martin home; it should be in the context of the car and the environment working together.

RR: I know the former CEO, Andy Palmer, had what he called the ‘second century plan’. What’s the plan now under CEO Tobias Moers and Chairman Lawrence Stroll ad what is a new ‘era’ at Aston?

MR: I think there was a plan. We acted on some of the plan, but as you say we’re into a new era with a new plan. I think attached to that, we’ve got the mid-engine program that we’ve started through Valkyrie. That will continue with the Valhalla and the Vanquish derivatives. The DBX and its derivatives will grow. But our ethos is to be the epitome of luxury and we will be the most luxurious car company in the world.