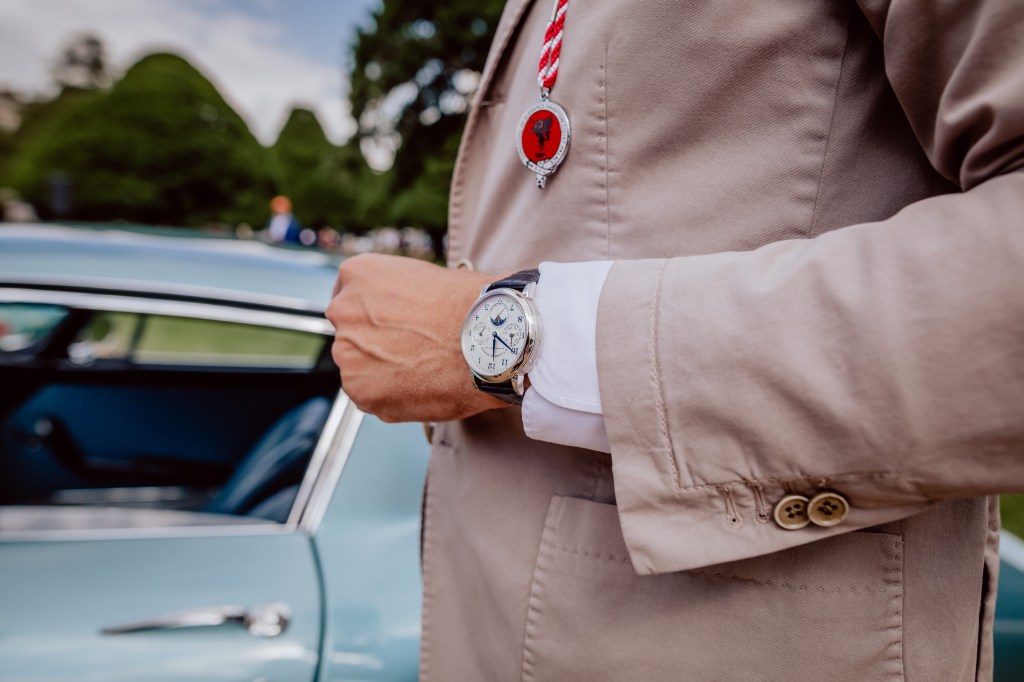 Times change, and with them, so do trends – even in the most traditional circles. For many years, the series of social events loosely defined as ‘The Season’ was a barometer of one’s wealth and taste: as a socialite, understanding what events you were meant to be seen at and how to behave and dress when you were there was seen as an innate quality in the British upper classes.

Which is why The Season has become a magnet for some of the most exclusive brands on the planet trying to ensure they are associated with, and are catching the eye of, this small and exclusive group. Brands spend many millions of pounds on event sponsorship every year trying to reach the UHNW audience: whether it’s Wimbledon, Royal Ascot, The Boat Race or The Chelsea Flower Show, the battle to get your brand seen by Britain’s wealthiest people at some of the country’s most high profile events is intense – and, invariably, expensive.

The A. Lange & Söhne Concours of Elegance  Ben Gierig - Fotografie

However, Richard Wheat – luxury entrepreneur and co-founder of the financial media group MRM – believes that too many brands adopt a scattergun rather than a nuanced approach to reaching this relatively small, but elusive, audience. In the process, he believes, they’re reducing their chances of return on investment.

To understand what defines HNWIs’ tastes and how they socialise at events we need to understand The Season in more detail. From its origins in the heart of the 19th Century London social scene, it has morphed into something less obvious and varied as wealth, and those who have it, have evolved. What actually constitutes The Season has been a matter of debate and many brands have attempted to ‘own’ it, from French Champagne houses to middle-market menswear brands. But there is no definitive list, and to complicate matters further, tastes and opinions continue to change.

While sporting events have always featured – with Royal Ascot and Wimbledon being amongst the most highest-profile – ceremonial events such as the Trooping of the Colour and the Order of the Garter are also on the radar, as well as cultural affairs such as Glyndbourne. As Wheat explains, “The old ‘Season’ had a rigid, often peculiar and archaic dress code associated with it and whilst that still has its place and can be seen as charming, the allure of attending something altogether more causal and modern could be more compelling. Especially now that Glastonbury, for example, has helicopter pads, luxury accommodation and world-class food.”

The Season has also been hijacked by corporate entertainment, and while it is fun for the wealthy to show their faces at Ascot or Wimbledon, the thought of spending the traditional three or four days at such an event is too much for the modern sybarite who will worry they are missing out on something happening elsewhere: far better to just attend the right day at Ascot, Henley and Wimbledon and participate in something new with your free time. And there is always something new to try: “Something exciting where you are not just a spectator dressed in 19th century clothing”, as Wheat succinctly puts it.

MRM advises its clients to know their customer beyond their net worth. “Understanding that mind-set is crucial for any brand hoping to get traction from sponsorship and brand engagement,” he says. “As we have learned by arranging PR, sponsorship and gifting for a variety of clients, understanding your audience’s taste and how quickly they change is critical in order to generate success.” Perhaps throwing millions of pounds as a headline sponsor at a traditional event is not the way to go: instead, spotting trends and deploying budget in the right way is likely to yield far better results.

“Lesser known but well attended events include The Mille Miglia and The Distinguished Gentleman’s Ride, both of which allow the wealthy to actually participate and be the event rather than just watch. Both events offer a romantic vision of motorsport and the original post-war inception of the Grand Tour. The opportunity to drive a classic car along the Italian riviera with a thoughtfully curated itinerary is exciting and memorable.”

However, you need to do more, Wheat says, if you’re going to stand out. “Just plastering your brand everywhere is not enough. The better experiences will always provide the most comprehensive service and the right clothing and accessories.” Wheat has witnessed this first-hand: as managing director of luxury gifting brand Caracalla, he has seen how the better brands are investing in quality collateral. “Formula One Paddock Club engaged us to upgrade their customer experience,” he explains. “They had identified that the wallet they supplied their paddock passes in was an area for improvement. We created a sustainable piece from calf leather with bespoke hardware that reflects the values of Formula One.”

Nostalgia is a powerful force currently at work too. The Le Mans Classic and Goodwood Revival have both latched onto the appetite for revisiting the recent past. The imagery of Slim Aarons, who captured the original jet-set, is much admired and a constant source of inspiration. As one social commentator puts it: “It was the last time wealth and good-taste were acquaintances.” It is this sensibility that has fuelled the growth of events such as Concours de Elegance (one dapper attendee of which is seen in the main picture above).

“Large budgets alone are no guarantee of sponsorship success for leading brands,” concludes Wheat. “Like the events and the HNWI individuals that attend them, it’s a matter of taste and not just spending to get noticed. The route to sponsorship success is subtlety around the new season and too many brands are missing that point altogether.”