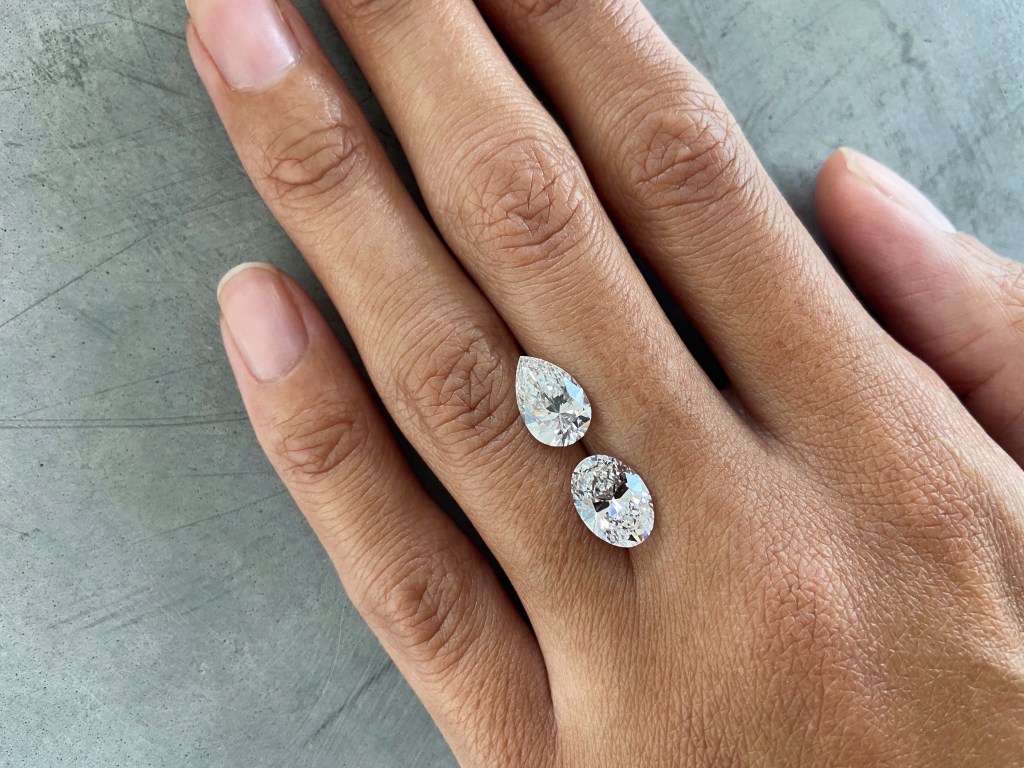 The conversation around lab-grown diamonds has been building for a while now. The gut feeling is often that they go against all our luxury instincts – true rarity can’t be artificially manufactured, can it? But, it’s difficult to deny the ethical compromises often made for the sake of mined diamonds. And as recent global lockdowns due to COVID-19 impact the industry (especially in India, where 90 per cent of the world’s diamond cutting and polishing is done), perhaps now could be lab-grown diamonds’ time to shine.

Last year, The Financial Times reported that the world’s natural diamond reserves are expected to be almost completely depleted by the middle of the century. Which leaves us with two options: pay increasing amounts for the remaining few, or embrace the alternative. Either way, it’s worth giving these ‘imposter rocks’ a fair hearing. 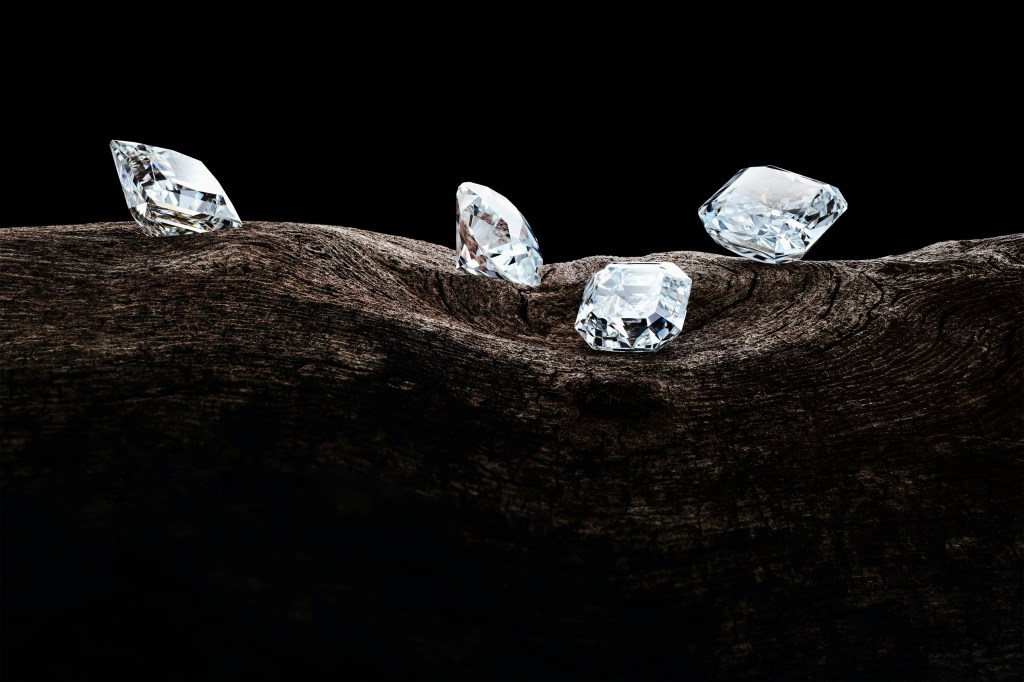 Courtesy of The Diamond Foundry

What exactly is a lab-grown diamond?

Let’s start with the basics. Lab-grown, engineered or cultured diamonds are absolutely the real deal. They’re chemically and physically identical to natural (mined) diamonds, and are just as durable. The main difference is that natural diamonds take billions of years to form, while man-made diamonds can be grown in just a few weeks, using advanced technological processes that duplicate the conditions under which the stones develop organically.

There are a number of methods used to create lab diamonds. Typically, a diamond seed is placed in a plasma reactor (in the case of CVD synthesis) or a large mechanical press (if manufactured by HPHT). Then, depending on the technology used, a combination of heat, pressure and carbon-rich gas are used to make the diamond grow, layer by layer. This technology has made huge advances in recent years, allowing companies to grow higher-quality diamonds more rapidly and cost effectively. According to a report commissioned by the Antwerp World Diamond Centre (AWDC), it now costs around £200 to £360 per carat to produce a CVD lab-grown diamond, compared with around £2,900 per carat in 2008. 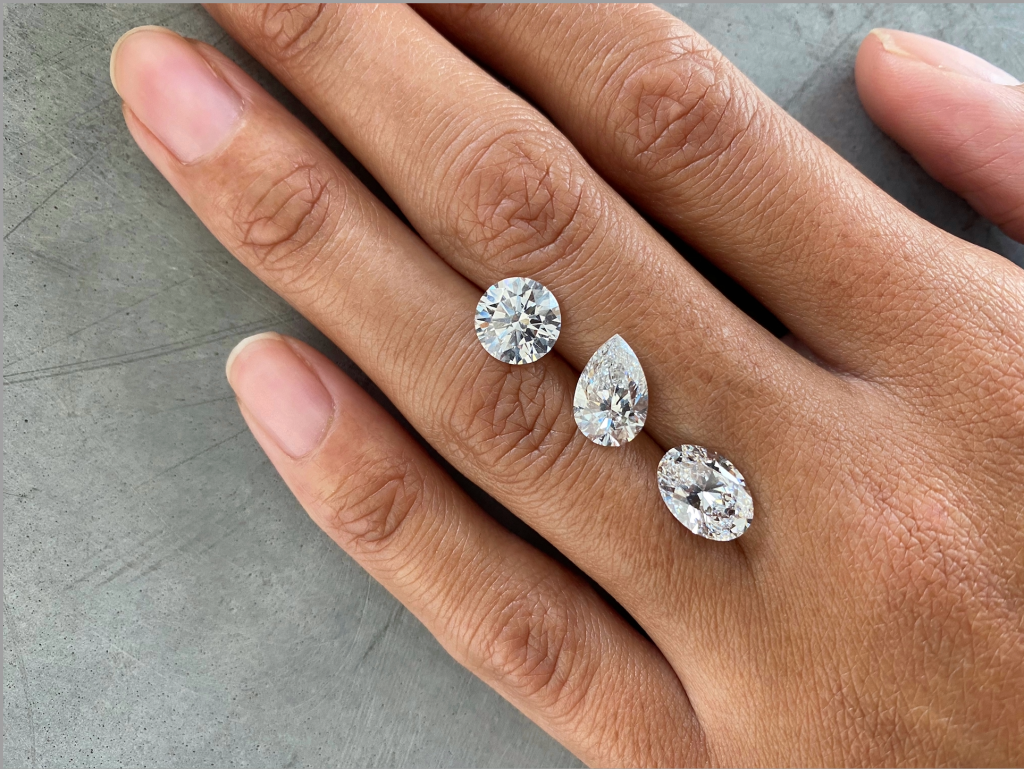 So, who’s buying them?

Millennials and Gen Zs – who together are the main purchasers of diamonds for engagement rings – are increasingly moving towards lab-grown diamonds (their market share is increasing 15 per cent to 20 per cent year on year), with nearly 70 per cent saying they’d consider buying a lab-grown alternative, motivated by price, transparency and ethics.

There will have been a considerable spike when Meghan Markle was pictured wearing sustainable jewellery brand Kimai’s lab-grown diamond earrings. Kimai’s founders, Jessica Watch and Sidney Neuhaus, both hail from diamond trading families in Antwerp, but struggled with traditional diamonds’ murky provenance. The duo landed on lab diamonds while searching for an ethical, elegant and affordable alternative. They say that even a certified gemologist with a 10x loupe is unable to tell their diamonds from natural ones.

The ethics of mined diamonds vs. lab-grown

Environmental impact is a key consideration when deciding which diamond camp you’re in. The Diamond Producers Association (DPA) claims that the greenhouse gas emissions produced from mining natural diamonds is three times less than those created when growing diamonds in a lab (it’s worth noting that the DPA represents some of the world’s largest diamond miners). The stat is to be expected really: it’s no surprise that an inordinate amount of energy is required to recreate what takes billions of years to do otherwise – we’re looking at 1.5 million pounds per square inch of pressure (HPHT), or plasma that’s as hot as the sun (CVD).

Labs, however, do seem to be proactive in their use of renewable energy. The Diamond Foundry, for example (which is backed by Blood Diamond star Leonardo DiCaprio), employs solar technology in San Francisco and hydropower in Washington state, and its processes are certified as being carbon neutral.

Diamond Foundry is also quick to point out that the energy used in mining is generally dirty diesel. It’s estimated that 250 tonnes of earth is shifted for every single carat of mined diamond (for context, 148 million carats were mined in 2018), and that some mines are so huge that they can be seen from space using Nasa’s Terra satellite. Beyond carbon emissions, diamond mining has also been linked to pollution of water sources and destruction of habitats, thus placing further pressure on endangered species.

Sadly, humanitarian concerns are intrinsic to the mined diamond industry, too. Hundreds of miners die every year due to unsafe working conditions, while many more die in wars financed by diamonds. DiCaprio introduced many of us to the concept of blood diamonds in 2006, and despite The Kimberley Process being put in place to prevent the flow of conflict diamonds and improve traceability, experts claim it’s barely worth the paper it’s written on. A 2018 report from Human Rights Watch, which investigated major jewellers, stated: “None of the companies can identify all of their diamonds’ individual mines of origin.” 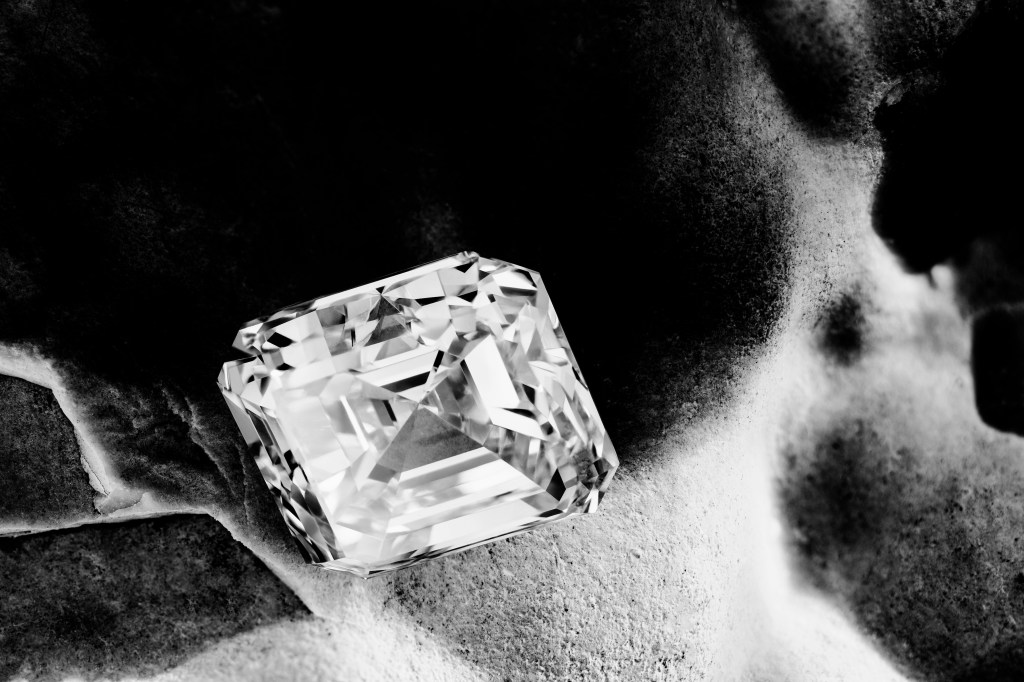 Spoiler alert: big brands are getting on board

So, here’s where it gets interesting. De Beers, which once had a monopoly over the sale of diamonds (and vowed for years that it would never sell stones created in laboratories), shocked the industry when it made a surprise announcement in May 2018, that it would be investing $94 million in a new diamond production facility near Portland, Oregon. According to De Beers’ chief executive Bruce Cleaver, the aim was to tap into a new market, while drastically driving down the price of lab-grown diamonds in order to force emerging independents into a different jewellery category. Lightbox is the name of De Beers’ ‘high street’ subsidiary, selling diamonds from around £150 per quarter carat, to around £580 for a full carat.

Meanwhile Dominion Diamond Mines (the world’s third largest diamond producer) CEO Patrick Evans’s own diamond laboratory is rumoured to be launching later this year, selling gem-quality stones for the luxury engagement sector, at 15 to 20 per cent less than their natural counterparts.

So, where do you stand? Yes, lab-grown diamonds definitely have a way to go before reaching old-school luxury echelons: but we’ll be keeping a magpie eye on them nevertheless.