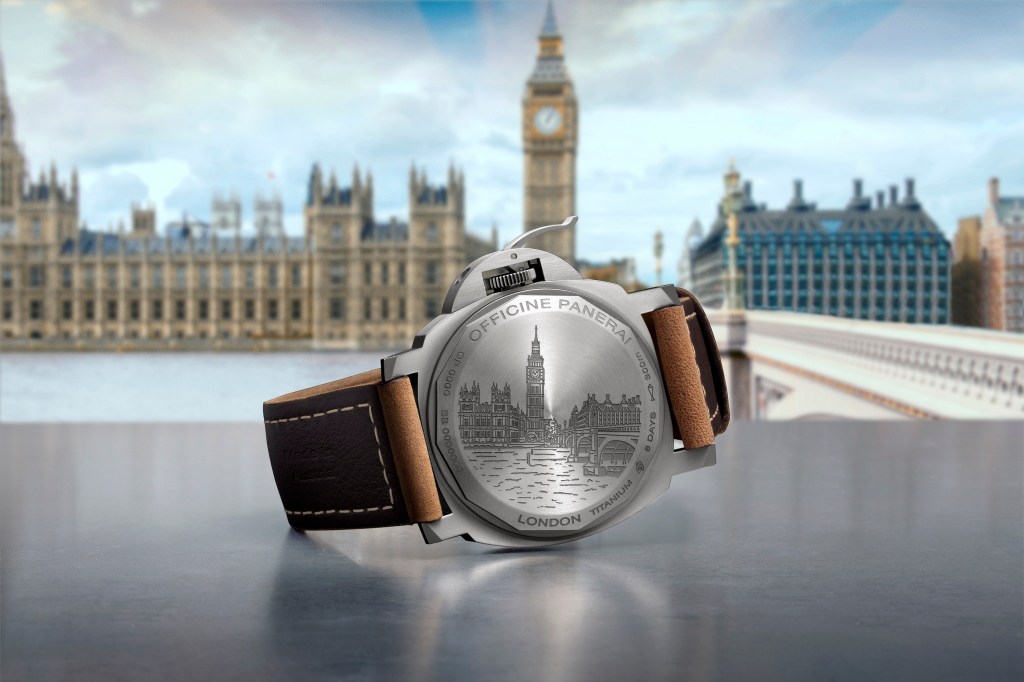 Last year, Panerai opened a boutique on New Bond Street. Now, the Italian brand’s affection for the British capital is asserted again with its first ever London Special Edition – a 44mm Luminor Marina 8 Days Titanio, exclusive to that city’s boutique and limited to a production run of 100 pieces.

In-the-know horological buffs will immediately note the trademark minimalism on a black dial which features beige Super-LumiNova, with the small seconds window placed at 9 o’clock. Inside, a P.5000, a hand-wound movement executed entirely by the Panerai production facility in Neuchâtel boasts a power reserve of wight days. 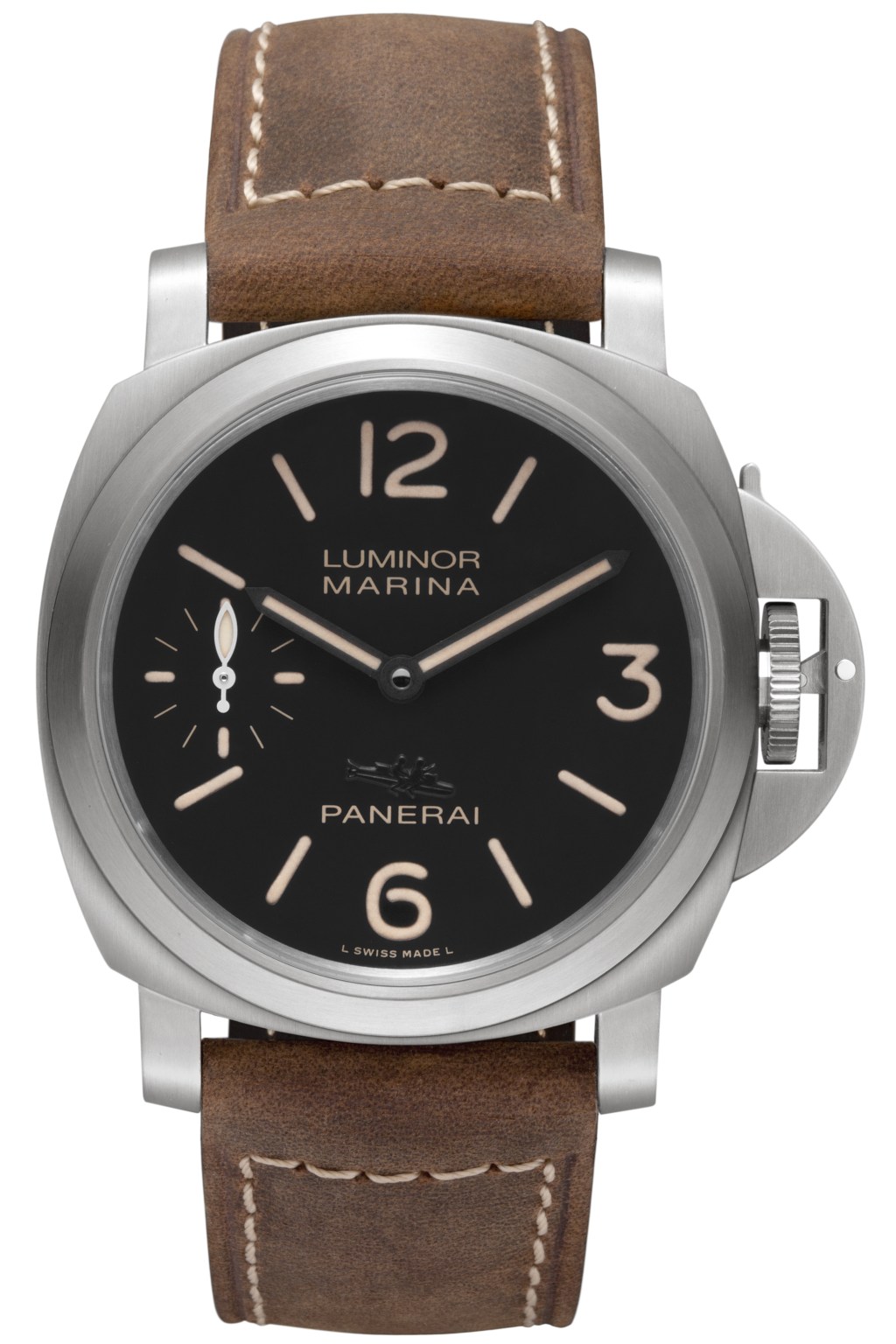 As well as the case-back engraving of The Houses of Parliament and Big Ben (sans the scaffolding  currently shrouding London’s most famous building, naturally), The London Special Edition comes with an Assolutamente dark brown strap. All in all it’s a capital gain inmore than one sense.

It’s going to prove a hit, and admirers of this unique iteration of what has, since its launch in 1993, become one of the most successful models in Panerai’s history need to act fast. 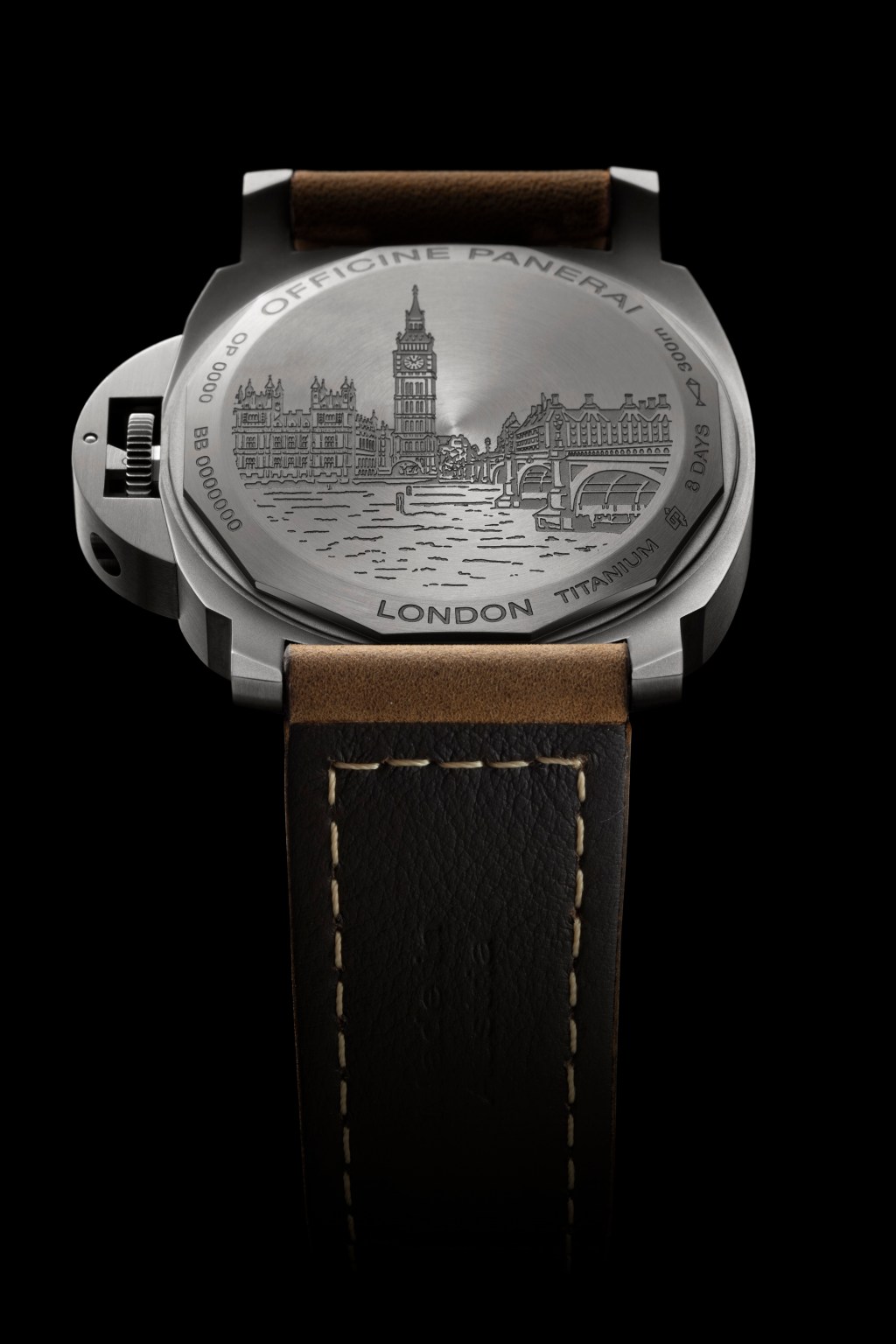