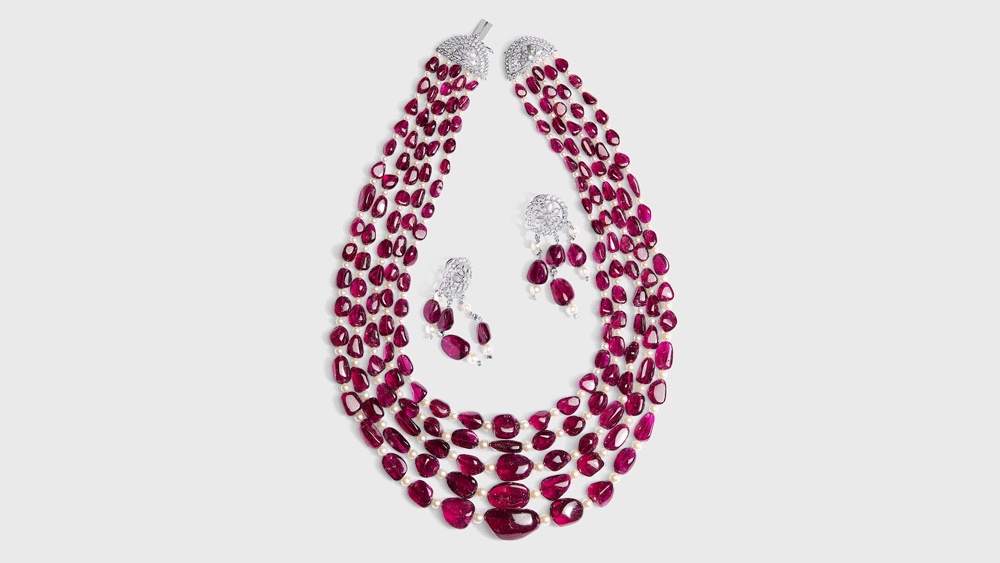 Among jewellery connoisseurs, the Kasliwal name is the Indian equivalent of Cartier. The multi-generational family that runs the famed Gem Palace in Jaipur has served as jeweler to the maharajah since 1852. The late Sanjay Kasliwal, one of the three brothers who make up the seventh generation, founded his own U.S.-based label in 2014. After he died in February 2018, his children, Shalini and Samir, picked up where he left off — literally.

This week, the brand announced its new high jewellery collection, Bloom, based on sketches Shalini and Samir discovered in their father’s office two years ago. Sanjay, a talented and prolific designer, was enchanted by the sights and sounds of his hometown, aka the Pink City, and channeled his fascination into colorful designs redolent of the Rajasthani capital’s ornate architecture and colourful flora and fauna.

Shalini, who is based in New York, worked with her brother Samir, who oversees the Gem Palace business in Jaipur, to bring the designs to life.

The 26 pieces that comprise the Bloom collection render the hues of Jaipur’s famed City Palace, the archways of its 16th century Amber Fort, and the silhouette of the Tecomella tree blooms that dot the region’s Thar Desert into a bejeweled line of rings, earrings, necklaces and a bracelet set with Mozambican rubies, Zambian emeralds, Sri Lankan sapphires and Tahitian pearls.

The range includes a number of statement necklaces, including the Udaya set, a quadruple strand of tanzanite and emerald beads with a pair of matching floral earrings, and the Harshika necklace, which “features over 1,000 carats of rubellites that are exquisitely strung with pearls, a technique that our skillful artisans have mastered,” says Shalini. “The different sizes and shapes of the stones create a fresh feel.”

Rife with cocktail rings and elegant gem-set drop earrings, the Bloom collection has an unmistakably modern aesthetic, yet subtle details, such as the arabesque curves of the Zaara rubellite earrings, lend the pieces a hint of Indian tradition that connects the jewels to a family history like no other.