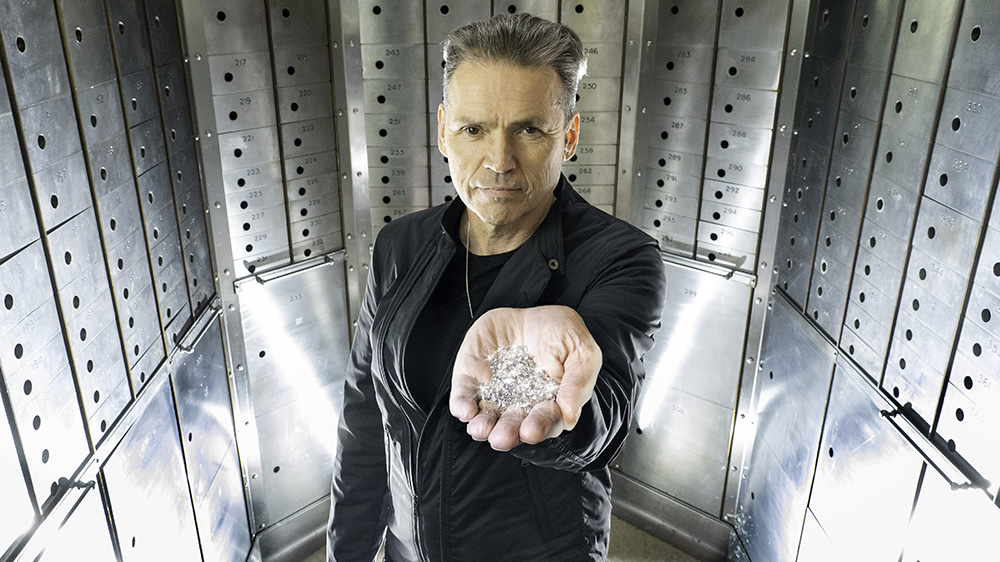 Dale Vince is quite literally aiming for the sky with his latest venture. The British businessman says he’s devised a way to suck carbon from the clouds above and turn it into the world’s most coveted stones.

“We’re mining the sky to make the rarest diamonds in the world, and the only ones to be truly sustainable,” Vince told Robb Report.

The self-confessed eco-warrior, who received an OBE from the Queen for services to the environment in 2004, said he came up with the idea for SkyDiamond while thinking about how to remove CO2 from the atmosphere on a planetary scale and turn it into something timeless and beautiful.

The 59-year-old, who also helms green energy provider Ecotricity, says the lab-grown gems will be the world’s first “zero-impact diamonds.” They will also be carbon negative and actually make the air cleaner, according to Vince.

“Making diamonds from nothing more than the sky, from the air we breathe is a magical, evocative idea—it’s modern alchemy,” he adds. 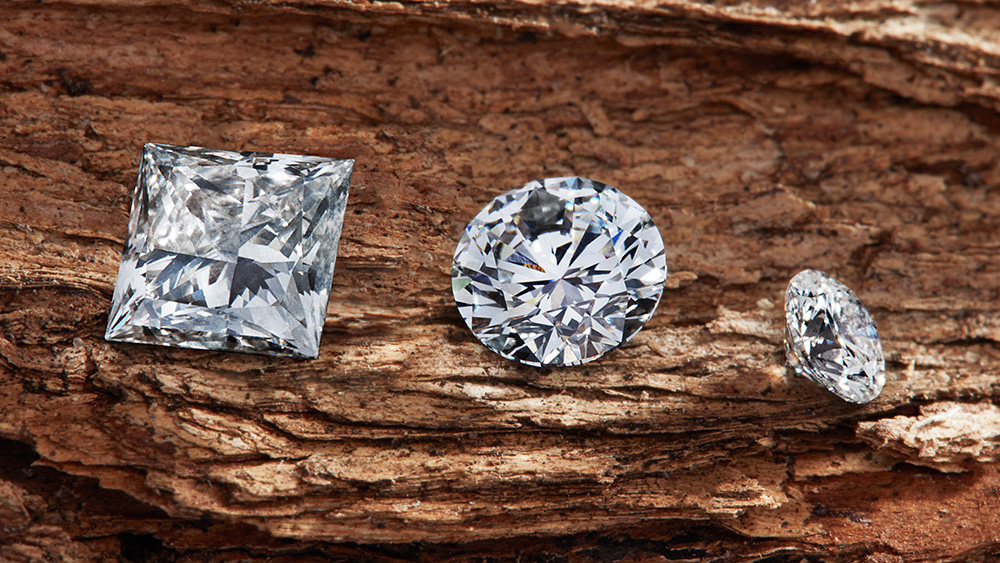 The process of turning air into diamonds took more than five years to perfect, according to Vince, and is carried at a special “sky mining facility” in Stroud. First, carbon dioxide is extracted from the atmosphere as a gas, then liquified and purified. Next, water is split using hydrolysis to make oxygen and hydrogen. The CO2 and the hydrogen are combined to make methane and fed into a diamond mill. The diamonds are grown in balls of plasma running at temperatures of about 14,432 degrees Fahrenheit (that’s hotter than the surface of the sun). They will then be sent to artisan diamond cutters in Antwerp, Belgium, to be shaped into exclusive SkyDiamond cuts.

Of course, synthetic diamonds are nothing new—and the market for them is now a robust £210 million business, a factor not likely lost on a savvy entrepreneur like Vince. Since the 1940s, scientists have been churning out lab-grown stones as a cheaper, ethical and more eco-friendly alternative to traditionally mined diamonds. These gems are typically created by either high-temperature high-pressure (HPHT) methods or via the chemical vapour deposition (CVD) process. It’s the latter which Vince has adopted, adding a few of his own secretive (and patented) steps.

What sets SkyDiamond apart, however, is the company’s holistic approach to sustainability. Whereas lab-grown diamonds are often mass-produced using dirty energy and fossil fuels, Vince’s SkyDiamonds are made using 100 percent renewable energy harnessed from the wind and sun. The water used is captured rain and the carbon is, of course, extracted from the atmosphere. 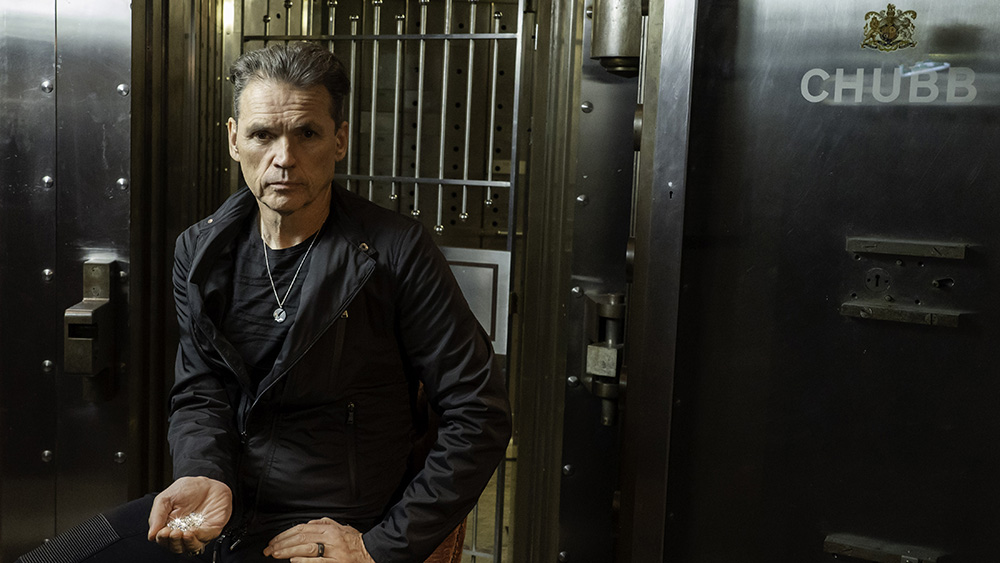 That process is a striking contrast with traditional diamond extraction methods. A recent White Paper by researchers at Imperial College London highlighted the devastating impact conventional mining practices can have on the environment. In fact, producing a one-carat stone can involve shifting 1,100 tons of rock and earth, 1,028 gallons of water and more than 238 pounds of carbon dioxide emissions. Beyond that, exploitative labor practices in the industry have caused bloody conflicts. Despite all this, roughly 142 million carats of diamonds were produced from mines worldwide last year.

Vince also says his stones are “optically, physically and chemically identical” to mined diamonds. To the untrained eye, perhaps. Wuyi Wang, the vice president of research and development at the Gemological Institute of America (GIA), told Robb Report that lab-grown diamonds have essentially the same properties but they are not identical.

“Due to the very different conditions under which they form, it is possible to definitively differentiate natural diamonds from those created in a laboratory by the CVD or HPHT methods.”

Wang says consumers should always request a grading report to confirm the quality of their diamond purchase. GIA is one of the industry’s most trusted gemological grading laboratories. Its gold-standard reports are recognised for their strict grading standards and proven consistency.

“A report like GIA’s will give you a scientific and impartial assessment of the diamond’s quality,” he adds. 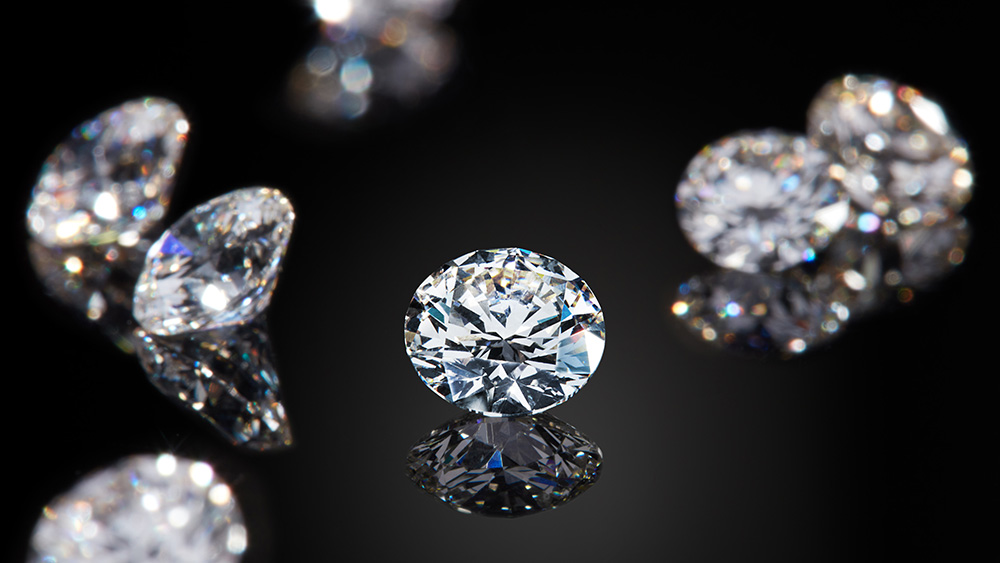 As for SkyDiamond’s stones, they will come in an array of sizes and be graded for quality using the standard 4Cs (Clarity, Colour, Cut, and Carat Weight). Vince says diamonds one carat or larger will come complete with certification from the International Gemological Institute.

As for rarity, that all depends on the quantity of SkyDiamond stones produced—that old supply and demand chestnut—though Vince says they will be “strictly limited.” Each diamond will also bear a laser-etched watermark so you can distinguish it from the rest of the rocks on the market. The final price point for the stones has yet to be disclosed.

Wang says lab-grown diamonds have a legitimate place in the market, though they are increasingly available in “commercial qualities and quantities.” Indeed, synthetic stones can take a matter of days to produce while natural diamonds take millions and millions of years to form. That potential for scale could eventually disrupt a market predicated on rarity.

For now at least, things appear to be heading in a decidedly high-end direction. The entrepreneur told Robb Report the diamonds will hit the market early next year as a part of an exclusive jewellery collaboration. If Vince is right, they will have an impact all their own.