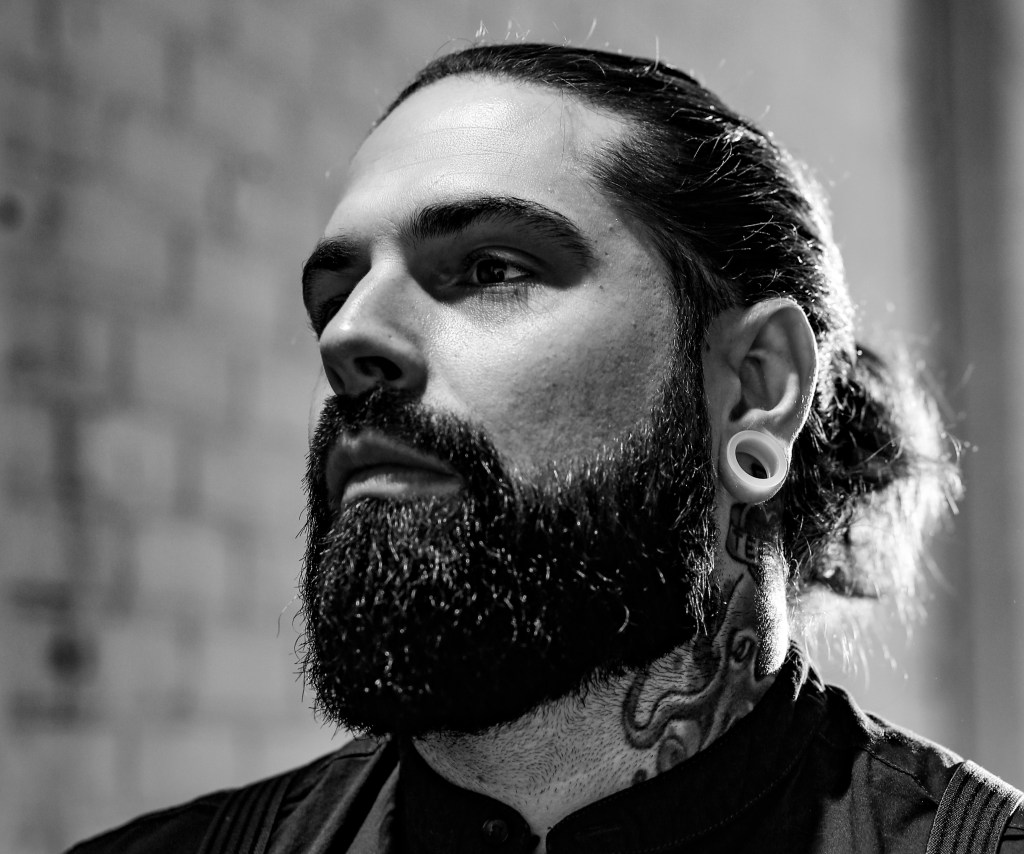 Back in 2014, a friend’s tragic suicide sparked an epiphany in Torquay-based barber Tom Chapman: “People in the hair industry,” he mused, “listen to customers for nearly 2,000 hours a year – what if these conversations, in a non-clinical environment, could address the fact that suicide is the leading cause of death for men under 50?”

Launched on World Suicide Prevention Day in September 2015, The Lions Barber Collective (https://www.thelionsbarbercollective.com/) has since grown into a pioneering mental health charity that trains barbers all over the world in how to recognise symptoms of poor mental health in clients.

Here, with the nation’s barbers set to open their doors and with experts warning of ‘post pandemic stress disorder’, Chapman tells Robb Report about a mission which has already accomplished so much – yet has only just begun…

Three-quarters of those who commit suicide in the UK are male – is that why Lions Barber Collective focussed on men?
Men have been trained not to talk about serious stuff. American professor Brené Brown, who’s done a few TED talks, did a study on shame, and found that when guys suffer from it, it tends to come back to being seen as weak. We’ve been conditioned to think that struggling mentally is weak – “Get up and get on with it, man up, stiff upper lip” and so on. We’ve never had that emotional life training. Women have it expected of them to find out about each other – we come out of the pub knowing who won the FA Cup in 1975, but nothing about each other’s lives.

Is it true there’s a running joke in your industry – that hairdressers are ‘poor man’s therapists’?
Yes. There’s nowhere more accessible than a hairdressers. Every town’s got several and everybody uses them – even bald people sometimes go for a shave. You can choose to pay £5 or £500 for a haircut. More importantly, there’s no stigma about going into a barber’s or a hairdresser’s, whereas people get extremely anxious about seeing a psychiatrist. Are they going to diagnose me with something? Are they going to prescribe me something? Am I going to get labelled? Even, am I going to be able to keep my kids, go to work and so on. A barber is going to do none of this, and I can walk away and leave it there.

Does being a relative stranger – even with regular customers – make you more approachable?
Definitely. We’re trusted. We have intimacy with people. We touch their hair and necks – with sharp objects. Think how many people in life run their fingers through your hair? It isn’t many. There are people I’ve known for 20 years who I’ve only ever seen sitting in a chair at a distance. And then there’s confidence – if you tell your mate Phil something, he might tell Dave, and Dave might tell so-and-so, and so on. Guys sat in the chair with us feel comfortable, and feel they can tell us stuff. Human contact and trust is a huge part of it. People telling you “I’m suicidal” is the very end crisis point of the whole process: it can be early stage things like “Work’s really getting me down” or “I’m really struggling financially”, or “My kids are doing my head in”. It can be anything. It’s about having a place to vent – which we don’t really have elsewhere because men tend to go into a defence mode with their close friends, and that stops us asking the right questions. Look how the phrase “Alright mate?” has become just a greeting rather than an attempt to find out how a friend is feeling? Conversation between men is often more of a ritual than an actual conversation.

Should we see mental health more like we see physical health – something it’s pretty normal to work on regularly?
I read an article recently about the Boston Marathon, and how viewpoints of physical health have changed in the last 50 years. In the 70s they had about 1,000 people run it, if that, and hardly any of them finished it. That’s because back then it was believed that only certain people could run a marathon – you had to have the genetics for it. Thirty years later tens of thousands of people run it and 90-odd percent of them finish it. And it’s because we now know that if you eat well, train well, anyone will be able to complete it. We need to make the same leap with mental health.

When people think of mental health they think of terms like “depression”, or “bi-polar” or “anxiety/personality disorders”, but we should be thinking about it more like we do physical health. No one would ever think physical health is just cancer, multiple sclerosis and broken legs.

Is the vocabulary around mental health a problem?
People use words like ‘crazy’ or ‘mental’ as casual, negative slang. Even words like ‘bipolar’ are thrown around. The reality, and part of the human condition, is that we all suffer blows to our mental well-being. We all experience disappointment .We all have good days and bad days. So what we need to do is think of it in terms of mental fitness, as we do with physical fitness. Physically, if you don’t look after yourself you can expect side effects – it’s exactly the same with mental fitness. What we do at Lions Barber Collective is give people the knowledge to create their own mental fitness regimes. 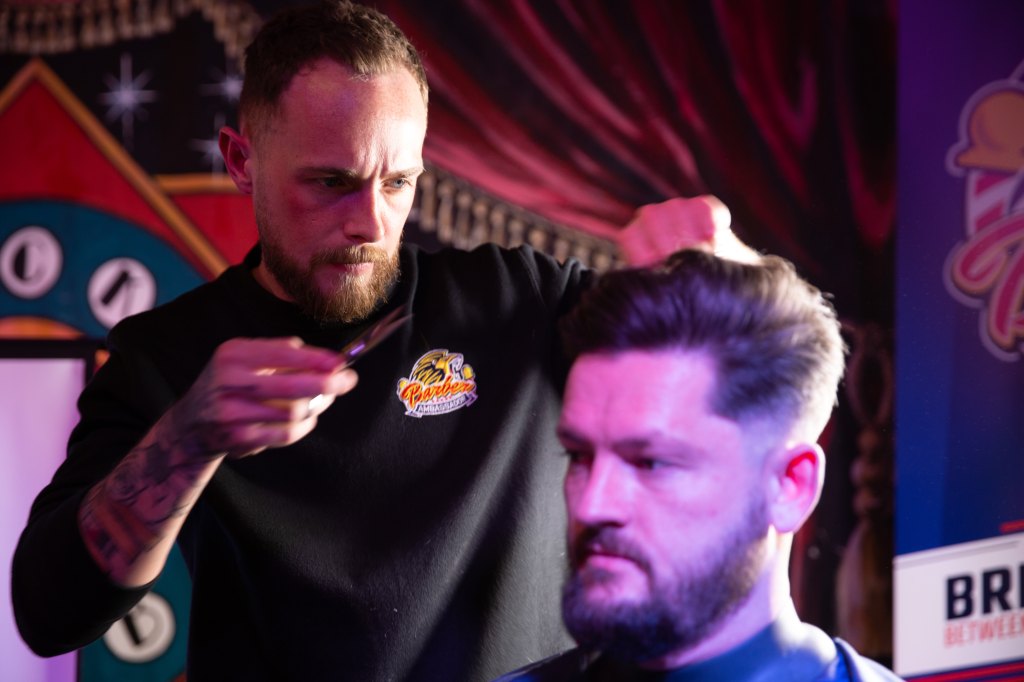 What does BarberTalk – your bespoke training programme – teach participants?
How to spot signs that clients might be struggling, which involves a lot of facilitation; how to ask the kind of questions that are normally avoided; useful phrasing such as, when a customer says “I just can’t go on like this”, replying “Do you have a plan, are you think of taking your own life” and so on.

It’s about saying things that give people the green light to talk about things. And normalising those kind of questions. We teach students how to listen actively, with empathy, without judgement and without butting in. Taking on board their problems without trying to solve them. If you do this, a lot of the time people realise they’ve solved their own problems just by talking about them. A good question to ask is, “What would you tell a friend to do in this situation?” You can coax people to form their own good solutions.

The final pillar surrounds the idea of ‘Help to Help’. We’re not there to be therapists or counsellors or doctors – we’re there to listen and then pass people on to the resources that are available. So we teach people about signposting and how to keep a directory of what’s available, at hand, in your area.

What other organisations do you work with?
There are guys like hubofhope.co.uk. You can put in your postcode and get a list of what resources are close to you, and it can be topic specific – from gambling to domestic violence and so on. The people who take part in our courses, after all, are not there to hold the ball or to fix the problems in question. They’re there to help customers find their own solutions or advise them of local resources which will help them to do that. 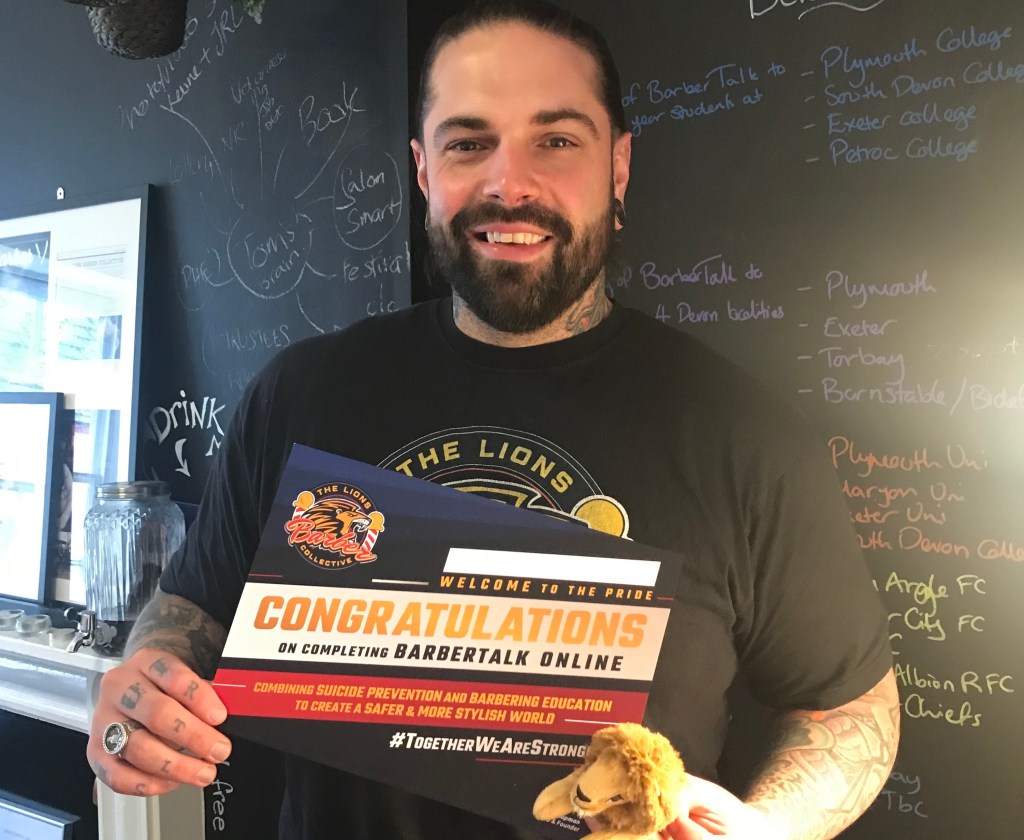 Does your massive work load – you’re running this, you still cut hair, you’re a global barber director for a hair cosmetic company – give you mental fitness issues?
Since starting with the charity I’ve had peaks and troughs more than ever before. One day you’re meeting Prince William, the next day a funding application doesn’t come through and you think: “I don’t know if I can do this anymore.” One day you get a publishing offer, the next day someone in the industry kills themselves. It’s so up and down all the time.

But the charity has become a huge sense of purpose for me. We’re already saving lives but our ultimate goal is to get the entire hairdressing industry trained – this stuff should be in the hairdresser training curriculum. We learn about headlice, psoriasis – why, as well as looking at close-up photos of horrible skin diseases, aren’t we learning about mental health? I’ve witnessed problems with it far more than I have headlice and psoriasis.

What’s next?
With the online version of Barbertalk, we’ve had people taking part in Kenya, America, Canada, Sydney. We’re also planning physical Lions Barber shops, and have also just launched a Barbertalk App – which is a safe space for the industry to talk and offload. If we’re encouraging people to talk more openly to their barbers, then who do those barbers talk more openly to? After all, therapists have their own therapists. It’s also got mindfulness tips which are bespoke for the hairdressing industry, plus meditation and sleep aids.