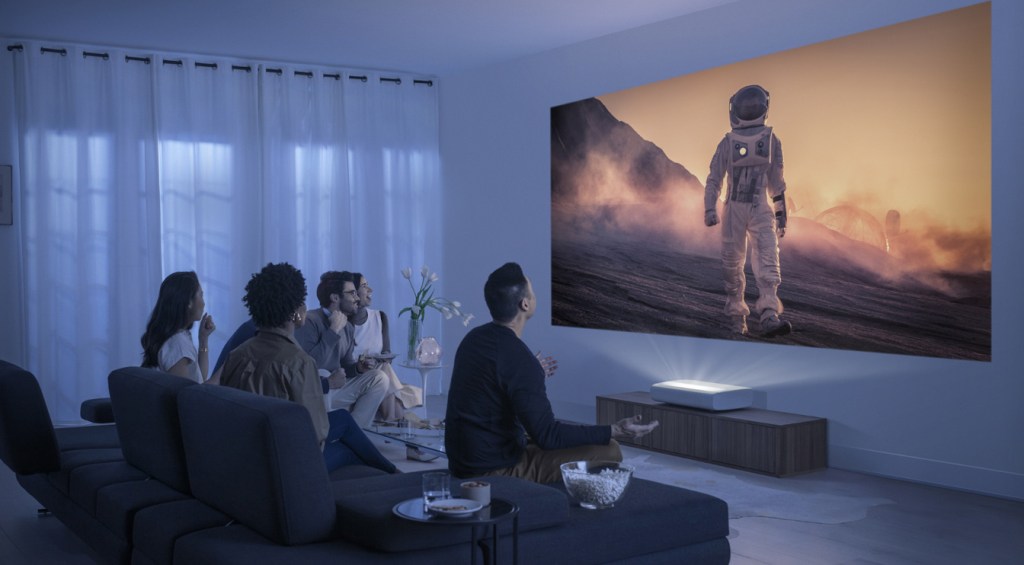 The genius of an ultra-short throw projector is that it allows you to turn any room in your house into a movie theatre with a minimum of fuss. Of course, the screen in your personal cinema usually can’t compete with the real deal—that is, unless you’re using Samsung’s latest projector, which is capable of producing a crystal-clear 130-inch image.

On Wednesday, the South Korean electronics giant announced the upcoming release of the Premiere LSP9T, a compact 4K laser projector the company claims will upgrade your home theater setup like nothing else before. While it’s far from the only ultra-short throw device to hit the market in recent months, its 130-inch projection and the fact that it’s the first projector to offer HDR10+ support separate it from the pack.

Thanks to the LSP9T’s triple laser tech and HDR10+ support, the projector is able to produce a canvas-size image that is ultra-crisp. In fact, Samsung promises that the device will adjust brightness (which can reach up to 2,800 ANSI lumens) from scene to scene to lower visual distortion. Helping with this is the device’s UHD Filmmaker Mode, another first for a projector, which does away with any motion smoothing effects to ensure you are watching exactly what the director and cinematographer intended. 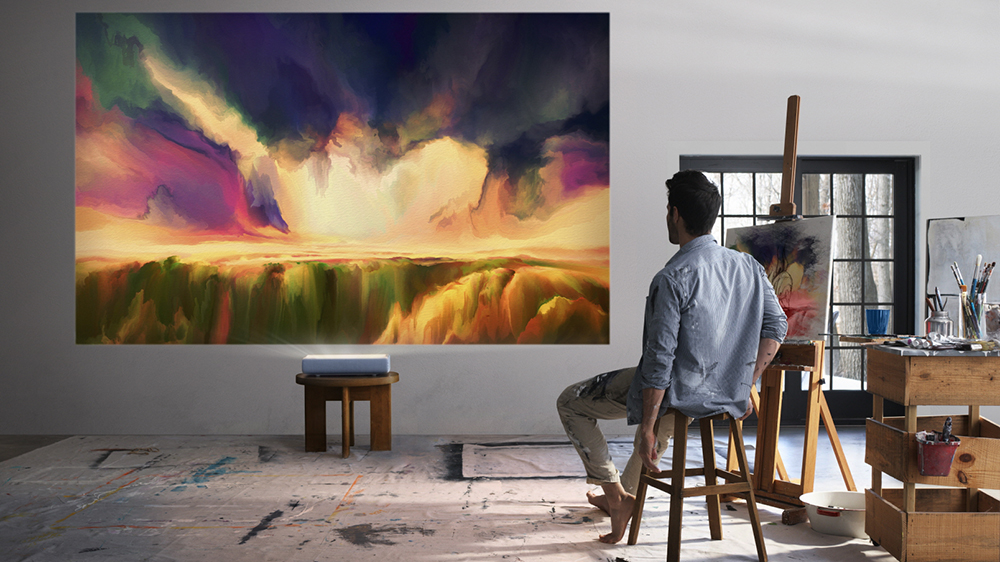 Of course, like other projectors in its class, one of the most appealing aspects of the LSP9T is how easy it is to use even if you don’t have much room to spare. Unlike traditional projectors, which have to be placed on a specially designed rig or mounted to the ceiling, you simply place this device at the base of the wall you intend to use as your screen. You don’t even need to connect it to anything other than a power source, since it has built-in Acoustic Beam surround sound and Samsung’s smart TV platform, which works with any streaming service you already subscribe to.

Samsung has yet to announce pricing or a release date for the Premiere LSP9T, but did say it expects the projector to hit stores before the end of the year. And if 130 inches seems like overkill to you, the upcoming LSP7T might offer a slightly more understated option, since it only produces a 120-inch projection, though it does lack HDR10+ support.