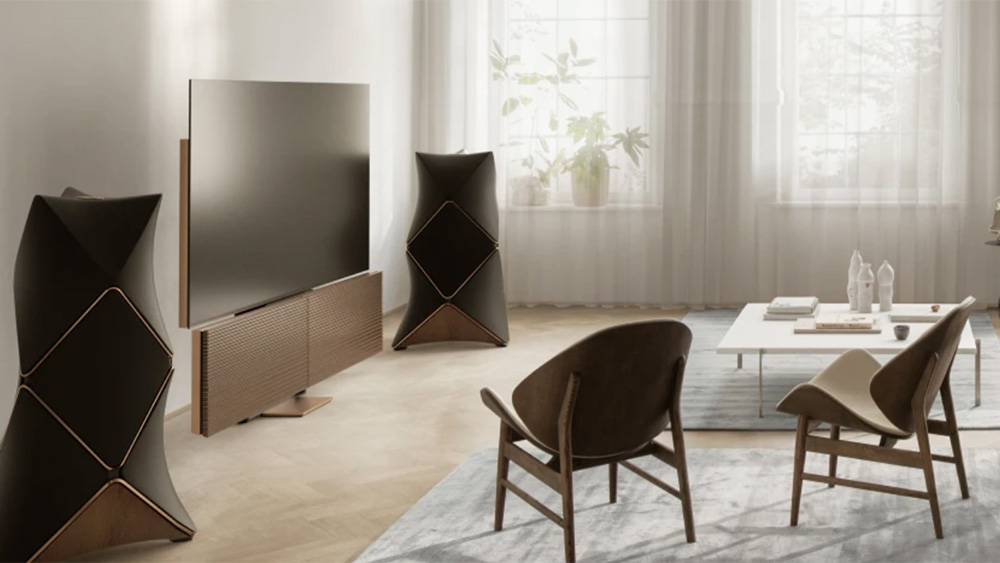 Bang & Olufsen has built its reputation upon an elegant mixture of style and substance. But the Danish electronics company is taking this approach to a new level with a striking new television that happens to feature the world’s first 8K OLED display.

The brand announced that it will add an 88-inch 8K OLED TV to its sleek Beovision Harmony lineup, joining the earlier 65- and 77-inch models. The set’s gargantuan display comes courtesy of LG Electronics, and is easily the largest produced by the South Korean-based company.

If it’s hard to picture just how big 88 inches is, think of it like this: B&O’s latest TV stretches more than six and a half feet across. But that massive display area doesn’t come at the cost of image clarity. Its 8K OLED panel promises to produce a picture that is four times clearer than current industry-standard 4K displays, and 16 times clearer than HDTV. The new Beovision Harmony also comes packed with artificial intelligence-enabled features that will adjust settings to maximise your viewing experience, whether you are watching a frenetic sporting event or an arthouse film.

Audiophiles aren’t left out of the equation either. The TV also comes with three-channel sound system and built-in sub-woofer. While that will be more than enough for most viewers, those who want even more of a home theater experience will be able to connect the set to up to eight of the brand’s Beolab speakers for true 7.1 surround sound. The TV and sound system are also compatible with the company’s futuristic Beoremote One.

But while the Beovision Harmony may be a true technological marvel, it’s also—in trademark B&O fashion—beautiful to look at even when it’s off. Inspired by the look of midcentury entertainment cabinets, the TV can be customised with one of four façade options—natural oakwood, charcoal fabric, smoked oat or walnut. These façade panels fan out when you turn the TV on and fold up when it is not in use.

A TV this striking and this technologically advanced comes at a cost, of course. The 88-inch Beovision Harmony will set you back £39,000. It will be available for order on its website and at its stores by the end of next month. If you prefer a smaller display size, the 65-inch model costs under £13,000, while the 77-inch is available for around £16,000. Neither of those feature an 8K panel, though.