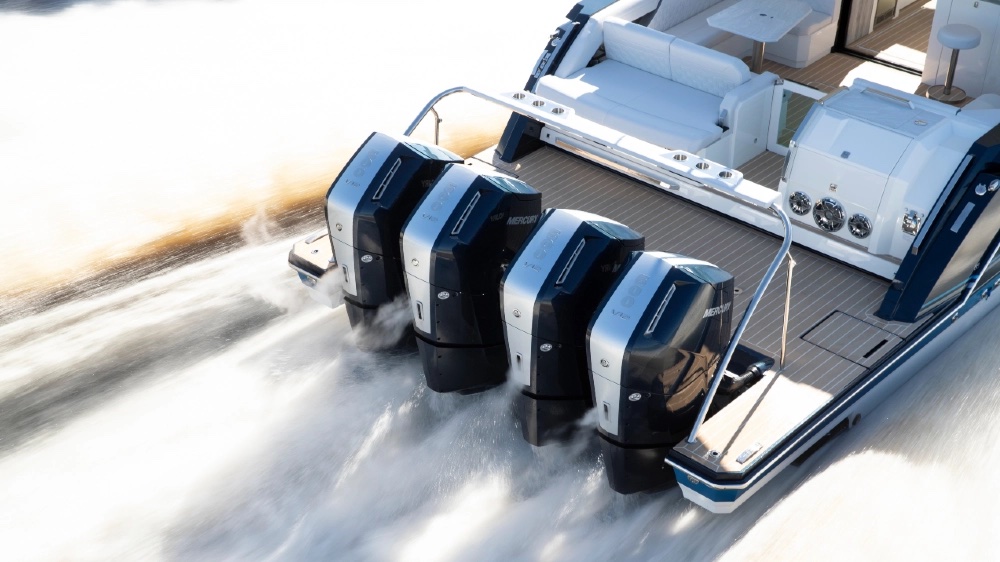 Mercury Marine’s new 600 hp V-12 Verado, launched on Tuesday from its famed Lake X research facility in Florida, promises to rewrite boat design for leading US yacht brands. For a half-dozen new models at Lake X, it already has. “Some of the builders are designing their boats essentially for this engine,” David Foulkes, CEO of Brunswick Corp., Mercury’s parent, told Robb Report while showing off the new outboard line.

Foulkes, who had been Mercury Marine’s head of product development when the new Verado project started five years ago, says the world’s largest outboard in production will be a game-changer. “It’s not just another outboard,” he says. “It’s completely different, with many unique features.”

Outboards have become the go-to choice for many American boaters over the last decade, who have moved away from sterndrive engines. It’s understandable considering the new generation of outboards’ stronger performance, lower emissions and quieter operation. In the last decade, maximum horsepower size has gone up dramatically, from about 250 horses to Mercury’s whopping 600. That growth has paralleled ever-larger centre console boats and cruisers. 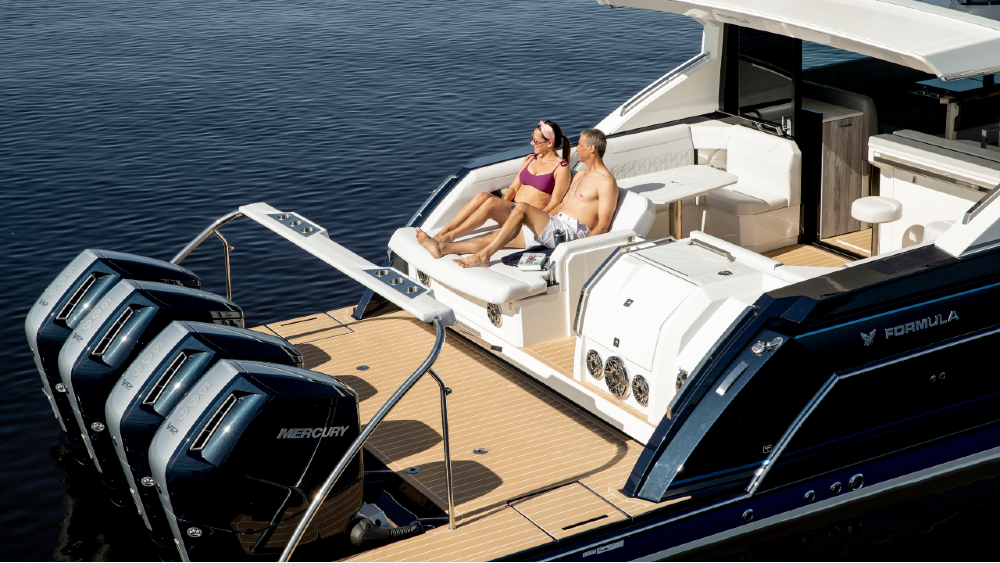 The technology behind the new outboards allowed the builders to extend the rear swim platform so owners can enjoy the extra space. Courtesy Mercury Marine

At the Lake X event, it was clear that brands like Sea Ray, Boston Whaler, Scout, Tiara, Formula and Valhalla were planning to use the new engines on their new models. Formula’s 500 SSC and the Tiara 48 LS were both shown for the first time at the event with the Verados on the transom.

The technical features of the new Verados promise to differentiate them from other outboards on the market. First, it’s the world’s first V-12 outboard, with impressive torque to get heavy boats up and on plane quickly, and then be able to accelerate to an impressive top end. The new Formula Robb Report tested reached a top end of 70 mph, while the Valhalla sped past 75 mph. The new Verado also has an industry-first, two-speed automatic transmission that optimises the engine’s workload and makes the shift from first to second gears almost imperceptible. 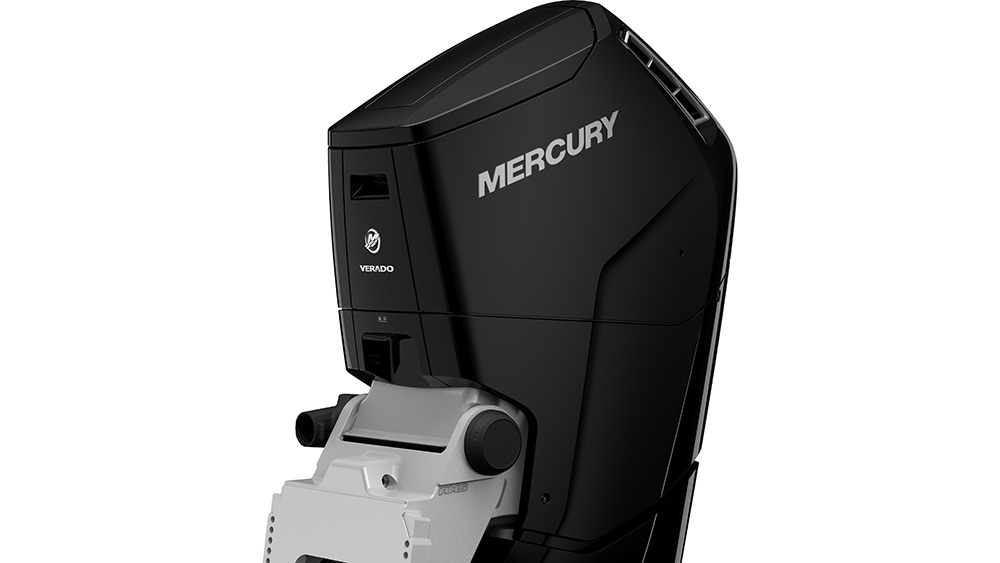 The external shape is more delicate than previous Verado series. “We like to think the profile has a more luxe look that is less fighter jet and more corporate jet,” says an executive. Courtesy Mercury Marine

The gearcase is also a first, arguably its most striking feature. During turns, instead of the entire outboard pivoting, only the lower unit turns, while the powerhead in the upper section remains in a fixed position. Foulkes says this arrangement has several benefits. “When you’re using a joystick to manoeuvre, this handles turns much more smoothly,” says Foulkes. “It also allowed us to build the swim platforms much tighter into the engines for extra space. That allows the owners to move around more freely at the stern.”

The new boat/engine configurations also had automatic trim to adjust the boat’s trim through the speed curve. The controller also has a display integrated into the controller, and the controls provide a more intuitive feeling for navigation.

Like all the Verados over the last 22 years, there is a family look to the latest generation. “We employed the typical design DNA for the new 600s,” says Foulkes, noting this has a different look. “We made it a little softer, more luxe vs. the older aggressive look. We like to think of it as less fighter jet and more corporate jet.”