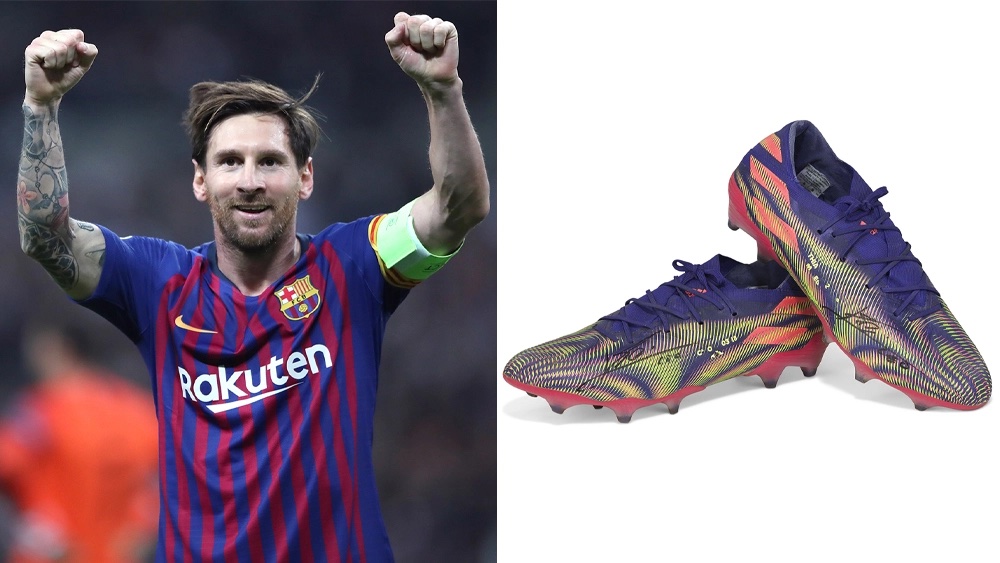 The football boots that helped Lionel Messi make sporting history are poised to reach six figures at auction this month.

The boots in question are the exact pair that the man widely considered the best player on the planet wore when he scored his 644th goal for FC Barcelona in the 65th minute of a league match against Real Valladolid last December. In doing so, the Argentinian icon shattered a record that had stood for 46 years and became the player to score the most goals for a single club. The previous record, which many had thought unbreakable, was held by Pelé, who scored 643 goals for Santos FC.

The prized boots, Adidas Nemeziz Messi 19.1s, have been signed by La Pulga (Spanish for ‘The Flea’), himself. They’re also monogrammed with Messi’s wife’s name (Antonela Roccuzzo) and son’s names (Thiago, Mateo and Ciro). Some of the individual letters have peeled off due to all that goal-scoring, which only adds to the sense of authenticity. 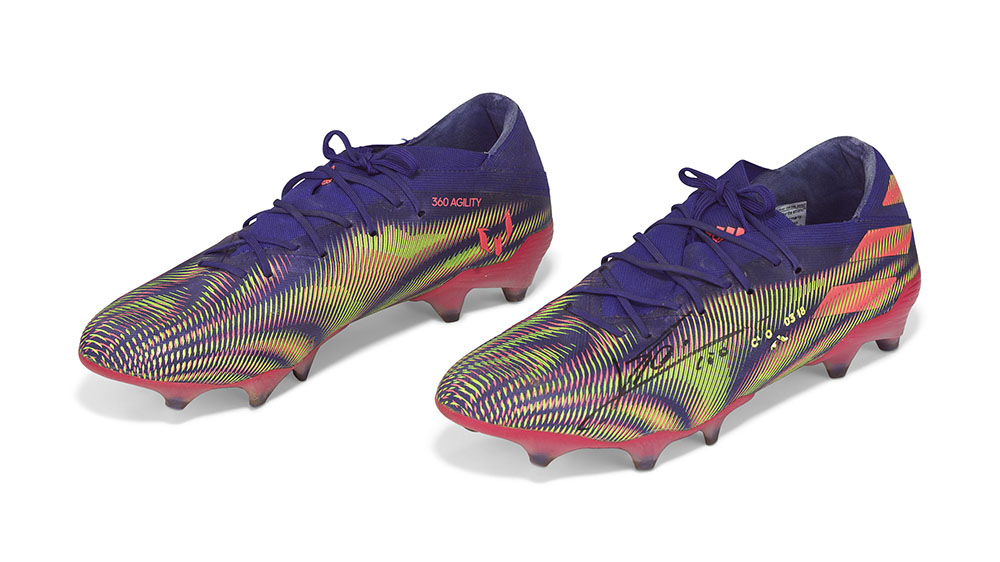 The boots will go under the gavel at Christie’s online charity auction, running from April 19 through 30. Naturally, they are expected to fetch a pretty penny and have a high estimate of £70,0000. Proceeds from the sale will go to Vall d’Hebron University Hospital in Barcelona to support its Arts and Health project for ill children.

“Achieving the record of 644 goals for the same club made me very happy, but the most important thing is being able to give something back to all the kids fighting for their health,” Messi said in a statement. “We hope this auction serves to really raise awareness about this great initiative, and I would like to thank all for supporting a cause so important to me.” 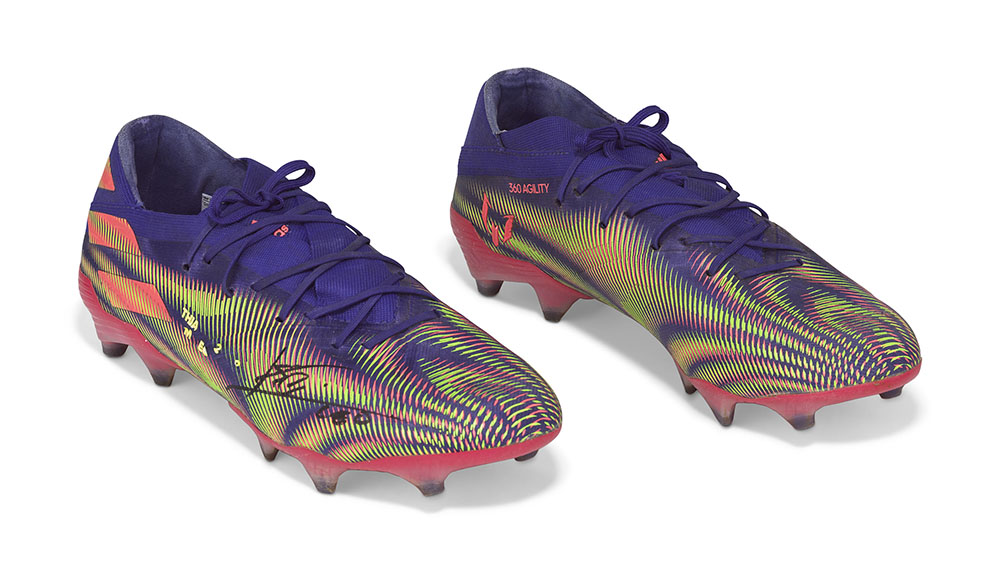 Messi is widely regarded as one of the greatest soccer players of all time, and these cleats represent a defining moment in his career. They’re also being offered at a time when interest in sports memorabilia is soaring, which means they could very well eclipse the initial estimate. 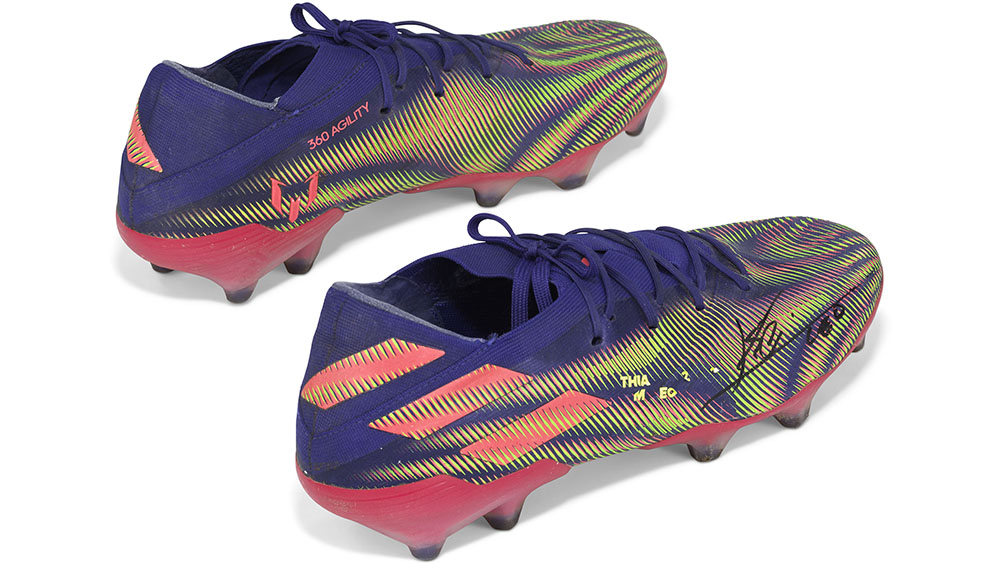 The prized boots were worn by Messi when he scored his 644th goal for FC Barcelona. Leipnitz Jnr/Christie’s

Collectors and football nuts: consider this your official warning.