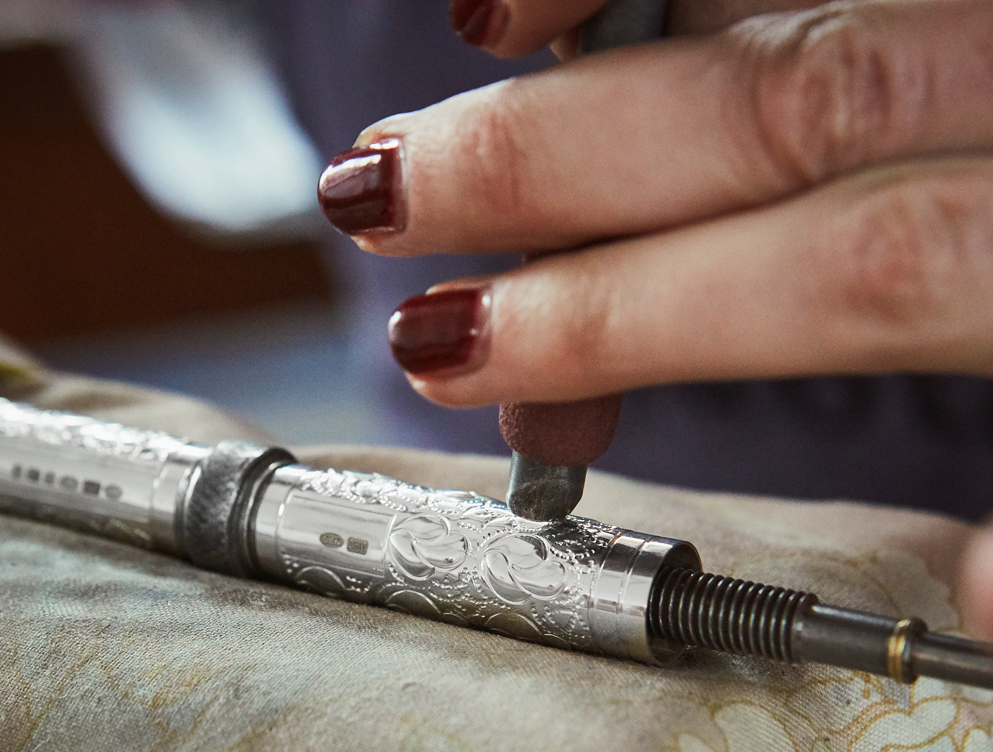 Here are some statistics that will comfort nostalgists in denial about our digital-first age. According to a recent Crafts Council report, last year, British consumers bought 25 million hand-crafted objects, a figure made more intriguing by the fact that 32 per cent of those objects were purchased by people under the age of 35, making them the country’s largest buyers of wicker baskets, pottery and kitchen tables made of upcycled railway sleepers.

The numbers tally with anecdotal evidence that the craft renaissance is alive and well, fuelled no doubt by digital fatigue and a renewed appreciation of lasting quality, but also by a growing sense that we should be buying stuff made by hands we can see rather than by far-flung factories whose practices we can’t. 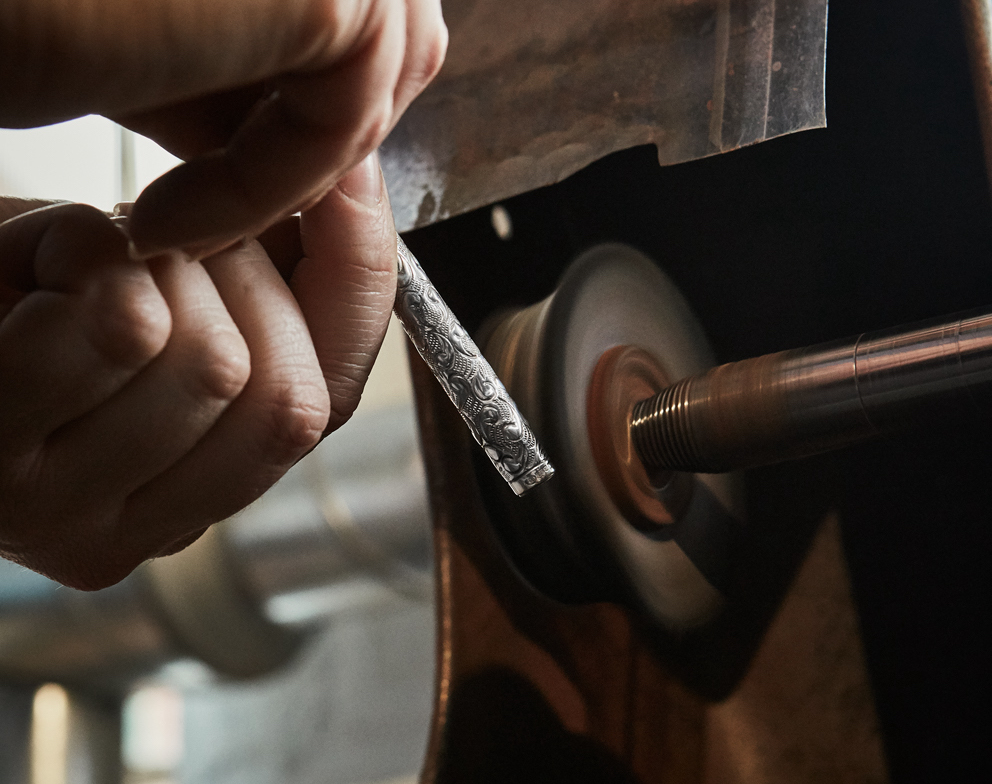 This will be good news to Yard-O-Led, a British company that has been hand-crafting sterling silver pens and pencils since the 1930s. Established in London and named after the yard of lead that could be stored inside the propelling pencil patented by its German founder Ludwig Brenner, it’s now based in Birmingham’s resurgent Victorian Jewellery Quarter.

Last year, the company was taken over by its current director, Emma Field, who bought her majority stake from her father Robin, best known for reviving Filofax in the 1990s after its yuppy heyday. Field has big ambitions for her acquisition. Her three-year plan is to double turnover, currently a modest £500,000, gathered against annual sales of around 3,000 units. 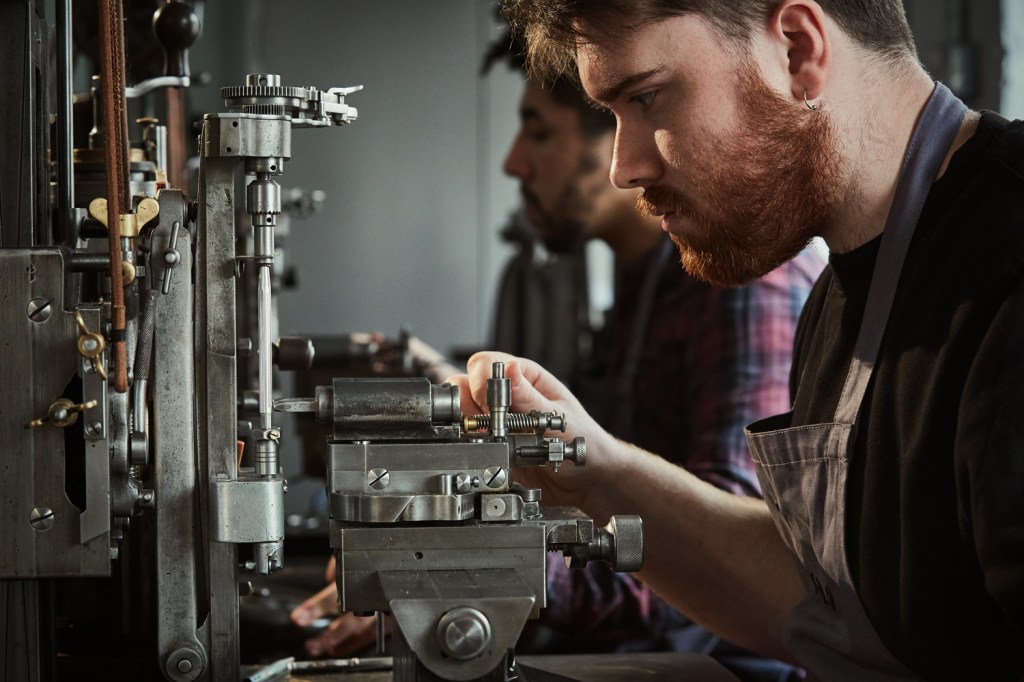 To get there, she will need Yard-O-Led’s new bespoke service, to fly. The idea behind it is that clients will take a piece from the company’s catalogue and then contribute their own patterns, family crests, insignias, warrants, initials, important dates and so on to the design, all of which will be added manually by Yard-O-Led’s dexterous craftspeople. In theory, the world is your oyster, so long as it fits on a hand-held writing instrument.

Stepping into Yard-O-Led’s workshop for a birds-eye view of such things on the workbench, I’m hit by the familiar oil-and-toil scent of a metal workshop. The first-floor site, accessed by an external metal staircase that spears into one end of a weathered, magnificently austere red-brick building, is a warren of pocket-sized studios, each characterised by white-washed walls punctured by the sort of Crittall-style cast-iron windows Instagramming interior designers go crazy for.

I’m met by a bright-eyed Field and her cheerful workshop manager Alex, who after six years at Yard-O-Led is still one of the new boys. Just 10 people work on site. One or two, like the ginger-bearded hand-chaser Joe, are recently qualified; others, like the polisher Bernie, are closing in on the end of long careers working with their hands. 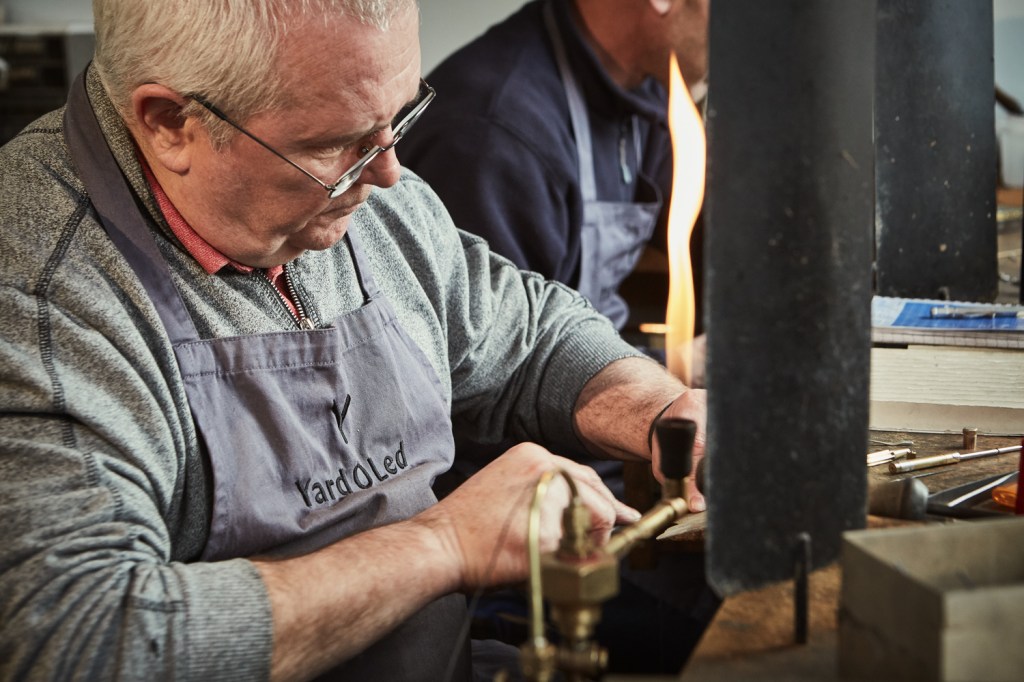 Today, the form appears to be that I must try my untrained hand at some of the generations-old disciplines exercised under this roof. Little aids understanding of someone else’s skills quite like failing spectacularly to grasp them yourself.

First up is engine-turning, the process of decorating an object with a recurring pattern. Made in the 1930s, and cast in solid steel, this particular engine-turning machine is, I’m assured, one of the oldest of its kind anywhere in the world. Ginger-bearded Joe shows me the ropes. He says it takes eight months of training before you’re left on your own, and yet here am I, a cack-handed first-timer, presented with a live pen barrel and encouraged to give it a go.

The machine bursts into life as I mimic Joe in turning one of its wheels. Its meaty, mechanical clicks are abrupt camouflage for the delicate repeating weave pattern it batters into the barrel. There’s something deeply intimidating about working with it, its hefty exposed skeleton like some sort of prehistoric cyborg, and I suspect that a moment’s disrespect could end in the demise of a digit. Indeed, Alex is the proud owner of a finger that no longer bends properly, following a mishap some years back. 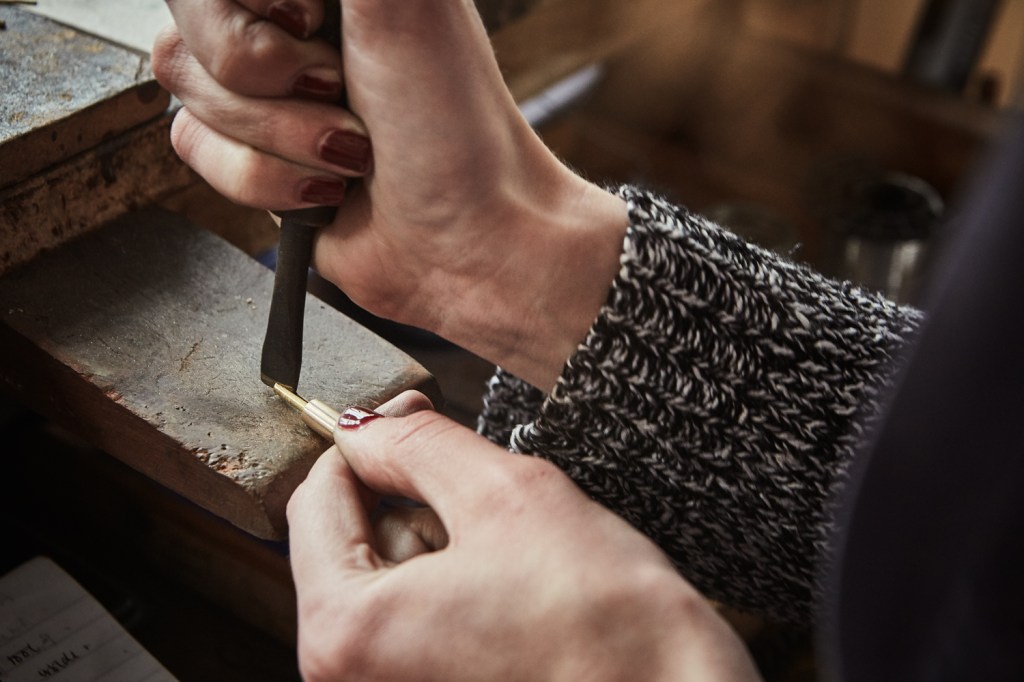 My audience nods approvingly and assures me my efforts aren’t at all bad, a generous appraisal no doubt, and there’s no licence given to continue. Each barrel will take 5,000 hits before it’s complete and with any luck my dozen or so will pass unnoticed.

Brow moistened, I’m shown to a hand-chaser’s desk. This freer, far more demanding artistic craft involves decorating an object with a hammer and a chasing tool that looks like a curve-tipped chisel. Apparently, it takes an even more intimidating 12 months to master, which would explain why my target is now clearly a template for trial-and-error. It would also explain why the results wouldn’t look out of place on the wall of a primary school classroom.

I’m shown some finished articles – here’s one someone who knows what they’re doing made earlier – and how lovely they are. Gleaming miniature silver missiles, mightier of course than any sword, each decorated with patterns of mesmerising articulacy and personal details that mean little to me but that will speak volumes to their waiting owners. And then later, as I head away safe in the knowledge I’ve not missed a vocation, it occurs to me – a natty strap: a bespoke Yard-O-Led pen is one that will write its own story.